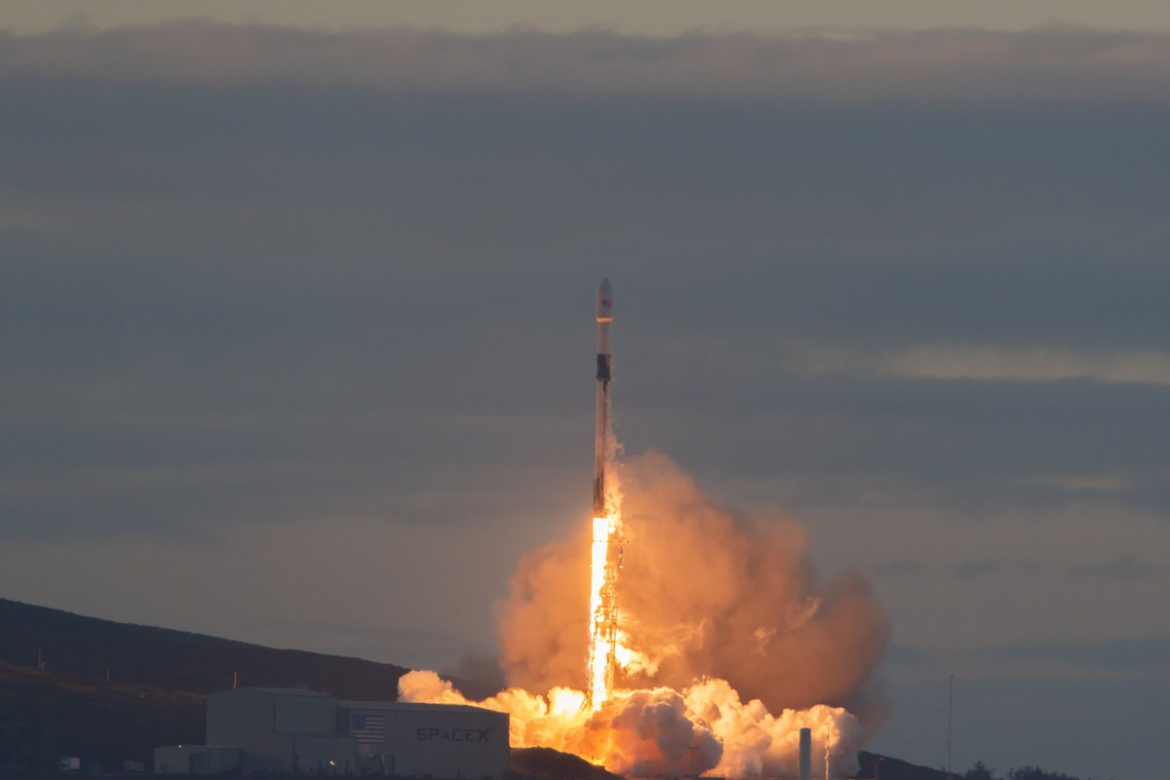 The eighth and final Iridium NEXT launch – that was conducted on Friday – will bring to fruition a near 12-year campaign to replace and upgrade the Iridium communications network in Earth orbit.

In preparation for the final launch, Iridium CEO Matt Desch talked with NASASpaceflight’s Chris Gebhardt about the personal side of the completion of more than a decade’s worth of work.

For a company that was bankrupt in 1999, the prospect of completely replacing and upgrading its extensive orbital satellite constellation was a non-starter.

But a government contract in December 2000 coupled with the sale of the company began the long road toward financial restitution for Iridium.

In September 2006, Iridium hired a new CEO, Matt Desch, not just to lead the company to greater financial success but to also upgrade and improve its existing offerings. 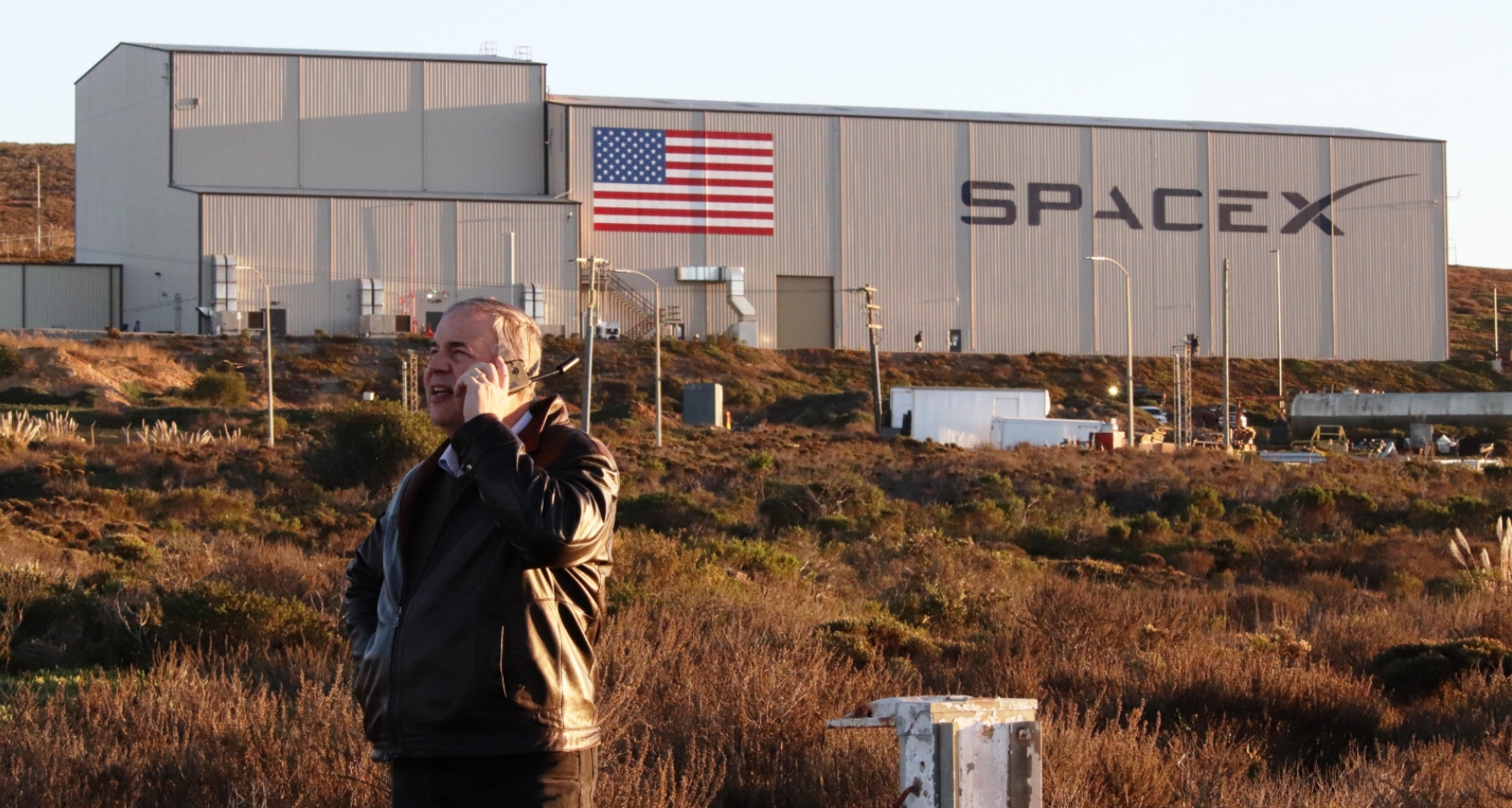 Less than a year after taking over the reins of the company, Mr. Desch announced plans for the Iridium NEXT constellation.

“It’s has been a twelve year or so journey to get to this point,” related Mr. Desch to Chris Gebhardt of NASASpaceflight.  “A lot of people when I did announce it back in 2007 shortly after I arrived I’m sure rolled their eyes and said ‘Yeah, I’ll believe it when I see it.  Weren’t they just bankrupt seven years ago? And how could they ever get through that? How could they afford it?’”

But not only could the company afford it, their plans were well-constructed to fund, build, and develop a next-generation constellation that could anticipate the needs of future telecommunication services provided from orbit – ensuring the constellation would not become obsolete shortly after launch.

But that initial announcement in 2007 wasn’t the only eye opening revelation Iridium would make in the developmental stage of the NEXT satellites.

Just three years later on 16 June 2010, Mr. Desch announced that Iridium had signed a contract with SpaceX to provide the launch services for the entire Iridium NEXT constellation – despite the fact that SpaceX had, just 12 days prior, conducted the very first launch of the Falcon 9 rocket.

“[When] I announced the original $492 million contract with SpaceX, there were a lot of people that basically said we made a big mistake because we were picking an untried supplier that wouldn’t be ready and wouldn’t be able to be there [for us].”

That original contract called for eight launches of nine satellites for a total of 72 NEXT sats – 11 operational and one spare in each plane.

But as the performance and power of the Falcon 9 grew, Iridium realized they could put 10 satellites on each Falcon 9 and downsize their contract from eight launches to just seven and save money.

“It was really great that SpaceX worked with us on that because we replaced that money with a launch of two satellites on a Dnepr rocket, which we thought a made a little more sense.  Dnper was a very reliable, well known rocket at the time,” said Mr. Desch.

But the Russian military annexation of the Crimean Peninsula from Ukraine and resulting geopolitical destabilization caused confusion as to whether or not Iridium – a U.S. corporation – could even launch on a Russian rocket due to imposed sanctions.

“They didn’t tell us that we couldn’t launch.  They just never gave approval to launch it. And so we were back to seven launches of ten.  That was seventy satellites, and that didn’t give us enough spares in orbit.”

This led Iridium back to SpaceX to work on a creative approach toward launching the remaining satellites needed for a fully operational NEXT constellation as well as enough on-orbit spares.

“There were other Dnper launch customers that wanted to get into space, and one of them was GRACE Follow-On.  And so Gwynne [Shotwell] sort of did a marriage brokering of all of this, and we worked through the details of that, and we came up with what turned out to be Iridium-6.  And that gave us five more satellites and brought us up to 75 satellites.”

In the end, Iridium will place 75 NEXT satellites into orbit for almost the original price budgeted for 72 satellites – all thanks to the increased performance of the Falcon 9 and the rideshare brokered by Gwynne Shotwell.

“The lesson learned there is stay flexible.  Work with a partner who is a can-do kind of partner like SpaceX,” enthused Mr. Desch.

The emotion of reaching the end of the launch campaign:

With the culmination of a two-year launch campaign nearly in hand, all 75 satellites of the Iridium NEXT constellation will finally be in orbit. 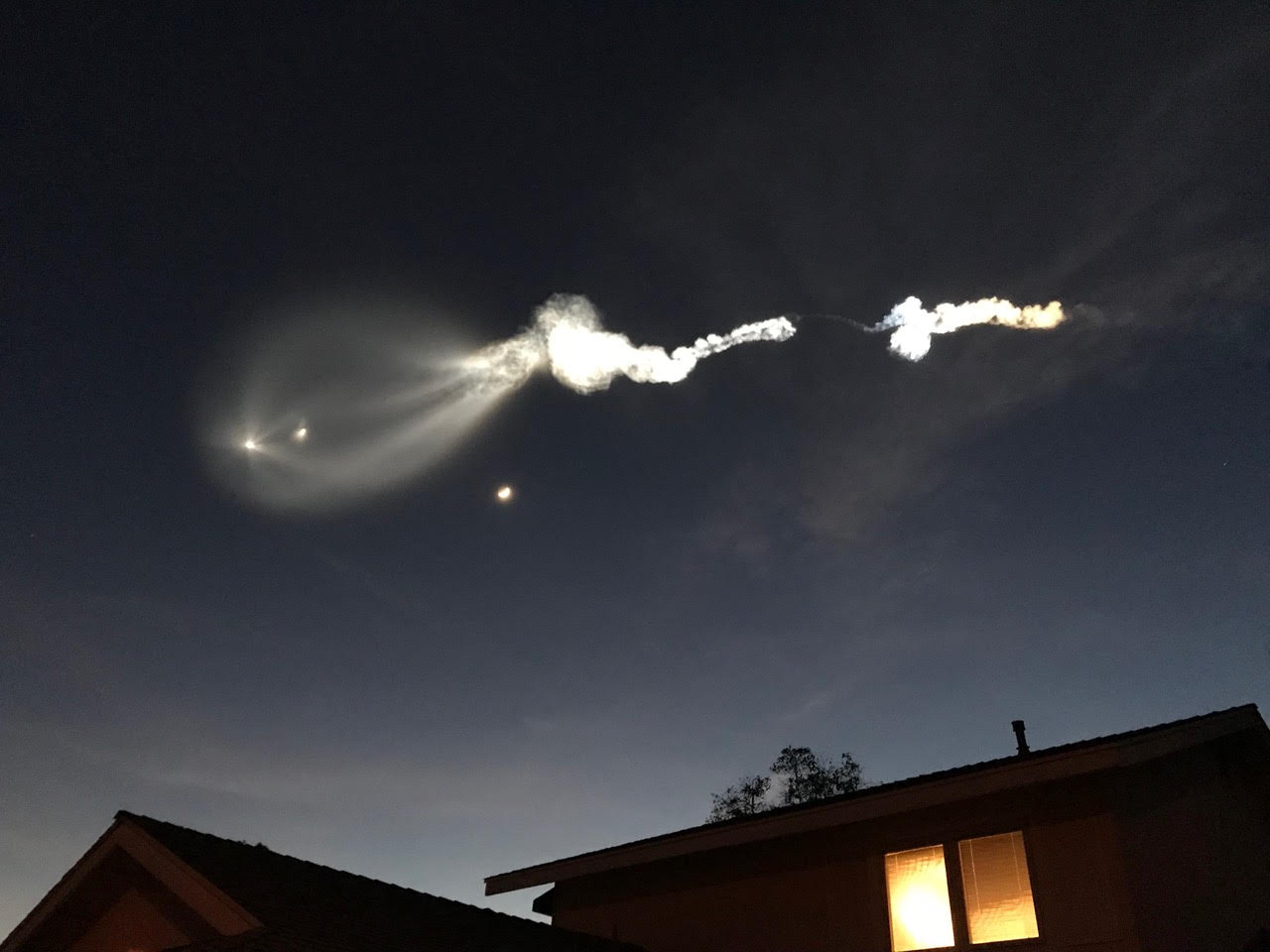 The Iridium NEXT-4 launch in December 2017 alarms some unsuspecting Angelenos. (Credit: ???)

But the focus should be firmly on the passengers: the Iridium NEXT satellites.

“When you create a building or they break ground for the new mall, everybody takes pictures of all the guys with shovels and cutting the ribbon  and all kinds of stuff. And everybody’s all excited. And I was thinking that’s the same way it is in space,” noted Mr. Desch.

But as construction projects, be they Earthbound or space-based, near completion, enthusiasm for what comes next wanes.

“To me, that’s too bad because completing Iridium NEXT is the biggest milestone we’ve ever had, much more so than the first launch,” said Mr. Desch.  “And maybe it’s a little anticlimactic. Maybe the reason why they don’t make a big press sting when they finally complete the big tall building that everybody’s been watching go up for years is that they’re kind of tired of the traffic and are just happy it’s over.

“But it’s a pretty big deal because everybody can finally move in and the dream is realized.”

The same is true with the Iridium NEXT constellation.  When the final launch is complete, the bulk of the work can begin.  The new tenants who have waited for this constellation to be complete can finally begin their operations.  A new era in space-based communications can commence. 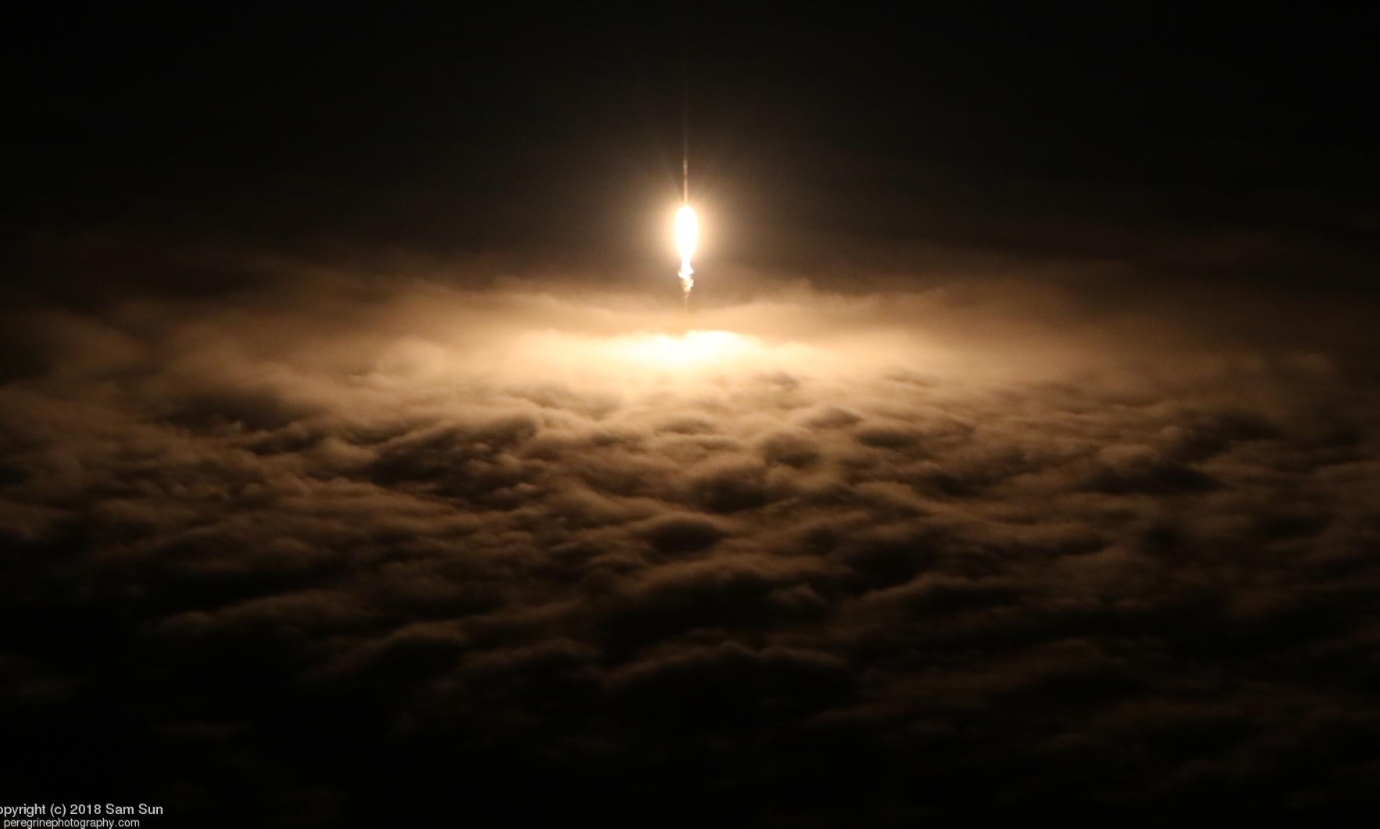 Falcon 9 flies through the cloud deck during Iridium-7. (Credit: Sam Sun for NSF/L2)

So what does it feel like to be at the precipice of such an event?

But the overwhelming feeling Mr. Desch and the entire Iridum team are feeling right now is pride.

“The overriding emotion is pride that we were able to complete what we were doing.  I’d say it’s anticipation for the future, now. The fact that what we’ve been working towards we can finally realize with these new services.  There might be some relief in there, too.”

But with this final launch also comes the culmination of Iridium’s cultural reorientation – a culture moving away from a focus on launching the Iridium NEXT constellation toward what comes after.

“We’ve been having strategic planning sessions internally.  We’ve been talking amongst ourselves, talking about what we are going to do with our newfound wealth and cashflows.  What new businesses we can conquer,” said Mr. Desch.

A fitting image to end our Iridium NEXT launch campaign. It's taken us 20 years to transform from caterpillar to butterfly, but we're looking to fully take flight on January 8th! https://t.co/FOQ245PhEx

“And so I’m really trying to keep everybody’s head out four or five years from now.  I want to think about what the next mountain is to climb and where we’re going next.”

But before that cultural shift can happen, the final batch of 10 Iridium NEXT satellites must first make it safely to orbit.

The instantaneous window has to do with a combination of a need to insert into a very precise orbit in Plane #3 – one of the six orbital planes the entire Iridium constellation is located within.

Six of these satellites will go into operation in Plane 3 while three others will remain as orbital spares.  One satellite will be drifted into an adjacent plane.

With an instantaneous window, there was no time to hold the countdown or adjust for any potential collision avoidance with known orbital objects – meaning everything had to go perfectly with the countdown and fueling process to permit a liftoff Friday. 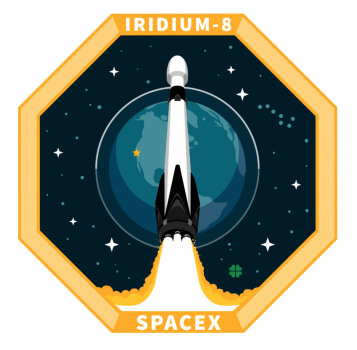 Mission patch for the 8th and final Iridium NEXT launch. (Credit: SpaceX)

SpaceX is no stranger to instantaneous launch windows, with all 17 Dragon resupply missions to the International Space Station and all seven previous Iridium NEXT launches, as well as others, having single-second launch availabilities.

The first stage was core B1049.2, which was previously used at Cape Canaveral, Florida, for the launch of Telstar 18V on 10 September 2018, and marked the 19th time SpaceX used a flight-proven core for launch operations.

Weather along the coast of California and in the downrange recovery zones in the Pacific is usually somewhat inclement.  However, SpaceX proceeded with a first stage recovery attempt on the Autonomous Spaceport Drone Ship Just Read The Instructions but did not attempt to recover the payload fairings from this mission.

Second successful landing for B1049. Grid fins really worked their magic there – lots of steering, nailed the landing. 😎🚀 #Bullseye pic.twitter.com/NleaQRL7Vl