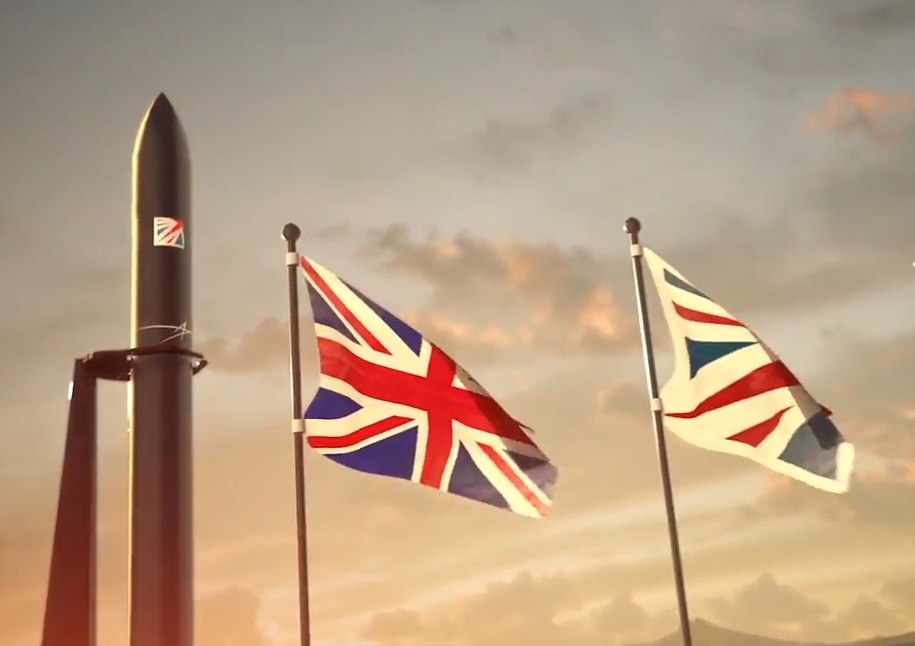 The UK Space Agency released the latest survey into the health of the UK space sector this week, showing significant growth in revenue and job creation. Authored by London Economics, the report shows the UK space industry has reversed a small contraction in 2014/15 to grow exponentially in recent years in a timely prelude to gaining domestic launch capability.

The UK isn’t known for its space industry prowess in the wider public, and historically the nation has sat on the sidelines, almost embarrassingly so for one of the world’s largest economies and a former empire of exploration.

A recent reminder of a false start for the UK’s space ambitions was put on display just last week, as one of the numerous UK companies looking to turn the tide, Skyrora Ltd, saved the Black Arrow rocket that launched the nation’s sole orbital success – with the Prospero satellite – decades ago.

Innovation Minister @Ivan_McKee was at the unveiling of the Black Arrow rocket in Penicuik today – its final flight was the first and currently only successful orbital launch to be conducted by the UK 🚀 #innovation #space @Skyrora_Ltd pic.twitter.com/4awuaS2t8Y

Since then, the UK’s space goals have spluttered. While it has always enjoyed involvement in robotic missions, its most publically followed mission involved the failure of the Beagle 2 Mars lander that hitched a ride with the European Mars Express mission – a failure that resulted in it becoming the butt of jokes on the comedy shows and tabloid media of the time.

The UK government lack of interest in the bigger picture – notably crewed space flight – was epitomized by then Prime Minister Margaret Thatcher feigning interest in a potential partnership in the forerunner to the International Space Station (ISS).

A handful of photos show the Prime Minister being shown a model of what was then “Space Station Freedom” by President Ronald Reagan in 1984. However, despite the strong alliance between the two leaders, the UK refused to become a partner. 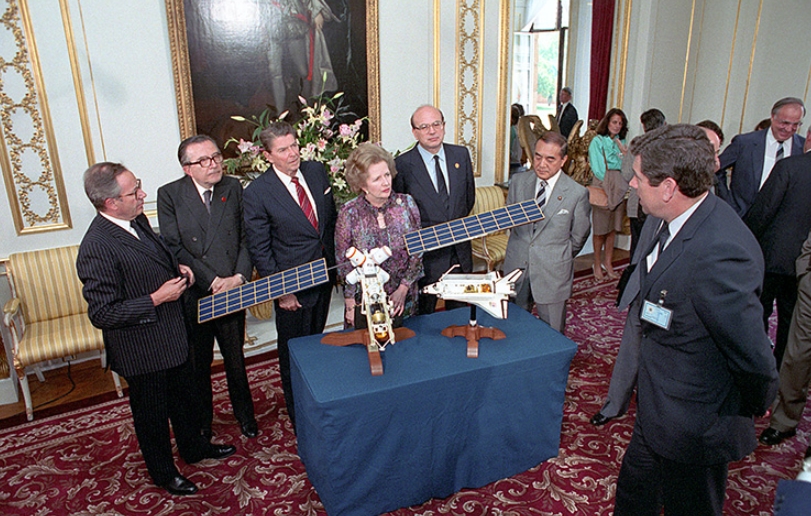 In fact, just two years later, Prime Minister Thatcher decreed the UK would have nothing to do with a “manned program” and effectively banned the possibility of UK astronauts by refusing any associated government funding.

Although Helen Sharman flew to the Russian Mir Space Station in 1991, her flight wasn’t part of any UK government program and effectively won her place by competing in an advertised competition to be involved in the Soviet scientific space mission, Project Juno.

Sharman’s Union Jack patch on her SOKOL Zvezda spacesuit proved to be a one-off until recent times, despite several more British-born astronauts flying into space.

Michael Foale, Piers Sellers, Nicholas Patrick and Gregory H Johnson were all British born astronauts but flew with US patches on their arms after becoming US citizens. 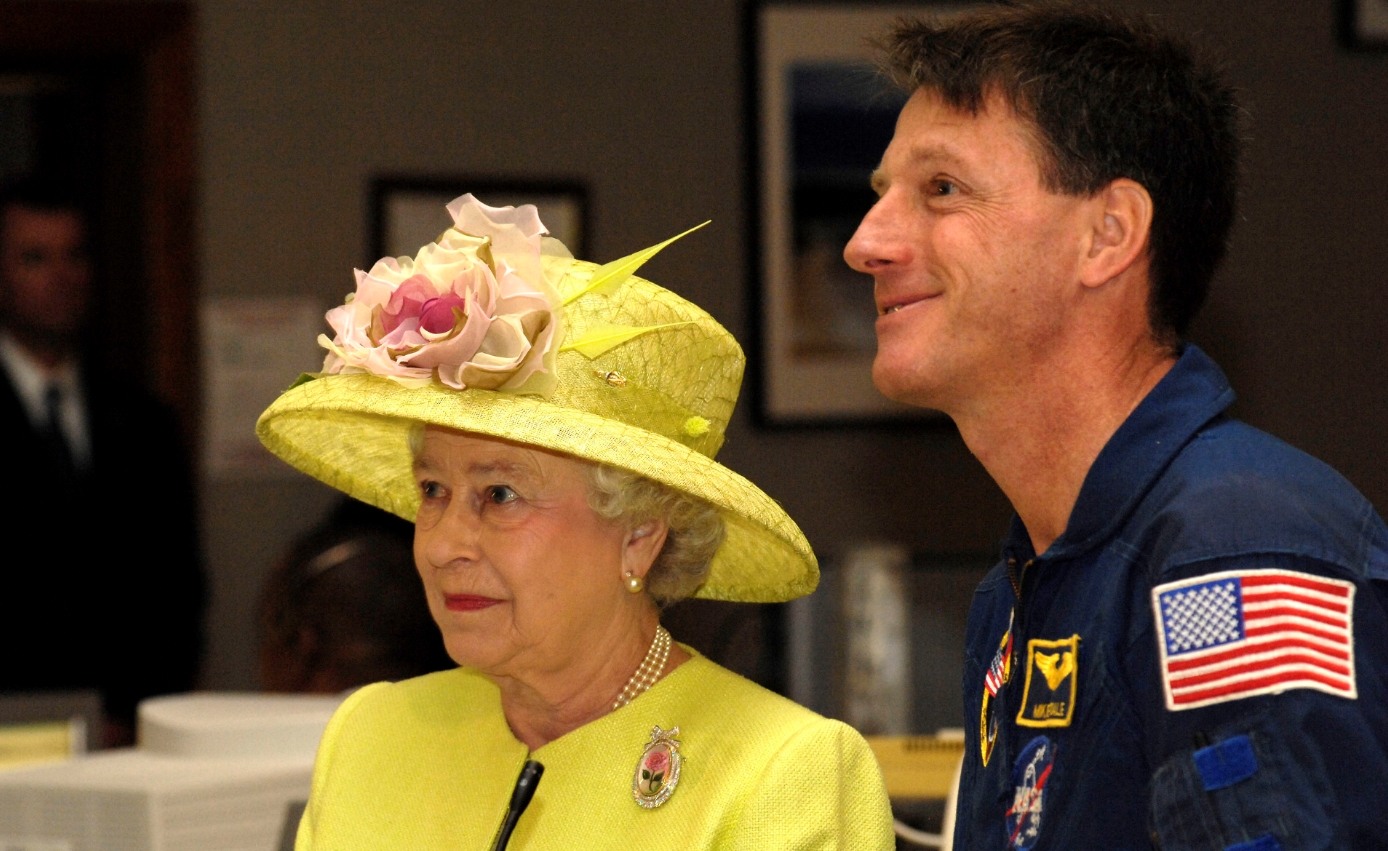 The tide started to change when Lord Drayson, UK Science Minister at the time, marked the 40th anniversary of the Apollo 11 moon landing by stating UK astronauts would once again become a possibility.

“Britain should be playing a full role in space exploration. There was a special fund for training astronauts and we did not contribute, but that is now changed. There are important benefits that come from manned space-flight and we have dropped our opposition. We have an astronaut entering training soon and I hope he will be the first of many.”

That paved the way for Tim Peake’s selection by the European Space Agency (ESA) to fly to the ISS. The likable and charismatic former Army major re-ignited the UK public’s interest in its domestic space ambitions. 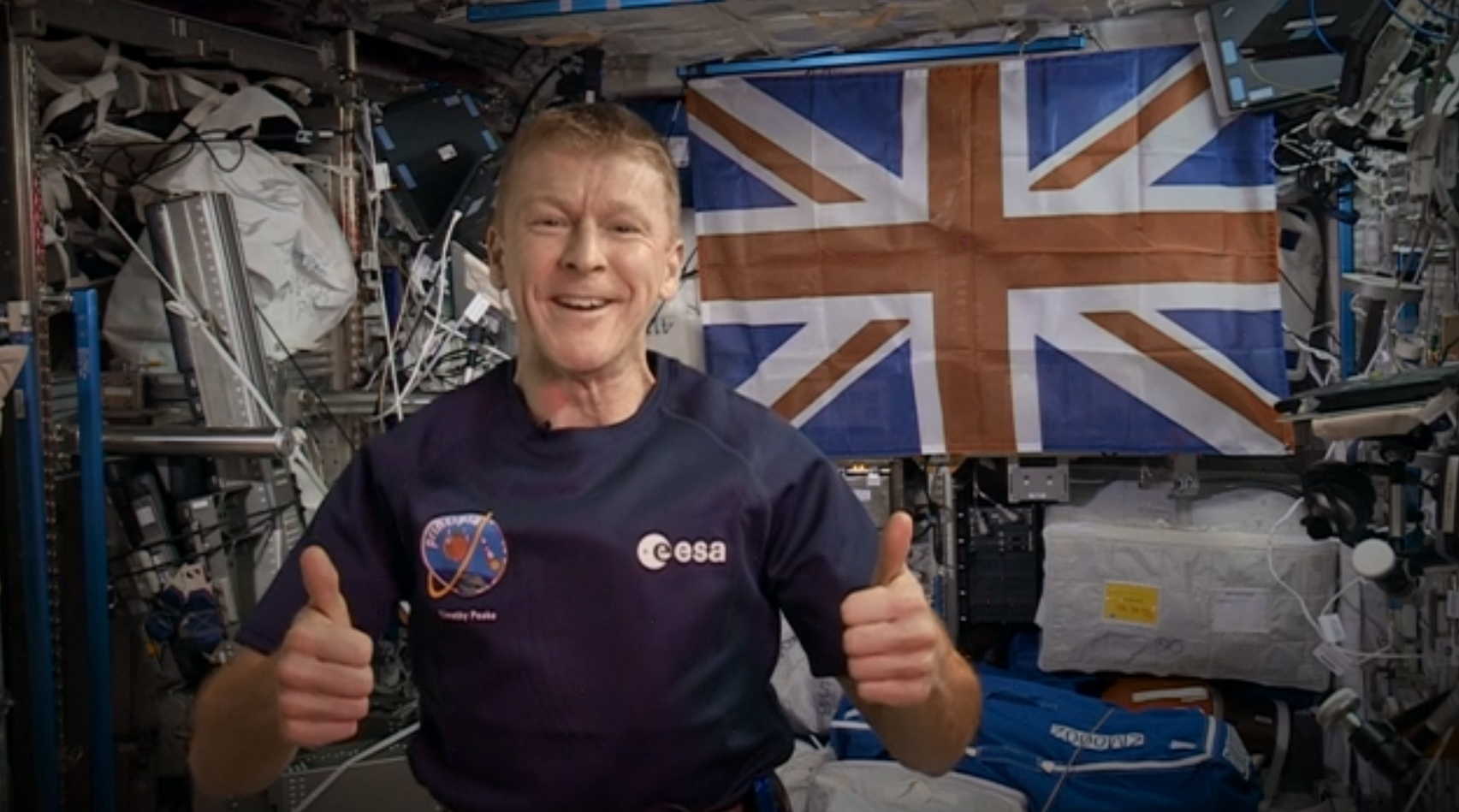 Tim Peake on the ISS – via ESA

Surrounding Peake’s successful tour onboard the orbital outpost, the UK government capitalized on its newfound space legs by investing money into the ESA-run Service Module for NASA’s Orion spacecraft and announcing plans for a UK spaceport.

On the latter, those plans for a spaceport have switched focus from a potential suborbital mini-clone of Spaceport America (although a “horizontal” launch site is still under consideration) to an actual orbital launch site in Scotland.

Led by the rising star of the UK governments growing interest in capitalizing on the space sector, the UK Space Agency (UKSA), the first vertical launch site will be based in Sutherland on the north coast of Scotland. 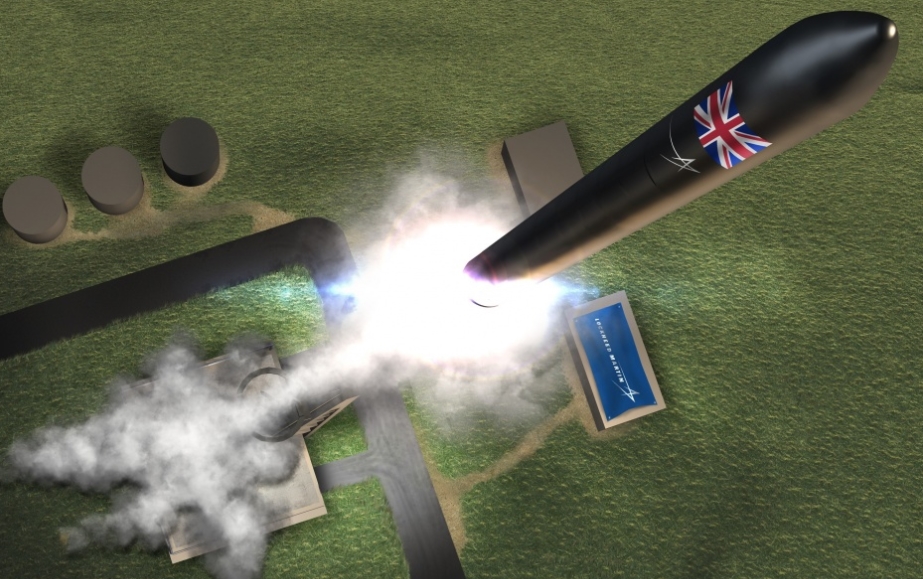 Although it will be catered towards the smaller class of suborbital and orbital launch vehicles, it has already attracted the attention of US space giant Lockheed Martin – and British startup Orbex – who have already signed up to help develop the site and the Small Launch Orbital Manoeuvring Vehicle (SL-OMV) catering for the cubesat market.

Orbex also has its own launch vehicle called Prime under development. Other companies – such as Rocket Lab – have also expressed interest in the launch site.

Launching cubesat class satellites from the UK has an obvious synergy, with SSTL in England and Clyde Space in Scotland already well-established companies in the global small satellite arena.

In fact, it has been the continued growth in the small satellite sector that has driven the UK’s accelerated growth in the latest survey published this week via the UKSA.

Total income is now standing at £14.8 billion according to Science Minister Chris Skidmore, up by over a billion pounds since the previous report in 2016, while employment is up from 38,522 to 41,900 and exports up from £5 billion to £5.5 billion. The report also shows that an average of 39 new companies have been added to the UK space sector every year since 2012.

*The full report can be read here*

Much of this growth is due to space manufacturing, including satellites, ground systems and components, which increased at a rate of 27 percent per year.

“Our Space industry is a great UK success story. New innovations and pioneering experts are helping the sector to grow faster than the rest of the economy as whole,” added the Minster. The industry is not only providing thousands of new high-skilled jobs but supports a wealth of other sectors worth an estimated £300 billion to the UK.

“By investing in important infrastructure such as the National Satellite Test Facility near Oxford and establishing satellite launch capabilities, our modern Industrial Strategy is helping our space sector to thrive.”

The timing of the upsurge in the UK space sector comes at a time where the country is set to head into new geopolitical and economic waters following the decision of the UK public to leave the European Union in the 2016 referendum.

Although this does not impact on the UK’s membership with ESA, it has affected the UK’s role in the Galileo global navigation satellite system (GNSS) which is run by the EU. 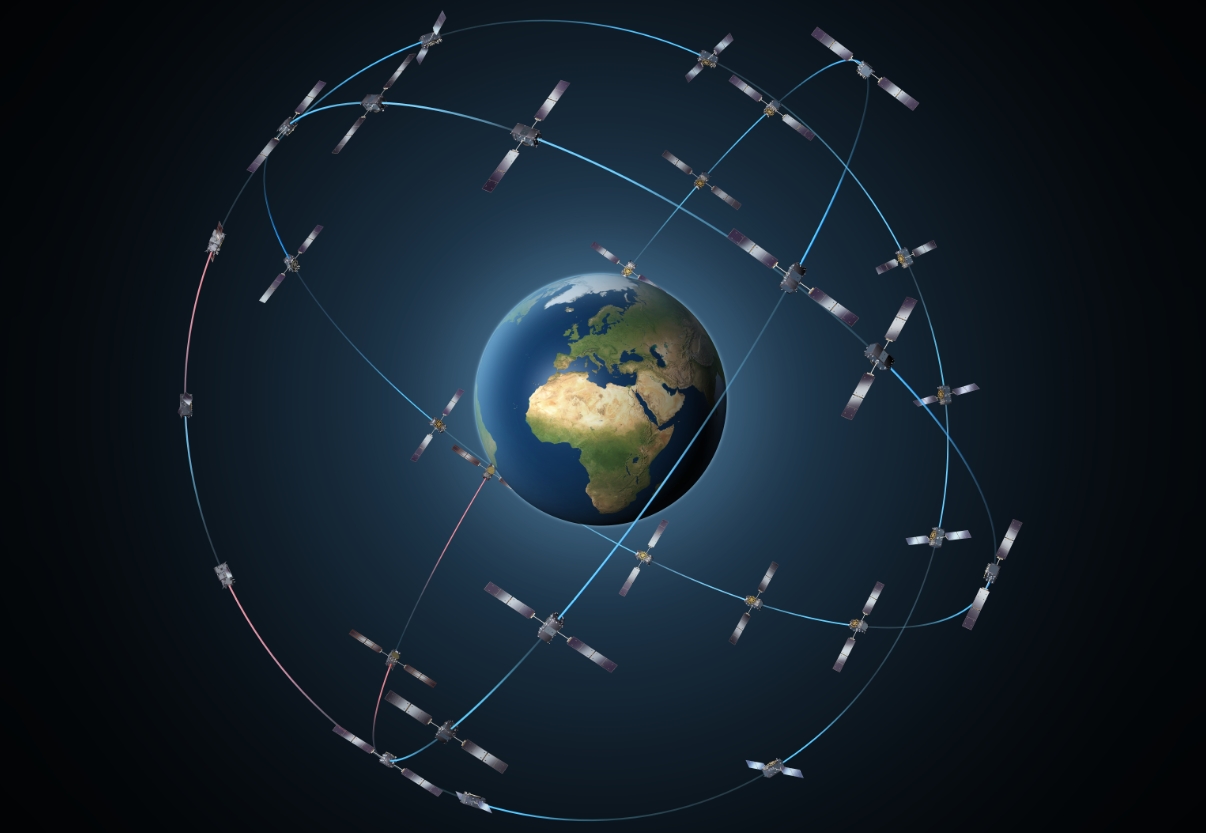 The Galileo satellite constellation – via ESA

Despite over a billion pounds already invested in Galileo by the UK, the government has withdrawn from the project after the EU stopped UK companies from competing for future contracts.

While the UK government claims it will claim a refund on money already invested, it also stated it will look to build a domestic GNSS – although it is not clear if that is a negotiation tactic to gain some “passive access” to Galileo, not least as a domestic system would cost many billions of pounds.

However, if the UK is left with no alternative other than to create a domestic GNSS, it has proven it has a strong satellite industry base to call upon to design and build such a system, although the challenge of launching the constellation would likely result in outsourcing the launches to foreign launch providers.

Regardless of the GNSS question, the UK space sector has now laid the foundations for continued growth and may soon see the first orbital launch take place from within the UK.

As new lunar race heats up, the Moon answers a centuries old question of craters on Earth