As new lunar race heats up, the Moon answers a centuries old question of craters on Earth 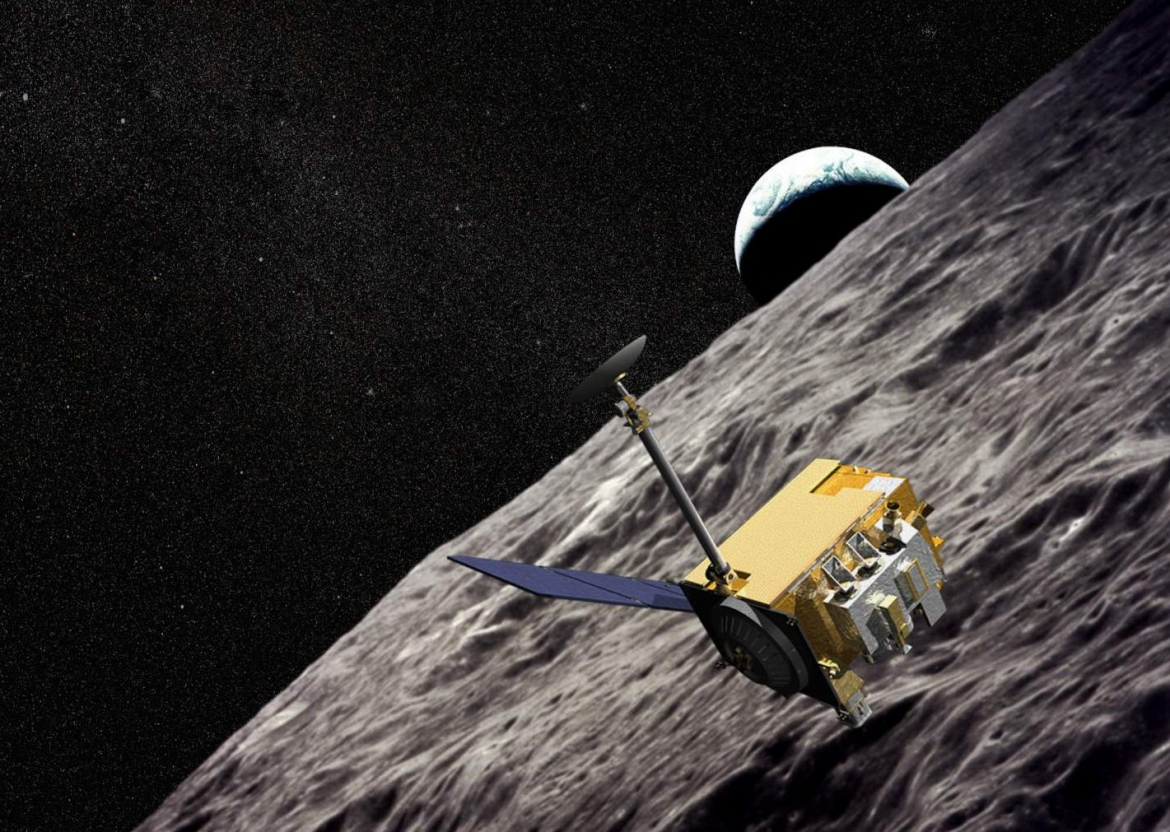 For the second time in as many months, a new mission to the moon is nearly ready to launch.  As the new Moon race heats up, lunar science continues to expand our understanding of our constant gray companion and has revealed an answer to a centuries old question of asteroid bombardment in Earth’s past.

February will see yet another flight to the moon, this time in the form of a rideshare mission launching aboard a SpaceX Falcon 9 rocket No Earlier Than 20:58 EST on Monday, 18 February (0158 on 19 February) from SLC-40 at the Cape Canaveral Air Force Station, Florida.

The rideshare will see both passengers, the SpaceIL (an Israeli company) lunar lander and the mission’s primary satellite: Nusantara Satu, deployed into a Geostationary Transfer Orbit.

The Israeli lunar lander will then perform a series of burns over the course of three Earth orbits to spiral it outward for eventual capture by the Moon’s gravity.

After two subsequent lunar orbits, the lander will then seek to perform a soft touchdown on the Moon about two months after its launch.

If successful, the mission will make Israel the fourth nation to achieve a soft landing on the Moon, after Russia, the United States, and China.

We’re on the way to the #moon! When you’re getting reading to board an airplane, you drop off your luggage, stamp your passports, go through customs and fly to your destination. But how does this work with a #spacecraft?
WATCH 🎦 #IsraelToTheMoon pic.twitter.com/JEVLqK3ris

The flight was originally part of the Google Lunar X-prize, which sought to award a $20 million prize to a privately funded company that could achieve a soft landing on the Moon, travel 500 meters, and return high-definition images and video.

The competition’s cash prize element was officially canceled last year after no company could meet the extended deadline of 31 March 2018.

While increasing interest in lunar exploration is exciting and important, it should not overshadow the scientific observations continuously being conducted of the Moon – observations that reveal the story of the formation of the solar system and historical asteroid impact numbers on Earth.

Asteroid of Earth’s past:

Asteroid impacts on bodies throughout the solar system are simply a matter of existence. Scientists have long sought to characterize the number of asteroid impacts to Earth over various periods of time since its creation 4.5 billion years ago. 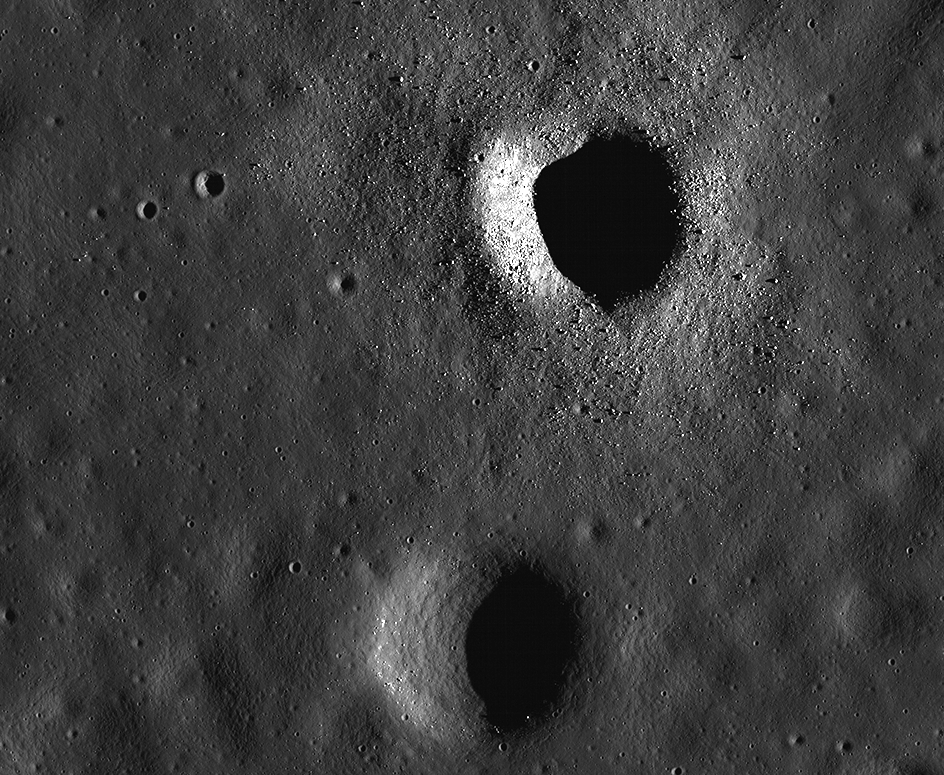 But analysis of data obtained from NASA’s Lunar Reconnaissance Orbiter (LRO) has thrown part of that understanding into question, with a team of scientists asserting that the number of asteroid impacts to the Moon and Earth increased by two to three times beginning about 290 million years ago.

Arguably the most famous asteroid impact to Earth occurred 65 million years ago near present-day Chicxulub, Mexico – an impact responsible for the mass extinction that eliminated, among other living things, the dinosaurs.

The Tunguska Event on 30 June 1908, almost certainly a mid-air explosion of a rocky or metallic celestial body, is a far more recent example of the dangers large asteroids pose to life on Earth.

In fact, small chunks of rock leftover from the formation of the solar system strike Earth’s atmosphere every day, most of them burning up harmlessly in the atmosphere – what little of them remaining after atmospheric entry dropping harmlessly to the ground or into the ocean.

So why do scientists care about categorizing the number of asteroid impacts to Earth over various periods of its existence? And why does a two to three times increase in asteroid impacts starting 290 million years ago matter?

The answer lives in our desire to understand the formation of the solar system and the composition of the various regions of our home system we see today. 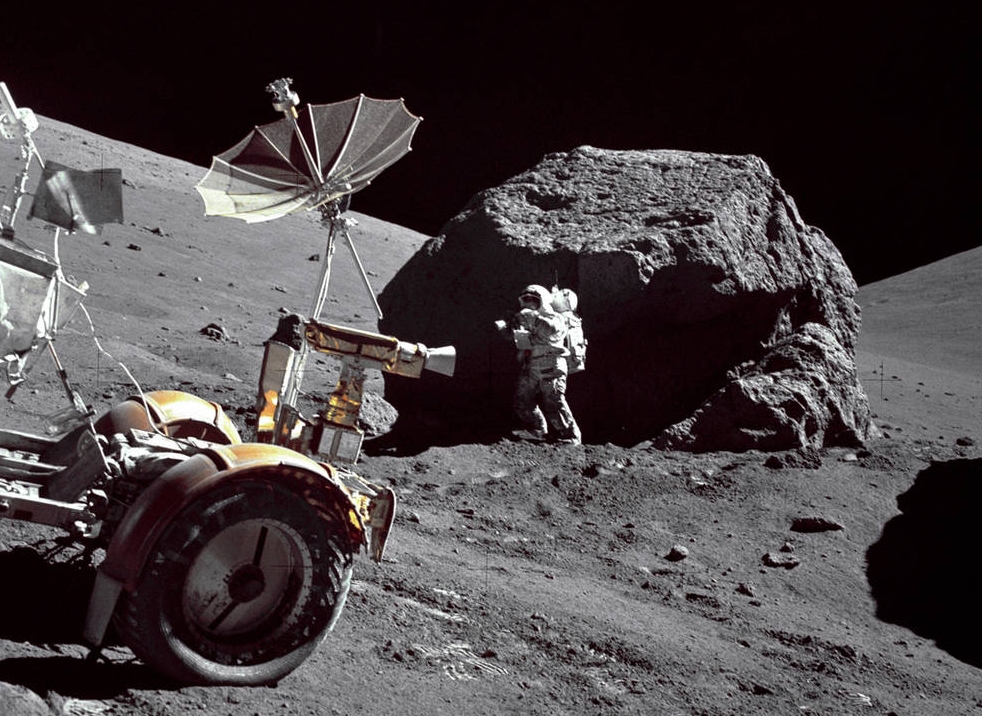 Geologist-Astronaut Harrison Schmitt next to a huge, split boulder on the sloping base of North Massif during the third Apollo 17 extravehicular activity at the Taurus-Littrow landing site in December 1972. (Credit: NASA)

“We’ve known since the Apollo exploration of the Moon 50 years ago that understanding the lunar surface is critical to revealing the history of the solar system,” said Noah Petro, an LRO project scientist based at NASA Goddard Space Flight Center.

But while we can see the numerous craters on the Moon, determining their age was not possible until the Lunar Reconnaissance Orbiter and its thermal radiometer, Deviner.

“One thing [LRO’s] instruments have allowed us to do is peer back in time at the forces that shaped the Moon; as we can see with the asteroid impact revelation, this has led to groundbreaking discoveries,” said Petro.

Using LRO’s diviner instrument, scientists were able to study the amount of heat radiated from the Moon’s surface, which in turn allowed them to determine crater ages.  This was accomplished by determining how many of the impact craters were covered by warm, large boulders that had not yet had time to be worn down into lunar soil, or regolith – a process the takes hundreds of millions of years.

With this data, the team was then able to compile a list of lunar craters younger than 1 billion years old.  Working backwards from there, they were able to determine the ages of craters, leading to the understanding that crater formation – the number of asteroid impacts – on the Moon and Earth increased by two to three times beginning about 290 million years.

The increase in impact rate could point toward a collision event in the asteroid belt roughly 300 million years ago, debris from which would be capable of reaching the inner solar system and striking Earth and the Moon.

This increased rate of asteroid impact also changes scientists’ understanding of the number of craters on Earth older than 290 million years.

Previously, scientists had thought that many of the craters they believed should exist that would be older than 290 million years had been eroded away by wind, rain, and tectonic forces.

In short, Earth isn’t missing any of its older craters; they’re here.  Scientists just didn’t have the correct understanding of the rate of asteroid impact to Earth in the years prior to 290 million years ago.