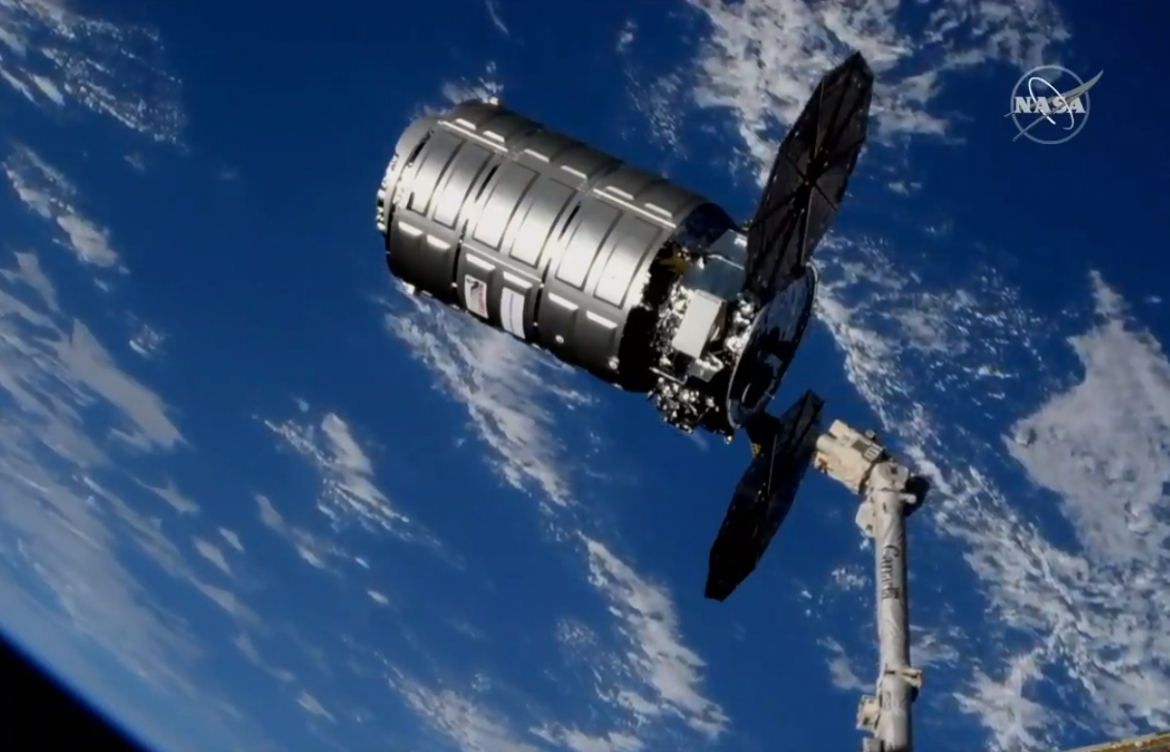 Three months after its arrival at the International Space Station, the NG-10 Cygnus, named S.S. John Young, has departed the Station with it 5,500 lb (2,494 kg) of trash and disposable equipment.  The S.S. John Young will now spend an additional 17 days in orbit performing a post-ISS nanosatellite deployment mission before conducting a destructive reentry into Earth’s atmosphere on Monday, 25 February.

The 10th contracted resupply flight of Cygnus to the International Space Station was the first to fly completely under the banner of Northrop Grumman, which acquired Orbital ATK in June 2018 during the then-ongoing OA-9E Cygnus mission.

Cygnus is no stranger to flying under multiple company names.  First built by Orbital Sciences as part of the initial round of Commercial Resupply Services for NASA to the International Space Station, the first Cygnus missions – the demonstration flight and resupply flights Orb-1, -2, and -3 – all flew under the Orbital Sciences flag.

After the Orb-3 mishap on 28 October 2014, Orbital Sciences and ATK – another NASA stalwart – merged to create Orbital ATK.  Subsequent Cygnus flights OA-4 through OA-8E all flew as part of that joint company.

For the NG-10 S.S. John Young, Station crew spent the last few weeks packing the spacecraft with supplies and trash no longer needed aboard the outpost before closing Cygnus’ forward hatch and the corresponding port aboard the Station.

As part of departure operations, ISS Flight Engineers Anne McClain (NASA) and David Saint-Jacques (Canadian Space Agency), entered the Cupola workstation on the end of Tranquility (Node-3) and used Canadarm2, the Station’s robotic arm, to grapple Cygnus prior to ground controllers sending commands to unbolt the spacecraft from its berth on the Unity (Node-1) module.

McClain and Saint-Jacque then maneuvered the S.S. John Young to its departure attitude and location 10 meters from the ISS.

After a series of readiness checks from NASA Mission Control Houston (MCC-H) and Northrop Grumman Mission Control Dulles (MCC-D), a “go” to release the spacecraft was given.

McClain and Saint-Jacques then sent commands to Canadarm2’s Latching End Effector (the arm’s hand) snares to release Cygnus; they then backed the arm away from the spacecraft before Cygnus pulsed its maneuvering thrusters to begin departure from the Station.

Cygnus will fly a straight-line trajectory under the careful watch of MCC-H, MCC-D, as well as McClain and Saint-Jacques, heading directly away from the International Space Station.

Once Cygnus passes outside the 200 meter Keep Out Sphere (KOS) surrounding the Station, MCC-H and the Station astronauts will pass complete control of the S.S. John Young to Northrop Grumman in Dulles. 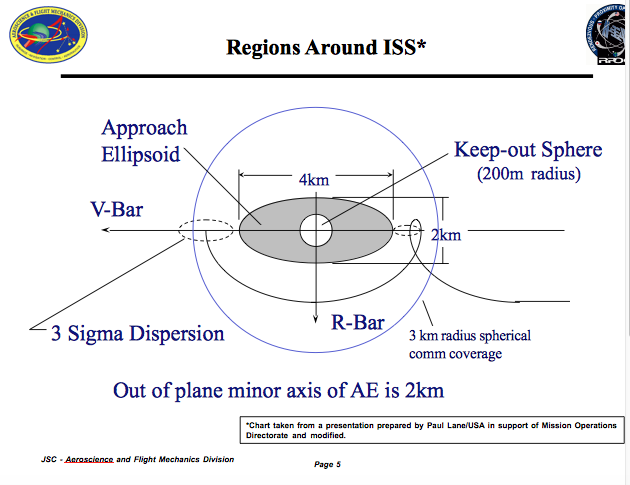 As is customary with Cygnus missions, the craft’s departure from the Station does not signal the end of its flight, merely the completion of its primary objective and commencement of its secondary mission.

After leaving ISS, Northrop Grumman controllers will fire Cygnus’ engine to raise the craft’s orbital altitude above that of the Station’s.

In this higher orbit, Cygnus will deploy two CubeSats for NanoRacks: MySat-1 and CHEFSat.

MySat-1 is the first NanoRacks payload launched for the United Arab Emirates and is a joint program from Yahsat, Khalifa University of Science and Technology and Northrop Grumman.

MySat-1 is an educational satellite to help students learn how to build durable satellites with skills that can be upscaled to larger, scientific probes.

Joining MySat-1 in the high orbit deployment is CHEFSat from NASA.  According to NASA, CHEFSat (Cost-effective High E-Frequency Satellite) will test consumer communications technology for use in space by flying a consumer-grade radio frequency device with the goal of preparing a low cost and readily available technology for mission use.

Once #CHEFSat & #MySat1 are deployed above #ISS altitude, #Cygnus will travel well below @Space_Station to deploy #KickSat2, a #CubeSat from @NASAAmes & @Stanford. #KickSat2 will release small #ChipSats, tiny spacecraft on circuit boards, which will burn up after a few days #NG10 pic.twitter.com/N2bwHmB5h7

After those two deployments, Cygnus will lower its orbit below that of the Station’s.  From this lower altitude, a third CubeSat, known as KickSat2 – itself carrying 100 ChipSats – will be deployed.

According to NanoRacks, each ChipSat (a NASA Ames and Stanford University partnership) includes a power, sensor, and communication system on a printed circuit board that measures 3.5 by 3.5 cm, with a thickness of a few millimeters and a mass of less than 3.5 ounces.

Released below the Station’s orbital altitude, the ChipSats will burn up harmlessly in Earth’s atmosphere within a few days of their release from Cygnus.

The CubeSat element of Cygnus’ mission is designed to foster commercial activity and growth within the space sector while also enabling low-cost testing of new technologies that may one day become staples of space exploration.

After releasing its CubeSat passengers, Cygnus will maneuver for its deorbit burn, currently scheduled for Monday, 25 February 2019.  As with all previous Cygnus missions, the re-entry will be a destructive one, with the S.S. John Young burning up harmlessly over the southern Pacific Ocean.