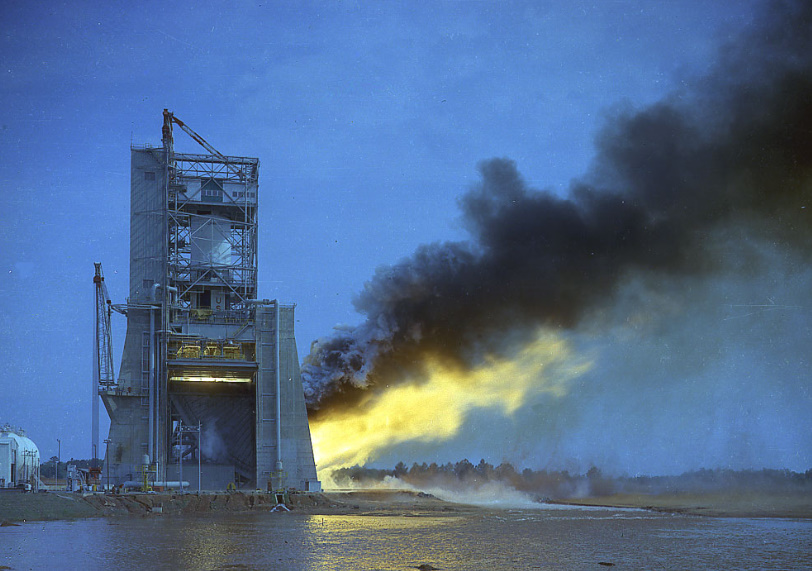 Blue Origin has signed a Commercial Space Launch Act agreement with NASA for the use of the historic 4670 test stand at the Marshall Space Flight Center (MSFC). Despite setting up its own in-house test stands, including one that is being constructed at their Cape Canaveral launch site, Blue Origin is now also set to test BE-3U and BE-4 engines at the famous test center using the same stand the mighty Saturn V F-1 engines fired up in the 1960s.

Under a Commercial Space Launch Act agreement, Blue Origin will upgrade and refurbish Test Stand 4670, at MSFC in Huntsville, Alabama, to support testing of their BE-3U and BE-4 rocket engines.

NASA identified the 300-foot-tall, vertical firing test stand at Marshall as an underutilized facility and posted a notice of availability in 2017 to gauge commercial interest in its use. Blue Origin responded and a team was commissioned to begin exploring the proposed partnership.

Under the agreement, Blue Origin will pay for the investments it makes to prepare the test stand for use, as well as any direct costs NASA incurs as a result of Blue Origin use of the stand.

While a lot of attention has been placed on SpaceX’s Raptor engine that will power the Super Heavy booster and Starship vehicle, Blue Origin’s BE-4 will be a powerhouse of an engine in its own right.

Blue Origin is already deep into testing the BE-4 on its test stand in West Texas, achieving numerous milestones. It is also set to have an engine test facility at its Cape Canaveral launch site, which is still being developed.

The fact Blue Origin is building a BE-4 engine test stand at LC-11 points to this being dedicated to East Coast New Glenn launches, whereas the Marshall facility is likely to be focused on Vulcan rockets, not least due to its locality in the same State ULA builds its rockets.

It may also be possible that Blue Origin required a facility where booster stages could be tested with their engines, as opposed to single engine test stands like their facility in West Texas.

Constructed in 1965, Test Stand 4670 served as the backbone for Saturn V propulsion testing for the Apollo program, which celebrates its 50th anniversary this year.

Today in 1965, all five F-1 engines built for the Saturn V rocket were tested for the first time, rocking @NASA_Marshall and the city of Huntsville, Alabama. pic.twitter.com/D4UC6aMB13

Later, it was modified to support testing of the space shuttle external tank and main engine systems, before that work – specifically testing the Shuttle’s RS-25 engines – moved to the Stennis Space Center.

The facility has been inactive since 1998.

“This test stand once helped power NASA’s first launches to the Moon, which eventually led to the emergence of an entirely new economic sector – commercial space,” said NASA Deputy Administrator Jim Morhard. “Now, it will have a role in our ongoing commitment to facilitate growth in this sector.”

Although, as noted, the engines tested at the NASA facility will be powering commercial rockets, be it New Glenn or Vulcan, the continued marriage between commercial space and Agency’s main goals may see those vehicles playing a role in deep space projects such as launching elements of NASA’s Gateway or lunar surface hardware.

Testing the engines in a NASA facility for potential NASA missions will add credence to their involvement in flagship missions for the Agency, while Blue Origin gain use of NASA facilities in return. 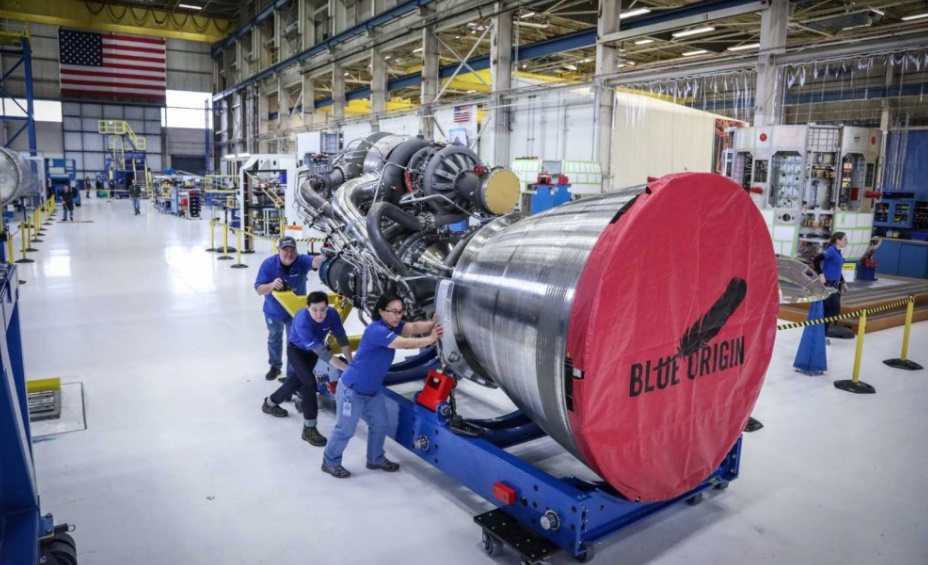 “We’re excited to welcome Blue Origin to our growing universe of commercial partners,” said Marshall Center Director Jody Singer. “This agreement ensures the test stand will be used for the purpose it was built.”

The stand is a “Multiple Position” facility with ambient test capability. It has two positions in which it can be used, namely TF 4670 Position 1 with a maximum thrust of 750 K lbf and Position 2 allowing for 1000 K lbf. It is capable of supporting LH2, LOX, RP-1, GH2 and Ghe propellants.

Such is the capacity of the stand, Blue Origin may be thinking forward to engines with increased thrust, such as for its very notional New Armstrong rocket.

“I am thrilled about this partnership with NASA to acceptance test both BE-4 and BE-3U engines at Test Stand 4670, the historic site for testing the Saturn V first stage and the space shuttle main engines,” said Bob Smith, chief executive officer of Blue Origin.

“Through this agreement, we’ll provide for the refurbishment, restoration and modernization of this piece of American history – and bring the sounds of rocket engines firing back to Huntsville.”