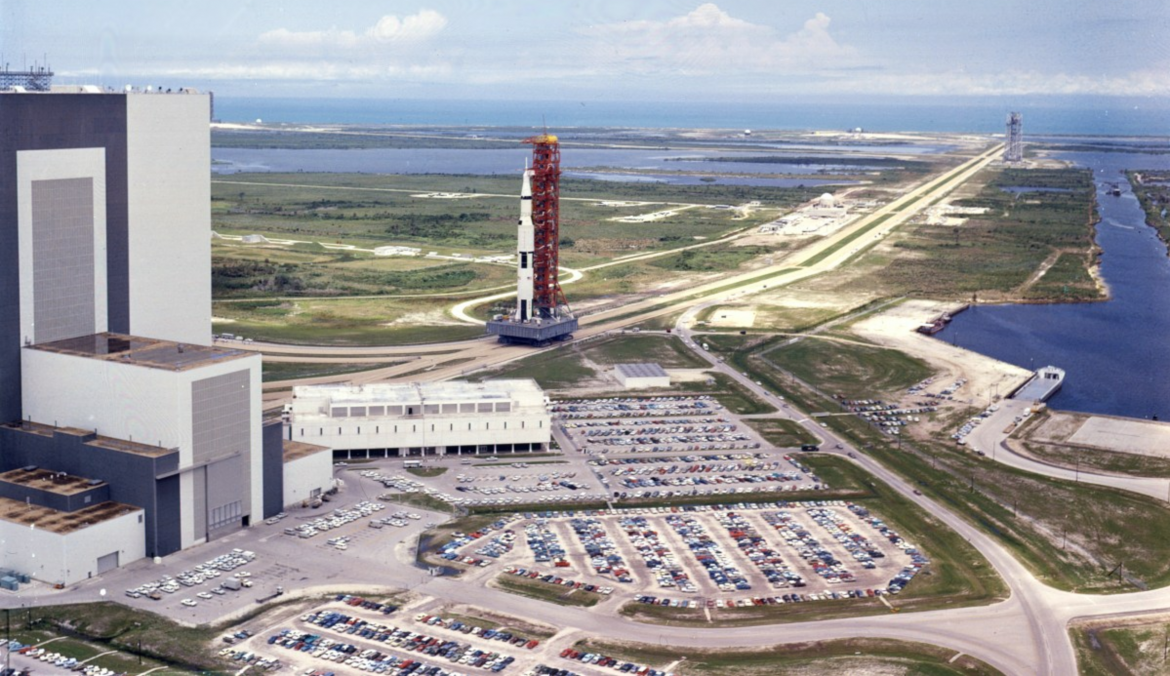 Fifty years ago today, the massive Saturn V rocket for the Apollo 11 mission that would fulfill President Kennedy’s goal of “landing a man on the moon and returning him safely to Earth” before the end of the decade began rolling out to Launch Complex 39A at the Kennedy Space Center, Florida.

That same day, NASA managers met to select a formal target launch date.  That meeting resulted in 16 July 1969 being chosen as Apollo 11’s launch day – a target the mission would meet.

This article presents these historic events “Live” as they occurred on that day.

The trip down the crawlerway is expected to take roughly six hours, with the vehicle arriving on its seaside launch stand around 18:30 EDT.

Rollout of what promises to be NASA’s most important mission to date comes as the three astronauts of the Apollo 10 mission continue their outward trip to the moon. 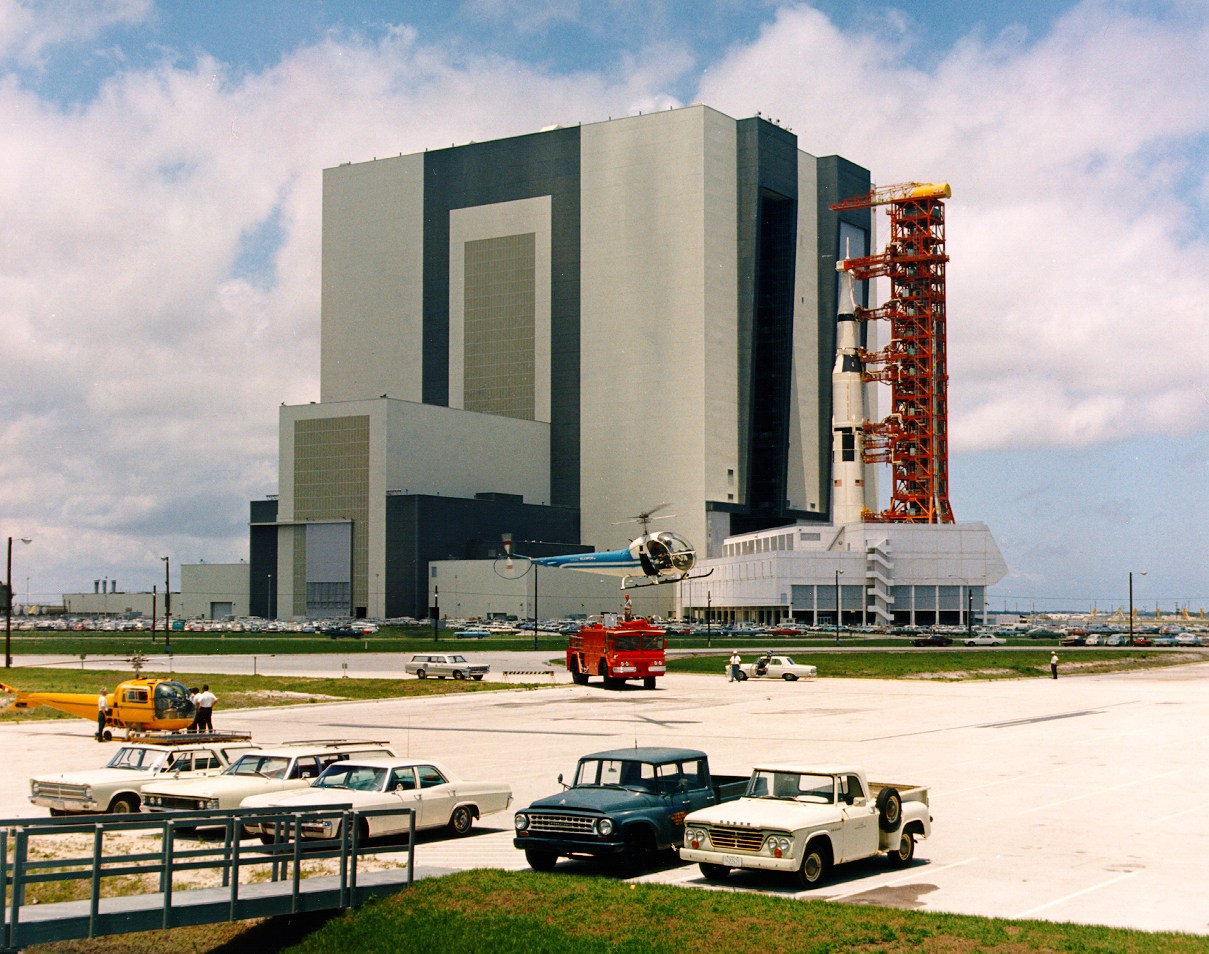 If all goes to plan, the Apollo 10 crew will perform a near complete dress rehearsal for Apollo 11, with the mission’s crew doing everything except land on the Moon’s surface.

Provided all goes well with Apollo 10 and lunar orbit checkout of the lunar module’s radar and guidance systems, the Apollo 11 rocket and spacecraft will complete just under two months of pad processing operations that will fully test the rocket and prepare it for the first human lunar landing mission.

The process of getting Apollo 11 to the pad has taken years to fulfill and followed months of stacking operations inside VAB High Bay 1.

Stacking began on 21 February 1969 when the S-IC first stage was lifted from the transfer aisle into High Bay 1 for stacking on the Mobile Launcher (ML).

A couple of weeks later, the S-II second stage was hoisted into High Bay 1 for mating with the first stage.

This was followed on 21 March by the mating of the S-IVB third stage. 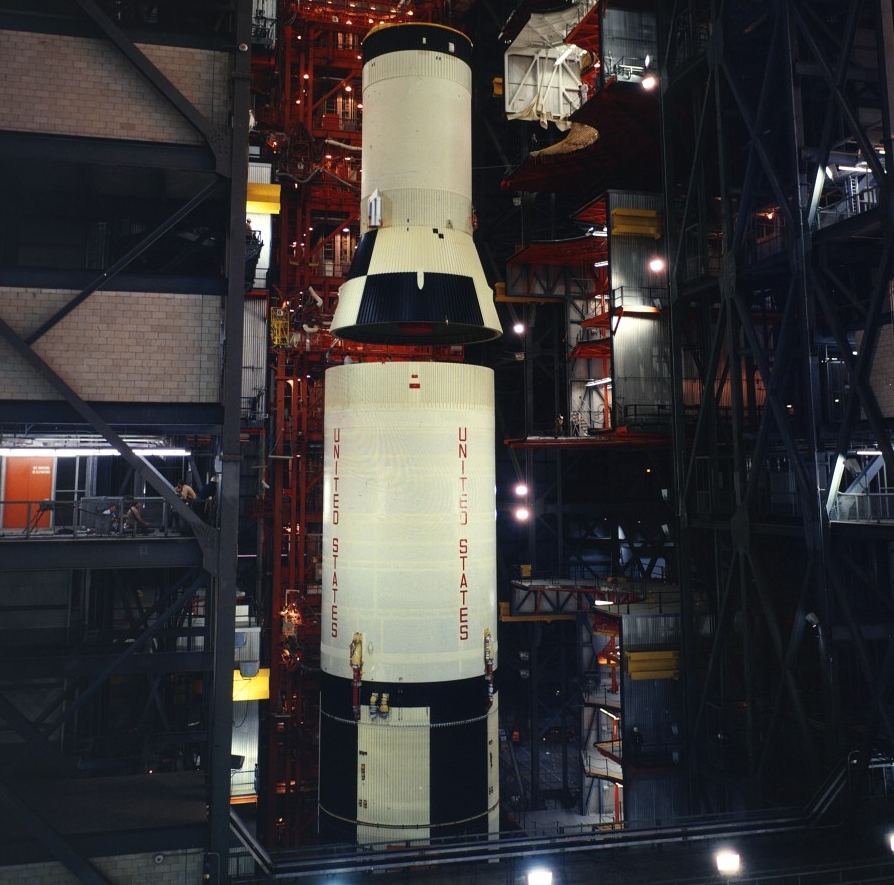 The Saturn V third stage is lowered for mating with the second stage in VAB High Bay 1 on 21 March 1969. (Credit: NASA)

The adapter and CSM duo were then transferred to the VAB where they were hoisted into High Bay 1 and mated to the top of the launch vehicle on 1 May 1969.

An added safety feature making its debut with Apollo 11 is a rubber shroud encasing the CMS to help protect it against the torrential rains of Central Florida’s east coast.

While NASA did not speak directly to the connection, officials with knowledge of the new shroud stated it was conceived of and built following the Soviet Union’s fatal in-flight accident on Soyuz 1, which Soviet officials have attributed to melting snow on the vehicle’s surface that waterlogged the parachute.

With rollout underway, NASA plans just under two months of pad processing for the Apollo 11 vehicle.

This will include a complete checkout of the rocket, a countdown demonstration test, and a full up fueling of the launch vehicle to try to ferret out any problems that need to be fixed before the mission’s single-day launch window in July.

A week-long countdown demonstration test is planned for June.  This test will see the launch team practice every part of the countdown except ignition of the five F-1 engines at the base of the Saturn V rocket and lift off of the vehicle. 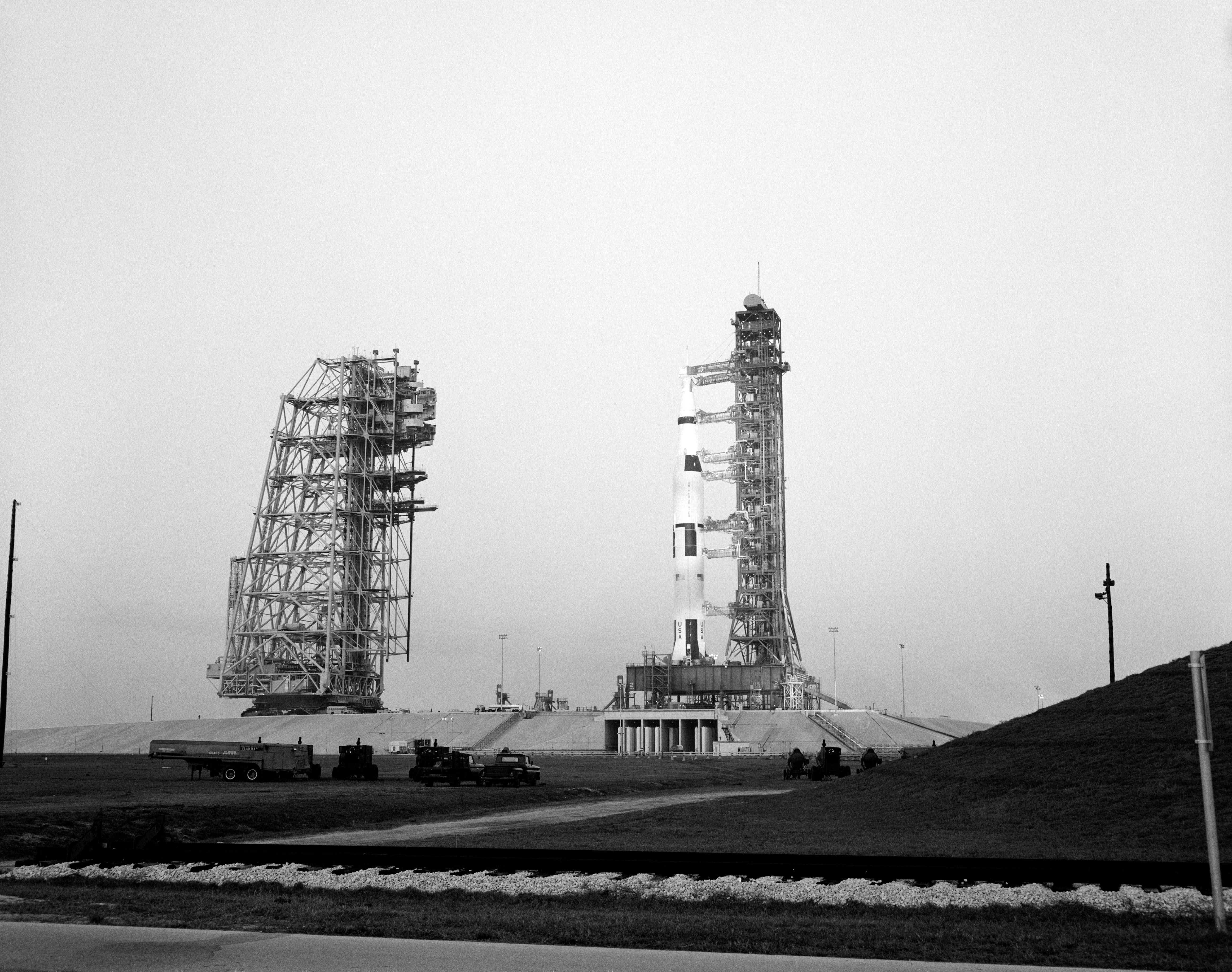 Apollo 10 on LC-39B during its Countdown Demonstration Test – the same process Apollo 11 will go through on neighboring LC-39A. (Credit: NASA)

By fully fueling the Apollo 11 rocket, NASA’s launch team at KSC will verify how the rocket performs under cryogenic conditions as well as test Pad-A’s fueling systems.

The fueling system pumps hundreds of thousands of gallons of RP-1 rocket-grade kerosene, Liquid Oxygen, and Liquid Hydrogen into the three stages of the Saturn V – forcing the propellant against the pull of gravity up nearly 300 feet of the ML.

The fueling test will additionally validate the pipes and ductwork on the ML itself and ensure that all of the propellant plate connections between the ML swing arms and the Saturn V are connected properly and not leaking.

The final processing flow will also give the Apollo 11 crew – Neil Armstrong, Edwin “Buzz” Aldrin, and Michael Collins – a chance to inspect their vehicle and get a feel for the flight configuration of the Command Module while the rocket is on the pad.

While final preparations for the commencement of rollout were underway in the Vehicle Assembly Building, NASA managers from across the agency’s various centers met to discuss the mission’s pad processing flow and to select a target launch date for the flight.

The meeting resulted in NASA officials declaring 16 July 1969 as the launch date for Apollo 11. 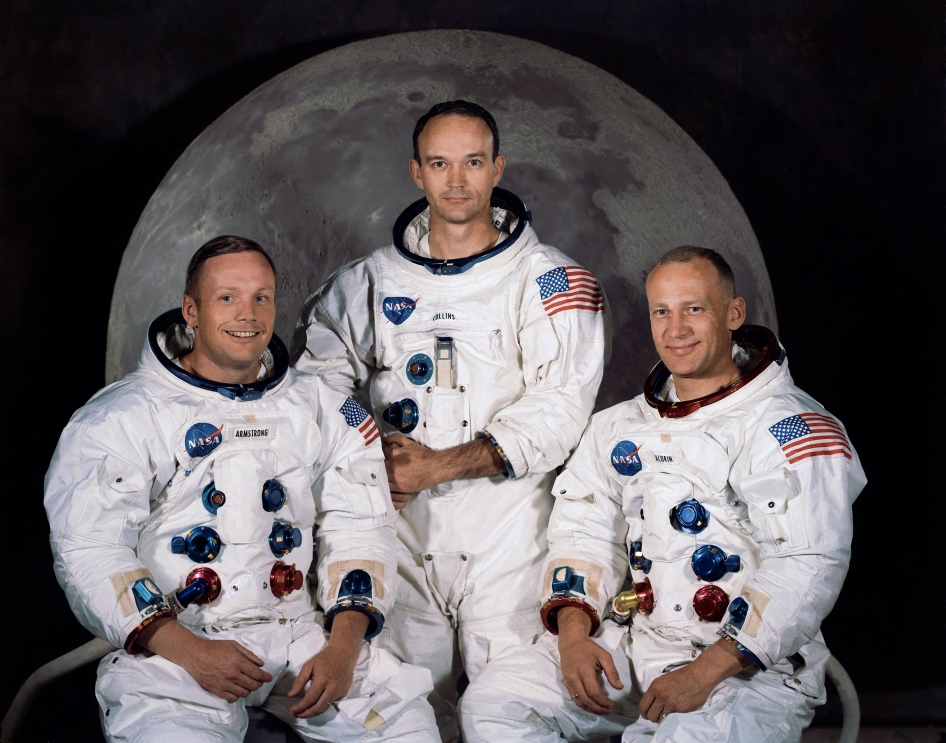 The date was selected in part based on the amount of operations that have to take place at the pad, the needed time to review all of the data that will be gathered from the Apollo 10 dress rehearsal, and to account for natural slips to several of the pad flow’s targets.

Importantly, the date is the only day in the month of July that satisfies the myriad of landing requirements at the proposed landing locations.

Based on needed visibility during the lunar landing approach and a need to keep the sun angle between 7 and 20 degrees behind the lunar module, only one launch opportunity per month satisfies all of the requirements.

Should Apollo 11 not be able to meet a 16 July liftoff target, the mission will have to wait until August based on current assessments.

On the day of launch, Apollo 11 will have a multi-hour launch window, allowing for a potential recycle of the Saturn V countdown to realign the launch time for later in the day and allow launch teams time to work through any issues that might present themselves during or after fueling.

Presently, launch of Apollo 11 is tracking toward 10:27 EDT, but a precise launch time will be refined in the coming two months.