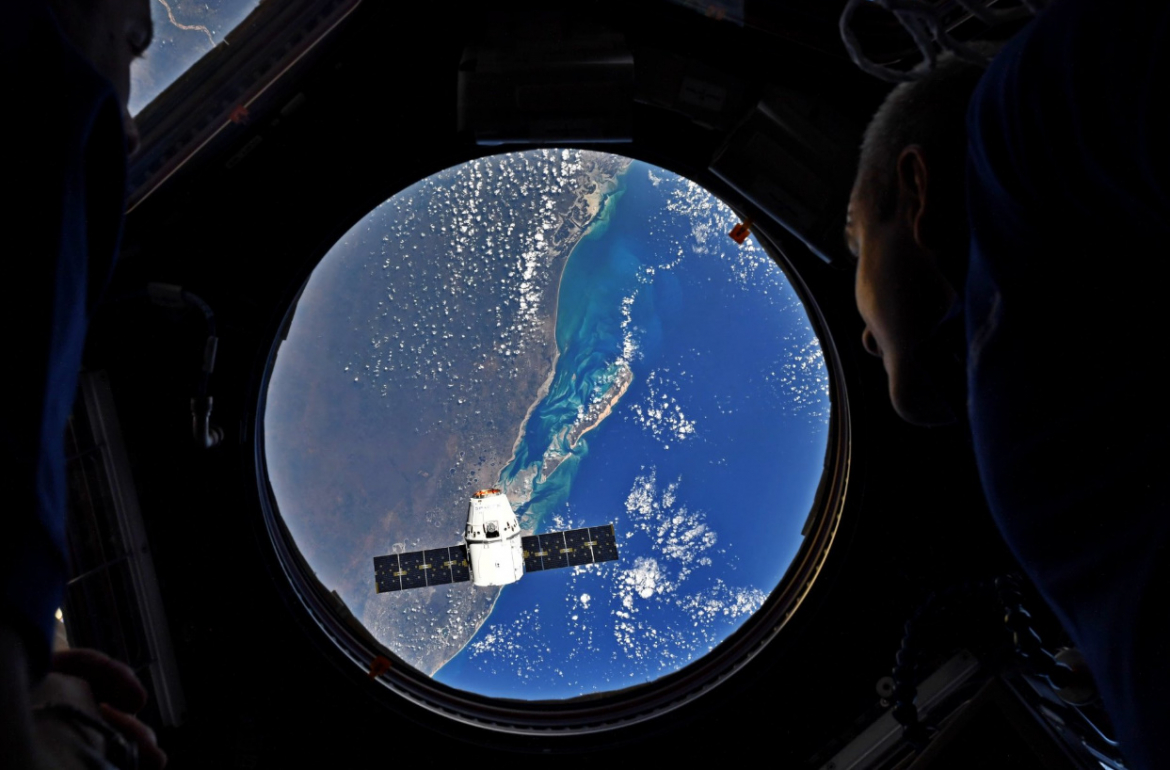 Following a flawless arrival Monday morning at the International Space Station, the bulk of the month-long science initiatives from the Dragon spacecraft have begun for the Station’s four United States Operating Segment (USOS) crew members from NASA and the Canadian Space Agency.

Among the multitude of investigations launched aboard SpaceX’s CRS-17 Dragon include an experiment to investigate a potential new targeted cancer treatment process, an experiment that seeks to develop better controlled-release drug delivery systems, a cardiovascular and heart health investigation, and a kidney health experiment.

The PCG 18 experiment from the National Cancer Institute will specifically look at the Taspase1 enzyme as a potential way to develop a “potent anti-cancer drug target” for highly aggressive forms of cancer such as leukemia, HER2 positive drug resistant breast cancer, and glioblastoma.

Taspase1 itself is overexpressed in most forms of human cancer, making it an excellent potential target for anti-cancer drugs when seeking out cancer cells to destroy.

However, in order to develop drugs that can target the Taspase1 enzyme, understanding its structure becomes key – and is also the problem when investigating the enzyme underneath the forces of gravity on Earth.

Crystals with enzymatically active Taspase1 have been grown on Earth, and extensive resources have been given to improving growing conditions to allow for high-resolution detail of the enzyme’s structures.

However, the effects of gravity create low quality crystals; therefore, the PCG 18 experiment seeks to demonstrate the benefits of growing such crystalline structures aboard the International Space Station in a microgravity environment.

Crystalline growth experiments have been a long-standing part of in-space research as crystals grow with greater perfection and better resolution of their structures when unencumbered by the forces of gravity.

Thus, the overview of this experiment on NASA’s Station Research database states that “Growing crystals in microgravity allows high-resolution structures of Taspase1 and Taspase1 with high potent inhibitors, which are crucial to advancing the development of inhibitors against this enzyme that may lead to clinical trials to combat diseases such as cancer.”

Once grown, scientists will analyze the structure of the crystals to improve their “understanding of protein structures that can provide information critical to identifying new drug targets and developing new treatments for” human-based cancers.

#MayTheFourthBeWithYou (and with our #research)…

Our researchers are working in conjunction with @theNCI on cancer-linked protein #Taspase1 which just went into space on the Falcon 9 #Dragon capsule for a rendezvous with @ISS_Research. Thanks to @SpaceX and @NASA for the lift! pic.twitter.com/ZeDUDmkZlL

To date, investigations of overexpressed Taspase1 cancers have shown that once the enzyme’s activity is stopped, cancer cells’ ability to reproduce and spread is significantly disrupted – making this a primary and immediate investigation need for the development of new cancer treatments.

Preparation for PLGA Nanoparticles Based on Precipitation Technique (Nanoparticle Formulation):

This experiment seeks to investigate better ways of developing targeted and controlled-release drugs using nanoparticles by studying how those nanoparticles form and manipulating their development in microgravity.

Gaining a better understanding of how these nanoparticles form could lead to the development of better time-release delivery systems – helping reduce the number of doses needed for effective medication treatments of certain ailments.

“This investigation seeks to advance a novel drug delivery system that uses nanoparticles as carriers for drugs.”

Also called STaARS BioScience-3, this investigation examines cardiovascular disease by studying transcriptomes (the total of all messenger RNA [ribonucleic acid] molecules expressed from genes of an organism) of vascular cells.

Specifically, this experiment will evaluate how the microgravity environment of space damages vascular cells – something that has been seen in post-flight astronaut medical examinations – in a similar way that vascular cells are altered in those suffering from cardiovascular disease.

An underlying and contributing factor to cardiovascular disease is dysfunctional vascular cells.

Understanding how these cells are changed and altered by spaceflight could prove vital in understanding cardiovascular disease development and progression as well as improvements to treatments and genesis of new cardiovascular damage repair options on Earth.

In addition to helping all of us on the ground who might one day suffer from this disease, the experiment will also shed light on how microgravity effects the human heart – providing invaluable medical insight for future long-duration space missions and planetary colonization efforts.

This experiment will study the effects of microgravity on kidney health as well as how other factors of spaceflight – such as chemical exposure, water conservation and recycling, and an altered diet – affect kidney functionality.

The experiment follows an increased understanding of how kidney issues such as protein in the urine, osteoporosis, and kidney stones occur more often and more quickly in space.

Specifically, the experiment will look at how microgravity affects the nephron, a functional unit of the kidney that contain two tubule systems, the proximal and the distal tubules. 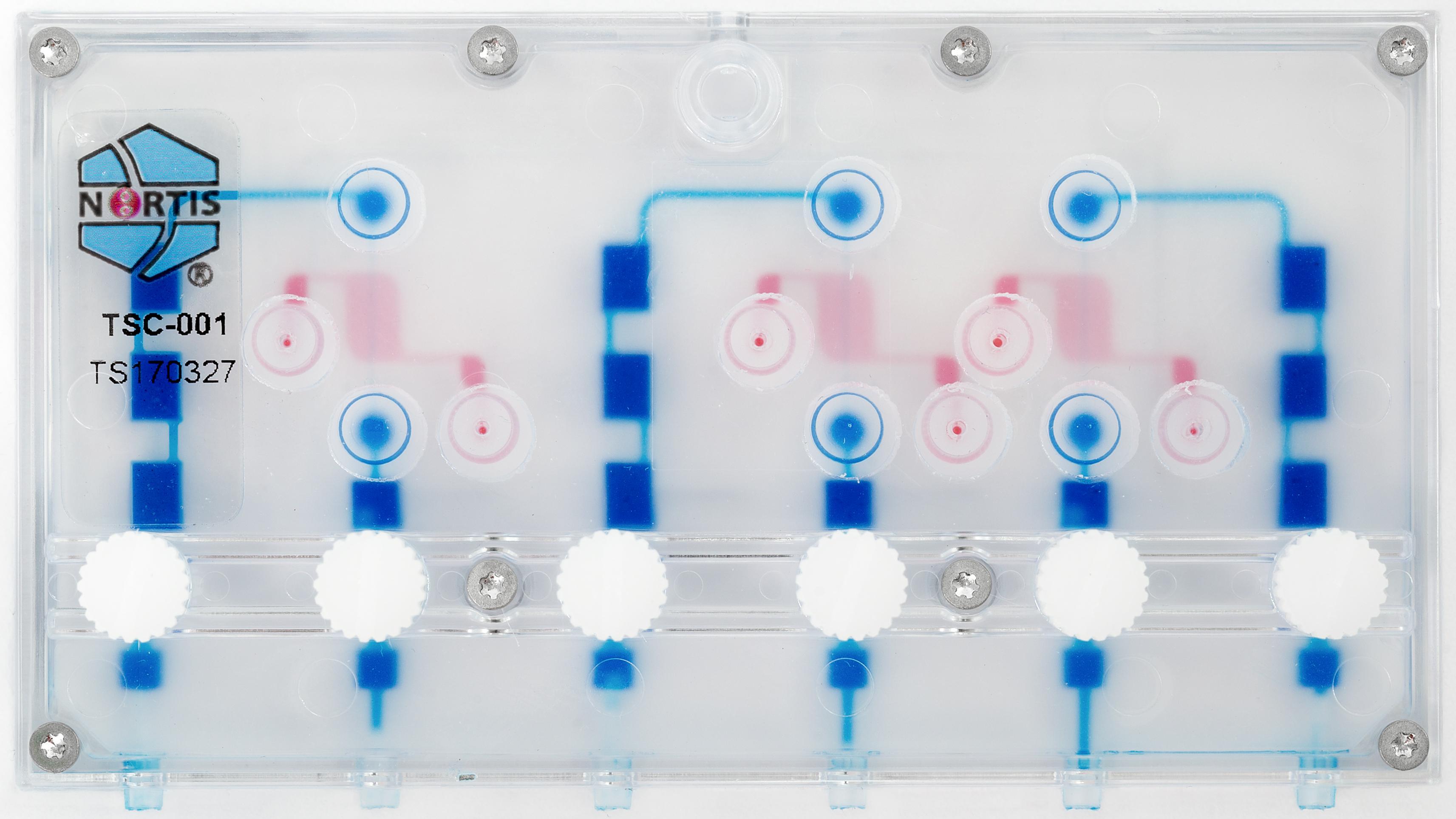 (Caption: The Triplex Microfluidic device that is used to culture kidney cells. The cells are grown in a tubular channel (faint blue line) within the cell culture chamber (pink rectangle). The system includes several flow paths and bubble traps (blue rectangles) that can be used to test different kidney cell functions.)

According to NASA, “Dysfunction of the proximal and distal tubule are commonly observed in conventional clinic patients.  [But] individuals in extended microgravity are at even greater risk for these conditions due to a closed environment with increased chemical exposure, extensive water conservation and recycling, and altered dietary intake.”

Despite nearly 60 years of human spaceflight, no experiment to date has looked at how microgravity effects the mechanical function of the proximal and distal tubules of the nephron.

To this end, “This investigation sends kidney cells from the proximal or distal tubule, cultured in a microfluidic device, to the International Space Station,” notes NASA.  “While on the station, the ability of the cells to conduct basic, kidney-specific functions is evaluated”

Specifically, the principal investigators for this experiment have three hypotheses they are looking to prove or disprove from the data gathered. These hypotheses include:

The experiment is designed to allow scientists to observe the progression of kidney tubule disease at an accelerated rate to help determine how the disease progresses.

While the experiment in large part seeks to provide NASA and other spaceflight companies with long-term human spaceflight initiatives with better understanding of how to maintain optimal kidney health in astronauts, the benefits to people on the ground are potentially far more reaching and impactful.

“A clearer understanding of the effects of microgravity on proximal and distal tubule structure and function … primarily benefits the general public by revealing critical pathways of disease development and progression, and informing therapies to treat and prevent osteoporosis and kidney stones,” notes NASA’s description of the experiment.

NASA Moving Ahead with Return to the Moon, with or without SLS