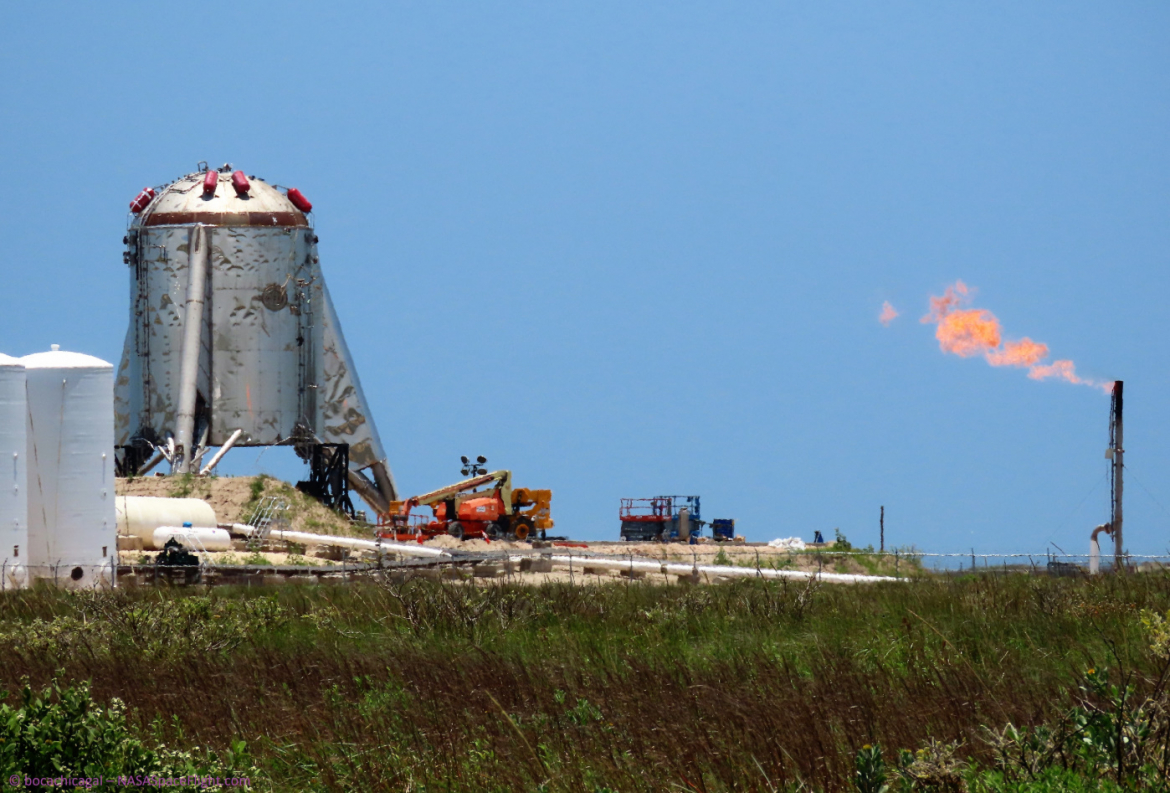 SpaceX is working a dual test flow for its new Super Heavy and Starship systems, with construction ongoing in Florida while Starhopper prepares to restart test operations in Texas. Two orbital Starship prototypes are now in staggered stages of production while the first Super Heavy booster is set to begin construction in the next three months. However, the focus will soon return to Starhopper, as it prepares for an incremental series of untethered test hops.

Earlier this month it came to light that SpaceX crews at Cocoa Beach in Florida were starting to assemble a second orbital Starship prototype vehicle, similar to the first of such articles that are currently located at the company’s launch and testing facility in Boca Chica, Texas.

According to SpaceX CEO Elon Musk, these two builds were going to be the center of a cooperative/competitive effort between the two sites and their respective team members, in which they would share insights and lessons learned during development – although they were not required to put them to use.

Since the news was revealed to the public, both factions have made significant progress on their builds as they attempt to more efficiently develop and design the company’s next generation launch vehicle and spacecraft.

While SpaceX teams in Florida rapidly manufacture and assemble sections of the newest prototype build (christened the “Mk2 Starship” by Musk on Twitter on May 22nd), company technicians in South Texas successfully stacked and welded key segments of the ship’s hull over the past few weeks to complete the upper half of their orbital testbed. 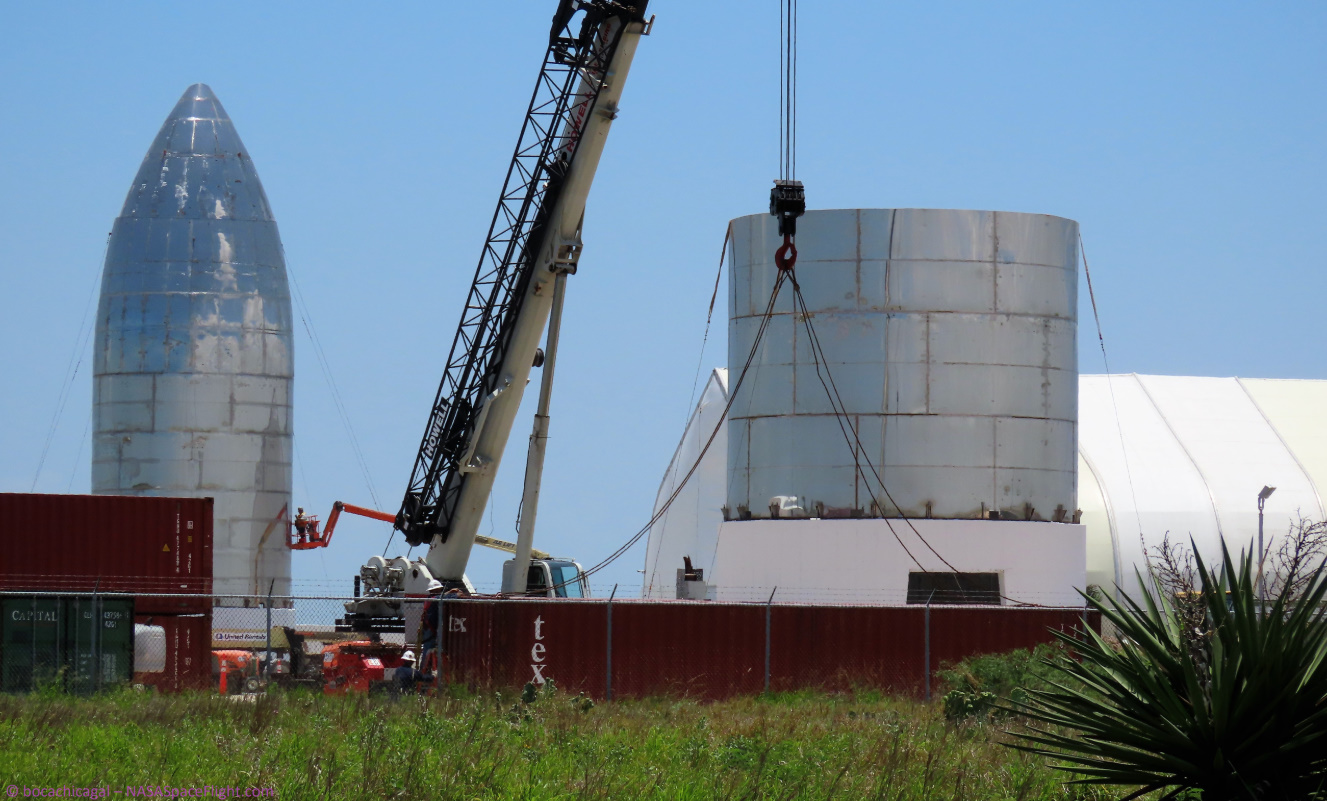 Starship Prototype at Boca Chica – via @BocaChicaGal (Mary) for NSF

Observers in and around Boca Chica chronicled the beginning of work on Starship in late March, as several stainless steel subsections were stacked at the launch site’s control center, which is located approximately two miles from the pad area. Newer tapered nose sections also appeared around the same timeframe.

Workers continued to fabricate new panels and subsections for the ship throughout the first half of April.

Stacking operations once again commenced on April 13th when the nose cone was lifted by crane and mated to the underlying tapered segment. Another pair of tapered nose sections were stacked two weeks later.

During that time, SpaceX techs added curved stiffener pieces to the cylindrical section of the Starship prototype to ensure rigidity during integration and testing. The installation process for these pieces continued through to the following week.

The largest tapered sections of the ship’s upper body were finally assembled and mated to the main cylinder on May 9th and May 20th, respectively. Final shaping of the nose cone was done on May 21st.

With work on the aeroshell now complete, technicians at the Boca Chica facility will most likely turn their focus towards development of the ship’s lower half, including the construction of the fuel tanks, the engine compartment, and the aft fins.

On May 14th, Musk indicated in a reply on Twitter that hardware for the fins and landing gear would be shipped to the launch site at a later date, adding that installation could occur as soon as “the end of next month”.

These components will be critical points of focus as Starship undergoes dedicated flight testing in the near future.

Meanwhile, SpaceX techs have begun to accelerate testing operations ahead of a crucial series of flights involving the Starhopper suborbital vehicle.

The Hopper last flew on April 5th, 2019, when it successfully performed a three foot hop test at the launch site while under power from a single Raptor flight-ready engine. During this test, the vehicle was held down by a group of tethers attached to each of the three landing legs.

Those tethers will not be present during upcoming hop tests, as confirmed by Musk on Twitter on April 26th.

He also stated in the same thread that the Hopper would use a single Raptor engine like before, though it would not be the same engine that was first used to propel the vehicle off the pad.

That engine – the second operational Raptor ever built by SpaceX – was dismounted from the Hopper and trucked away to the company’s headquarters in Hawthorne for inspections following the April 5th test.

Instead, current indications show that Raptor SN4 will power the vehicle during the next round of hop tests. The engine completed critical hot fire acceptance testing at SpaceX’s Rocket Development Facility in McGregor, Texas earlier this week, as confirmed by NASASpaceflight’s Gary Blair (L2 McGregor Section). 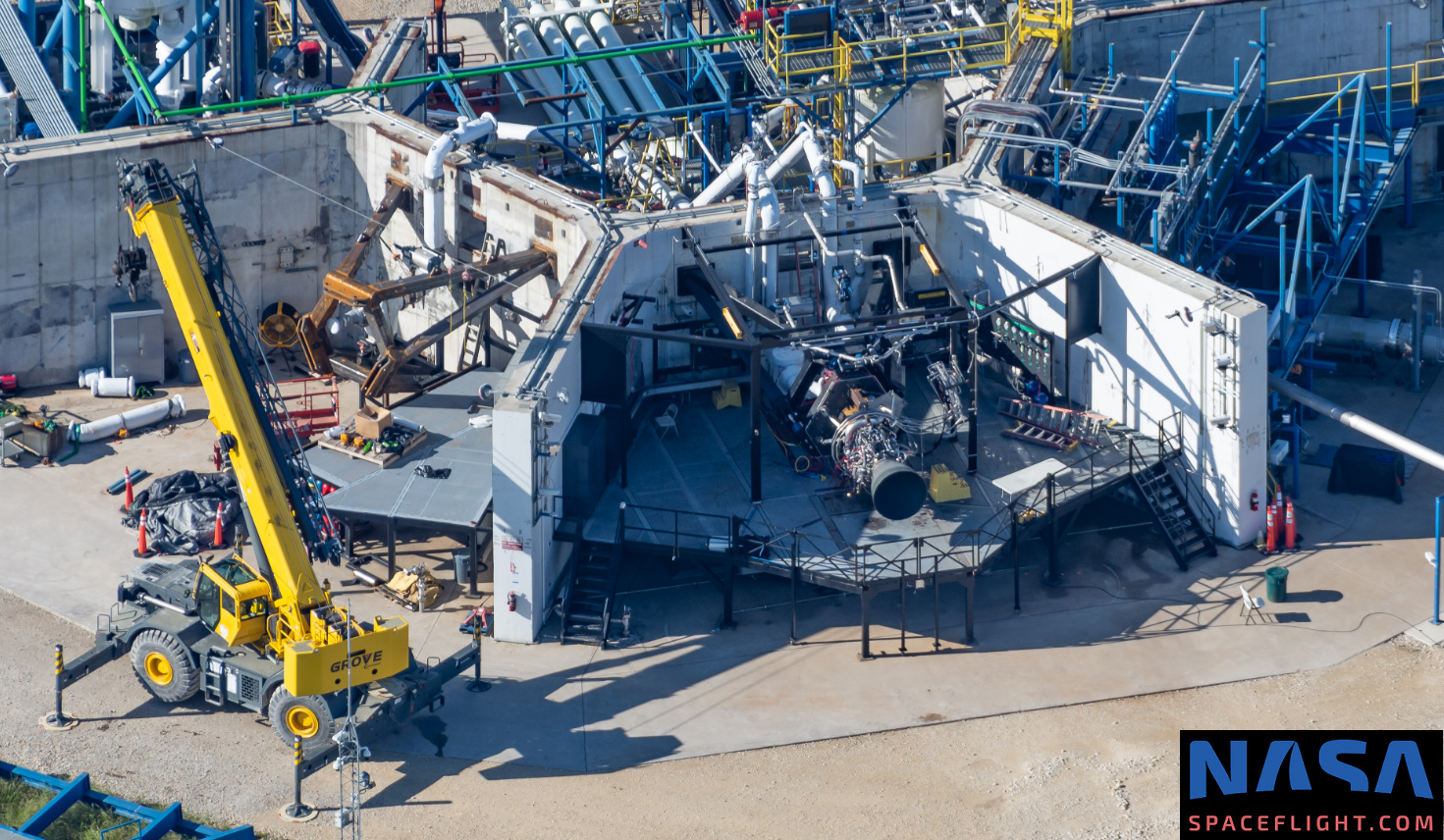 Raptor SN4 when it was on the Test Stand at McGregor earlier this month. Via Gary Blair for NSF/L2

The SN4 Raptor is currently slated to arrive at the South Texas launch site for installation onto the Hopper possibly by the end of this week.

Once Raptor arrives, SpaceX technicians working on Starhopper have steadily ramped up operations at the site throughout this month.

This included the delivery and subsequent installation of a new propellant tank on May 2nd-4th, and the addition of two pairs of attitude control thruster pods on May 7th.

The thruster pods appear to have been taken from mothballed Falcon 9 first stages, which use pressurized nitrogen gas to provide adequate control during recovery and landing operations. Starhopper will also utilize nitrogen gas to power these thrusters.

Newer composite overwrap pressure vessels and plumbing were installed on the vehicle on May 8th.

On May 14th, the mayor of Cameron County approved a series of road closures in and around Boca Chica, starting on Monday, May 28th. Residents of Boca Chica Village were informed of these closures via a press release the same day.

Tanker trucks transporting liquid methane, liquid oxygen, and nitrogen began arriving at the launch site on Saturday, May 18th in order to fill the propellant tanks ahead of testing.

The next day, the Starhopper was raised off the ground via hydraulic lifting jacks to allow for the installation of new foot pads, which will provide additional structural support during landing.

SpaceX workers also took this time to complete work on a new “quick disconnect” umbilical network, which was connected to the Hopper for ground support testing. The system is designed to provide electrical power to the vehicle before liftoff, and safely disconnect and fall away after the rocket leaves the pad.

The lower and upper ground crew access ports were finally closed off by Thursday afternoon of last week, signaling that all internal work on the Hopper was finished. 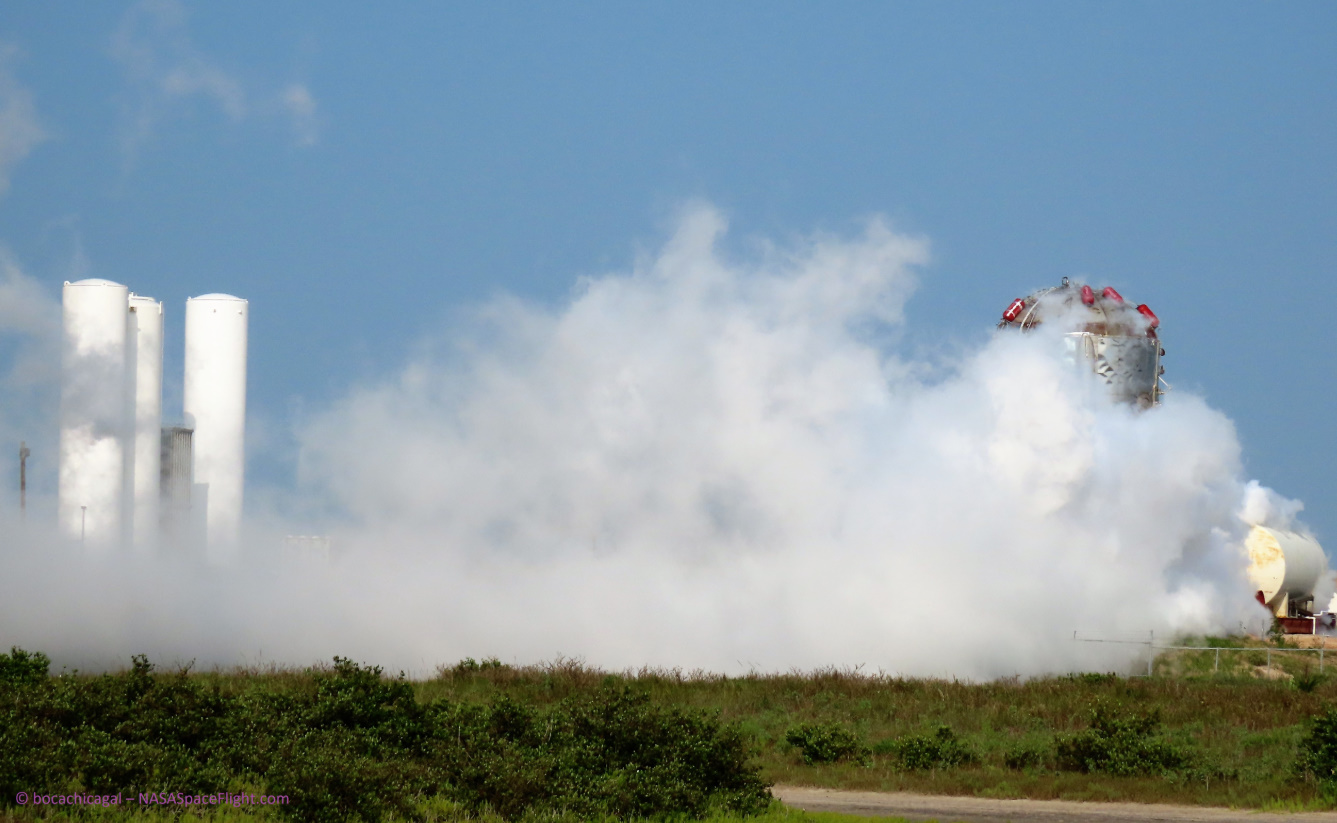 This is likely the first of several fueling tests scheduled to take place as SpaceX prepares for future hops. Further testing will involve Raptor preburner and engine ignitor tests, followed soon after by a short static fire at the pad.

By early this week, the flare stack was back in action, allowing for further progress to be made in preparing the ground support equipment for the upcoming hops.

Pending any technical difficulties or interruptions, SpaceX will attempt an untethered hop test with a target altitude of 20 meters early next month.