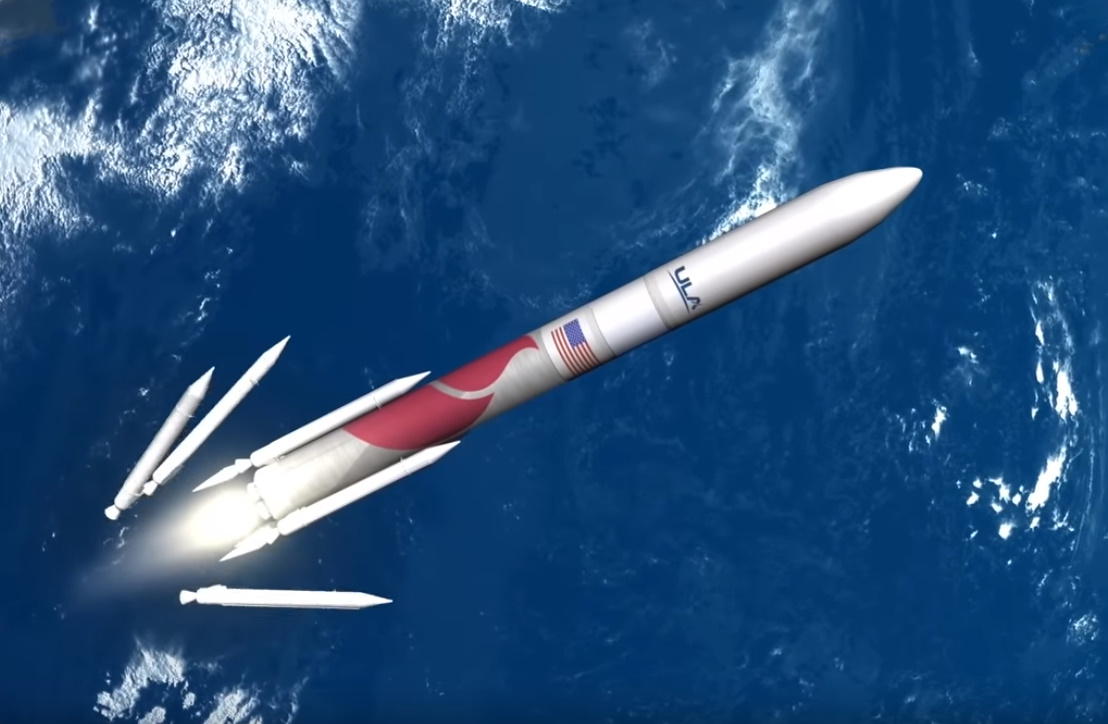 Building on a legacy of reliable launch vehicles and flight-proven hardware, United Launch Alliance is progressing towards initial launch capability for their next generation rocket, Vulcan. The latest milestones include tests, reviews, and the fabrication of flight hardware for the first mission, which is – as confirmed by ULA this week – on track to occur no earlier than April 2021.

The completion of the system-level Critical Design Review has set the stage for hardware qualification. This was the final review for the design of the Vulcan Centaur, the initial configuration in which Vulcan will fly. The United States Air Force was represented in this review as part of the certification process required for Vulcan to launch national security missions.

Work on Vulcan’s Centaur V upper stage has also begun with the installation of two welding stations in Decatur. Six of these stations will be used to fabricate Centaur V and potentially ACES hardware. The stations are located in a former Delta Cryogenic Second Stage assembly hall that was used to assemble the four-meter variant of Delta IV’s upper stage.

Centaur V is the latest iteration of the greatly successful Centaur upper stage, which has been flying on Atlas rockets since 1962. The diameter of the stage has been increased to five meters to match Vulcan’s first stage and will feature two RL-10C engines from Aerojet Rocketdyne.

How to fly a new rocket BEFORE its first flight… pic.twitter.com/eB50TtYYhD

The liquid hydrogen and liquid oxygen fueled RL-10 engine is one of many components that will be flight proven on other launch vehicles prior to Vulcan Centaur. In addition to its debut with Centaur, the RL-10 has also flown on the upper stage of the Saturn I and the Delta rocket family.

The current version, the RL-10C, currently flies on the Atlas V and Delta IV, in a single engine configuration. A single RL-10C will also power the Interim Cryogenic Propulsion Stage for the Space Launch System, and two will power Northrop Grumman’s OmegA launch vehicle. The dual engine configuration that will fly on Vulcan will debut on Atlas V Commercial Crew missions carrying Boeing’s CST-100 Starliner, starting later this year.

Aerojet Rocketdyne has recently completed initial testing of the RL-10C-X, a future upgrade for Vulcan’s Centaur and ACES upper stages.

A full-scale engine that is nearly flight weight and production ready has completed full duration test firings at their test facility in West Palm Beach, Florida. The use of 3D printing is expected to reduce production lead time by 35 to 50 percent, and reduce cost by 25 to 35 percent, in comparison to previous RL-10 variants.

Other components of Vulcan slated to fly before 2021 include the avionics, which are common to ULA’s Atlas V and Delta IV, and the GEM-63 solid rocket boosters. Northrop Grumman recently completed the second and final GEM-63 qualification firing at their test facility in Promontory, Utah. 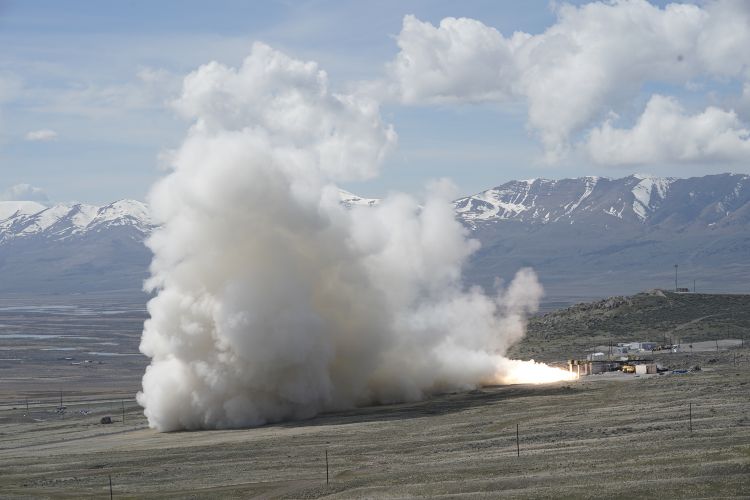 The GEM-63 will replace Aerojet Rocketdyne’s AJ-60A boosters on Atlas V starting with the STP-3 mission, currently scheduled to occur later this year. For Vulcan, those boosters will be stretched into the GEM-63XL. A further stretch into the GEM-63XLT will be used to power Northrop Grumman’s own OmegA launcher. The new boosters are expected to increase performance and decrease launch costs.

The number of GEM-63XL boosters will be adjusted to allow multiple launch configurations for Vulcan missions with different performance requirements.

The use of two GEM-63XL boosters enables Vulcan to deliver 17,800 kg of payload to Low Earth Orbit, more than an Atlas V with four boosters.

Six total boosters increase payload mass to LEO to 27,400 kg, more than any Atlas V and slightly less than the Delta IV Heavy, which offers 28,370 kg to LEO. Vulcan’s Centaur V upper stage will eventually be upgraded to enable a Vulcan Centaur Heavy configuration, using six boosters and offering up to 30,300 kg to LEO.

Once this version of Vulcan has successfully flown and been proven reliable, ULA plans to retire the Delta IV Heavy. Vulcan Centaur will also take over for the Atlas V rocket, which includes a role in NASA’s Commercial Crew program. Vulcan will be human rated in order to launch Boeing’s CST-100 Starliner spacecraft to the International Space Station. 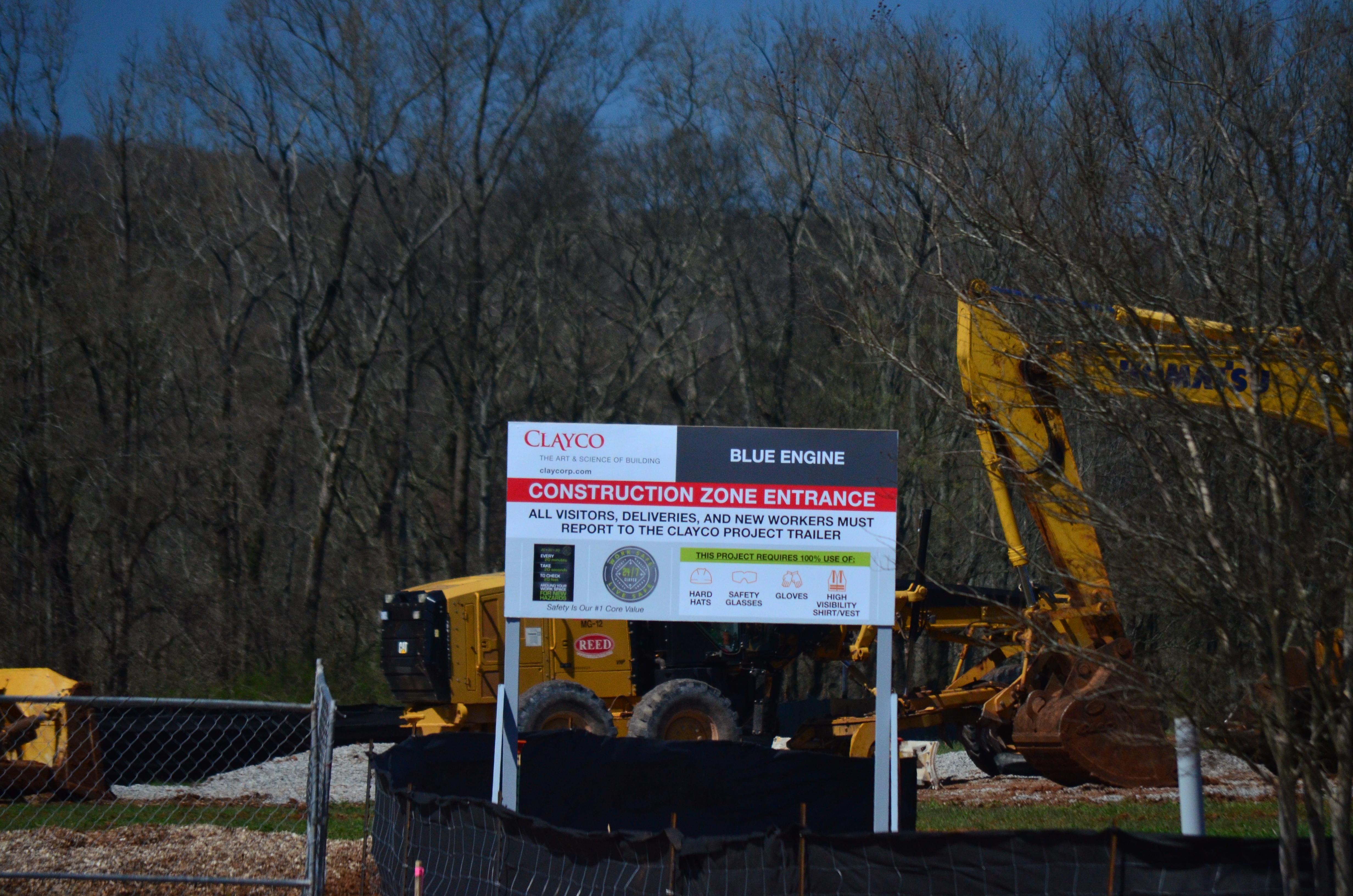 Construction equipment at the future site of Blue Origin’s engine factory in Huntsville, Alabama – via L2

One of the only components of Vulcan Centaur which will likely not fly prior to Vulcan’s debut is the BE-4 engine, two of which will power Vulcan’s first stage. The BE-4 is a liquid methane and liquid oxygen fueled engine developed by Blue Origin, originally for their New Glenn launch vehicle.

New Glenn is also expected to debut in 2021, so the BE-4 could only fly prior to Vulcan’s debut if New Glenn flies first. The BE-4, as well as BE-3U engines for New Glenn, will be manufactured at a new factory in Huntsville, Alabama, not far from ULA’s Decatur factory. Construction equipment has begun to arrive at the factory site.

Prototype engines have been test fired extensively at Blue Origin’s West Texas facility, also the launch site of their suborbital New Shepard vehicle. Further testing and eventual qualification of the engine will take place in Texas, as well as the 4670 test stand at NASA’s Marshall Space Flight Center in Huntsville. Blue Origin is also preparing an engine test facility at LC-11 at Cape Canaveral Air Force Station in Florida, next to the future launch site of New Glenn, LC-36.

ULA is preparing both of their Atlas V pads to launch Vulcan: SLC-41 at Cape Canaveral Air Force Station in Florida, and SLC-3E at Vandenberg Air Force Base in California. Both launch sites will simultaneously support Atlas V and Vulcan until the Atlas is retired.

In Florida, modifications are well underway, including the arrival of liquid methane tanks. The liquid methane storage area will be brand new, at the former site of the catch basin for Titan III and IV rockets. The liquid hydrogen storage area will be upgraded for greater capacity to support the larger Centaur V, as well as upgrading the liquid oxygen storage area to support Centaur V and Vulcan’s first stage. The water tanks for the sound suppression water system will also be expanded.

Notice anything different? As we countdown to the first #VulcanCentaur launch in 2021, we’re modifying our SLC-41 to support our next-gen rocket in addition to #AtlasV. And we do this while continuing to support the existing manifest. pic.twitter.com/9x5bQ6moHn

Vulcan Centaur is expected to reduce launch costs in comparison to Atlas V and Delta IV when it debuts, but future developments are intended to reduce costs even further. This includes evolving Centaur into the Advanced Cryogenic Evolved Stage (ACES), which will allow the upper stage to operate on orbit for weeks at a time to support multi-launch, distributed lift missions.

ULA also plans to recover and reuse the BE-4 first stage engines via Sensible Modular Autonomous Return Technology, or SMART Reuse. After the first stage fuel depletes and the upper stage separates, the engine bay will separate and deploy an inflatable heat shield for reentry. A parafoil will then be deployed to enable mid-air capture for recovery. While the first stage fuel tanks will not be recovered, recovering the engines will allow reuse of the most expensive component of the stage.

A technology demonstration payload for the inflatable heat shield, which could also be used to deliver payloads to the surface of Mars, is slated to fly as a rideshare payload with NOAA’s JPSS-2 satellite aboard an Atlas V launch no earlier than 2022.