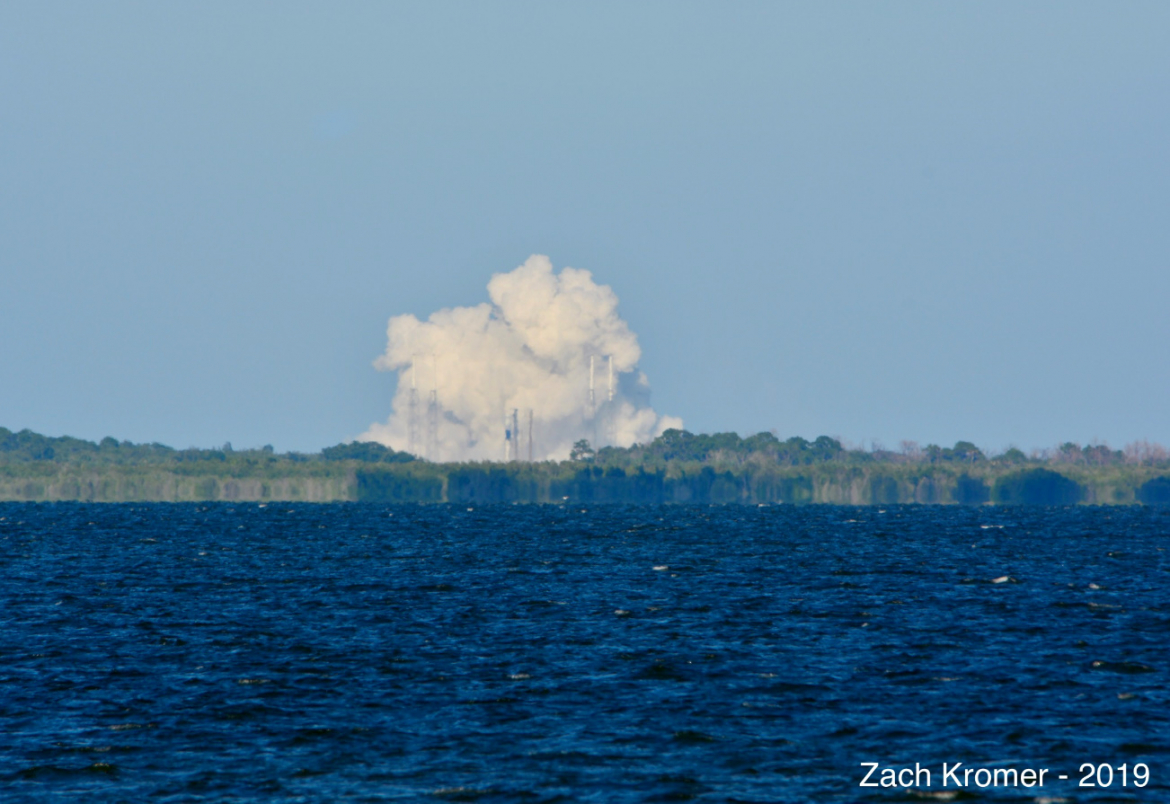 SpaceX is preparing to launch its eighteenth contracted Commercial Resupply Services (CRS) mission to the International Space Station using its Cargo Dragon spacecraft – with a target launch date of Wednesday.  A key test ahead of the launch was the Static Fire test of the Falcon 9 booster tasked with launching the CRS-18 Dragon, which was set to take place on Tuesday, before finally taking place on Friday.

A milestone before each one of these launches is the Static Fire test. This is a key dress rehearsal for the rocket, pad and launch control team, allowing for any issues to be ironed out ahead of the big day.

The long test window was set to open Tuesday morning. The windows usually remain open for at least six hours. No reason has been given for the delayed, with Wednesday’s window moved from the morning to the evening, followed by an opportunity on Thursday morning also being called off.

The test has slipped several times since, with the final schedule update moving the test to a Friday afternoon attempt at 6pm Eastern.

The long awaited #CRS18 static fire occurred at 1800 ET as viewed from the coast of the Indian River Lagoon in Titusville. All appeared to go as usual. Stay tuned for SpaceX to confirm results and announce a launch date. #SpaceX pic.twitter.com/gvbEStsvNd

SpaceX does not discuss Static Fire flows until after they have completed the short firing of the nine Merlin 1D engines, which includes a small delay while engineers confirm a good test via a process known as the “Quick Look” review.

As expected SpaceX, noted a Wednesday launch date opportunity. Monday was ruled out when the Static Fire slipped deeper into Friday while Tuesday is not available due to ISS phasing constraints.

The booster involved with this mission launched on the previous lofting of a Dragon spacecraft to the ISS, boosting the CRS-17 Dragon to the orbital outpost.

It successfully returned for a landing on SpaceX’s drone ship, “Of Course I Still Love You” out in the Atlantic Ocean before being brought back for post-launch processing at Port Canaveral.

Landed another one. Falcon 9 B1056.1 with her maiden launch and landing. What a view!! Infrared for the win!

It has returned to SLC-40 for its next launch, which will loft a Dragon spacecraft loaded with science and cargo for the Expedition 60 crew.

For this mission, the booster will be returning to the LZ-1 landing pad at Cape Canaveral.

As per usual, the payload – in this case the Dragon – will not be integrated on to the rocket for the test. Dragon will wait for the booster to return to the Horizontal Integration Facility (HIF) for mating operations.

NASA has been finalizing the cargo and science experiments that will hitch a ride to the ISS on board the Dragon.

Included in the list is a new docking adapter that will add another docking port available for future US Commercial Crew vehicles, as well as experiments that will investigate technologies that will benefit astronauts on future deep-space missions and humans on Earth.

One of the largest pieces of equipment will be the third International Docking Adapter (IDA-3), which is placed in the Dragon’s unpressurized “trunk” during the ride to the ISS. 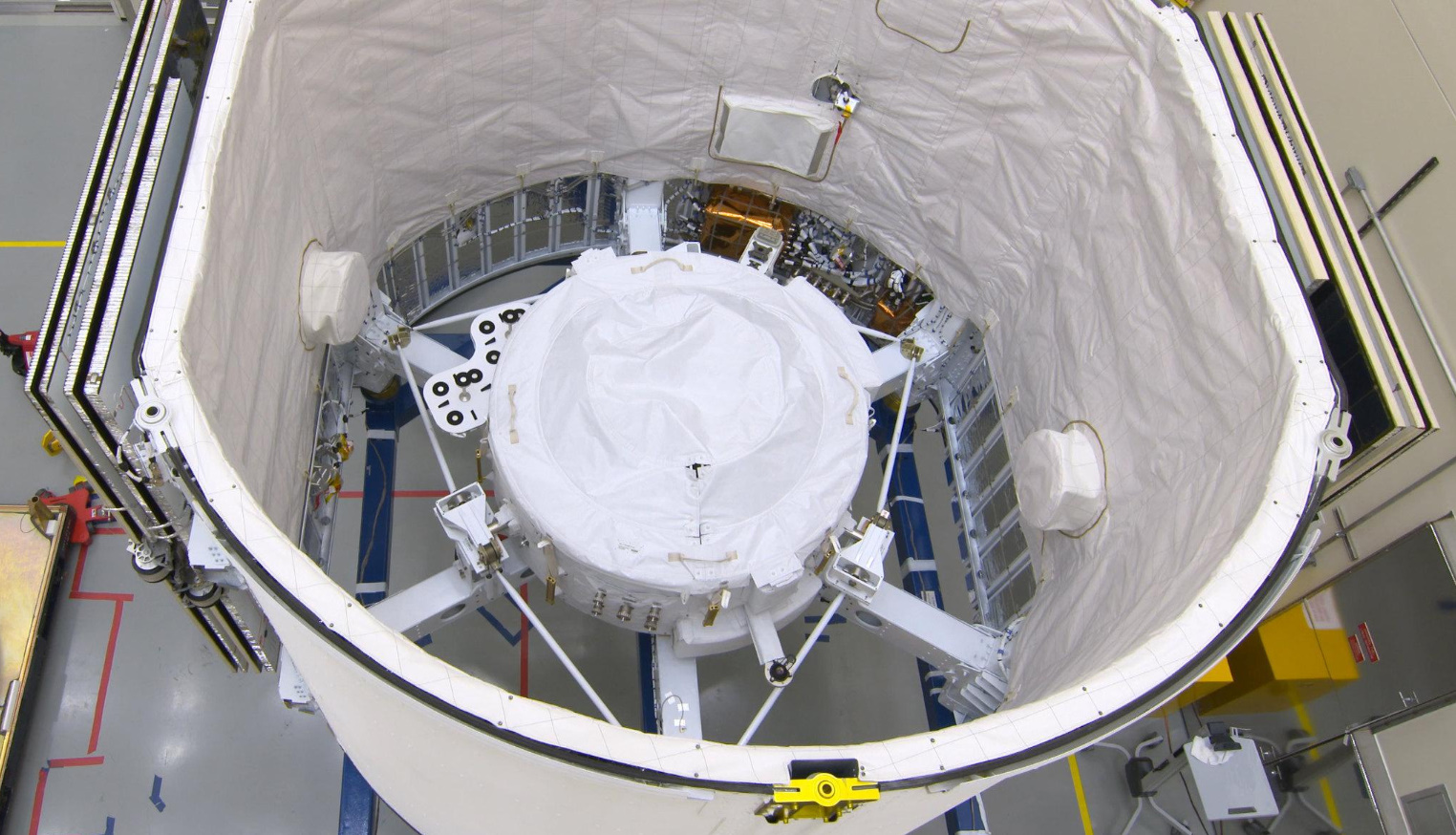 As its numerical designation suggests, IDA-3 is the third of the International Docking Adapters. The IDA’s are built in order to convert the older shuttle era Androgynous Peripheral Attach System-95 (APAS-95) style docking systems on the ISS’s Pressurized Mating Adapter-2 and 3 (PMA-2 and PMA-3) docking ports, into the newer International Docking System Standard (IDSS) style.

Once the Dragon arrives at the ISS IDA-3 will be extracted from the Dragon’s trunk by the Space Station’s Canadian robotic arm, Canadarm 2. IDA-3 will then be moved around by Canadarm 2 until it is only several centimeters in front of its new home, PMA-3.

This is the dream……

Dragon 2, Starliner and Dream Chaser (Cargo – albeit she's changed her TPS coloring recently), all together, in space, chatting about their development and testing history (nothing proprietary please, girls! 😅)

In August two astronauts will then venture outside of the station in order to permanently attach the IDA to the PMA. Connecting IDA-3 to PMA-3 will adapt PMA-3 to the IDSS standard, which will open up the docking port to the new US Commercial Crew Program spacecraft, which are hoped to start transporting astronauts to the ISS later this year.

IDA-2 is currently the only IDA attached to the ISS. IDA-2 was originally planned to take up IDA-3’s planned position on PMA-3. IDA-1 was destroyed by the anomaly that caused the launch failure of SpaceX’s seventh CRS resupply mission on 28 June 2015.

This was the docking port for the first Dragon 2 to launch to the ISS, during the DM-1 mission. 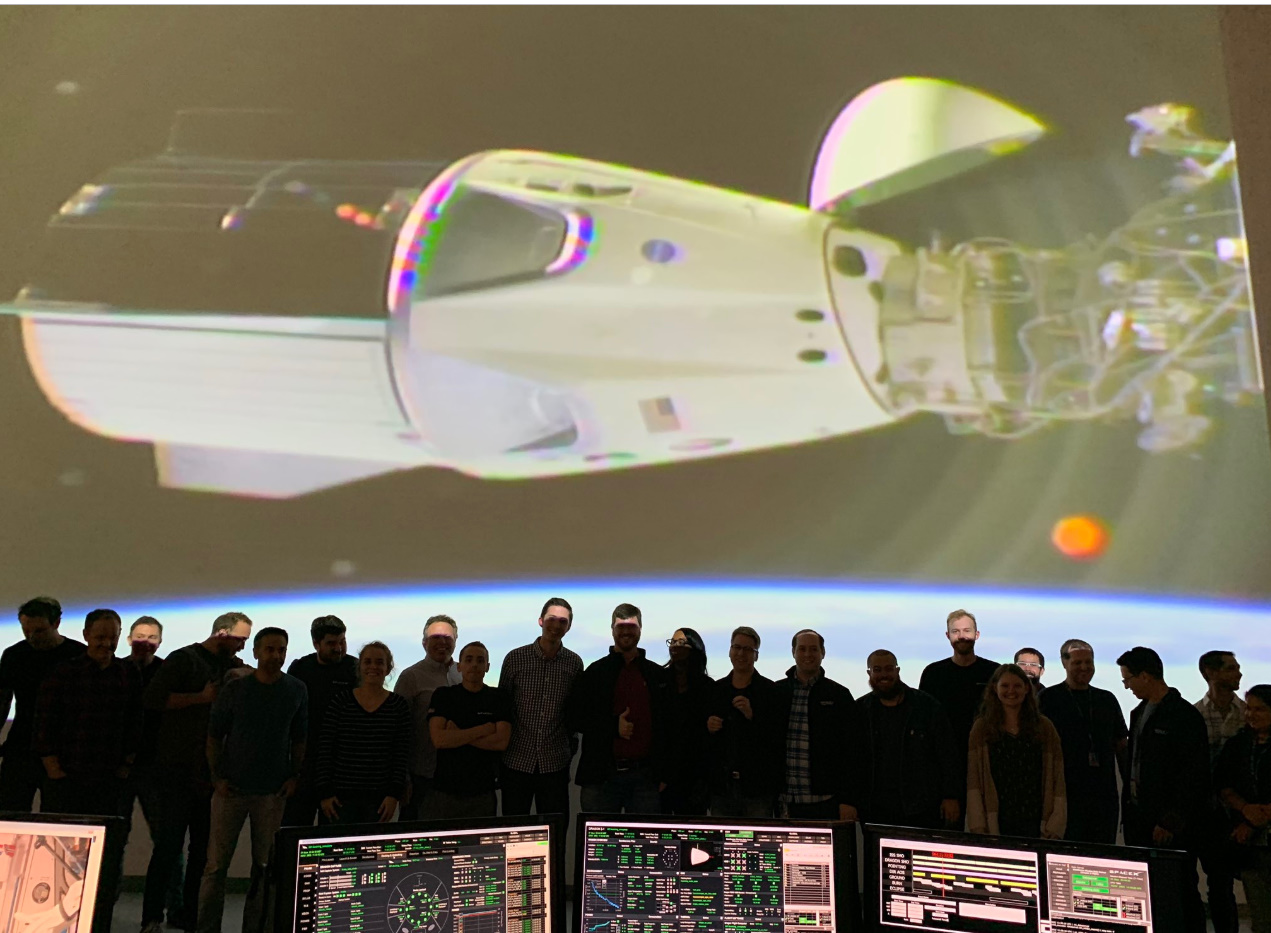 Loaded inside Dragon’s pressurized capsule will be over 2,500kg of cargo, including food and consumables for the ISS crew and several major scientific investigations set to be carried out in the space station’s microgravity environment.

The first investigation announced in a press release by NASA on the 6th of July is an experiment sponsored by the European Space Agency called Biorock. Biorock will investigate the effect of reduced gravity on the relationship between rocks and microbes.

The results from the investigation will go towards figuring out if bio-mining, a process that involves extracting useful materials from rocks using microbes living insides the rocks, and if this process could be replicated and used by future space travelers on missions to deep space.

Also packed into the capsule will be the Pushing the Limits of Silica Fillers for Tire Applications experiment, which is led by the Goodyear Tire and Rubber Company. The experiment will investigate techniques that could be used to create silica in a microgravity environment, in the hopes that this will reveal new ways of production and give the company a better understanding of silica’s natural characteristics which could in turn benefit production back on Earth.

Next to these two experiments is the Japanese Aerospace Exploration Agency (JAXA) lead Environmental Response and Utilization of Mosses in Space Experiment, also known as Space Moss. Space Moss is hoped to give scientists and engineers on Earth a better understanding of how moss grows and develops in microgravity, and how the unique environment on the ISS affects other moss characteristics like how it photosynthesizes and expresses genes. The results will hopefully help on the ground get an idea of how moss could be used to benefit future space exploration.

NASA’s Space Tango-Induced Pluripotent Stem Cells experiment will also hitch a ride to the orbiting lab inside of the Dragon’s capsule. The experiment will give cytologists (Cell biologists) a better idea of how some types of cells found in the brain and spinal cord, known as microglial cells develop and react in a microgravity environment, which closely mimics how they would work inside the human central nervous system.

What’s launching? Space Tango is finalizing partner payloads scheduled to launch from @NASAKennedy to the #ISS on July 21 for the #SpaceX #CRS18 mission! 🚀

Take a look at theses payloads including @UCSDMedSchool’s “mini-brains” destined for space at https://t.co/ttIfHdsy9S. pic.twitter.com/QOQ1mnPpFq

Since no investigations have ever been conducted onto how these cells work in a microgravity environment, the investigation should elevate scientists understanding of how these cells affect the human body, and how they could protect the health of future space fliers central nervous systems. A side benefit of the experiment is that it could also benefit people on Earth who suffer from diseases that affect the central nervous system like Parkinson’s or Multiple Sclerosis.

NASA’s Cell Science 2 (CS-02) investigation is the final major investigation being flown to the station onboard Dragon. CS-02 is scheduled to investigate how microgravity affects osteoblast cells, which are cells that are responsible for building up lost bone density.

A major piece of equipment loaded onboard CRS-18 is NASA’s BioFabrication Facility (BFF). BFF is a 3D printer built by the American company Techshot, that is built to demonstrate the feasibility of 3D printing full human organs in space. The BFF will not be able to 3D print full-sized working human organs, although it will print smaller examples in order to investigate whether it is possible to later down the line 3D print full human organs in space.

Flown alongside IDA-3 main scientific investigations and the consumables on CRS-18 will be over 40 smaller payloads. Including several student-led investigations and an educational payload funded by the children’s TV channel Nickelodeon. Nickelodeon will send up a small amount of slime, an iconic staple of their brand, which will then be used to educate children on microgravity fluid dynamics and how it differs from fluid dynamics on Earth.