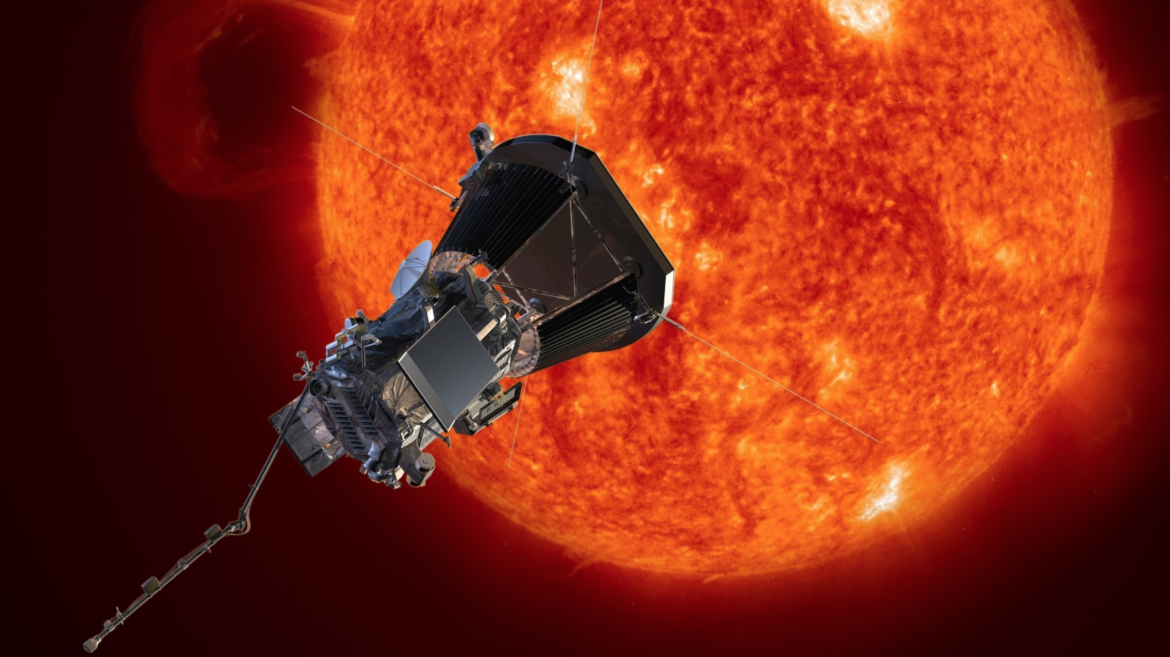 Since its launch last year, NASA’s Parker Solar Probe has completed two perihelion – closest approach to the Sun – sweeps past our parent star. While an independent mission, the Parker Solar Probe is being used in tandem with ongoing and newly approved missions to provide a better understanding of how the Sun generates the stream of charged particles – the solar wind – that flies out in all directions and interacts with every corner of the heliosphere.

Following on the heels of Parker Solar Probe, NASA has now announced two new missions to study the Sun – the Polarimeter to Unify the Corona and Heliosphere and the Tandem Reconnection and Cusp Electrodynamics Reconnaissance Satellites missions.

The launch of NASA’s Parker Solar Probe (PSP) in 2018 brought new attention to the study of heliophysics via a mission launched to survey the depths of the Sun’s corona, the atmosphere surrounding the Sun, to better understand the origins of the constant flow of charged particles, called solar wind, emitted by the Sun that drives space weather and affects planets, satellites, and instruments.

Scientists are looking to better understand how the solar wind occurs and what effects are sustained because of it with a team of heliophysics spacecraft equipped with some of the most sensitive instruments in the solar system.

Justin Kasper, a professor of climate and space science at the University of Michigan and lead author of the new research paper featured in The Astrophysical Journal Letters, is planning to use returned data from Parker Solar Probe’s second perihelion pass to better understand the super heating phenomenon happening within the Sun’s corona. 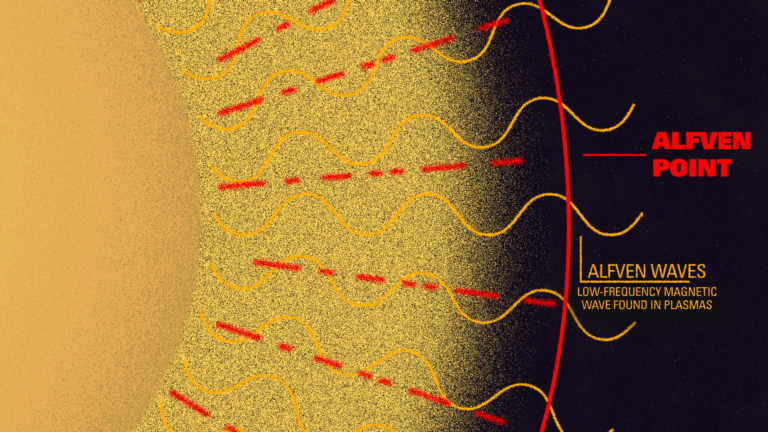 The zone of preferential heating, terminating at the Alfvén Point. (Credit: University of Michigan)

Over the course of its designated seven year mission, PSP will edge further into the vastly uncharted territory of the corona with every perihelion pass.  The Solar Winds Electrons Alphas and Protons Investigation (SWEAP), led by Kasper, focuses primarily on collecting solar wind and coronal particles from the super-heated atmosphere to determine why it occurs.

The corona experiences an area of chaotic heating referred to as the zone of preferential heating. Within this zone, individual elements can experience select heating reaching temperatures above 1 million degrees Fahrenheit while others only reach temperatures of 6,000℉.

This zone extends to the outermost boundary, called the Alfvén point: a distance at which solar wind and hydromagnetic “Alfvén waves” – oscillations within the magnetic field of the corona carrying energy which may assist in the superheating of the corona – are unable to make it back to the surface of the Sun.

Through examination of decades of observations provided by NASA’s Wind spacecraft, Kasper’s team determined the edge of this zone by measuring the temperature decay of helium due to interaction with ions in the solar wind as it traveled to Earth.

Using the Wind data, Kasper’s team hypothesizes that the zone of preferential heating is not a constant area but rather one that swells and contracts throughout the Sun’s 11 year solar cycle.

Kasper and co-author Kristopher Klein researched how the area varies in size and compared it to the Alfvén point and ultimately determined that the two seem to swell and contract synonymously.

According to their research, the zone of preferential heating extends anywhere from 10 to 50 solar radii from the Sun’s surface – and data from PSP may very well be able to prove their hypothesis.

Kasper and Klein estimate that PSP will enter the area between the Sun’s surface and the Alfvén point within the next two years. “Whatever the physics is behind this superheating, it’s a puzzle that has been staring us in the eye for 500 years,” said Kasper. “In just two more years Parker Solar Probe will finally reveal the answer.”

“With Parker Solar Probe we will be able to definitively determine through local measurements what processes lead to the acceleration of the solar wind and the preferential heating of certain elements,” said Klein.

With Parker Solar Probe in its science gathering phase, NASA has recently announced two new missions, due to launch in 2020, that will “work well together with the other heliophysics spacecraft advancing NASA’s mission to protect astronauts, space technology and life down here on Earth,” said Thomas Zurbuchen, Associate Administrator for the Science Mission Directorate at NASA Headquarters in Washington.

While PSP aims to solve the Sun’s mysteries from within the corona, these new missions are dedicated to solving the mysteries of the Sun from a vantage point closer to home.

Yesterday we announced two new missions to study the Sun and its influence on Earth — PUNCH and TRACERS. https://t.co/jP3f1cTz8M

Experts from both mission teams will be live on @reddit at 12:30pm ET to answer your questions! Join in: https://t.co/VrrIafCQ7j pic.twitter.com/vfQUjVL9wE

The Polarimeter to Unify the Corona and Heliosphere (PUNCH) and Tandem Reconnection and Cusp Electrodynamics Reconnaissance Satellites (TRACERS), both managed by the Explorers Program Office at NASA’s Goddard Space Flight Center, were initially proposed in 2017 and will study the Sun from orbits around the Earth.

PUNCH will study how solar wind evolves as it traverses the interplanetary distance from the corona to Earth.

PUNCH will be able to provide real time imaging of the extremely faint coronal atmosphere by utilizing a Narrow Field Imager on one spacecraft to image the outer corona while the other spacecraft will utilize Wide Field Imagers developed by SwRI to “provide the first global images of how the solar corona infuses the solar wind with mass and energy.” 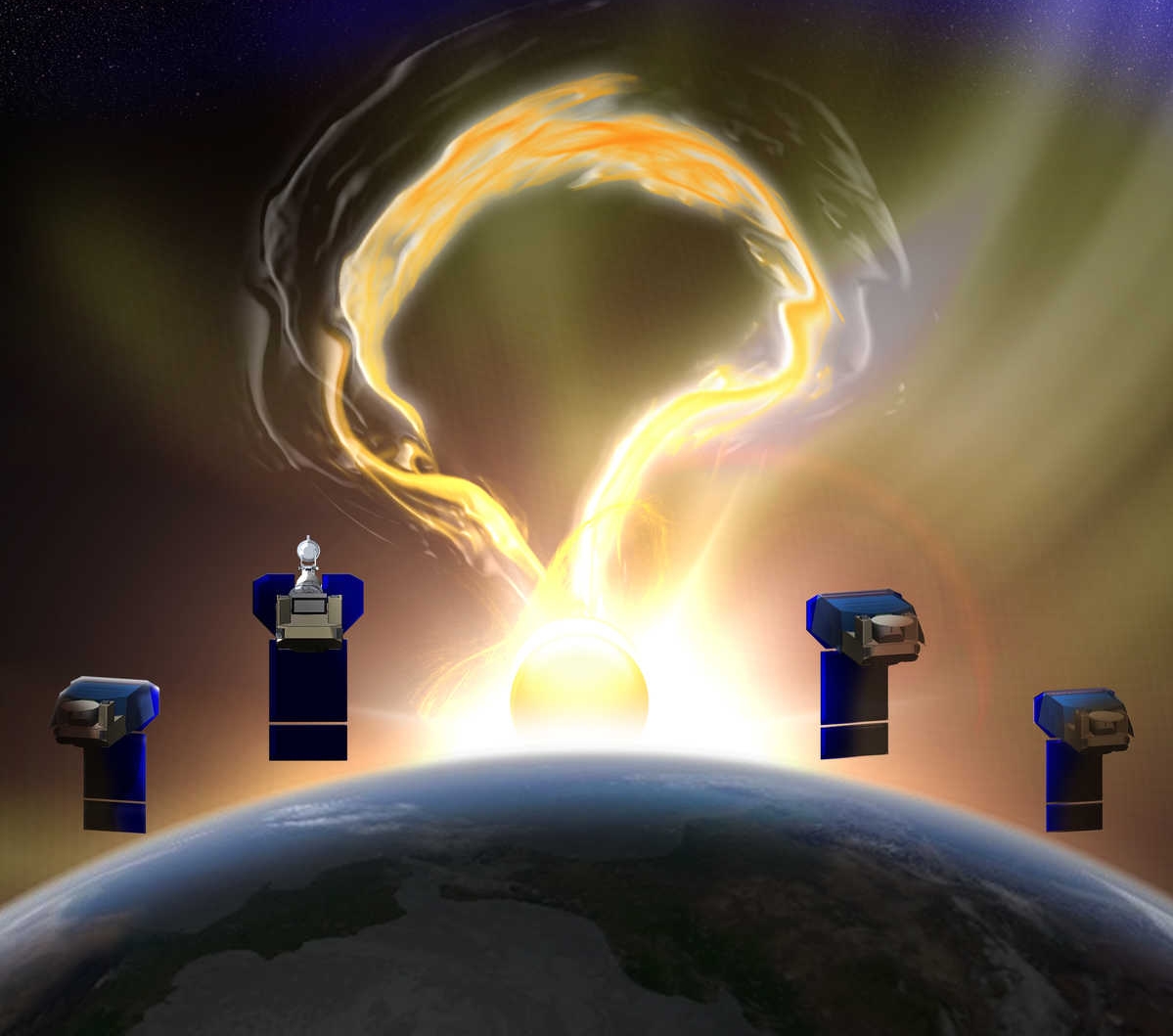 Launching as a secondary payload with PUNCH will be TRACERS, led by Craig Kletzing at the University of Iowa in Iowa City. It will observe particles around the Earth’s northern magnetic cusp region to understand how magnetic fields interact with the magnetically charged material ejected by the Sun through a process called magnetic reconnection.

The two spacecraft of TRACERS will study the cusp region where a magnetic opening is created around the Earth’s north pole that allows solar wind to reach the atmosphere. “The TRACERS research addresses long-standing questions about how energy couples from the solar wind into our local magnetosphere,”Kletzing said.

TRACERS will join a current NASA mission, the four Magnetospheric Multiscale spacecraft, or MMS, operating around the Earth’s magnetosphere to study magnetic reconnection. The MMS is led by Bob Ergun, a researcher at the Laboratory for Atmospheric and Space Physics in Boulder, Colorado.

While MMS completed its original mission goals over the last four years, there was an opportunity to have the spacecraft complete an extended mission mini-campaign to collect precise measurements to better understand solar wind turbulence.

MMS received a boost in orbit and was elevated completely out of the magnetosphere, allowing it to fly directly through the turbulence of solar wind.

Adjustments to the spacecrafts’ orientation were made to collect precise measurements to determine how the solar wind changes as it travels. For this, the crafts flew perpendicularly at various distances of 25 to 100 km from each other while tilted up 15 degrees to avoid any wake caused by the other spacecraft as they were dragged through the solar wind.

“Almost all of the astrophysical plasmas we look at around the Sun, stars, black holes, accretion disks, jets, are all extremely turbulent, so by understanding it around Earth we understand it elsewhere,” Ergun said.

Moreover, Earth is mostly protected from the harmful effects of solar wind through the magnetosphere’s deflection of the particles and radiation around the planet. The Moon, however, is constantly subjected to the solar wind’s potentially harmful effects.

Although the Moon does not have a magnetic field, it does have a few spots of magnetized rocks near its surface that are capable of creating localized magnetic fields varying greatly in size.

NASA’s Acceleration, Reconnection, Turbulence and Electrodynamics of the Moon’s Interaction with the Sun, or ARTEMIS (not to be confused with the newly renamed Artemis Program of SLS and Orion that now bears the same name), mission utilizes two repurposed spacecraft from the THEMIS mission, launched in 2007, to collect information about the Moon’s interaction with the Sun.

Data collected from this mission suggests that the solar wind interacts with areas of magnetized rocks to create pockets of protected lunar surface. It is hypothesized that this interaction is what creates noticeable lunar swirls such as the Reiner Gamma lunar swirl. 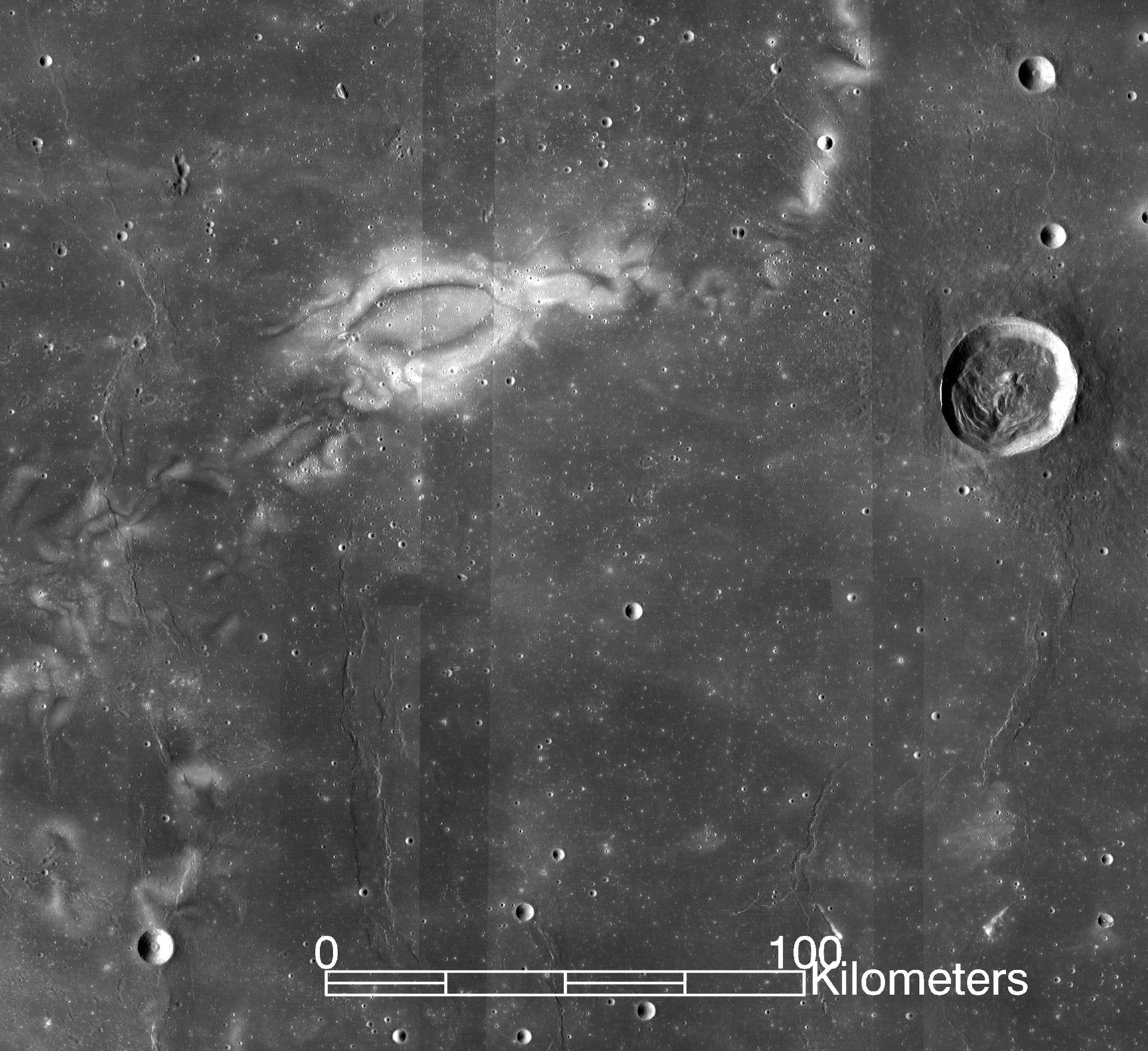 “The magnetic fields in some regions are locally acting as this magnetic Sun screen,” said Andrew Poppe, a scientist at the University of California, Berkeley, who researches the Moon’s crustal magnetic fields using data from NASA’s ARTEMIS mission.

While these areas of protection can be tens to hundreds of kilometers in length, it is not a robust solution to the problem of protecting future astronaut visitors from the magnetic radiation.

The Sun remains one of the most prominent producer of mysteries within our solar system. And scientists look to use these missions in tandem to further our understanding of what makes our host star work and how we can better protect against its sometimes harmful effects.