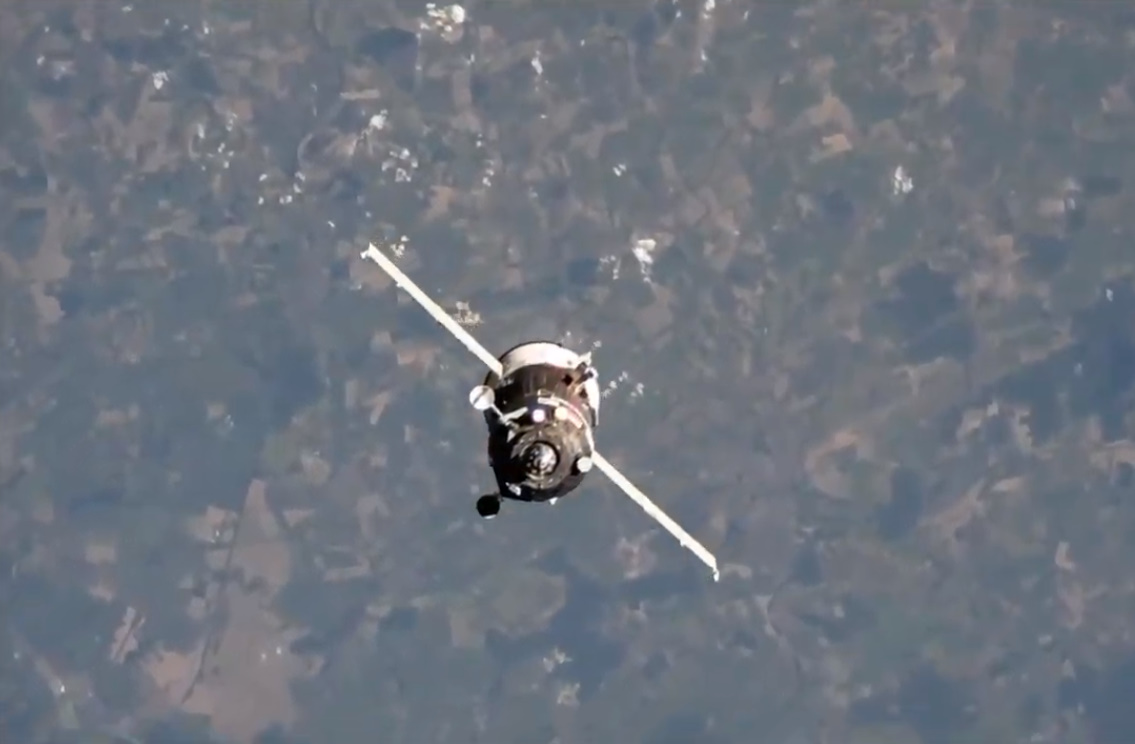 In a mission to resupply the International Space Station, the Russian Federal Space Agency – Roscosmos – used the Progress MS-12 uncrewed vehicle to continue testing and validating the super fast-track 2 orbit, 3-hour launch-to-docking profile for their spacecraft.

Confirmed by NASA earlier this month, this super fast-track rendezvous will eventually be employed on human launches to the international outpost beginning next year.

While construction of this particular Progress vehicle and its Soyuz 2.1a carrier rocket began years ago, the final push for launch operations began in early July, when the integrated Progress vehicle underwent solar array testing.

By 19 July, engineers completed fueling of Progress MS-12 with fuel and compressed gases, after which they delivered the craft to the final assembly and testing facility for integration with its Blok-I payload adaptor and encapsulation inside its payload fairing.

After encapsulation, Progress MS-12 was transported to the final integration facility, where it was connected to the top of the Blok-I second stage of the Soyuz 2.1a rocket.  Thereafter, the Blok-I stage was mated to the Blok-A core stage.

Soyuz 2.1a is a two stage to orbit rocket, featuring a Blok-A core stage, which is augmented by four strap-on liquid-fuelled boosters (Blok-B, V, G, D), and a Blok-I second stage.

Fully integrated, the launch vehicle and Progress MS-12 cargo craft were transported to Site No. 31/6 at Baikonur on 28 July and erected vertical for final prelaunch processing.

Launch on Wednesday morning was timed down to the second to permit Soyuz to execute a flight program that resulted in Progress MS-12 being injected into orbit directly in the plane of the International Space Station’s orbit 8 minutes 45 seconds after liftoff. 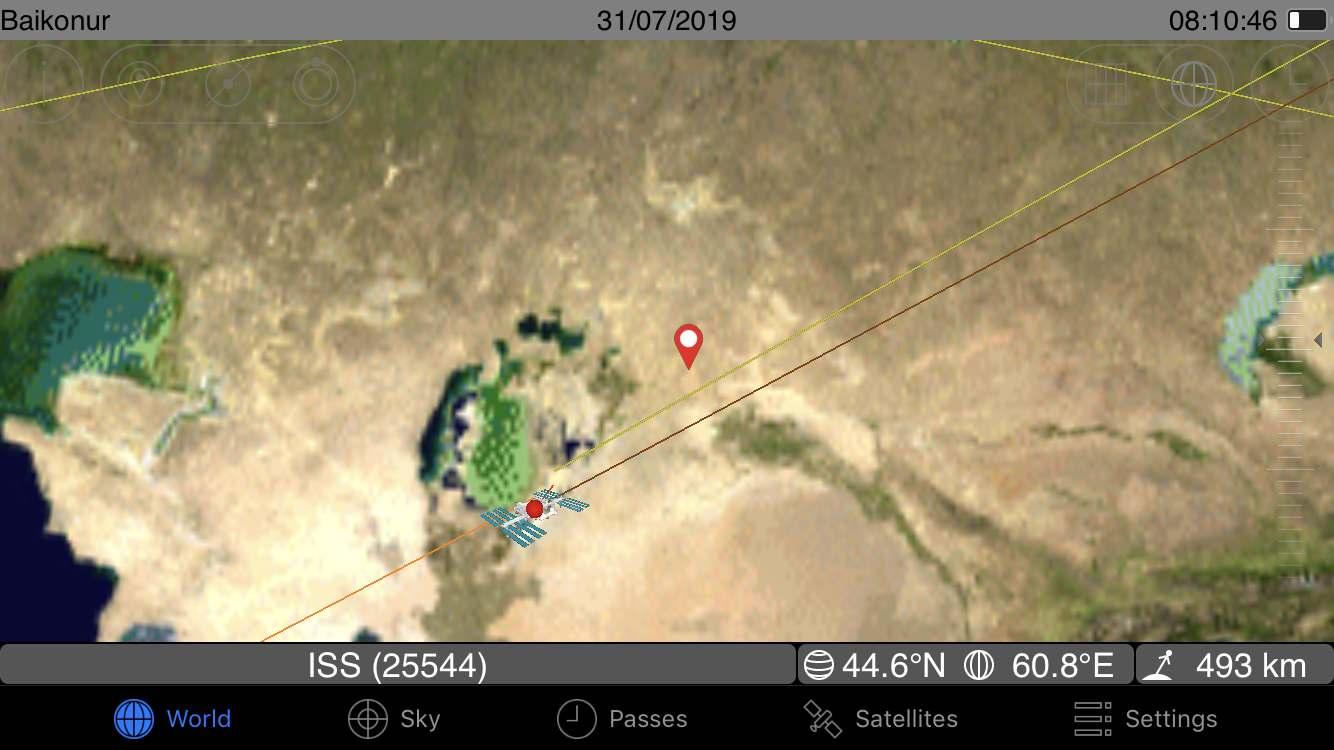 Location of the International Space Station relative to the Baikonur Cosmodrome at the second of Progress MS-12’s scheduled launch on Wednesday, 31 July 2019. (Credit: GoISSWatch App)

In this manner, launch is not timed to the moment the launchpad intercepts the orbital plane of the International Space Station but rather for the precise time prior to plane intercept that will allow Soyuz to launch and enter the dead center of the Station’s orbital plane 8 minutes 45 seconds later at Blok-I engine cut off and orbit insertion.

The four boosters burned for 1 minute 58 seconds before separating in the visually-defining Korolev cross pattern; with booster separation, the entirety of the vehicle’s thrust was provided by the Blok-A core stage, which at that point were thrusting at 921.86 kN (207,240 lb force) of thrust.

About 4 minutes 44 seconds into flight, while the Blok-A stage was still thrusting, the Blok-I’s engine ignited in the Soyuz’s traditional “hot staging” technique.

The Blok-I fired for 4 minutes, shutting down 8 minutes 45 seconds after launch – at the precise moment Progress MS-12 was inserted into a 210 x 210 km orbit inclined 51.6 degrees to the equator.

Almost immediately after stage shutdown, Progress MS-12 separated from the Blok-I stage and unfurled its solar arrays and communication antennas.

This immediate deployment was crucial to validating the orbital insertion parameters and health of the Progress through the Vostochny Cosmodrome in eastern Russia to ensure the craft is in the correct orbit to perform the super fast-track 2 orbit, 3.5-hour rendezvous and docking with the International Space Station.

Should something not be correct with orbit insertion, Progress MS-12 could always revert to the standard 36 orbit, 2-day rendezvous profile with the Station. 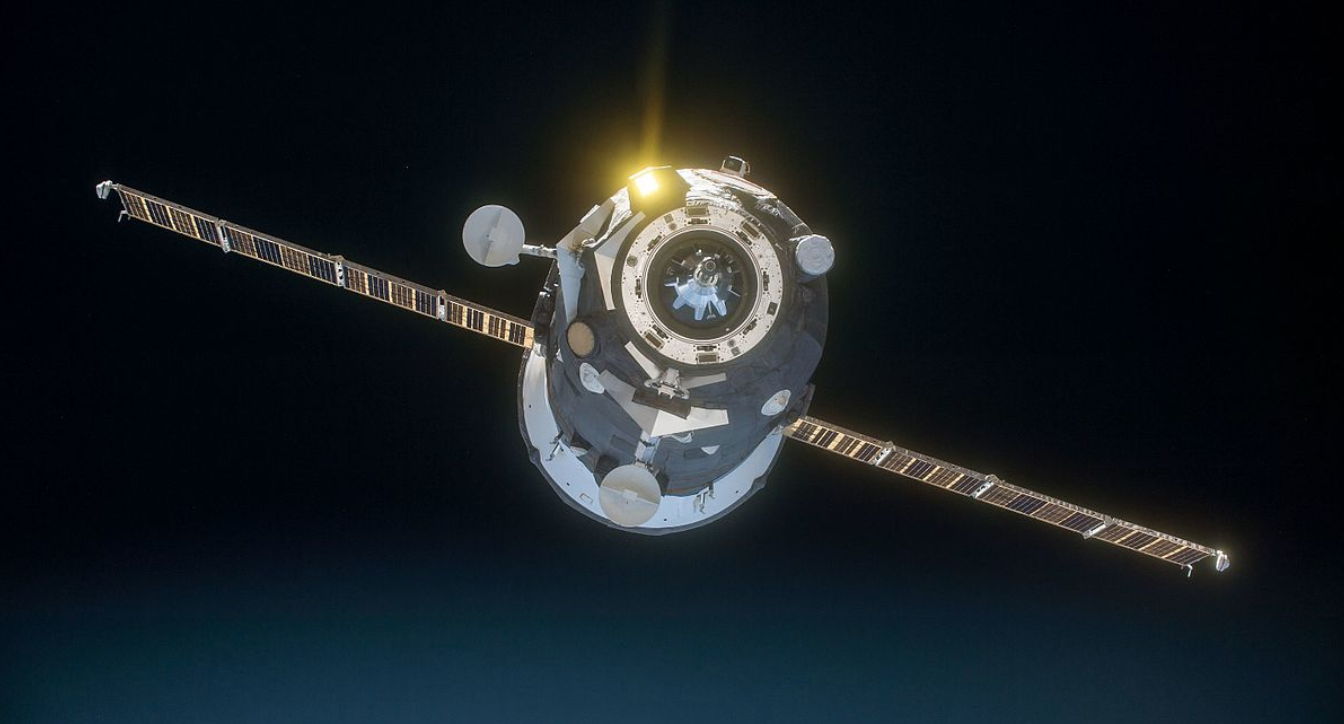 On the cargo side, scientific equipment, life-support components, as well as food, clothing, medicine, and personal care packages for the crew are also included.

While this is a Russian resupply craft, Progress MS-12 will carry 18 kg of supplies for the United States Operating Segment (USOS) of the Station, which includes NASA, Canada, Europe, and Japan.

Specifically, Progress will deliver sample kits and smoke detectors for the Zarya service module and crew care packages for the USOS crew.

With the amount of supplies launching on Progress MS-12, the Space Station’s overall critical supply inventory (known as the Station’s consumables) outlook in terms of the supply item that will run out the quickest will now be fully stocked through February 2020 without any resupply missions after Progress.

That critical consumable is food, which is currently stocked through January 2020 without Progress MS-12.

According to NASA, “Prior to Progress, all consumables on the station are good until 2020 with the short pole being food (currently tracking to mid-January 2020.)  Progress extends that to February along with just about every other consumable.

“So overall supplies are looking very good onboard.”