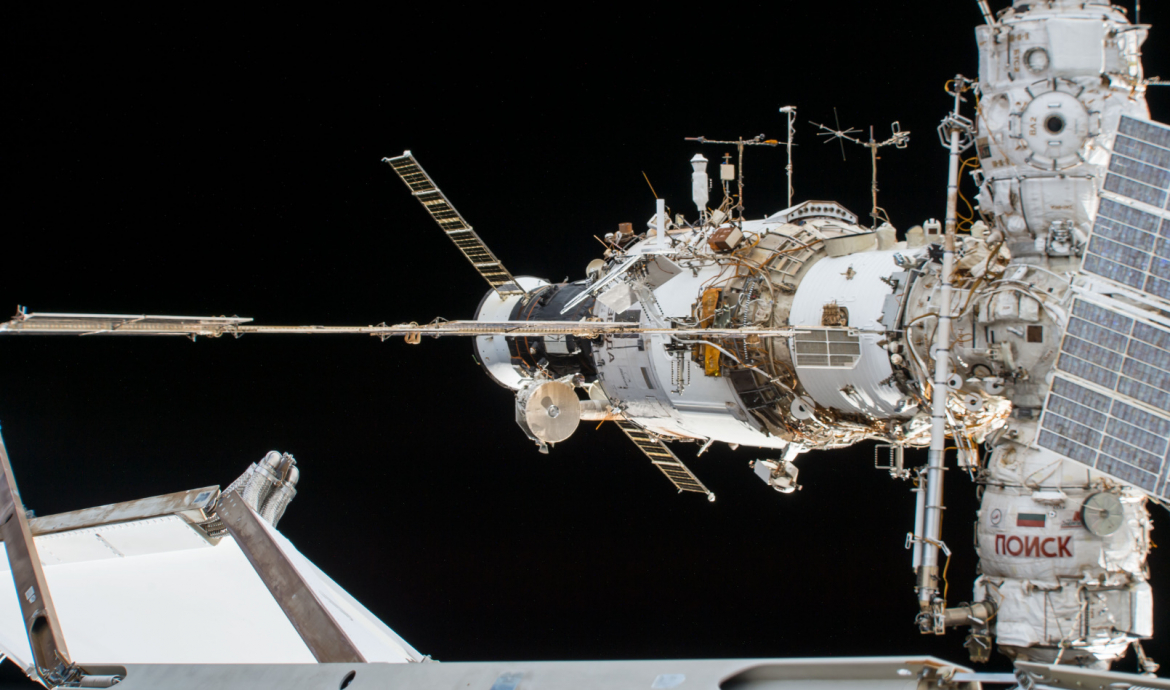 Russia is working towards the future expansion of its segment of the International Space Station. Although major additions to the United States’ segment have mostly ceased following the end of the Space Shuttle Program in 2011, Russian segment expansion is set to restart as early as the middle of next year.

Since the International Space Station (ISS) program started in the 1990s, Russia has intended to expand its segment of the ISS from its current configuration. The first proposed module was the Science Power Platform – also known as the NEP – designed for the canceled Mir 2 space station.

The NEP would have consisted of two parts – a small pressurized module, and a truss with solar arrays, radiators and a robotic arm. The eight solar arrays would have generated enough power to end the Russian segment’s partial-reliance on the United States segment’s solar arrays.

However, the NEP was cancelled in 2004 after a lack of funding. In the same year, the focus was switched from the NEP to a new module, Nauka.

Nauka – also known as the Multipurpose Laboratory Module, or MLM – was to be built from the unfinished backup for the existing Zarya module, Functional Cargo Block 2. It would be the main Russian science and research module, with additional living quarters for cosmonauts.

Nauka would feature solar arrays, radiators, and the robotic arm designed for the NEP. Spare parts for Nauka were launched to the ISS in 2010 on the Rassvet module. 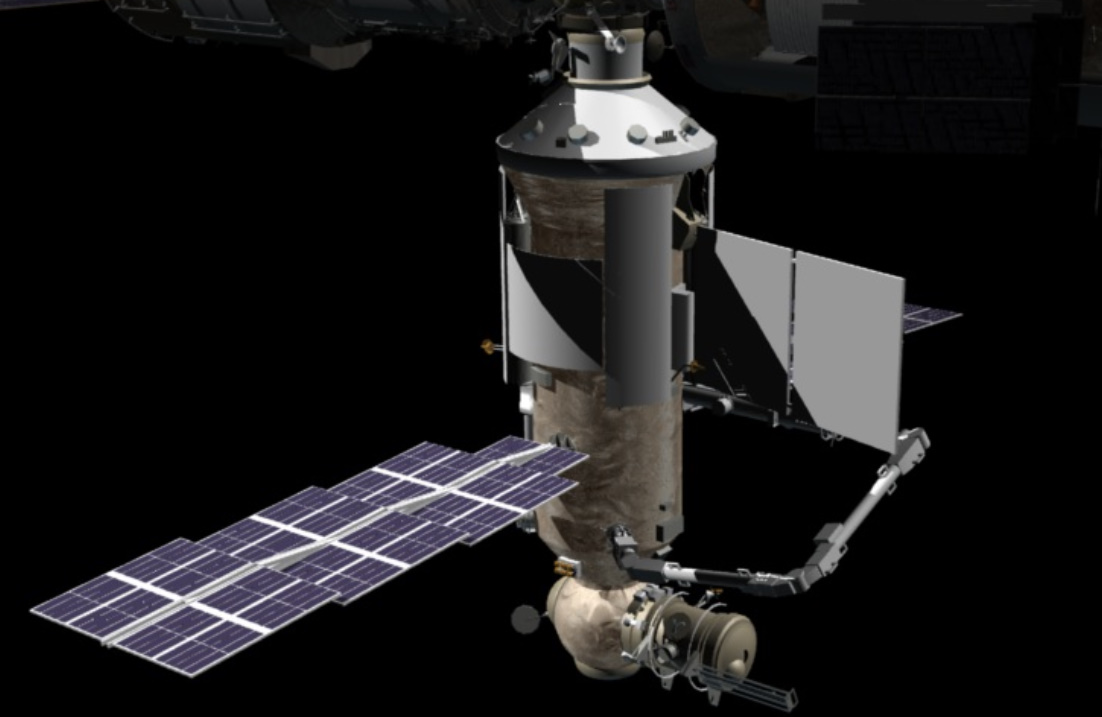 The launch date for Nauka has been plagued with delays, often related to its propulsion system. In 2013, a leaking valve was discovered, necessitating the valve’s replacement and a thorough decontamination of the module.

In 2014, it was discovered that most of the exterior plumbing on Nauka needed to be replaced because of the propellant leak. In addition, the warranty on the module’s engines had expired, requiring them to be replaced.

In 2017, metallic dust was discovered inside Nauka’s propellant tanks. After trying out repair techniques on a test article tank, it was decided to replace the contaminated tanks altogether with single-use tanks derived from those on the Fregat upper stage.

Current ISS planning schedules show Nauka’s launch date as June 2020. However, that is likely to be pushed back further due to the fuel tank replacement.

After Nauka, the second new Russian module will be the Prichal node – previously known as the Uzlovoy module. Prichal is a spherical docking node featuring six docking ports – one of which will be attached to the underside of Nauka. 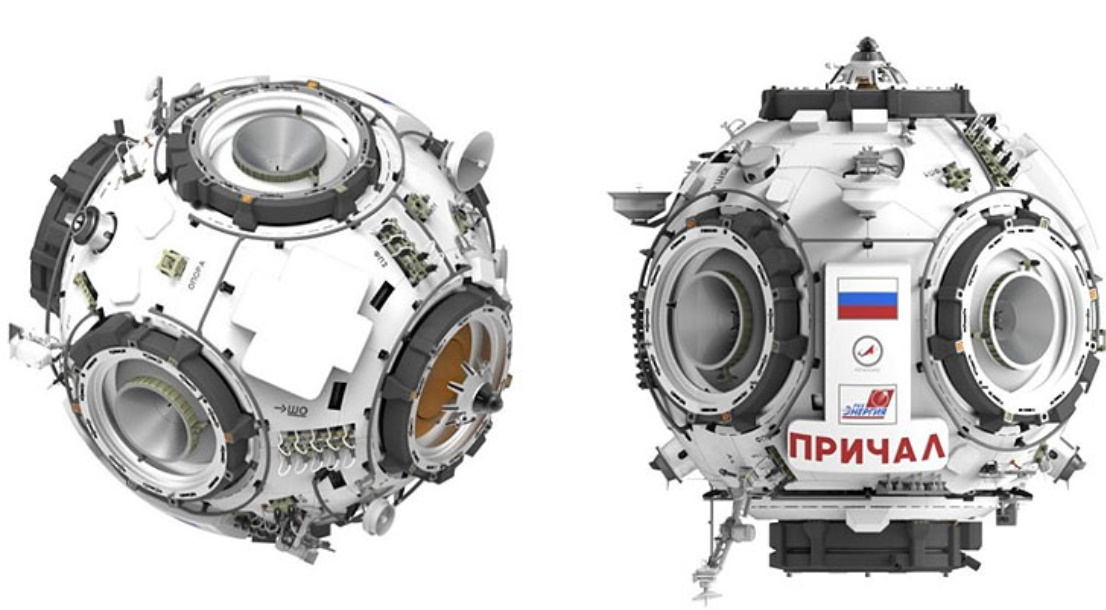 Renderings of the Prichal node module. The top port on the right view will attach to the underside of Nauka. Credit: RSC Energia

Prichal will allow additional Soyuz and Progress spacecraft to dock to the station, along with future station modules.

Prichal is scheduled to launch on a modified Progress spacecraft in December 2020. However, that is dependent on when Nauka launches.

The third new Russian module is the Science-Power Module-1 – also known as SPM-1 or NEM-1.

Russia began designing two NEM’s following the cancellation of the NEP, with the NEM’s taking on many of the NEP’s responsibilities. Since the NEM’s would be clean-sheet designs, they were able to feature more modern systems.

Currently, only one NEM has been funded and scheduled for launch, designated NEM-1. 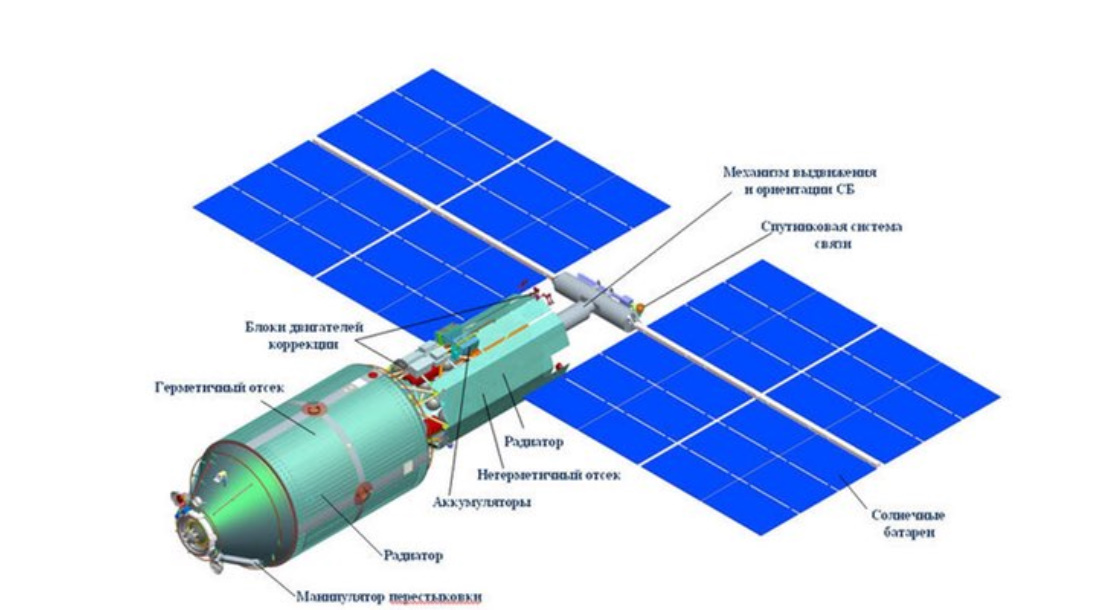 The module will contain a universal payload rack system, similar to the one used in the modules of United States’ segment. This will allow medical, scientific, fitness, and crew quarters racks to be easily interchanged.

A mockup of the module’s interior was built in 2014 to demonstrate the new rack system. It is now being used to train astronauts and simulate crew activities.

The tests were a success, confirming that the module will survive for its rated 15-year lifespan. The two test articles will later be converted into simulators for use in a neutral buoyancy lab. 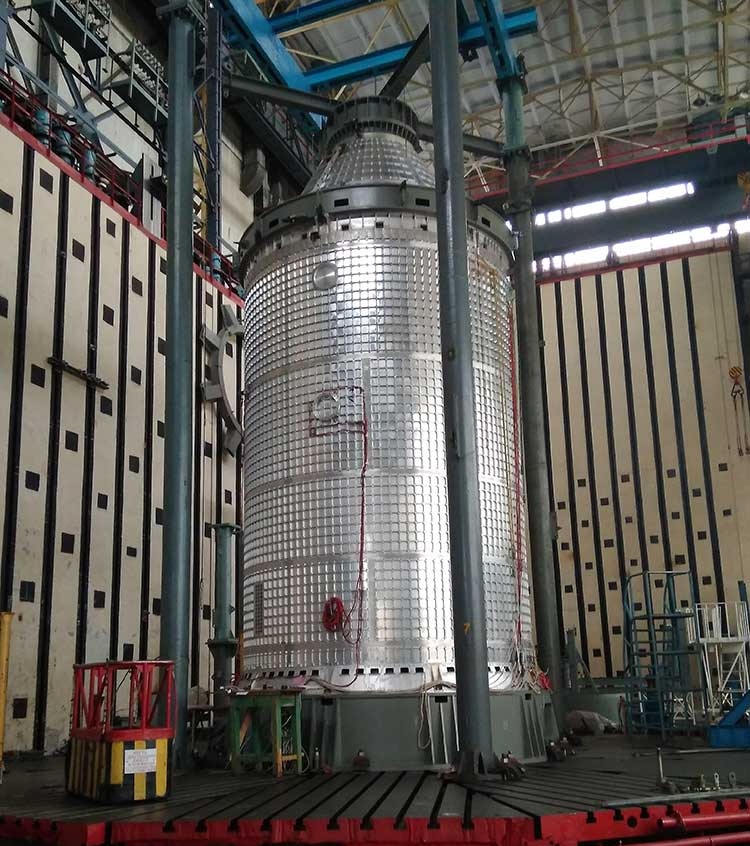 Due to the module’s large size, it will require a custom-made fairing to be able to fit onto a Proton. The fairing will be made up of two parts – a lower cylindrical portion to cover NEM-1’s unpressurized section, and a conical section to cover the top docking port.

The side of the pressurized section will be left uncovered. Wind tunnel testing was performed on a model of the fairing in 2014.

After NEM-1 is attached to the ISS, expansion of the Russian section will be complete. In the past, Russia planned to detach their segment and turn it into an independent space station, called OPSEK. However, they confirmed in 2017 that they were no longer considering this option. 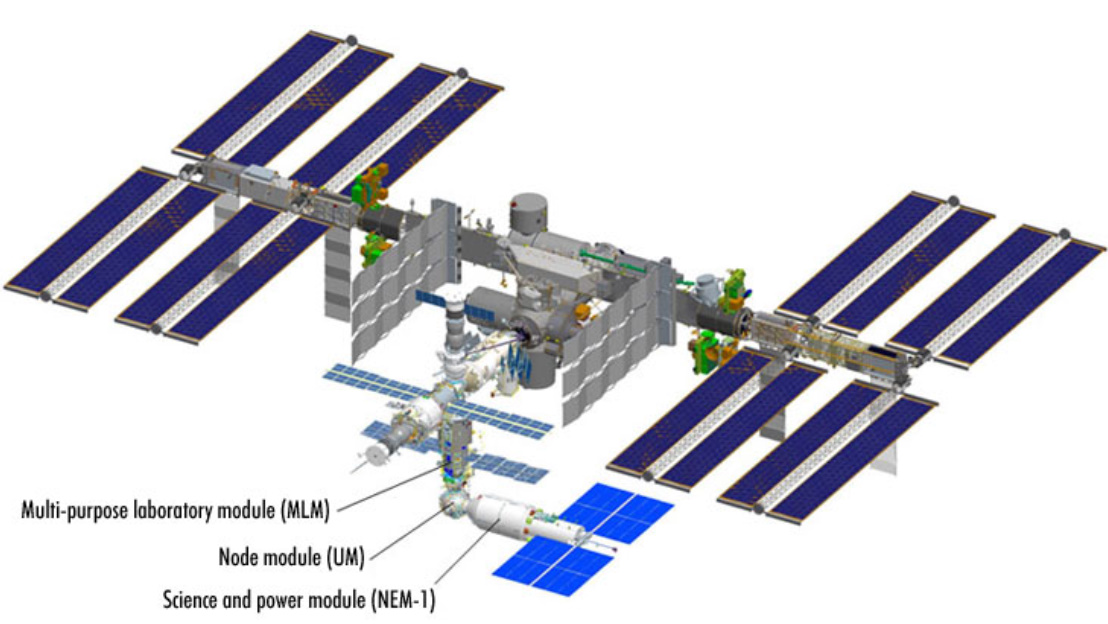 Diagram of the ISS after the addition of the three new Russian modules, seen on the bottom of the image. Credit: RSC Energia

Altogether, the three new modules will increase the Russian segment’s internal volume by approximately 60 percent. Nauka and NEM-1 will significantly expand the power generation of the Russian segment, ending its reliance on additional power from the United States’ segment.