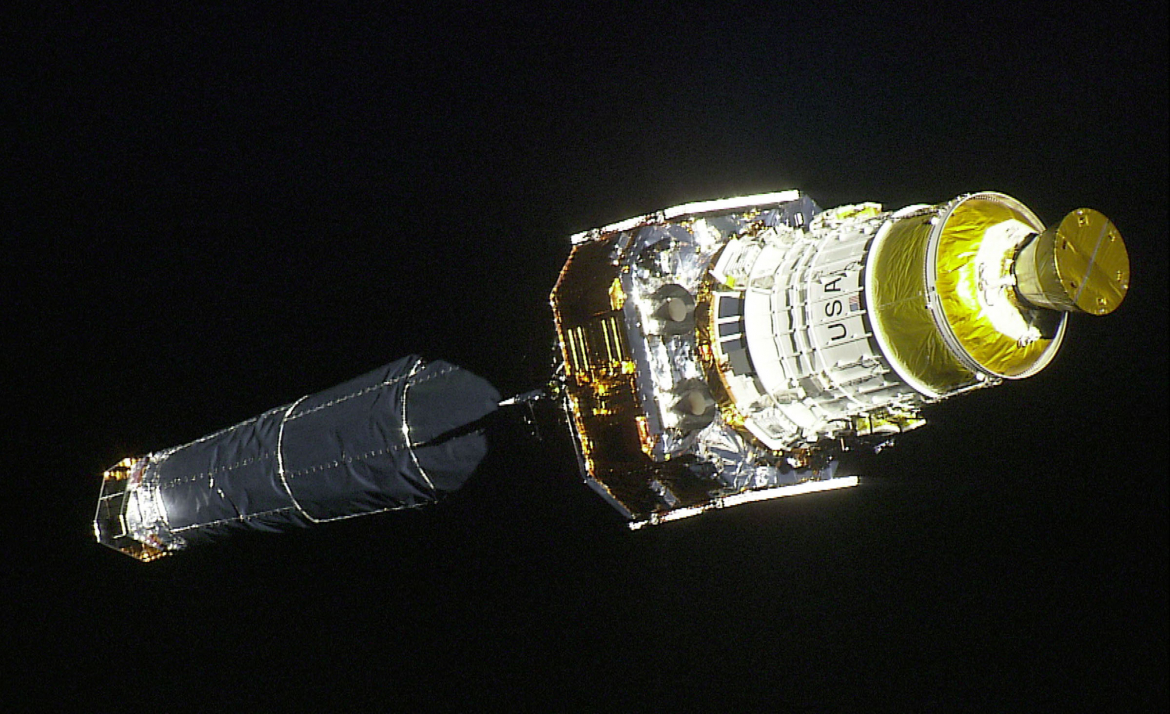 Coming 20 years after the x-ray telescope’s launch, the Chandra X-Ray Observatory has greatly aided an international team of scientists who performed the first-ever observations of the beginning stages of a galaxy cluster merger.

Dr. Liyi Gu from RIKEN national science institute in Japan and SRON Netherlands Institute for Space Research, and the first author of a paper published 24 June 2019 in the journal Nature Astronomy, sat down with NASASpaceflight to discuss the importance and ramifications of this discovery.

Using Chandra to unlock how the universe’s structure formed:

Launched in July 1999 aboard the Space Shuttle Columbia, the Chandra X-ray Observatory has been a major benefit to the X-ray astronomy community, working in conjunction with other space-based and ground-based x-ray telescopes.

The first-ever discovery of an early-stage galaxy cluster merger made in part using data collected by Chandra is one in the long list of the telescope’s accomplishments – and it is a particular discovery that is equatable to finding the proverbial needle in a haystack.

Prior to this early-stage merger discovery, only late-stage cluster mergers had been observed, and scientists were eager to find early-stage mergers as they believed this phenomenon would help unlock the mysteries of how the large-scale structures of the universe formed.

The problem was a matter of time.  Late-stage mergers unfold over the course of a billion years and are therefore quite common. 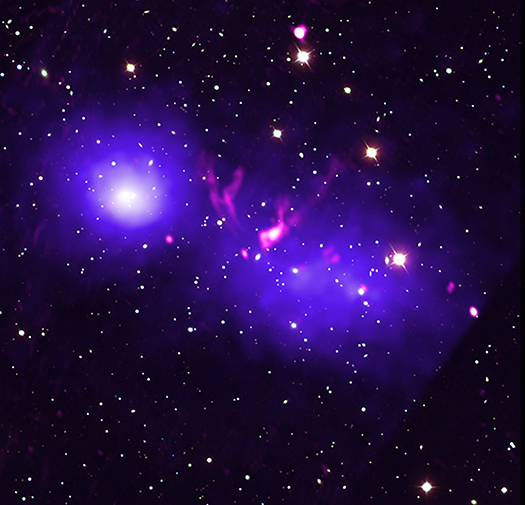 Early-stage mergers on the other hand last only 100 million years on average and are far less prevalent throughout the universe, and finding them is all that more difficult.

In fact, despite decades of observations, no early-stage mergers had ever been found before the one observed by Dr. Gu and his team.

“These [cluster] collisions are the most interesting events in the universe since the Big Bang,” said Dr. Gu in an interview with NASASpaceflight.  “If you think about the entire time scale of the universe, each cluster collides basically just once in its lifetime or twice. So it’s relatively rare, and these clusters will release a great amount of energy [when they collide].  That makes it a very important event in the universe.”

Dr. Gu and his team actually came upon this merger by chance a few years ago when he and a colleague were reviewing data gathered from another x-ray satellite that was launched by Japan.

The indication of a shock was the key element for Dr. Gu and his team that these two galaxy clusters were close enough to be interacting with each other, leading to a hypothesis that they may have found an early-stage merger. 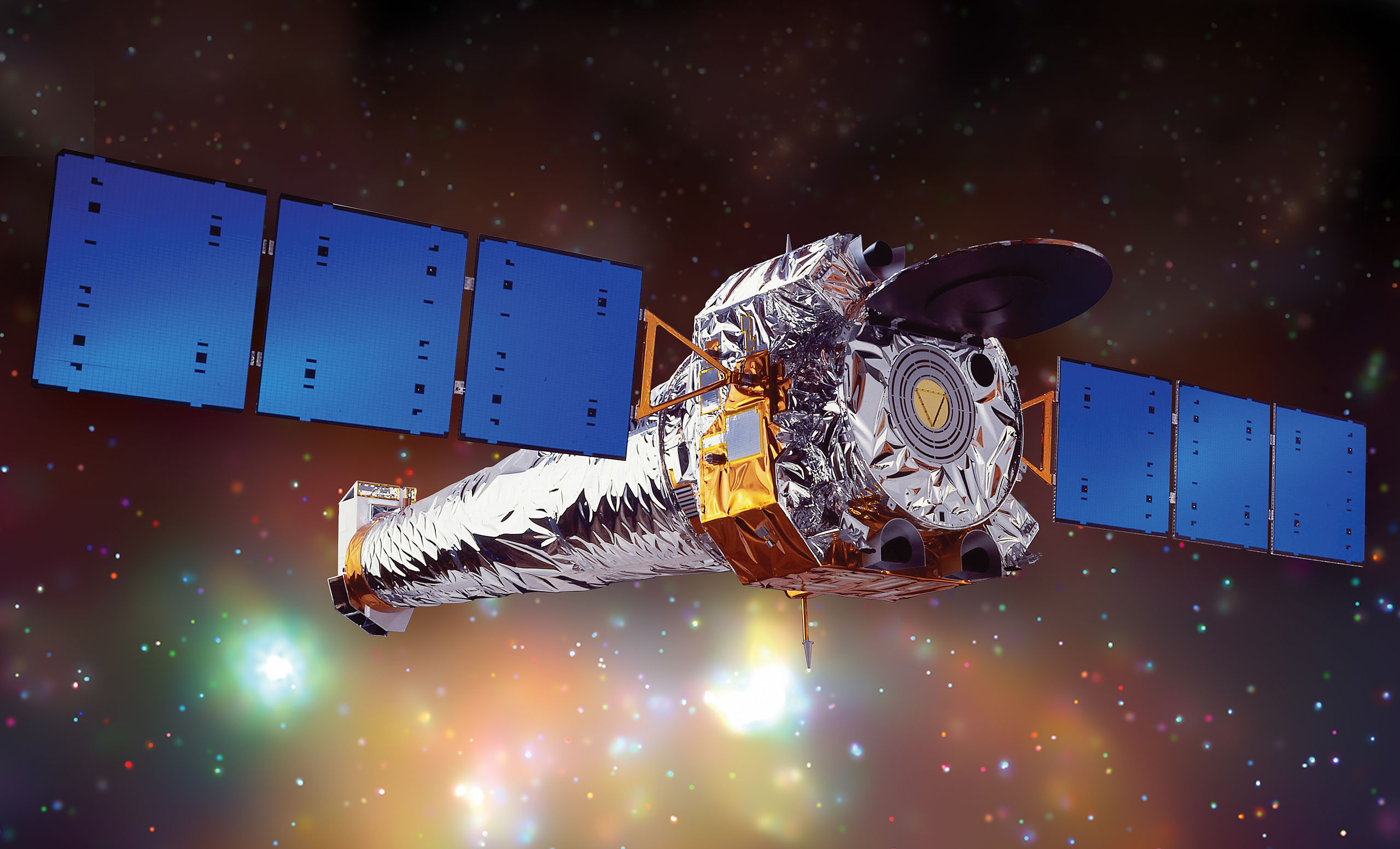 It was at this point that the team began looking into using the Chandra X-ray Observatory to gather a series of data points in conjunction with two other x-ray telescopes to provide the best possible spectroscopic analysis and X-ray and Radio-band observations of the merging clusters.

“Chandra played a main role here because high spatial resolution is basically the key to finding the shock.  It can tell us where exactly the shock is by just the brightness change,” said Dr. Gu.

That telltale change in brightness was the most direct evidence for a shock available because when two galaxy clusters collide and merge with one another, the energy of that collision goes into the shock.

And according to Dr. Gu, “the shock is one of the most important particle acceleration events in the universe and creates a lot of heat by heating up the entire cluster, the entire gas in the cluster.  And the shock will give a very big amount of radiation and a big amount of high-energy cosmic ray particles that must be accelerated.

“So the shock is the most important channel of energy during a merger.  In this particular case, the discovery of a shock also proves that these two clusters are strongly interacting with each other at this moment, and it shows us that the collision is really starting.”

What’s more, the shocks observed in these two colliding galaxy clusters were previously theoretical in nature.

In all observed late-stage merger events, shocks had only been seen moving along the merger’s x line – the line connecting the two cores of merging clusters.

But theoretical models predicted that in the early stage of merger events, a different type of shock, an equatorial shock, created by hot gases being expelled outward from the two merging clusters would occur.

Incredibly, observations from the first-ever early-stage merger to be found seem to prove that theoretical model true as observations from Chandra and other x-ray observatories showed shocks of hot gases emanating outward from the equatorial plane of the merging clusters.

“In this subject, we only see the equatorial type of shocks,” related Dr. Gu.  “And indeed in this observation we prove this [equatorial shock] theory might be true because we see the shocks at the equatorial region and they are indeed moving outside of this merger equator.”

These equatorial shocks are formed indirectly from the collision event as the gases from the clusters are compressed together, and that compression causes thermodynamic pressure which heats up the gases.

“In the middle of the gas, it has been compressed too much and some part of the gas is trying to escape.  And as the two clusters approach, it’s hard to escape on the merger axis,” so the gas escapes along the equatorial axis instead.

A system of merging clusters of galaxies, MACS J1149 is located about 5 billion light years from Earth. Galaxy clusters contain up to thousands of galaxies and vast reservoirs of hot gas embedded in massive clouds of dark matter! #WednesdayWisdom — More: https://t.co/WgPsCqpfey pic.twitter.com/41ZPV0iYuZ

Aside from the enormity of finally finding an early-stage merger, this find is a “missing piece of the puzzle” for astronomers seeking to understand how the very structure of our universe, large-scale structures such as galaxies and clusters of galaxies, formed.

Data from this merger and follow-up observations will hopefully help scientists unlock some of the mysteries of how the universe’s overall structures formed after the Big Bang.

*To review articles of STS-93’s launch of Chandra, click here*

SpaceX present to future: From retesting boosters to planning a Starship pad