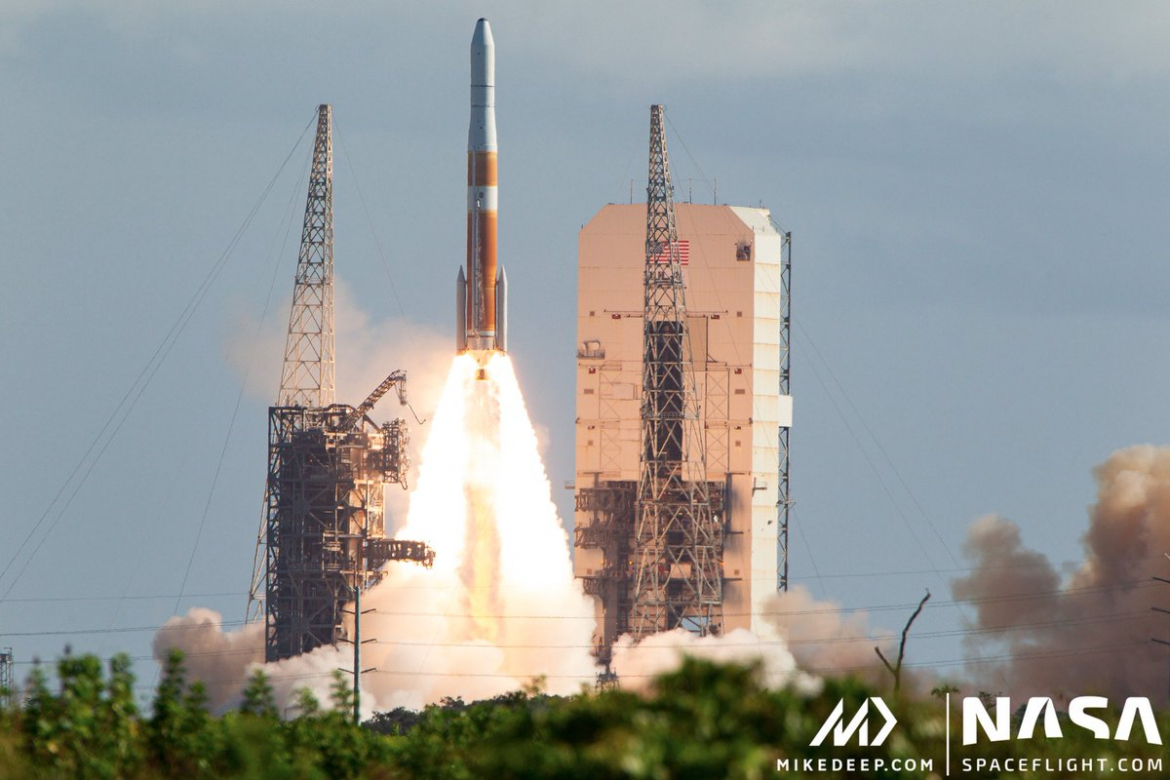 Nearly 17 years after it inaugurated the Delta IV family’s flight history, a Medium+ (4,2) configuration of a rocket that traces its lineage to the start of the space program bows out of operational service on Thursday with one final mission for the U.S. Air Force.

The swansong flight for the Delta IV Medium from United Launch Alliance launched inside a 27-minute window at 09:06 EDT (13:06 UTC) from Space Launch Complex 37B at the Cape Canaveral Air Force Station on a mission to place the second GPS III satellite for the Air Force into orbit.

Developed specifically to serve U.S. National Security space needs, the Delta IV rocket represented an increase in capability, safety, and reliability from the Delta II rockets, which continued to serve throughout most of Delta IV’s operational life.

Roaring to life for the first time on 20 November 2002, a Delta IV Medium+ (4,2) configuration rocket inaugurated the Delta IV family’s life with the commercial launch of the Eutelsat W5 telecommunications satellite to Geostationary Transfer Orbit.

Since that first launch, 40 Delta IV rocket family missions (counting this launch) have been conducted by United Launch Alliance (ULA).

Of those, 29 have been flights of the various Medium configurations.  And of those 29, 15 have been Medium+ (4,2) variants, making the + (4,2) the most-flown Delta IV configuration to date.

After reaching its initial parking orbit, the DCSS coasted for just under an hour before reigniting for a roughly three and a half minute burn.

The first post-orbit insertion burn raised the overall orbit to the correct altitude for spacecraft separation.

After delivering its payload, the DCSS will perform a deorbit maneuver two and a half hours after liftoff, which will alter its orbit to send the stage into a destructive impact with the ocean 7 hours 8 minutes after launch.

This deorbit operation of the second stage is part of a growing trend with launch providers to deorbit spent rocket stages whenever possible to mitigate the space debris environment surrounding Earth.

The beginning of the end for Delta IV:

Speaking directly to NASASpaceflight’s Chris Gebhardt regarding the retirement of the Delta IV Medium and the entire Delta rocket line in general, Tony Taliancich, Director and General Manager of Launch Operations for United Launch Alliance said, “It’s certainly an emotional event as we retire the Delta name and system. 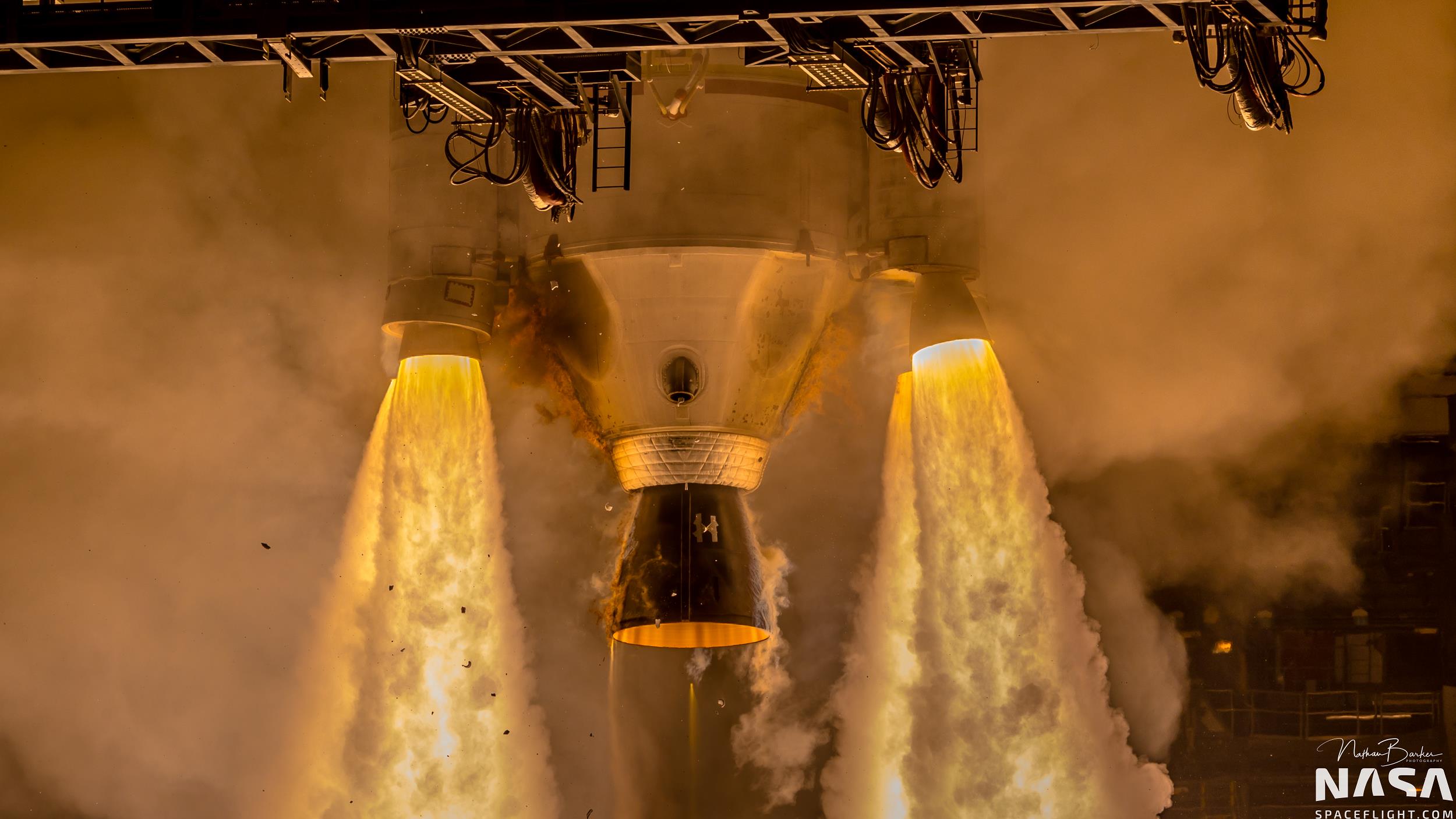 “But if you think about it, Delta goes back to the early 60s to the beginning of the space age with Thor and some of the other systems.  And so that Delta lineage that has provided so much support to not just national security but to science exploration and commercial development of space for the world has been a really significant and emotional heritage that we’re connected to.”

While this is the end for the Delta IV Medium, the processes it brought to the Delta IV family will continue.

“Really for the Delta IV Medium there’s very little in terms of the infrastructure that changes” following its retirement, said Mr. Taliancich when asked about what ground and flight systems might need to be changed or decommissioned to exclusively accommodate Delta IV Heavy rockets until 2024.

“There’s tooling and [Ground Support Equipment], lifting and tooling frames and structures that are specific to the Medium.  Some of the access platforms associated with it will be retired, scrapped or modified to some other purpose. But we do have several more Delta IV Heavy launches going on for the next few years, so that will require us to maintain all of the systems.”

Unlike other rocket retirements – even within ULA – that had full flight spares available upon retirement, there are no such spares for Delta IV Medium because the Atlas V rocket covers the range of missions a Delta IV Medium could support.

If a customer came to ULA tomorrow and said they wanted to go on a Delta IV Medium, the Atlas V would serve as the launcher instead.

And that actually points to a key factor in ULA’s decision to phase out the Delta IV Medium and the Delta IV family altogether over the next five years.

“In 2015 we looked at the fleet and decided that it didn’t make financial sense to have two product lines [Atlas and Delta] where we were competing with ourselves,” related Mr. Taliancich.

“So in looking at that, the more competitive system was Atlas, and then obviously to provide long-term competitive capability we needed to design and develop a new system.  So that’s Vulcan-Centaur.

“And Vulcan-Centaur takes the best of both systems – the best of the best from both Atlas and Delta – and merges them together to provide the full range of capabilities from short to medium on a single stick system.”

In this way, even though the Delta name will be retired next decade, its heritage from the beginning of the space program will continue to propel ULA’s and humanity’s efforts in space forward for years to come.