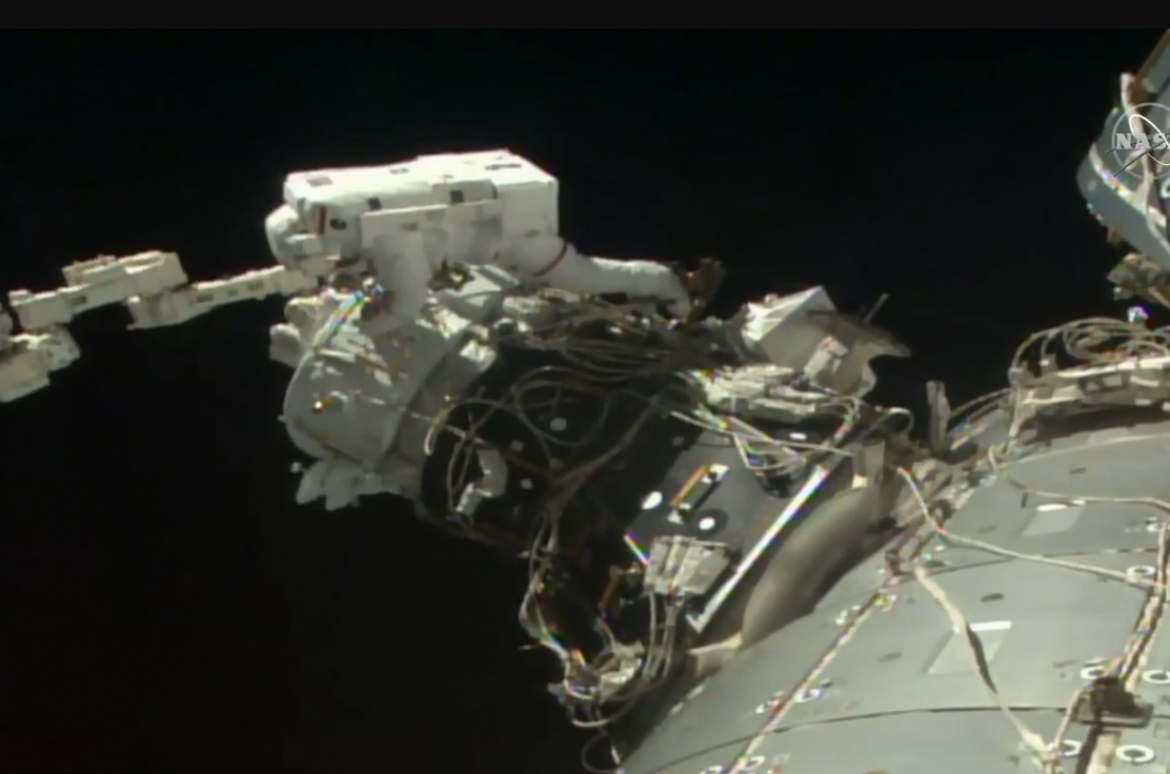 The latest spacewalk on the International Space Station (ISS) has completed the huge milestone of adding a second docking port for Commercial Crew vehicles. Expedition 60 Flight Engineers Nick Hague and Andrew Morgan worked a six-and-a-half-hour spacewalk to install International Docking Adapter-3 (IDA-3) to Pressurized Mating Adapter-3 on the space-facing side of the station’s Harmony module.

APAS was the docking system used by the now-retired Space Shuttles and is a Russian-designed system that NASA decided to adopt for ease of compatibility between the Shuttle and the Russian Mir space station, and joint Russia-NASA ISS.

APAS consists of a capture ring which extends from the arriving vehicle, which impacts an APAS port on the ISS to provide initial capture of the two vehicles. The capture ring then retracts to pull the two docking collars together, whereupon the “hard mate” docking process is completed.

However, APAS has a design disadvantage in that the system requires a large impact force to be applied in order for the capture ring on the arriving vehicle to latch onto the APAS port on the ISS.

As such, a Boeing-designed system known as the Soft Impact Mating Attenuation Concept (SIMAC) is part of the IDAs. The plan was always to attach two IDAs on the ISS, one for each of the station’s PMAs. They are ring-like structures with an APAS port on one end to connect to the PMAs, and a SIMAC port on the other end to connect to future crew vehicles.

IDA-2 is currently the only IDA attached to the ISS. IDA-2 was originally planned to take up IDA-3’s planned position on PMA-3. IDA-1 was destroyed by the anomaly that caused the launch failure of SpaceX’s seventh CRS resupply mission on 28 June 2015.

This was the docking port for the first Dragon 2 to launch to the ISS, during Dragon 2’s DM-1 mission. However, NASA requires two IDAs, allowing a port of call for both Dragon 2 and Boeing’s Starliner.

The latter is expected to conduct its first mission to the ISS in around October, an uncrewed mission called OFT-1 (Orbital Flight Test -1). This will be followed by the Crew Flight Test -1 (CFT-1) mission with a crew. SpaceX is also aiming to launch its first crewed mission on the DM-2 flight, potentially by the end of the year. 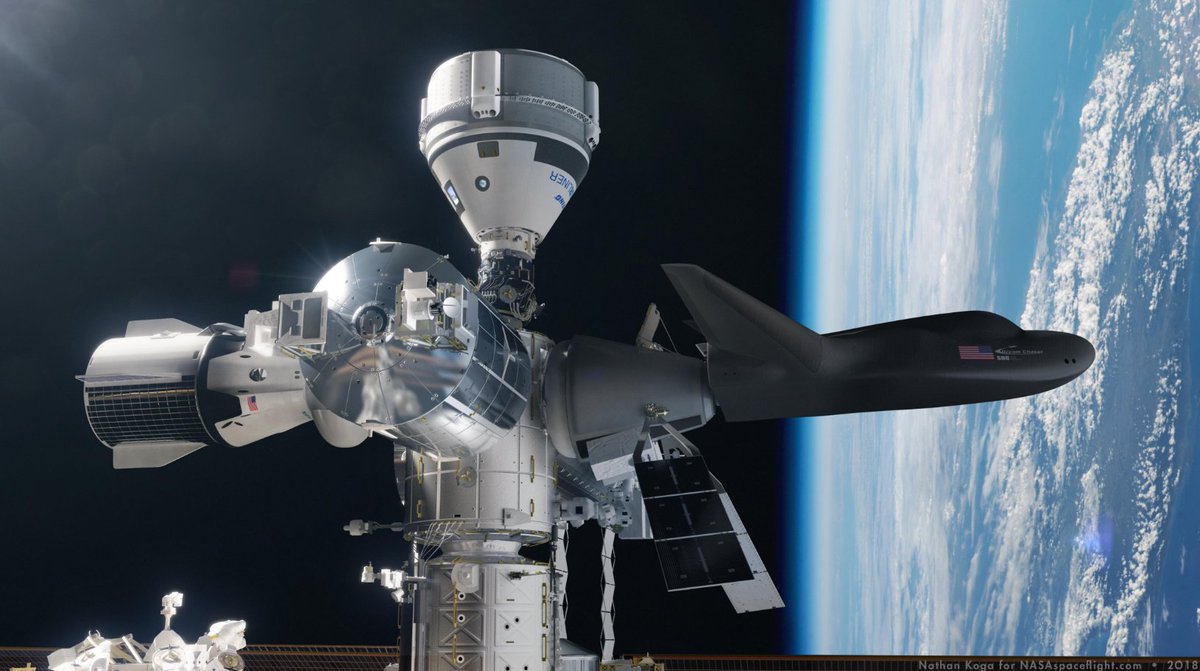 Meanwhile, the Cargo version of the Dream Chaser spacecraft won’t be using an IDA port. Although it is capable of docking, the decision was made to use the berthing approach for its upcoming cargo runs.

Following its safe arrival at the ISS, IDA-3 was pre-positioned just in front of its installation site on the forward side of PMA-3 by the ground controllers using the Dextre robot ahead of the EVA. Dextre extracted from the trunk of the CRS-18 Dragon spacecraft on which it was launched last month.

This view is a bit more artsy lighting-wise 😉 IDA3 will be installed on PMA3 (the spare docking adapter goes on the spare pressurized mating adapter). The PMAs were designed for the good old space shuttle orbiters. The IDA allows the future US vehicles to dock @Space_Station pic.twitter.com/tzm1lcy1dq

The robotic team positioned IDA-3 over PMA-3’s APAS docking collar, with alignment guides on both the PMA and IDA aiding the process.

EVA-55 completed the installation of the IDA by routing and mating cables between the PMA and the new docking port.

An issue with the communication system inside Morgan’s helmet was noted. However, teams decided the condition wasn’t bad enough to halt the spacewalk.

Following the duo’s egress from the Quest airlock, they made their way to the PMA to install a camera at the worksite before accessing the cables that were prepositioned during a previous EVA. These included three heater power, sensor power, and hook drive power cables.

Once these cables were connected, work will take place at the IDA Control Panel inside Node 2, for the commanding of IDA-3 to latch, which attached it to PMA-3’s APAS docking system.

This process went without any major hitches, allowing for the ground team to confirm the IDA was hard-mated and allowed Dextre to release its grip and move away from the worksite.

EVA-55 Closing the hooks on the IDA for hard mate with the PMA: pic.twitter.com/VmQeE1Yyxw

The majority of the EVA involved routing cables – although because they have been staged outside for around five years, these cables were stiff and could have proved to be troublesome during this spacewalk. Teams on the ground were prepared for such an eventuality and during the spacewalk the cables only provided some flakes that were observed by the cameras monitoring the EVA.

The teams then took closeout photos, removed the camera that was installed during the opening part of the EVA, and then cleaned up the worksite.

Some additional tasks involving insulation blankets (MLI) were completed partway through the spacewalk.

Always a fun part of an EVA….trying to get materials back into the crew lock bag, in space.

The spacewalk is the 218th in support of station assembly, maintenance and upgrades and the fifth outside the station this year. It is the third spacewalk for Hague and the first for Morgan.