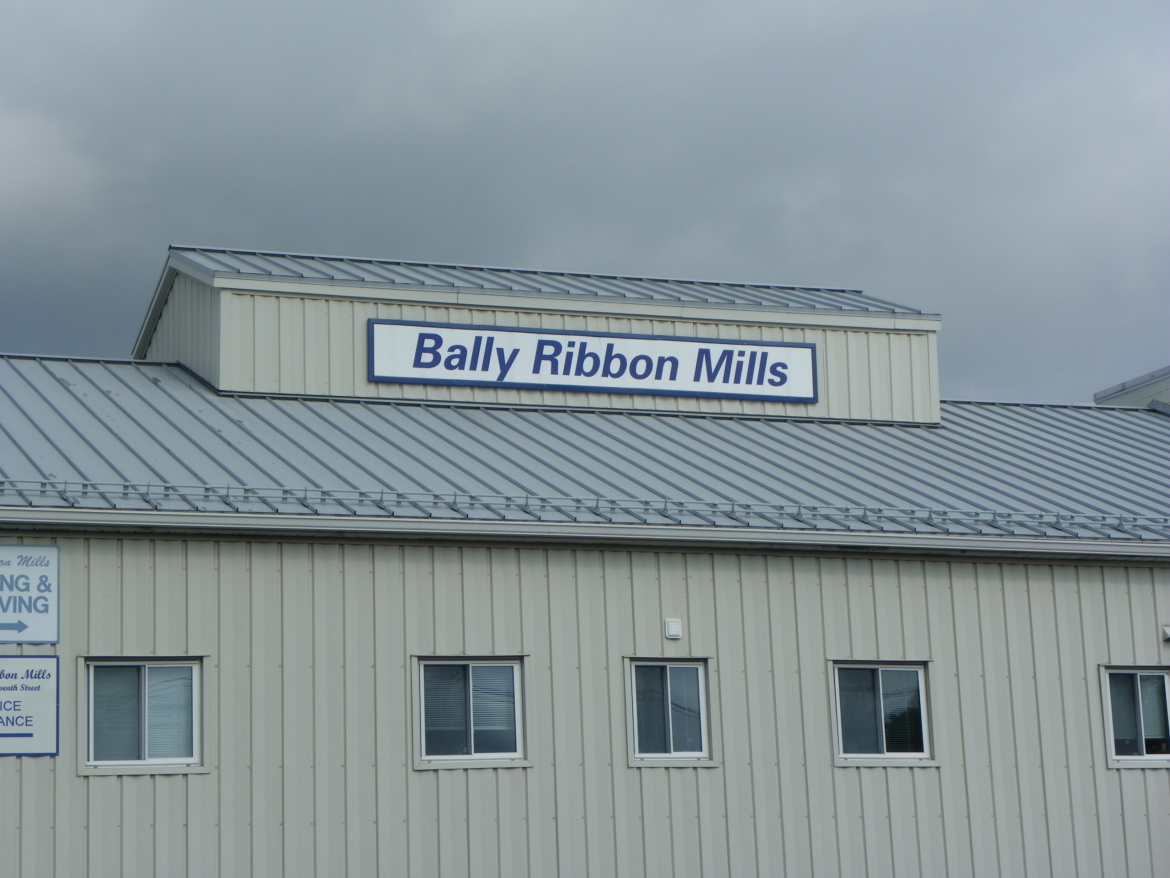 Private contractors are a crucial part of America’s space program. NASA has been partnering with industry since the beginning of the agency, and today, these partnerships range from launch services to research and development.

A recent set of research and development partnerships announced by NASA included many familiar names. But there were also several small businesses that you may not immediately associate with the space program. NASASpaceflight had the opportunity to visit one such partner that has been supporting NASA’s mission for decades.

Bally Ribbon Mills in Bally, Pennsylvania was founded in 1923. Their specialty is manufacturing engineered fabrics and webbing for a wide variety of applications, not least of which is America’s aerospace industry.

Dick Bohannon is Product Development Manager at Bally Ribbon and gave NASASpaceFlight.com a tour of their facility that continues to support current and future spaceflight programs.

The newest partnership is one of several Entry, Descent, and Landing (EDL) projects announced by NASA to prepare for Moon and Mars missions.

Bally Ribbon will be developing a new seamless weave, a weaving pattern for carbon fiber products, to be used on a mechanically deployable carbon fabric heat shield.

Useful insulation materials don’t often have great strength properties. Bohannon explained that woven carbon fiber structures, as opposed to unidirectional ones, offer additional strength than other heat shield materials. The increased strength can also eliminate the need for extra supports or joints, which can reduce the weight of the structure, crucial in aerospace applications.

NASA envisions these deployable heat shields enabling the delivery of larger payloads on interplanetary trajectories, such as Mars entry or sample return missions to Earth. By folding compactly for launch, the heat shields can fit more easily in today’s launch vehicles.

In addition to heat shields, Bally Ribbon has used its Thermal Protection System (TPS) experience to design insulation for the Orion spacecraft. The multi-functional TPS padding is designed to protect NASA astronauts on long-duration missions to the Moon and Mars. According to Bohannon, this TPS will be used for the first time on the upcoming Artemis missions.

Bally Ribbon also fabricates structural components for vehicles using carbon fiber. Bohannon says they’ve developed a separation ring which sits between the core and upper stages of the Space Launch System. He also was able to show NSF another ring that was developed for the European Space Agency, for potential use in Arianespace’s Ariane rocket family. 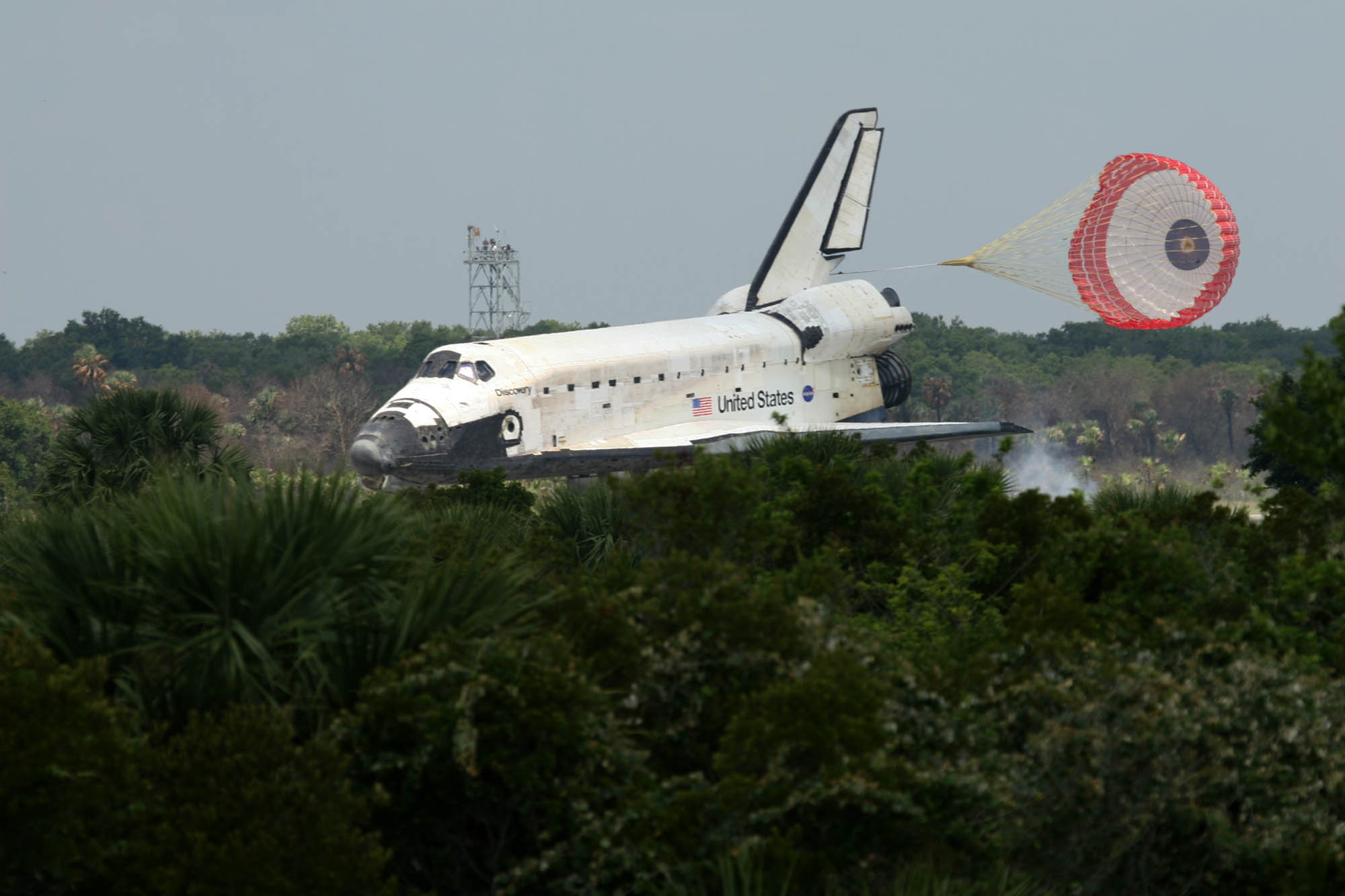 However, as their name implies, Bally Ribbon Mills work with more than carbon fiber. Parachutes for almost every American space program used webbing produced by Bally Ribbon, including the ribbon parachutes from the Space Shuttle program.

Bohannon remembered the more than one hundred drop tests the space shuttle parachutes had to pass but says modern programs have reduced that number slightly. The material for every extraction, drogue, and main chute for both the orbiter and the solid rocket boosters was produced by Bally Ribbon Mills.

Bohannon added that some of their most recent work included redesigning a weave for NASA’s Commercial Crew program, which will see both SpaceX’s Crew Dragon and Boeing’s Starliner capsules parachuting back to Earth.

Building on decades of experience supporting America’s space program, Bally Ribbon Mills is one of many NASA partners. Small businesses and aerospace corporations continue to be integral for mission success, for both government and commercial spaceflight programs.

But in the words of former NASA Administrator Charles Bolden, “the path to Mars goes through Bally, Pennsylvania.”