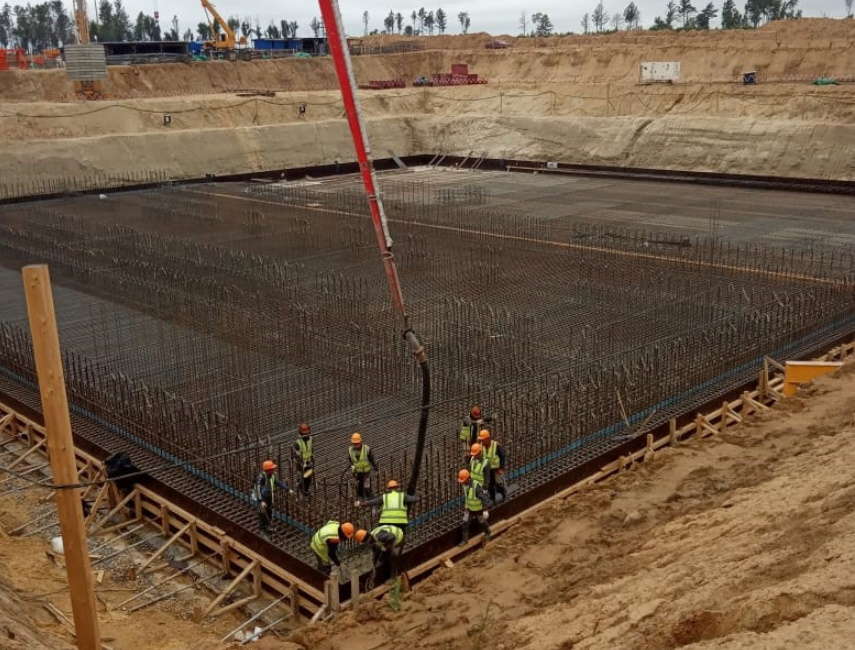 Work on a second launch pad at the Vostochny Cosmodrome is underway. The new pad at the relatively new launch site will cater for Angara launches that are set to begin in 2021. The Cosmodrome is already hosting Soyuz launches.

A key part of Russia’s future space launch ambitions – Vostochny has undergone a maintenance period on its current pad that is dedicated to Soyuz rockets. However, it will eventually be the future site for the Angara and super heavy launch vehicles.

Vostochny, whose name means “Eastern”, is built on the site of the former Svobodny missile base. Svobodny, which was the farthest East of Russia’s cold war missile bases, was occupied by UR-100K missiles until its closure under the START-II treaty during the 1990s.

After its closure as a missile base, Svobodny was used between 1997 and 2006 for a series of five orbital launches via the Start-1 rocket, a derivative of the Topol missile. Svobodny was closed in 2007 by order of Vladimir Putin, as the Russian Space Agency, Roskosmos, considered the little-used site redundant and expensive to maintain.

As the most southerly of Russia’s launch sites, Russia’s primary launch site, Baikonur, has been the most suited for launches to lower-inclination orbits. With the other Russian site, Plesetsk, too far North to provide a practical alternative, all of Russia’s geostationary missions go through Baikonur, as well as launches to the International Space Station and beyond Earth orbit.

While Vostochny’s latitude of 51.8 degrees North is still higher than Baikonur’s 45.9 degrees, meaning that low-inclination launches will need to expend more fuel adjusting their inclination during flight, it is still usable for geosynchronous missions.

Most importantly, Vostochny will allow Russia to reduce its dependence upon Baikonur – a site which, since the breakup of the Soviet Union, it has been forced to lease from Kazakhstan.

Such will be the reliance on the new site, Roscosmos plans to move 45 percent of Russia’s space launches to Vostochny by 2020, with Baikonur’s share dropping from 65 percent to just 11 percent. This swing will continue to grow until a projected 90 percent of Russian launches start taking place outside of Baikonur.

Its build-up towards that key role is being staggered, with only Soyuz rockets launched from Vostochny for the opening years.

That maiden flight, attended by Vladimir Putin, was conducted in 2016, with a Soyuz 2-1A and Volga upper stage lofting the Mokhailo Lomonosov research satellite and two small secondary payloads.

It has since launched a total of five missions.

The original plan was for TsSKB Progress’ proposal of the Rus-M vehicle to have had two pads at the site. However, its development was canceled in 2011. The complex will now host Soyuz and Angara launches throughout the 2020s.

The Soyuz pad at Vostochny, Site 1S, is the eighth Soyuz pad to be built across four different launch sites, following the two complexes at Baikonur, four at Plesetsk and one at Kourou. 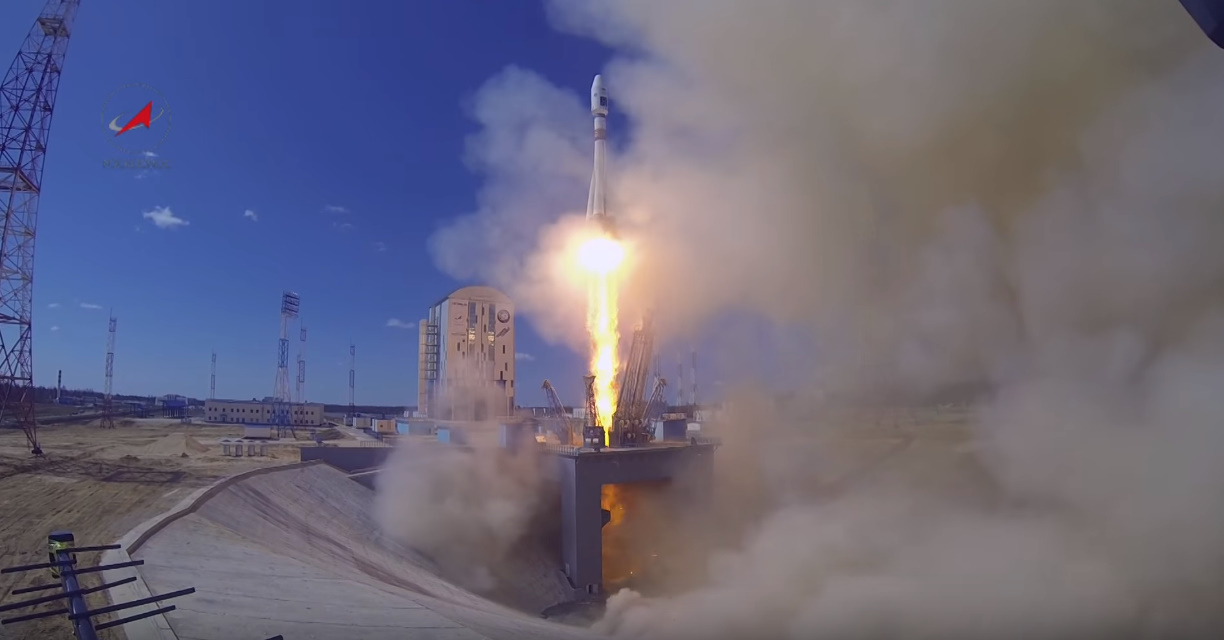 A Soyuz launch out of Vostochny – via Roscosmos

Designated 371SK14, the launch equipment resembles that at Kourou, with a mobile service tower instead of retractable arms with gantries that enclose the rocket as used at Plesetsk and Baikonur’s older pads.

Site 1A is the new pad being constructed ahead of hosting the Angara launch vehicle.  This vehicle, which comes in two variants that have already flown, currently launch out of the Plesetsk Cosmodrome. International Launch Services (ILS) are aiming to launch the vehicle on commercial missions – albeit delayed from its original timeline.

The Angara’s modular nature will allow it to replace many of the varied rockets which currently comprise the Russian launch fleet. 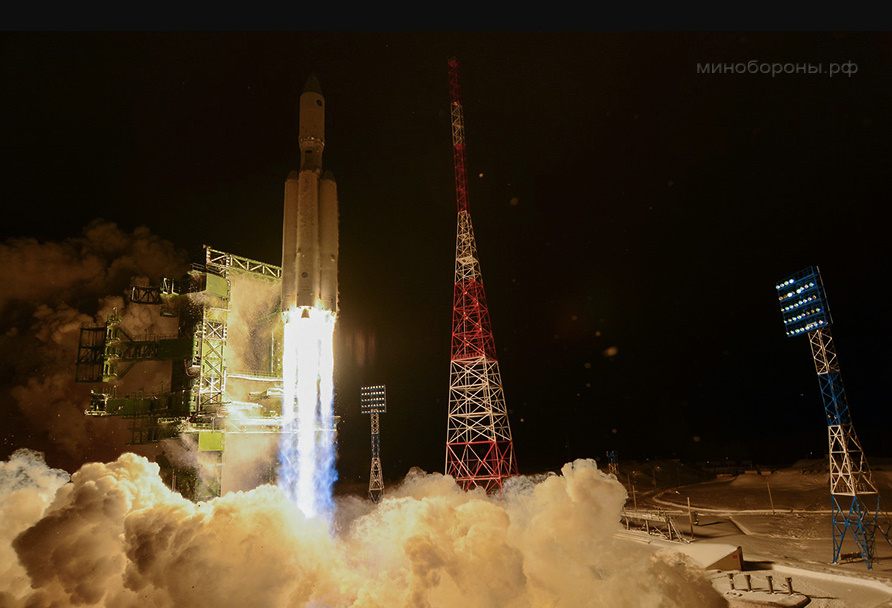 Angara 5 on its maiden launch – via Roscosmos

At present Rokot rockets launch the majority of Russia’s small military satellites, with slightly larger satellites using the Soyuz – with the new Soyuz-2-1v configuration helping to bridge the gap in capability between these rockets.

The Angara 1.2 launch vehicle can lift three metric tons to Low Earth Orbit (LEO) and was successfully flight-demonstrated on July 9, 2014 from the Plesetsk launch site.

The Vostochny Cosmodrome, located on the east coast of Russia, will eventually become its new home – which is scheduled for initial Angara launch capability in 2021.

The first flight of Angara 5, the heavy-lift variant, was conducted on December 23, 2014. This vehicle will be available for GTO missions in the 2021 timeframe, following completion of the new pad at the Vostochny Cosmodrome.

With ILS continuing to launch Proton-M for its more demanding payloads, the Angara 1.2 is classed as a direct competitor to other launch services providers in the “small class” arena.

Work on Site 1A is being conducted by the Kazan Production and Construction Association. Work has opened with the reinforcing of the foundations that will eventually host the launch pad structure.

It will also host the integration site, known as “Building 4”.

There is also a proposal for a PU3 site at the base, which could host Super Heavy launches of Angara from 2023.

The area is designed to host a total of seven pads if demand requires, although this was part of a hugely ambitious plan that was created before initial construction began, including numerous vehicles such as air-launch and space tourism.