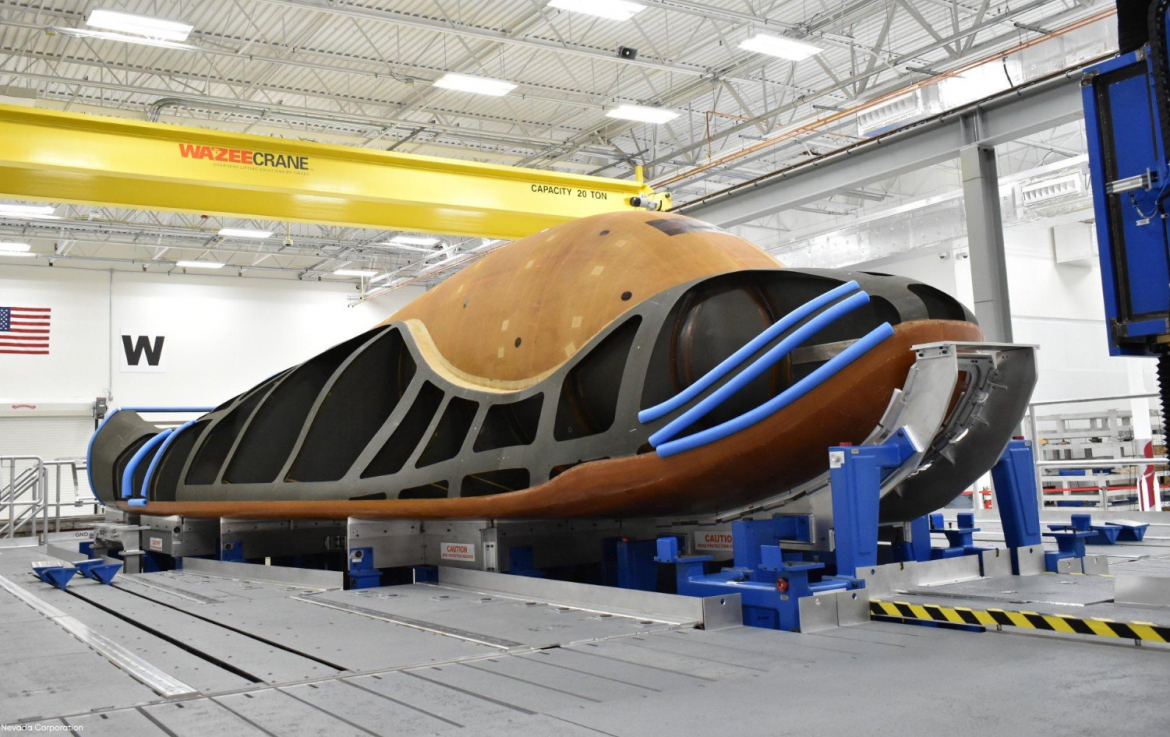 Sierra Nevada Corporation’s Dream Chaser spacecraft is about to enter final assembly, integration and testing after the primary structure was delivered from Lockheed Martin. Marking the event, SNC officials are confident their vehicle will conduct her first ISS resupply mission in the latter part of 2021 under NASA’s Commercial Resupply Services 2 (CRS2) contract.

The structure – 30 feet long by 15 feet wide and approximately 6 feet high and weighs roughly 2,200 pounds – is the largest piece of technology to make up Dream Chaser and the most advanced high-temperature composite spaceframe ever built.

It is a pressurized composite structure that will contain pressurized payloads heading to the ISS. It will also host a large amount of critical down mass returning to Earth.

The structure was manufactured by subcontractor Lockheed Martin, where it was “baked” in an autoclave.

Dream Chaser was "baked" in an autoclave.

Following structure’s completion at Lockheed Martin, it recently shipped from their Fort Worth, Texas facility to Louisville, Colorado, where Dream Chaser is being built and integrated by SNC.

“As the first building block of the spacecraft, it represents the first critical path hardware to be received in Colorado and launch of the assembly, integration and test (AI&T) phase of the program,” said former NASA space shuttle commander, Steve Lindsey, now senior vice president of strategy for SNC’s Space Systems business area.

“Dream Chaser is truly a state-of-art vehicle with cutting edge technology. This structure exemplifies its unique design and complexity.”

Under the CRS2 contract, SNC will be launching six missions to the ISS on United Launch Alliance’s Vulcan Centaur rocket out of Cape Canaveral.

At least six missions for Dream Chaser to the ISS, starting 2021.https://t.co/E2ExCBB43Q pic.twitter.com/HRIsFeERLJ

The Dream Chaser Cargo System can carry up to 12,000 pounds of supplies and other cargo and returns delicate science to Earth with a gentle runway landing.  Dream Chaser is going to utilize the famous Shuttle Landing Facility (SLF) at the Kennedy Space Center.

Landing on the SLF adds to the numerous comparisons made to her big sister, the Space Shuttle. SNC officials cited the Shuttle’s vast database of “space plane” understanding, which have been fed into the Dream Chaser program.

However, while Dream Chaser is a much smaller vehicle, she’ll be a game-changer, according to John Curry, Dream Chaser CRS-2 Program Director.

"This is a game-changer". pic.twitter.com/MzCBEzEQVz

As with the Shuttle orbiters, Dream Chaser will be reused numerous times. Currently, the vehicle is certified to fly 15 times, which will be useful if SNC gains additional flights via the likely extension of the CRS2 contract if the ISS’s lifetime is also extended.

At present, the focus is on the path to this maiden flight of Dream Chaser The final assembly, integration and testing flow timeline has been laid out towards the late 2021 debut, of which the arrival of the primary structure deemed to be a major milestone.

According to Mr. Curry – the cargo module is expected to arrive in February. The left wing – also built by Lockheed Martin – could be at SNC by the end of the year – followed by the right wing in January of next year.

All the assembly and integration work should then be completed by April 2021, which will allow Dream Chaser to take a trip on a C-5 aircraft to NASA Glenn’s Plum Brook Station for protocol testing. Plum Brook has hosted most new vehicles ahead of their first trip into space.

Over a three month period, Dream Chaser will be subjected to space-like environments – “Shaking it, baking it, EMI, acoustics, shock and vibrations – all that stuff”, according to Mr. Curry – in the in-space propulsion facility.

Dream Chaser will then take a ride to Florida where she’ll land in the C-5 on the SLF in July of 2021 as a preview to her maiden return from space.

While SNC does not need to conduct another free-flight test, thanks to the successful gathering of data from the crew version of the vehicle, known as the Engineering Test Article (ETA), some runway testing will be conducted ahead of being transported to meet up with the launch vehicle. 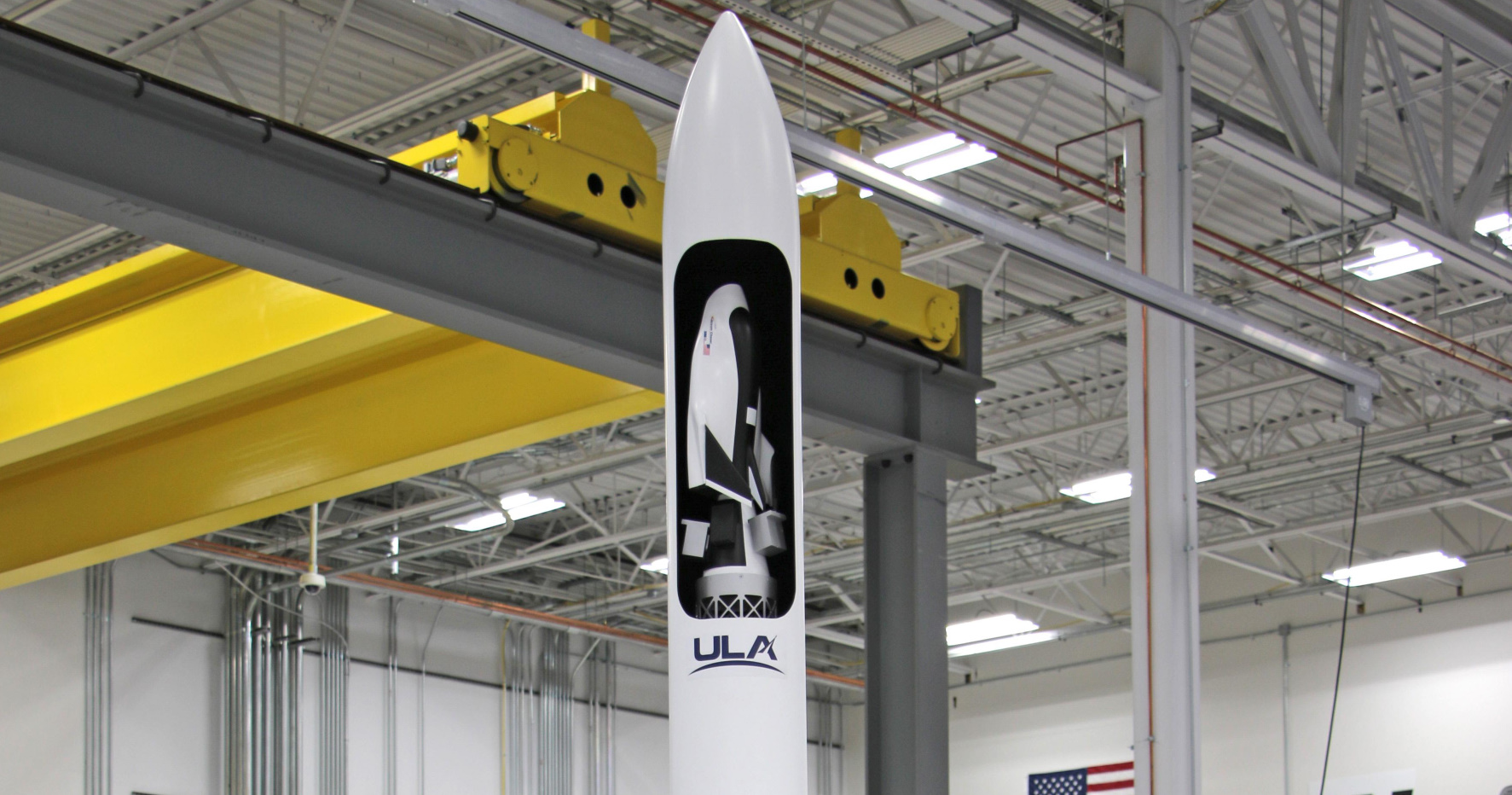 Following those tests, ULA will become heavily involved as they prepare Dream Chaser for encapsulation inside the large Vulcan fairing.

For her return home, former Shuttle commander Lindsey added that there will be some commonality with a Space Shuttle landing. However, despite the steep final approach that was a trademark of an orbiter landing, Dream Chaser’s will be even steeper.

Dream Chaser is a STEEPER final than Shuttle (which was steep!) pic.twitter.com/w8Q6jO0dSW

The main takehome from the event is Dream Chaser is moving forward through her milestones and is on track to support the ISS cargo requirements under the CRS2 contract on schedule.

“Our team has been looking forward to this day for a long time so that we can fully assemble America’s spaceplane in preparation for its first mission for NASA.”