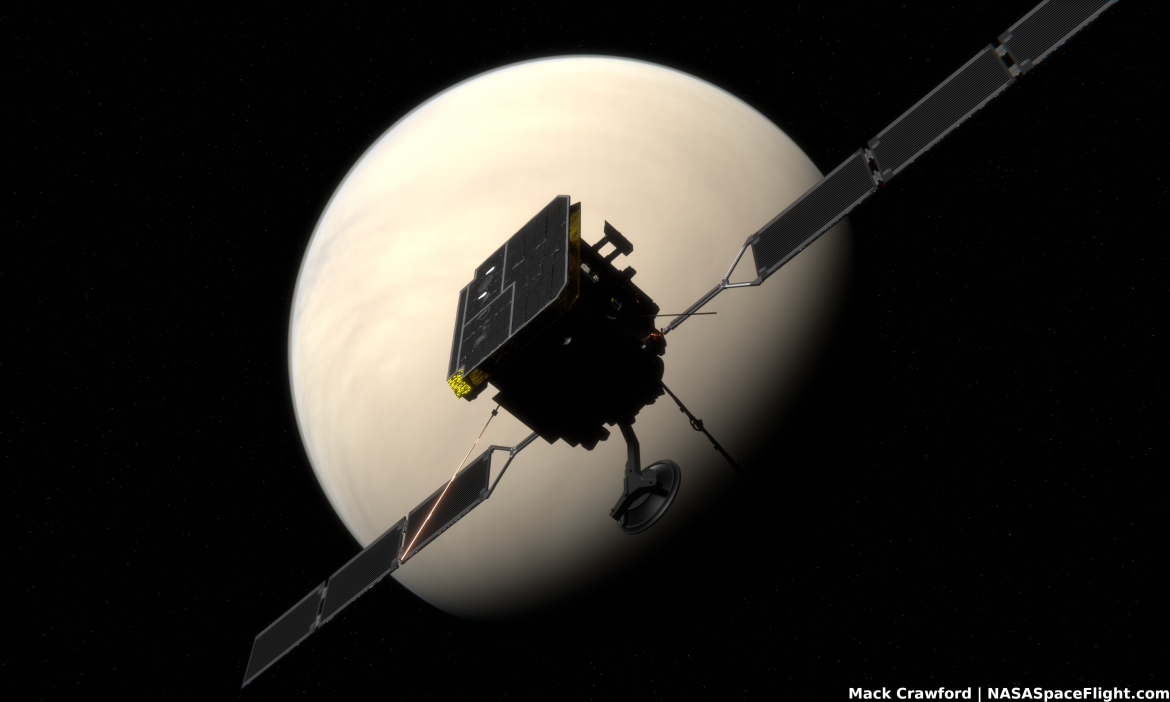 Solar Orbiter is ESA’s (European Space Agency’s) first medium class mission with strong partnership from NASA.  Part of the Cosmic Vision 2015-2025 Programme, the science platform has now completed all its European-based construction and integration tests and is ready to be shipped to its launch site at the end of October.

Solar Orbiter – 10 years in the making:

The Solar Orbiter project started almost 10 years ago.  After nearly three years of proposals and mission reviews, the satellite’s contract for construction was signed in April 2012.

Airbus Defense and Space in Stevenage, United Kingdom, built the spacecraft after an investment of nearly €300 million ($334 million USD) from the British government in the €1.5 billion ($1.6 billion USD) project.

“Solar Orbiter has been one of the most challenging and exciting missions we have ever designed and built here at Stevenage,” said Eckard Settelmeyer, Airbus’ Head of Science Institutional Satellite Projects.

In September 2018 Solar Orbiter’s final assembly was complete and the spacecraft was shipped to the IABG (Industrieanlagen-Betriebsgesellschaft mbH) test centre in Ottobrunn near Munich, Germany.

It's #SunDay! ☀️ Radiation from the Sun can wreak havoc with the electronics we send to space. Here's how we prepare spacecraft for the harshness of space https://t.co/h1NSt7fu5e pic.twitter.com/SG4VfabHOI

In the large thermal vacuum facility, the spacecraft was exposed to various environmental conditions, such as high and low temperatures, high vacuum, and irradiation from the solar simulator.

These tests were designed to ensure that the Orbiter and its critical science and control systems will be able to withstand its 7-10 year planned operational conditions after launch.

After the thermal tests were over, the mechanical stress tests of the satellite started – including shock, vibration, and acoustic tests as well as the determination of mass properties.

The mechanical tests also included the deployment of the spacecraft’s solar arrays.

These magnetic tests were crucial in validating the spacecraft’s ability to withstand intense and fluctuating magnetic fields.

After launch, Solar Orbiter will quickly leave Earth’s protective magnetosphere and be at the mercy of the Sun’s sometimes unpredictable solar storms – Coronal Mass Ejections (CMEs) – that throw out large amounts of charged particles.

Solar Orbiter will not be able to dodge around these solar storms if they are thrown outward toward it and therefore has to be able to survive a direct hit from a CME.

With the final major pre-flight testing complete and passed, Solar Orbiter is now ready for its journey from Germany to Florida on 31 October.

Once in the state, it will be offloaded from its plane and transported to Astrotech near Titusville where it will undergo final pre-launch preparations that will include integration onto its payload adapter and encapsulation inside the Atlas V rocket’s 4 meter payload fairing.

In mid-January 2020, the encapsulated payload will be delivered to SLC-41 at the Cape Canaveral Air Force Station where it will be hoisted atop the Atlas V 411 rocket.

The 411 is admittedly the most odd and unique rocket configuration in operation, with a single strap-on solid rocket booster providing a tremendous amount of asymmetrical thrust at liftoff.

The odd configuration is made possible by the equally impressive thrust vector control capability of the RD-180 Atlas V main engine which can counter the asymmetrical thrust imparted by the single solid rocket.

At present, it is not known what impact if any the scheduled NET (No Earlier Than) 17 December launch of Starliner on an Atlas V rocket from the same launch pad will have on the Solar Orbiter’s launch preparations or if Solar Orbiter carries precedence over the uncrewed test flight of Starliner.

With a very nebulous NET 17 December 2019 launch date for Starliner and a high likelihood that the mission will slip into January or later, it is possible that Solar Orbiter’s launch will be delayed because of Starliner or, conversely, that Starliner will have to move after Solar Orbiter depending on which mission (both or which are NASA partnership flights) is given precedence. 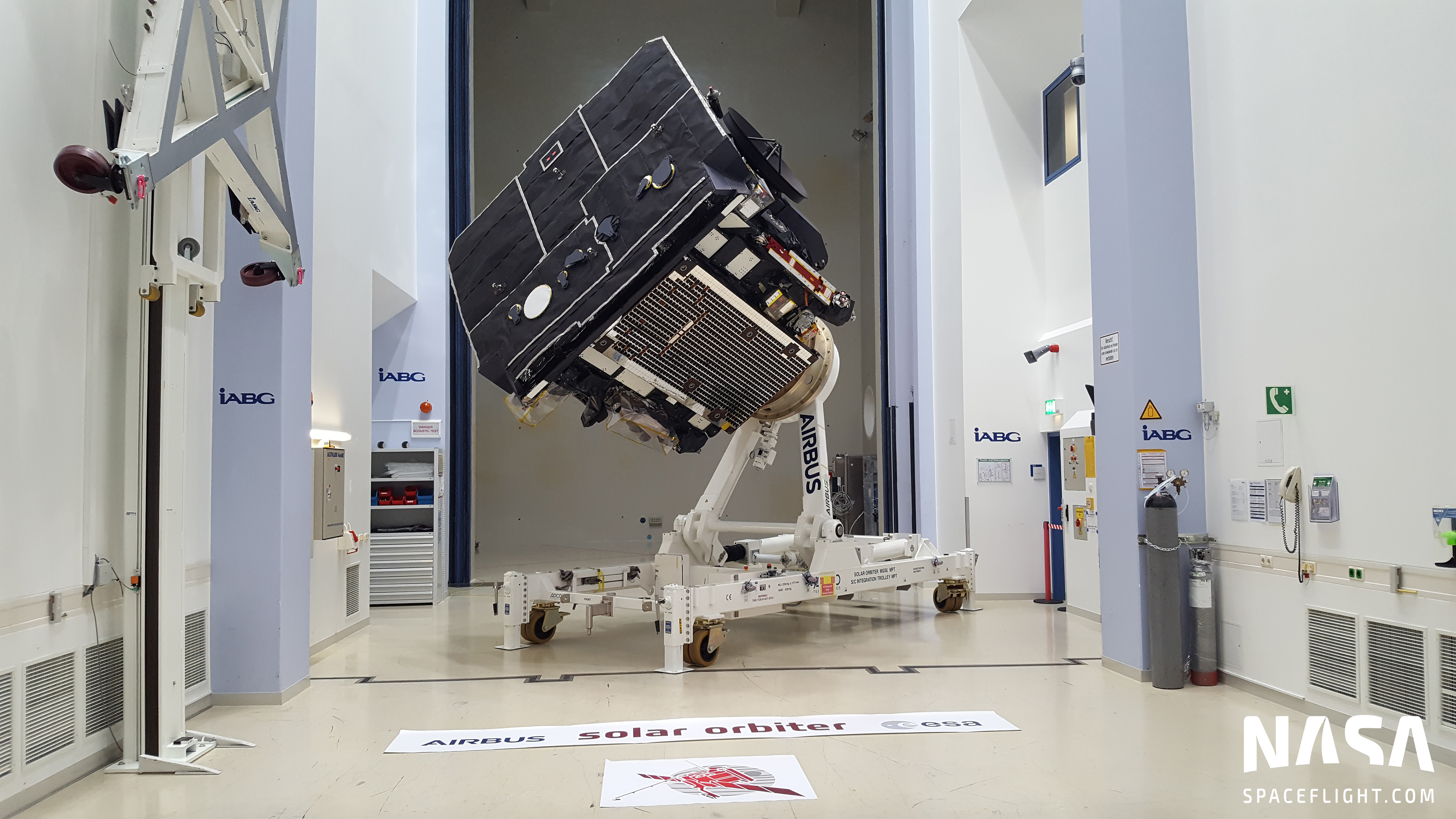 Solar Orbiter at IABG in Ottobrunn, Germany in mid-October 2019 ahead of shipment to Florida for launch. (Credit: Jacques van Oene for NSF/L2)

What is known is that Solar Orbiter has a very short, 19-day launch window (5-23 February) to meet its interplanetary flyby targets with Venus and Earth.

Missing that February 2020 window would result in a multi-month long delay to the mission’s launch until October 2020.

After launch, the 1,800 kg (~4,000 lb) Solar Orbiter will cruise for 2.5 years to reach its planned operational orbit around the Sun.  Once in this orbit, its nominal 5-year mission will start.

To position itself and raise its orbit above the poles of the Sun, Solar Orbiter will make a complex series of gravity assist fly-bys of both Earth and Venus.

At its closest point to the Sun, Solar Orbiter will fly within the orbit of the planet Mercury, just 42 million km (26 million miles) from the Sun.

That close to the Sun, light is thirteen times more intense than it is for satellites orbiting the Earth.

The objective of Solar Orbiter’s mission is to investigate the physical phenomena and processes on the Sun’s surface and its interior. 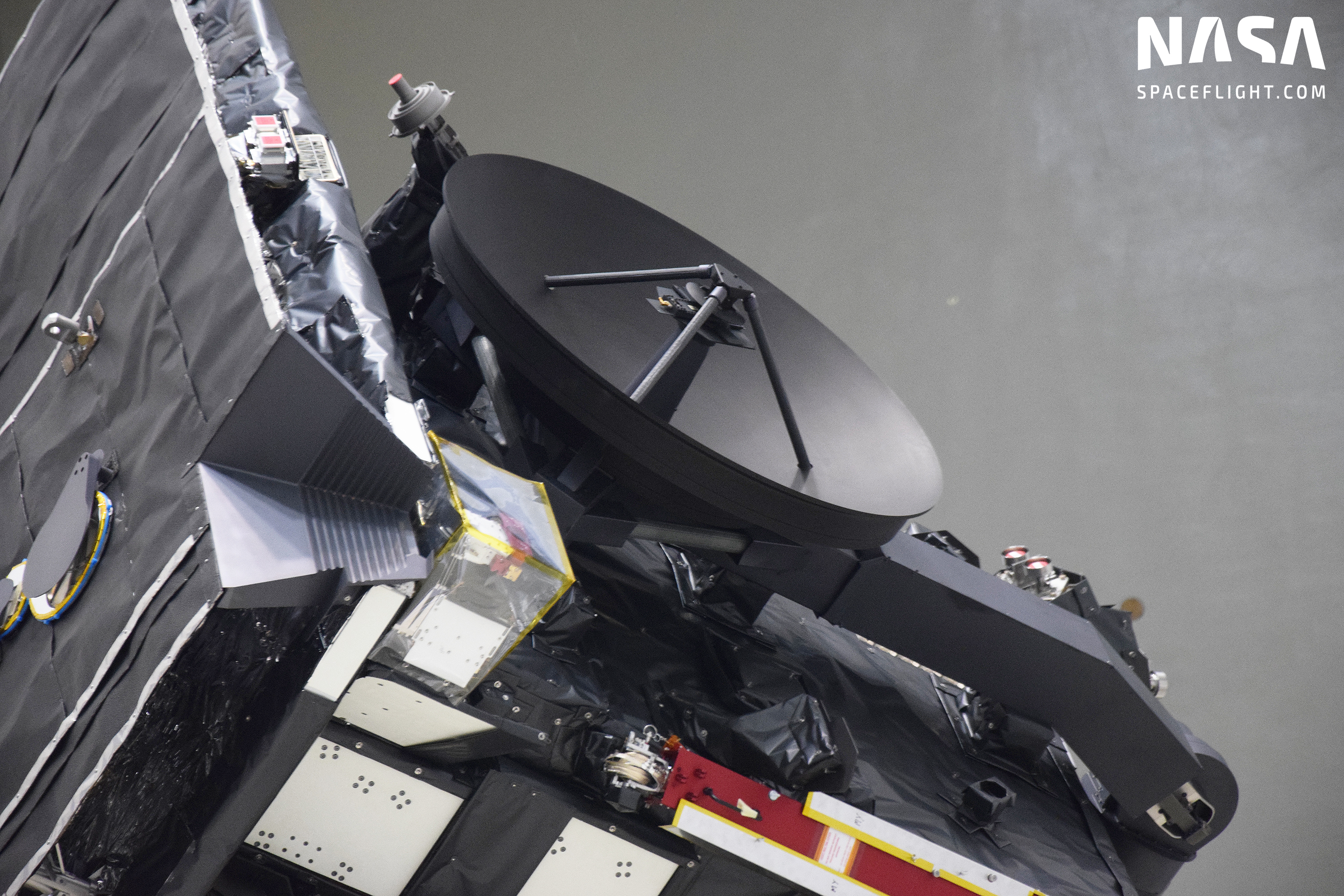 Solar Orbiter also will study the inner heliosphere, the area around the Sun that is strongly affected by solar winds, magnetic field, and a constant stream of energetic particles.

“Solar Orbiter is set for answering some of the biggest scientific questions about our star, and its data will help us to better protect our planet from the global challenges of space weather,” said Günther Hasinger, ESA Director of Science during the media day on 18 October at IABG.

“And thanks to the hard work of our teams building and testing this inspiring space mission, we’ve reached an important milestone today in Europe, and the spacecraft will now be readied for its final phase of pre-launch preparations at Cape Canaveral.”