For Mars colonization, new water map may hold key of where to land 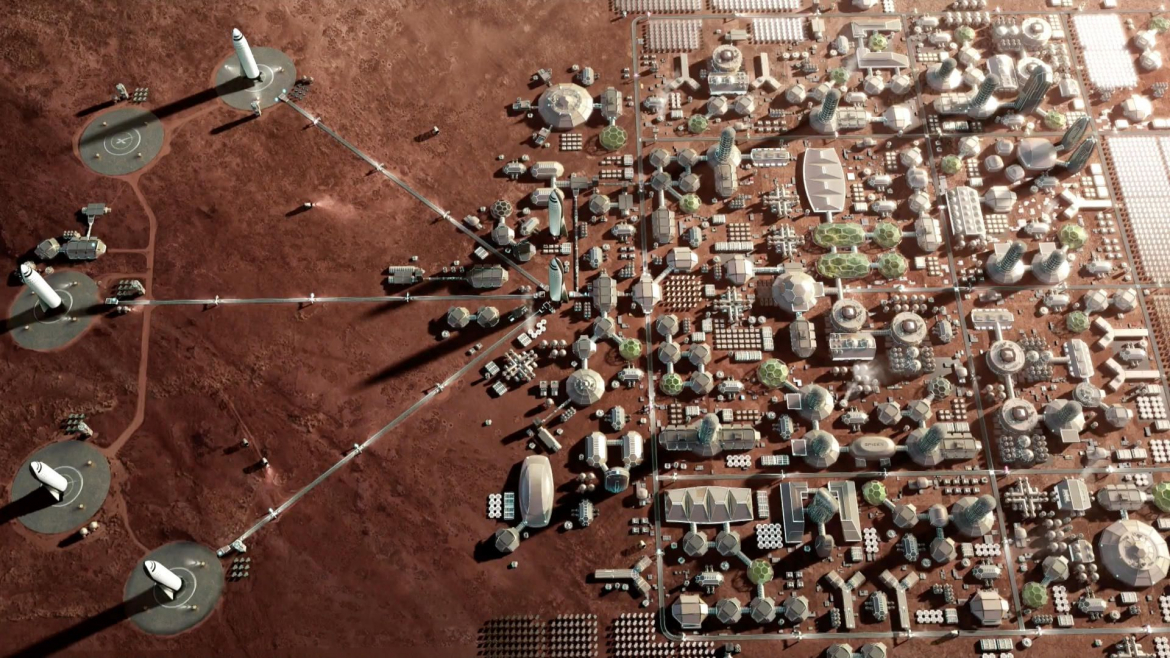 It seems like an obvious thing to say.  When looking to establish a human colony on Mars, water is key.  So logically, one should follow the water when deciding where the first human interplanetary landings should occur.

But water isn’t an obvious thing on Mars.  There are no oceans or rivers or lakes like there are on Earth.  But new research garnered from NASA’s Mars Reconnaissance Orbiter and Mars Odyssey missions reveal an array of water ice deposits that could greatly aid future human exploration endeavors.

The new research, published in Geophysical Research Letters, revealed two large bands – or belts – of water ice located less than one meter below the Martian surface around Mars’ polar regions.

For the deposits located 2.5 centimeters under the Martian topsoil, “You wouldn’t need a backhoe to dig [it] up.  You could use a shovel,” said Sylvain Piqueux of NASA’s Jet Propulsion Laboratory in Pasadena, California, the study’s lead author.

Even the water ice located 0.8 meters under the Martian surface would be accessible to future astronauts on the Red Planet.

These new findings, along with the growing database of research from the international fleet of Mars orbiters and rovers is helping Mars mission planners with early initiatives of identifying suitable areas on the Red Planet where human missions should land.

This rainbow-colored map shows underground water ice on Mars. Cool colors are closer to the surface than warm colors; black zones indicate areas where a spacecraft would sink into fine dust; the outlined box represents the ideal region to send astronauts for them to dig up water ice. (Credit: NASA/JPL-Caltech/ASU)

The answer will largely come down to where on Mars astronauts would be best positioned to use the planet’s natural resources for the advancement of the mission.

This is known as in-situ resource utilization; basically, the more natural elements that can be used on Mars, the fewer supplies need to be launched on missions to the Red Planet.

If water can be mined and used, the less water astronauts have to take with them.

If elements can be used to produce rocket fuel on Mars, then the fuel needed to return a rocket to Earth does not have to be taken with the mission from the start.

In-situ resource utilization is all about working smarter and more efficiently with the resources available on Mars.

To this end, “We’re continuing to collect data on buried ice on Mars, zeroing in on the best places for astronauts to land,” said Piqueux.

The discovery of the bands of water ice locked away under the Martian surface was made using the Mars Reconnaissance Orbiter’s Mars Climate Sounder instruments and the Mars Odyssey’s Thermal Emission Imaging System camera. 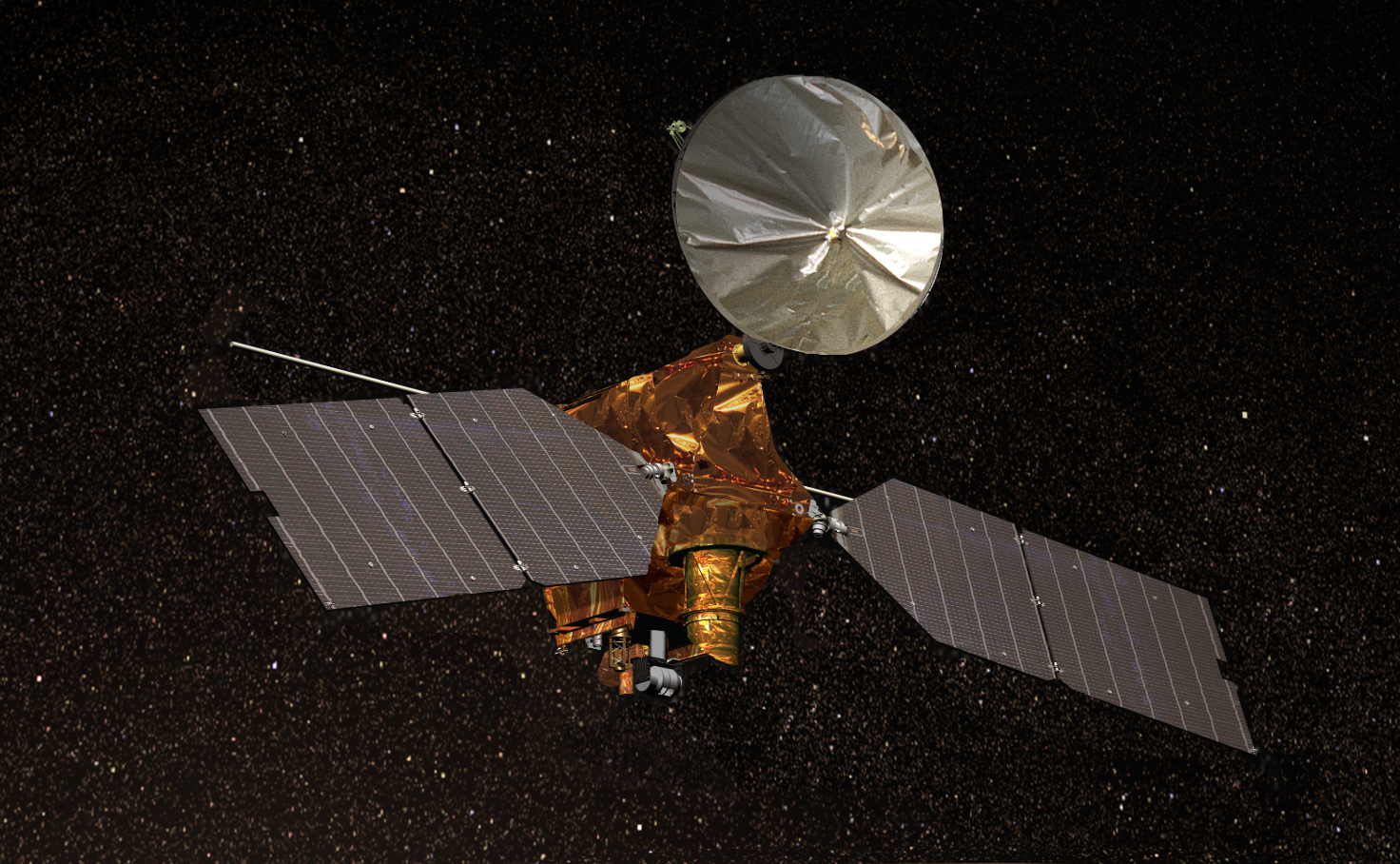 These two instruments provided scientists with a heat map of Mars, and the researchers were able to calibrate the instruments to look specifically for the tell-tale planetary structure temperature changes that occur in the presence of water ice.

The temperature signatures were then cross-referenced with known water ice deposit locations and Mars Odyssey’s Gamma Ray Spectrometer – which was designed specifically to look for and map water ice deposits on Mars.

Researchers expected to find evidence of water ice in the midlatitude and polar regions, but the true surprise came with how shallow the deposits were.

The most wide-spread shallow deposits were identified in the Arcadia Planitia region of Mars’ northern hemisphere, making it a tempting target for some of the first human Martian landings.

While the information presented from NASA in the study is almost exclusively NASA-centric (i.e., only about future NASA human Martian landings), the findings arguably hold far more immediate importance for the other major giant in U.S. interplanetary human exploration: SpaceX.

Even by conservative standards, SpaceX’s human Mars landing plans are at least a decade or more ahead of NASA’s.

The private company’s Starship transportation system is undergoing build operations in Boca Chica, Texas, and is set to conduct its first round of test flights next year — before NASA’s SLS rocket, which has been under development since the beginning of the decade, takes its first mission in 2021.

While SpaceX’s ultimate goal is to establish a fully-functioning, self-sustaining colony on Mars, to make humanity an interplanetary species, the initial sortie missions would greatly benefit from in-situ resource utilization: using the natural resources at the Mars landing site to sustain the mission and/or the colony.

Obviously, provisions will have to be taken with or in advance of human Mars missions – and water will be a key element of that.

But any chance to use naturally occurring water at the Martian landscape would allow the brought-along water to last longer.

Water’s constituent elements – hydrogen and oxygen – are also valuable commodities in rocket fuel… another way Mars water could be harvested for use.

The key to any of this, though, will be a better understanding of the water ice environment just below the Martian surface.

Ultimately, Starship will carry as many as 100 people on long-duration, interplanetary flights pic.twitter.com/mDujtYeLwV

And where there’s water comes the possibility of life – another major element when it comes to Mars colonization plans.

Interplanetary protection rules mandate that we do everything we can to decontaminate our robotic landers to Mars.

But you can’t decontaminate a human, so any human presence will have an effect on the local Martian environment.

Making sure we understand – as best as possible – the life harboring or non-life harboring conditions at Mars landing sites will be one of the myriad of elements that will go into the eventual decision of where the first human Martian missions will land.

Regardless, having water on Mars for potential use by future residents is an important step toward making interplanetary life a reality.

SpaceX set to activate additional test stands ahead of busy 2020