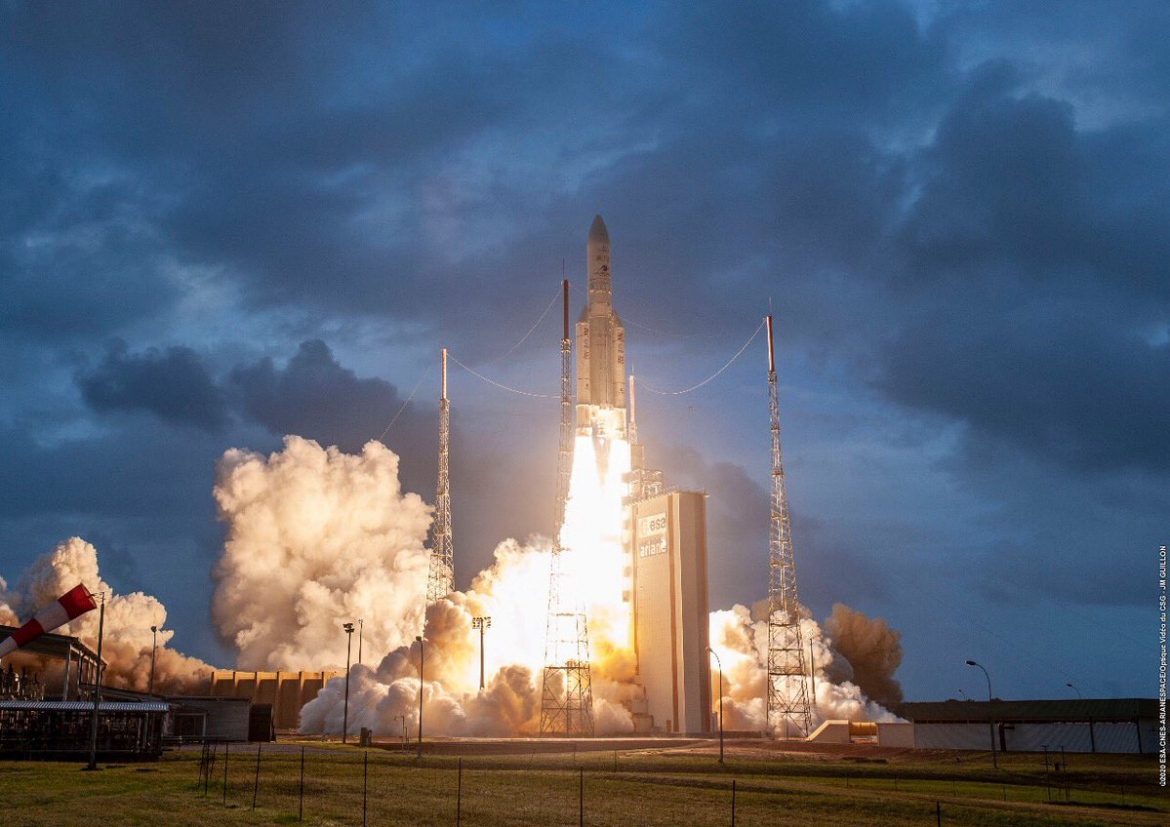 Arianespace opened its 2020 launch campaign on Thursday with the launch of two telecommunications satellites – Eutelsat KONNECT and GSAT-30 – on an Ariane 5 launch vehicle. Liftoff from Ariane Launch Complex No. 3 (ELA-3) at the European Spaceport in Kourou, French Guiana occurred at the beginning of a 115-minute launch window that opened at 21:05 UTC.

Ariane Flight VA251 opens 2020 following a year in which Arianespace successfully launched eight out of nine missions. Four of them were launched on heavy-lift Ariane 5 rockets, which is one of three launch vehicles that Arianespace currently operates at the European Spaceport alongside the light-lift Vega and the medium-lift Soyuz (provided to them by the Russian Space Agency, Roscosmos).

The only failure occurred on July 10, 2019, as Arianespace was launching the Falcon Eye 1 satellite for the United Arab Emirates as part of Vega Flight VV15. A failure in the forward dome of the Zefiro-23 second stage at just over two minutes into the flight resulted in the loss of the vehicle and spacecraft.

A total of 47 metric tons of payload was placed into orbit for 15 customers, with 38 metric tons being launched to geostationary orbit.

This year’s opening mission saw two more satellites – Eutelsat’s KONNECT spacecraft and GSAT-30 – launched as part of the 107th Ariane 5 mission, and the 74th with the ECA version of the launcher.

The total payload mass for this mission was officially listed as being 7,888 kilograms (17,390 pounds). This included the two satellites, the payload deployment systems, and other integration hardware.

The first spacecraft deployed during the launch sequence was Eutelsat KONNECT, a spacecraft developed by Thales Alenia Space and operated by Paris-based Eutelsat.

Eutelsat KONNECT is the first spacecraft built on the new Spacebus NEO satellite platform developed by Thales Alenia Space. The spacecraft also features an all-electric propulsion system and has an on-orbit design life of 15 years.

The spacecraft was deployed at 27 minutes and 30 seconds into Thursday’s flight.

The second and final spacecraft deployed during the launch was GSAT-30, a telecommunications satellite developed and manufactured by the Indian Space and Research Organization (ISRO). 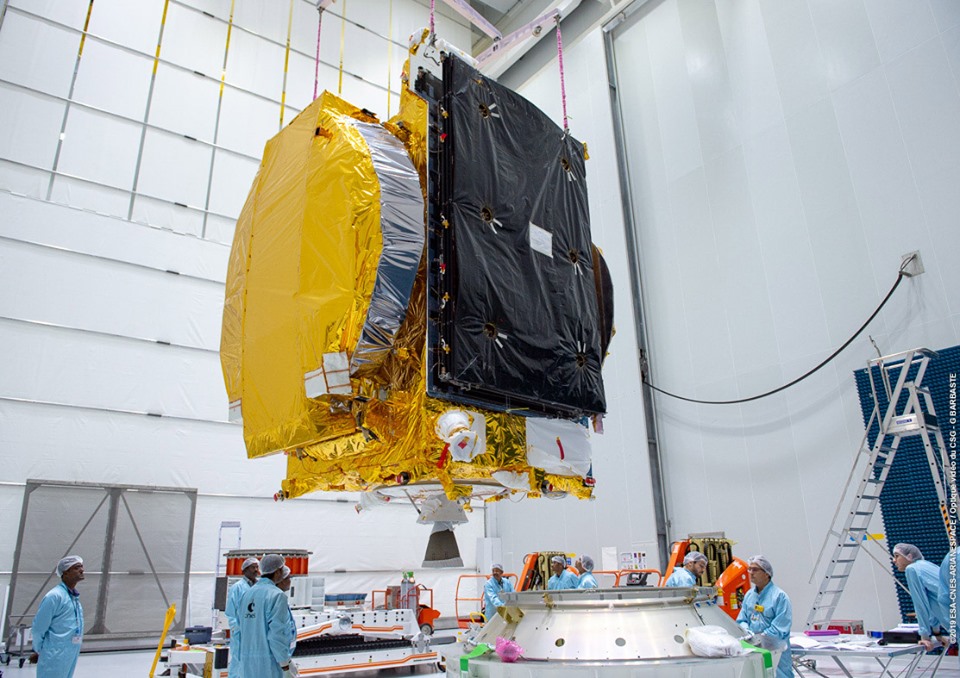 GSAT-30 had a launch mass of 3,357 kilograms (7,400 pounds) and is built on the I-3K satellite platform. The spacecraft will be stationed at the 83 degree East longitude position once in orbit and will provide high-quality television and communications services to the Indian mainland.

GSAT-30 features C-band and Ku-band antennae, and has an on-orbit design life of over 15 years.

The spacecraft was deployed at the 38 minute and 25 second mark during Thursday’s mission.

GSAT-30 is expected to replace the INSAT-4A spacecraft in orbit, which was launched on an Ariane 5 in December 2005.

Since the launch of the experimental APPLE spacecraft on Ariane Flight L03 in June 1981, Arianespace has launched 23 satellites and has signed 24 launch contracts with the Indian space agency.

Ariane Flight VA251 is expected to be the first of five Ariane 5 flights on the year, as Arianespace prepares to head a record-setting launch cadence for 2020.

According to Arianespace, up to twenty launches are on the manifest for this year, with the intention of deploying over 300 satellites into orbit.

Twelve of those launches are expected to occur out of the European Space Center, with the other eight coming from the Baikonur Cosmodrome in Kazakhstan and the Vostochny Cosmodrome in Russia as part of the OneWeb satellite constellation deployment.

Vega’s “return-to-flight” mission, Flight VV16, is also scheduled to occur no earlier than March, with multiple satellite payloads serving as the passengers for the SSMC POC rideshare mission.

The debut flights of the upgraded Vega-C launcher and the Ariane 6 rocket are also on the cards for Arianespace, with the maiden flight of the newer-generation Ariane currently planned for the second half of the year.

Arianespace is currently constructing 14 contracted Ariane 6s for initial flights, with the A62 and A64 versions of the launcher being built.

Construction of the Ariane 6 launch facility at the European Spaceport, ELA-4, is still underway, with lifting tests recently being conducted in December of 2019 to test the integration systems of the new mobile gantry.

Meanwhile at Europe’s Spaceport in French Guiana, we are testing the systems that will take the #Ariane6 core stages from horizontal to vertical position. pic.twitter.com/RpGP4msL3N

Work on ELA-4 is expected to be completed later this year after over 3 years of development.