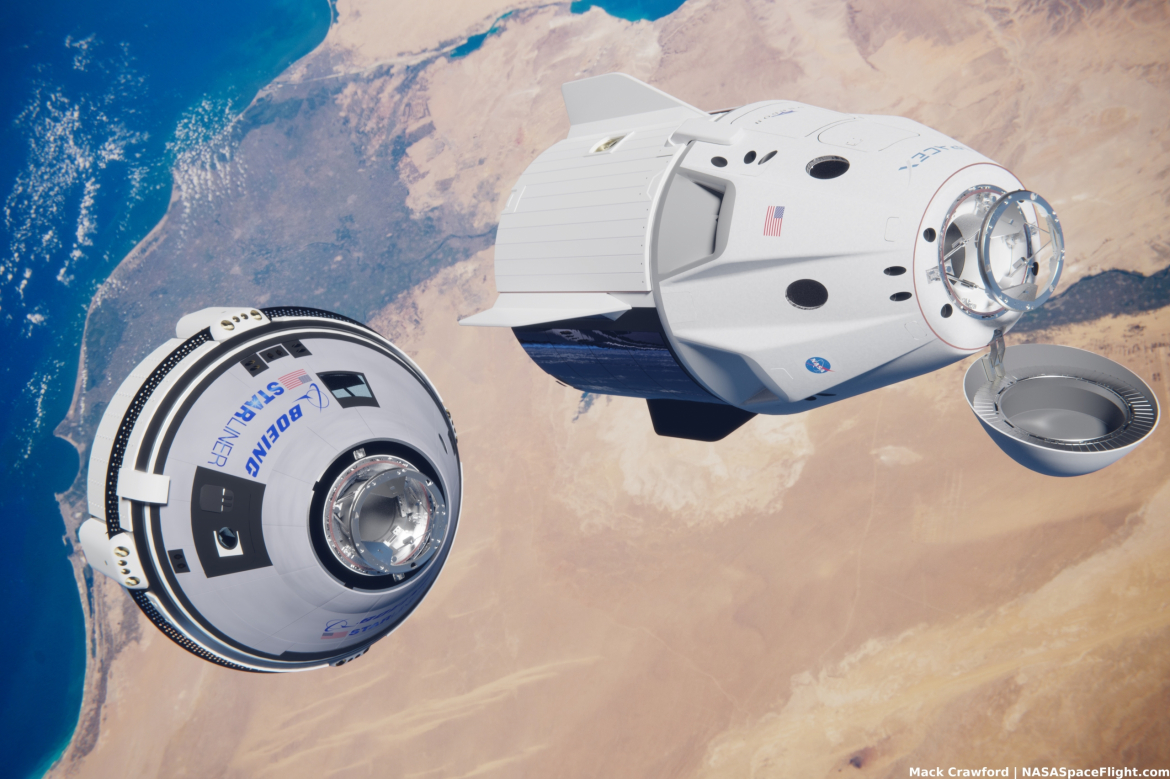 NASA’s Commercial Crew Program has made significant progress in recent months towards its first crewed flights. The missions will be the first orbital crewed launches from the United States since the ending of the Space Shuttle program. In two separate statements released on Tuesday, NASA Administrator Jim Bridenstine and the NASA Aerospace Safety Advisory Panel (NASA ASAP) provided insight into the program’s status.

In the final months of 2019, Boeing’s Starliner performed the two uncrewed flight tests necessary under its contract with NASA before the vehicle’s first crewed flight.

The first test was the pad abort, occurring on Nov. 2. The test was successful – meeting all the required test objectives – despite one of the capsule’s three main parachutes failing to deploy.

The hiccup was traced to a main parachute not being properly secured to its pilot chute.

“Additional tests and inspections have been added to the procedures to prevent a reoccurrence of the problem,” stated NASA ASAP in the panel’s annual report, which was released on Tuesday.

Starliner is designed to be able to land with one chute out, meaning that the incident did not preclude a successful test.

However, Starliner’s second and final test flight of the year, the Orbital Flight Test (OFT), did not meet all of the test objectives. OFT was Starliner’s first flight into space and was meant to see the spacecraft rendezvous and dock with the International Space Station before returning safely back to Earth.

The uncrewed OFT mission occurred on Dec. 20, with Starliner being launched atop a United Launch Alliance Atlas V rocket. 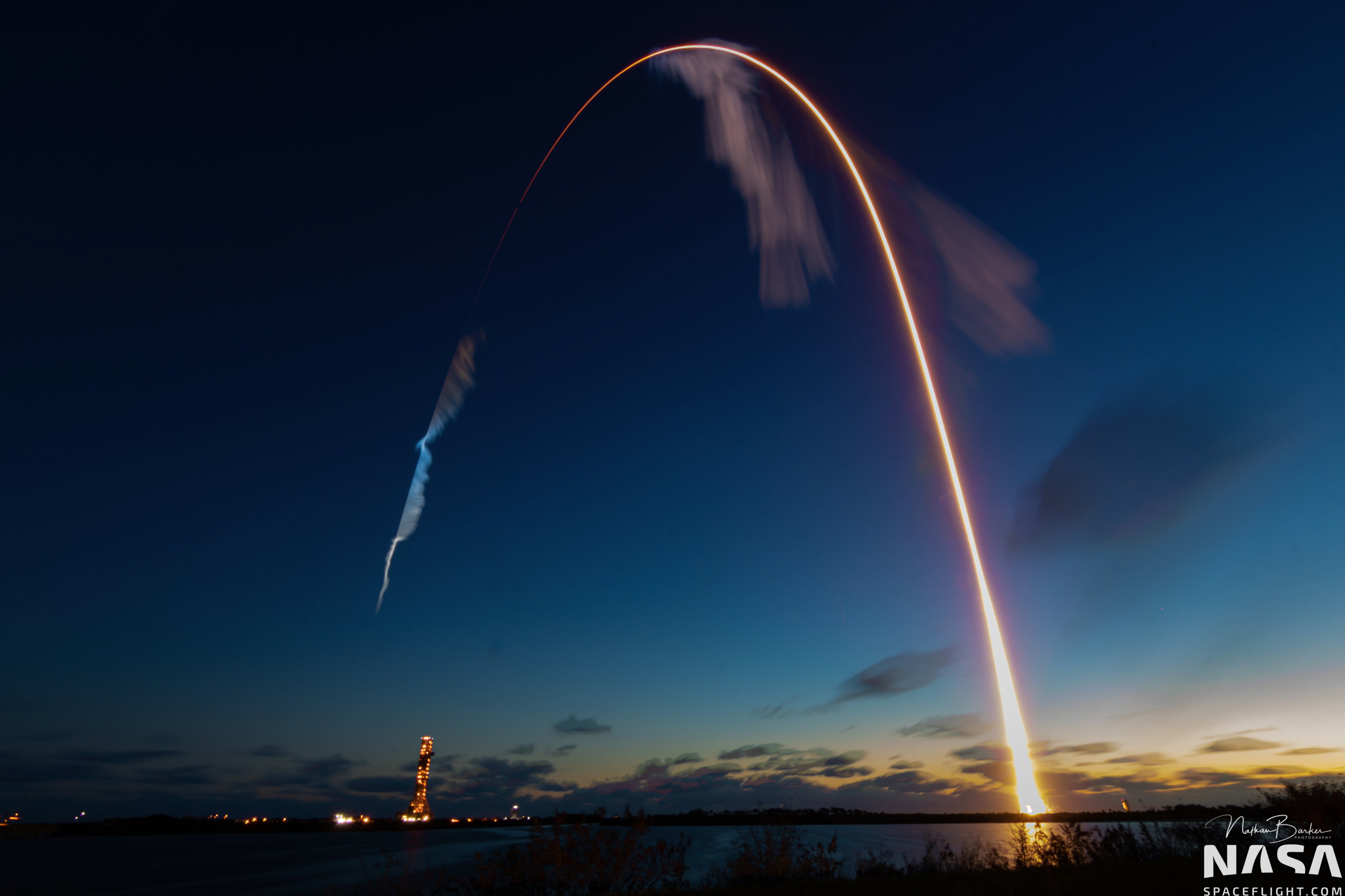 All major aspects of the launch sequence went according to plan, with Atlas V successfully placing the Starliner vehicle into the planned suborbital trajectory.

Starliner was then supposed to insert itself into orbit using its own propulsive system.

The orbital insertion burn did not occur as planned. The anomaly was traced to the spacecraft’s mission elapsed timer being set to the wrong time. Consequently, the spacecraft thought it was already in orbit when in fact, it was not.

Boeing flight controllers managed to eventually get the spacecraft into a stable orbit. But, the spacecraft burned more propellant than planned over the course of the anomaly, precluding the planned rendezvous and docking with the Space Station.

The spacecraft instead spent approximately 48 hours on orbit performing as many test objectives as possible before executing a bullseye landing at the White Sands Missile Range in New Mexico.

“NASA and Boeing are in the process of establishing a joint, independent investigation team to examine the primary issues associated with [Boeing’s] uncrewed Orbital Flight Test,” said a Tuesday statement from Bridenstine.

“The independent team will inform NASA and Boeing on the root cause of the mission elapsed timer anomaly and any other software issues and provide corrective actions needed before flying crew to the International Space Station for the agency’s Commercial Crew Program.”

The independent investigation into the anomaly is expected to last approximately two months.

The big question now is whether or not the uncrewed OFT flight test will have to be redone before the first crewed flight known as the Crewed Flight Test (CFT).

“The uncrewed mission, including docking to the space station, became a part of the company’s contract with NASA. Although docking was planned, it may not have to be accomplished prior to the crew demonstration,” stated Bridenstine.

“Boeing would need NASA’s approval to proceed with a flight test with astronauts onboard.”

The decision about whether or not to redo the OFT mission is not expected for several weeks, according to the statement. 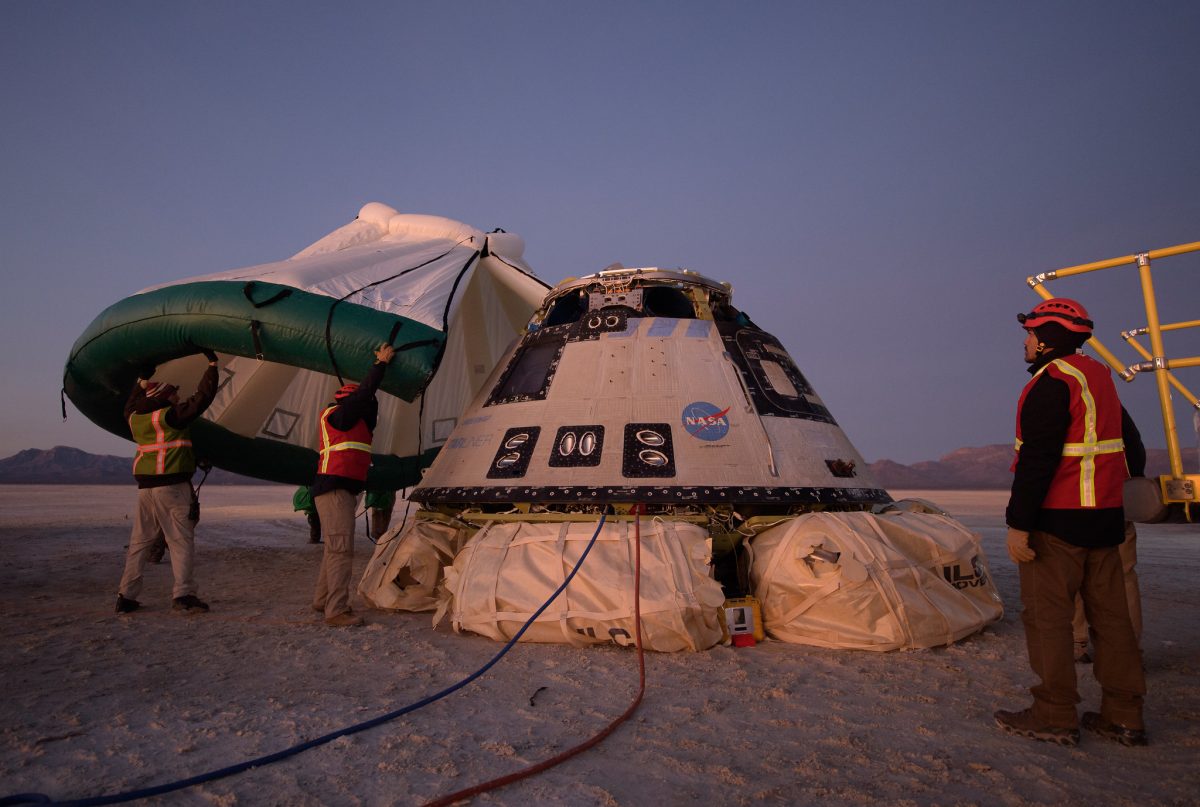 Meanwhile, the Starliner capsule from the OFT mission is currently in transit back to Kennedy Space Center in Florida, where it will be refurbished for its next mission.

That mission is currently slated to be Post Certification Mission 1 – Starliner’s first operational crewed rotation mission – set to occur after CFT.  However, plans will almost certainly change if a redo of OFT is requested by NASA.

SpaceX is currently preparing to perform Crew Dragon’s Inflight Abort test from Launch Complex 39A at Kennedy Space Center. The test will see a Crew Dragon spacecraft demonstrate its abort capability from a Falcon 9 rocket at the point of maximum aerodynamic pressure on the launch vehicle.

The test is currently scheduled for Jan. 18. 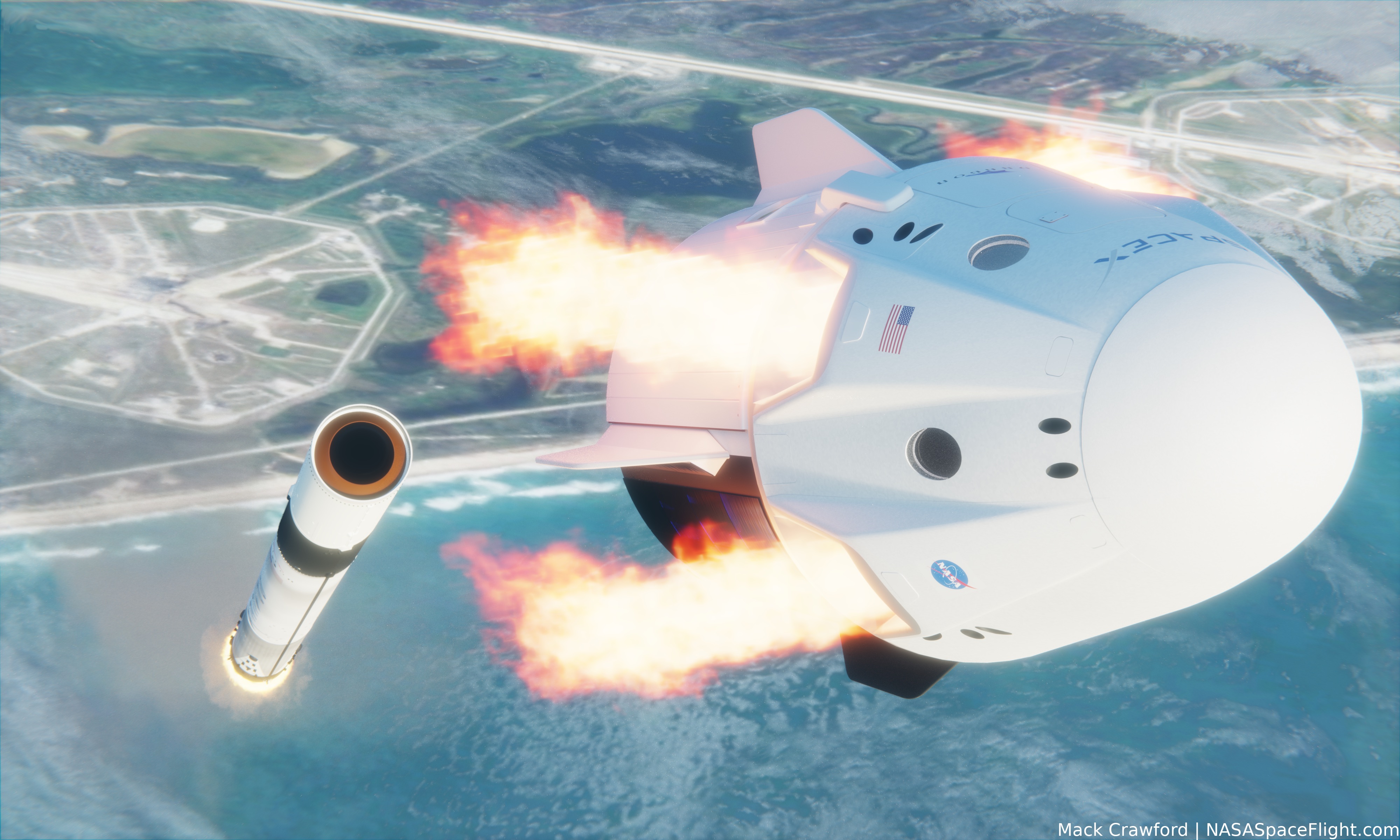 SpaceX has already successfully performed a pad abort test, and an uncrewed mission to the Space Station called Demo-1. Demo-1 was equivalent to Boeing’s Orbital Flight Test. However, unlike Starliner, Crew Dragon was able to dock with the Space Station.

That is not to say that Crew Dragon has not had its own problems. After the Demo-1 mission, the same capsule exploded on a test stand during a static firing of the spacecraft’s abort system.

SpaceX has since implemented corrective action and has successfully redone the static fire test. The capsule with the redesigned systems will perform the upcoming Inflight Abort Test to further verify the fix.

In its latest report, NASA ASAP did not provide much commentary on Crew Dragon’s static fire incident, beyond acknowledging the subsequent investigation, corrective actions, and successful redo of the test.

ASAP’s report instead provided more analysis on Falcon 9’s static fire anomaly in 2016. The catastrophic failure resulted in the loss of the AMOS-6 spacecraft.

“Following the AMOS-6 mission launch pad anomaly in September 2016, there has been a tremendous amount of work done, both by NASA and by SpaceX, to better understand the design and operational parameters associated with composite overwrapped pressure vessels (COPVs),” the report stated.

“A multiyear study of COPVs has resulted in advancing the state of the art and increasing understanding of grain size, ignition risks, and non-destructive testing techniques. There has also been considerable progress made in evaluating both the benefits and the risks associated with crew insertion prior to propellant loading, sometimes referred to as ‘load-and-go.’”

The “load-and-go” method has been a serious concern for NASA ASAP since the AMOS-6 anomaly. However, it now appears that ASAP’s concerns have been addressed.

“After many months of discussing these topics with both NASA and SpaceX, the ASAP is satisfied that NASA has executed an appropriate risk management process to address these issues,” ASAP stated.

Another area of interest with Crew Dragon’s certification has been parachutes.

Overall, the Inflight Abort Test and the completion of parachute testing were the two biggest open items identified by the panel ahead of the Demo-2 mission. Demo-2 will be the first time that SpaceX launches astronauts on one of their launch vehicles.

That flight will see NASA astronauts Doug Hurley and Bob Behnken launch to the Space Station aboard a Crew Dragon spacecraft.

The mission is currently slated for no earlier than February based on hardware readiness, but SpaceX CEO Elon Musk stated in a recent tweet that “completing all safety reviews will probably take a few more months.”

It is still too early to say if Boeing or SpaceX will be the first to fly crew, given the uncertainty surrounding the possible redo of the OFT mission, and SpaceX having a major flight test still ahead of them.