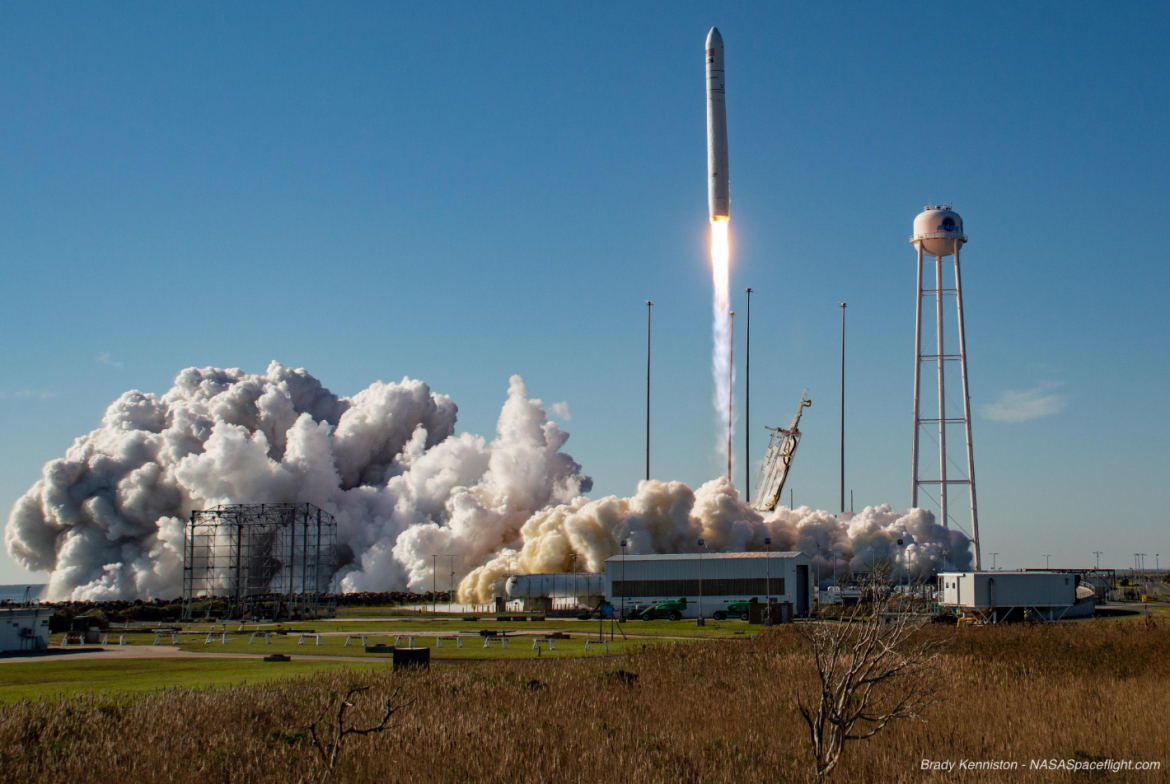 For the first half of 2020, Antares will launch the Cygnus NG-13 mission to the International Space Station, Minotaur will launch a National Reconnaissance Payload, and Rocket Lab will launch their maiden flight from Launch Complex-2 (LC-2) on their Electron rocket.

NASA’s Wallops Flight Facility has been in existence on Virginia’s Eastern Shore for 75 years. Before the establishment of Wallops as a launch site, the nearby airfield was part of NAAS Chincoteague, a U.S. Navy Auxiliary Air Station where pilots, including former President George H.W. Bush trained for aircraft carrier operations during World War II.

Wallops was established as a launch site in 1945 by the National Advisory Committee for Aeronautics or NACA, the predecessor to NASA. At the time, Wallops was known as the Pilotless Aircraft Research Station. When NACA became NASA in 1958, Wallops became known as Wallops Station.

One of the first commercial launches from Wallops was the first and only launch of EER Systems Inc.’s Conestoga-1620 from Pad-0A on Oct 23, 1995. However, 48 seconds after launch the rocket exploded due to excess and erroneous steering commands sent from the guidance computer, which ultimately expended the hydraulic fluid for the launch vehicle. The failure of the Conestoga-1620 is similar to what occurred on the maiden launch of the Delta III rocket on Aug 26, 1998.

In 2003, the Virginia Commercial Space Flight Authority or Virginia Space was formed. It controls the Mid-Atlantic Regional Spaceport (MARS) which consists of Pad-0A, Pad-0B, and now LC-2. MARS is on the south end of Wallops Island and is on land that is leased from WFF. Rocket Lab’s LC-2 is located just between Pads 0A and 0B. 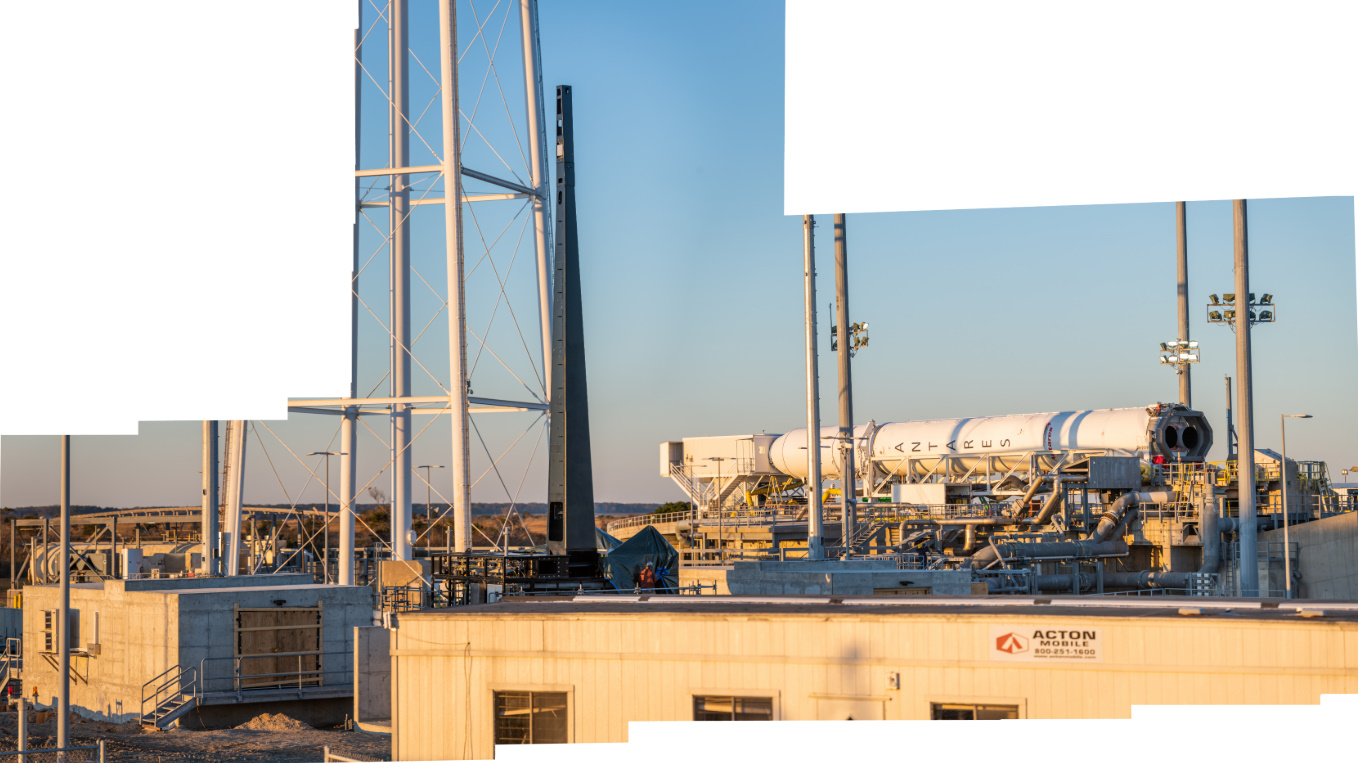 The Orbital Sciences Corporation, which became Orbital ATK, and now Northrop Grumman Innovation Systems, has launched Cygnus resupply cargo spacecraft to the ISS from Pad-0A on Antares rockets, starting in 2012. Pad-0A was completely rebuilt from its previous configuration for the Conestoga, making it the largest launch pad at Wallops.

The pad suffered major damage during the Orbital-3 mission when an Antares-100 rocket experienced a failure on one of the two Aerojet Rocketdyne AJ26 (modified NK-33) engines in 2013, the rocket then fell back onto the launch complex area and exploded. The pad was repaired for the OA-8 mission in 2016.

In the past, the US Air Force has launched numerous solid-fueled Minotaur rockets from Pad-0B. Wallops’ first and only lunar launch was the launch of NASA’s Lunar Atmosphere and Dust Environment Explorer or LADEE mission. LADEE launched on a Minotaur V from Pad 0B on Sept 6, 2013.

The LADEE mission was the inaugural launch of the Minotaur V, which was derived from the LGM-118A Peacekeeper missile by the Orbital Sciences Corporation. LADEE was designed to explore the exosphere of the moon. The mission ended in April of 2014 when the spacecraft impacted the lunar surface near Sundman V crater on the far side of the moon.

For Antares (and other launch vehicles), the flight hardware arrives months before the actual launch date. The first stage, built by the Ukrainian state-owned enterprise Yuzhmash, has two Russian RD-181 engines These Liquid Oxygen (LOX) and RP-1 kerosene engines are single chambered versions of the RD-180 engine that is used on the Atlas V rocket series, both being built in Russia by NPO Energomash. After leaving Ukraine, the first stage of Antares traveled across the Atlantic Ocean to the port of Wilmington, Del. After arrival, the stage was driven down the Delmarva peninsula to Wallops Flight Facility.

The second stage on Antares is a Castor 30XL solid rocket motor built by Northrop Grumman. These two stages for the NG-13 mission were already at the Horizontal Integration Facility building as of the NG-12 mission on Nov 2, 2019.

The Pressurized Cargo Module on board the Cygnus spacecraft is built by Thales Alenia Space, located in Turin, Italy, this module was delivered to Wallops for the NG-13 mission on Nov 16, 2019. The Service Module, which consists of the two solar arrays, navigation equipment, and propulsion equipment is built by Northrop Grumman in Dulles, VA. The Service Module was delivered to Wallops on Dec 12, 2019. The Cygnus NG-13 is currently scheduled to launch on an Antares-230+ on Feb 9 at 5:39pm EST. 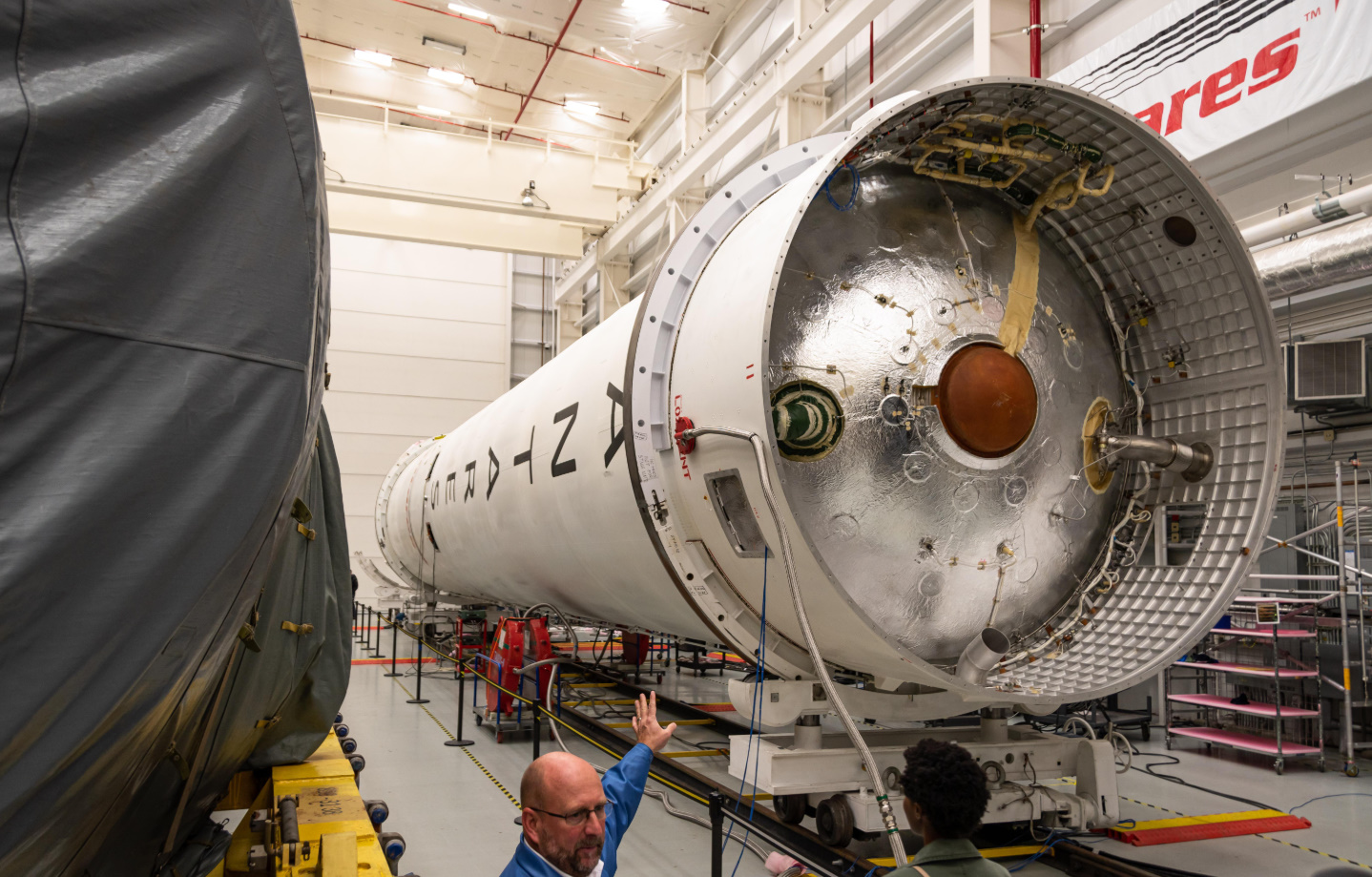 The NG-13 Antares – Photo by Michael Baylor for NSF/L2

The “Wallops launch range is an essential platform for commercial launch activities in the United States,” said the Director of NASA’s Wallops Flight Facility, David Pierce at the opening of LC-2 in December of 2019.

The next Minotaur IV mission, launching from Pad-0B will launch a national security payload for the National Reconnaissance Office. The NROL-129 mission and is scheduled for no earlier than Feb 15. Rocket Lab’s first flight out of LC-2, called STP-27RM for the US Air Force is scheduled for around the summer of 2020.

Wallops may also gain another tenant in the Astra rocket.

Astra Space Inc is aiming to launch a small satellite rocket, listing the Pacific Spaceport Complex – Alaska (Kodiak Launch Complex) and Wallops as its launch sites. The move to Wallops is understood to be related to a competition arranged by DARPA, subject to the vehicle conducting one successful flight, which has yet to be achieved.