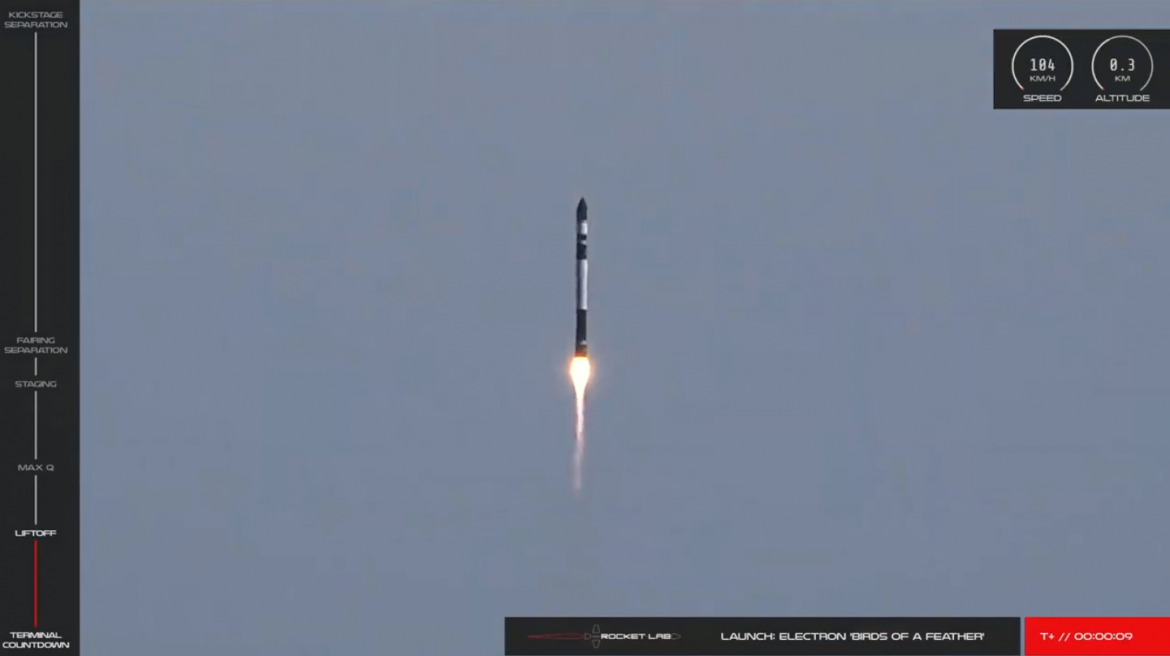 After successfully launching six missions and over 20 payloads to orbit in 2019, Rocket Lab conducted its first launch of 2020 using its Electron rocket. The mission lifted off from Launch Complex 1 in Mahia, New Zealand to carry the classified NROL-151 payload for the National Reconnaissance Office (NRO). The 14-day launch window is set to open on Friday at midnight UTC (13:00 NZDT), with launch occurring deep into the opening window.

The 11th Electron mission, christened with the nickname “Birds Of A Feather”, was Rocket Lab’s first for the NRO, as well the first launch under the agency’s Rapid Acquisition of a Small Rocket (RASR) program.

The program was created with the goal of diversifying the NRO’s selection of light-lift launch vehicles in order to provide more frequent launch opportunities for smaller satellites.
Due to the classified nature of the mission, very few details have been made public. The size, orbit, and purpose of the NROL-151 payload are unknown.

In the days leading up to the flight, the Electron rocket was rolled out to the pad at Launch Complex 1 in New Zealand for a wet dress rehearsal, which was completed successfully on January 24. A wet dress rehearsal is a run-through of the pre-launch countdown and vehicle fueling procedures, which allows the launch teams to verify the rocket’s health before flight.

The countdown to liftoff will officially began at T-6 hours when the road leading to Launch Complex 1 was temporarily closed. This ensured the safety of both vehicles and residents located near to the launch site.

At T-4 hours, Electron was lifted vertical and fueled up with RP-1 (a highly refined grade of kerosene). Liquid oxygen was loaded into both stages of the vehicle starting at T-2 hours before launch.

At T-18 minutes, Rocket Lab’s launch director polled the launch team and confirm that all of Electron’s vital systems were ready for flight. The launch team remained in control of the countdown up until T-2 minutes when the rocket’s onboard guidance computers took over and began the launch sequence.

The nine Rutherford engines on the first stage ignited at T-2 seconds, with Electron lifting off at T-0 following a final status check by the onboard computers.

These nine engines continued to burn up until the T+2 minute 37 second mark, at which point the engines shut down simultaneously in an event known as Main Engine Cutoff, or MECO. Stage separation occurred four seconds later, with the ignition of the vacuum-optimized Rutherford motor taking place at T+2 minutes and 44 seconds.

Payload fairing separation occurred at 3 minutes and 16 seconds into the flight.

A Curie engine burn occurred at about 50 minutes into the flight, in order to place the vehicle into the target orbit required for payload deployment. Confirmation of spacecraft separation then followed.

Just like Electron Flight 10, Rocket Lab was conducting post-mission testing on the rocket’s first stage, which features a number of performance improvements and additions as part of a “block upgrade”.

Stage one picked up a high rate of roll as it reentered. Then, the video was cut – likely due to plasma blackouts. #RocketLab #Electron #BirdsOfAFeather pic.twitter.com/kb7cb9gG4S

Small reaction control thrusters were added, along with advanced sensors and data recording equipment that is designed to withstand the forces of reentry and landing in the ocean following the launch.

These upgrades were made in accordance with Rocket Lab’s plans to recover Electron first stages in the near future. These boosters will be equipped with parachutes to help slow their descent following reentry. Rocket Lab did not attempt to recover the booster on this mission (as no parachutes were installed) but will gather more data about the entry environment.

Shortly after stage separation, the booster began to use its reaction control thrusters to reorient itself for reentry. The stage reached apogee at about 4 minutes and 45 seconds into the flight.

The reorientation maneuver was completed at about the T+6 minute 30 second mark. At this point, the booster was positioned at the correct angle of attack for its descent into the atmosphere. 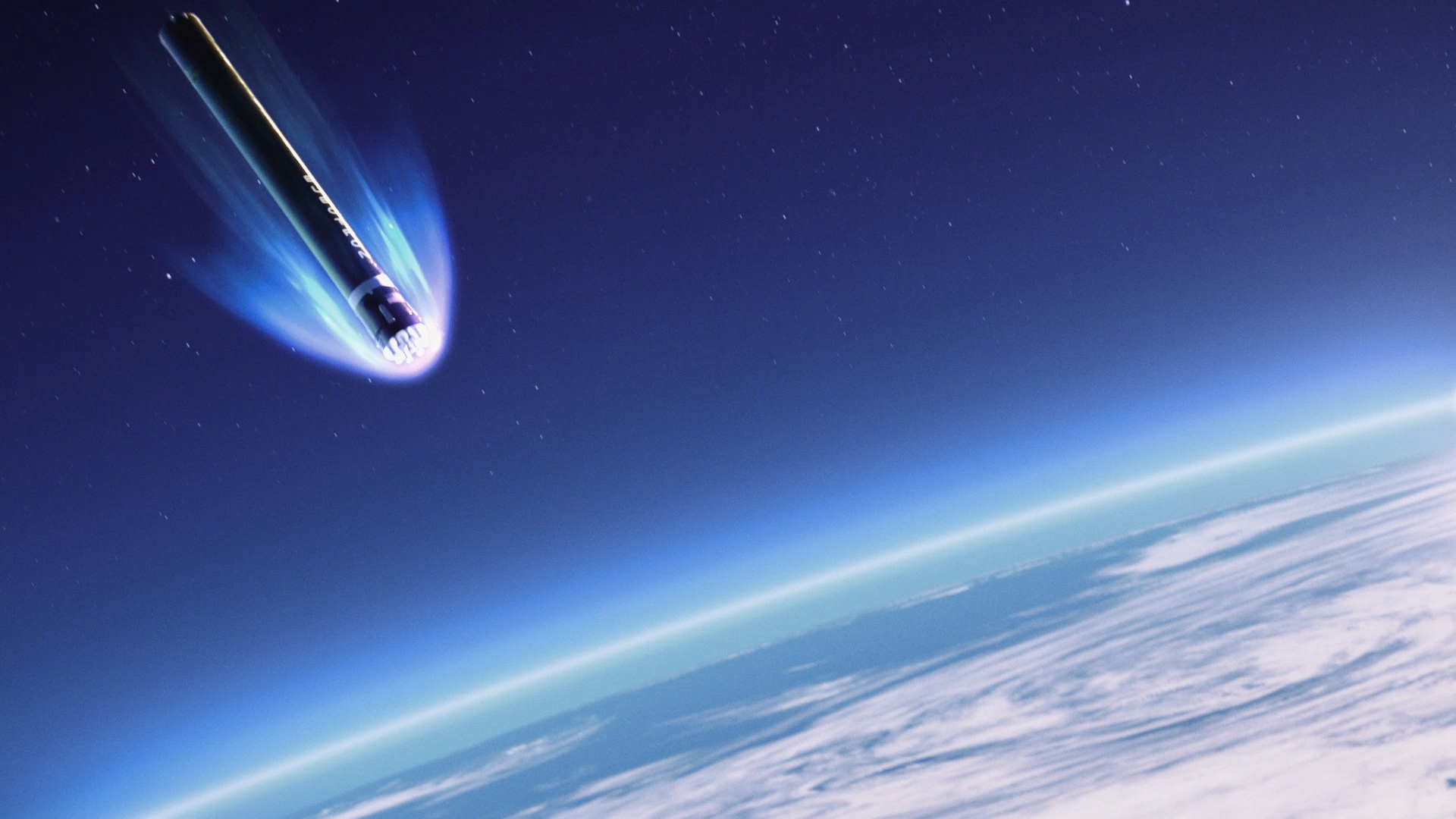 About a minute later, the booster hit “the wall” – a dense region of the atmosphere where the booster experiences a sudden deceleration from supersonic to subsonic speeds. Rocket Lab managed to successfully maneuver an Electron first stage through this tough reentry phase during Electron Flight 10, which launched in December 2019.

After passing through “the wall”, the Electron booster continued to descend towards the ocean, with splashdown occurring about 9 minutes after liftoff. The stage was not expected to survive.

However, Peter Beck noted the stage made it through the wall, a sign of continued progress towards the eventual recovery of the boosters.

Future Electron post-mission tests will see the booster descending under its parachutes all the way to a soft splashdown, at which point they will be recovered. Eventually, Rocket Lab will shift to retrieving the stages in mid-air with a helicopter, which will help prevent saltwater exposure and simplify the refurbishment process. 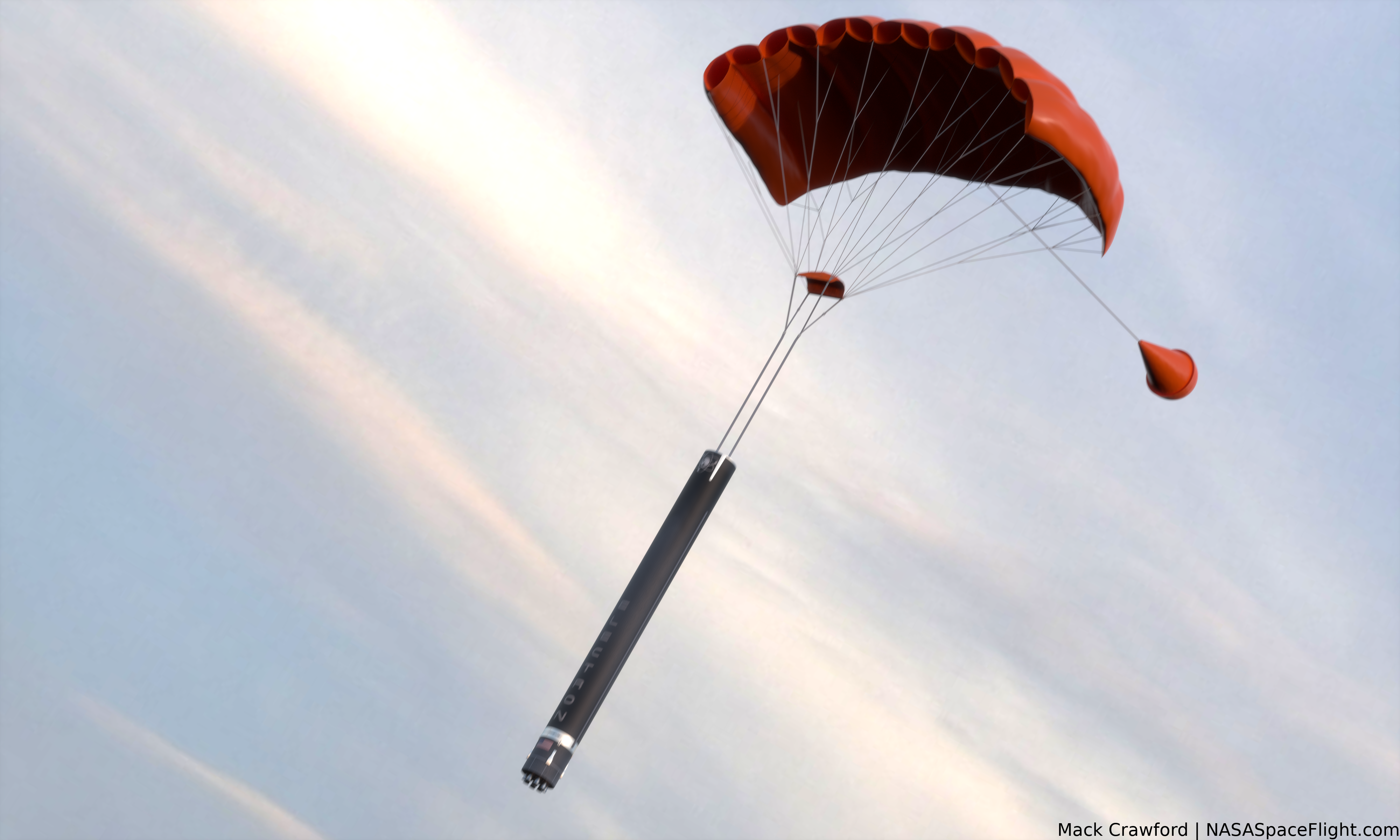 With an ever-growing launch manifest, Rocket Lab’s production facilities will eventually become a bottleneck in terms of stage availability. Electron first stage recovery and reuse will assist the company in maintaining a modest production rate while also achieving its goal of having a high launch frequency.

Over the last few months, Rocket Lab took many steps towards this goal. In December 2019, the company opened its new Launch Complex 2 (LC-2) at NASA’s Wallops Flight Facility in Virginia, specifically designed for United States government launches to low Earth orbit. The first flight from LC-2 – the STP-27RM mission for the Air Force – is currently scheduled to take place in Q2 of this year.

Rocket Lab is also constructing a third pad at their New Zealand spaceport, named Launch Complex 1B (LC-1B). It is being built adjacent to the existing pad, and will help support a more rapid launch cadence from Launch Complex 1. It is unclear as to when LC-1B will be opened for Electron flights.

The 3rd launch pad (LC1-B) underway in New Zealand, is progressing at an astonishing pace! pic.twitter.com/1D17Yuf1ly

Following Friday’s launch, Rocket Lab’s next Electron mission will likely be ELaNa 32 for NASA, with the ANDESITE CubeSat for Boston University serving as the payload. The mission is currently scheduled to launch no earlier than March 1 from LC-1.