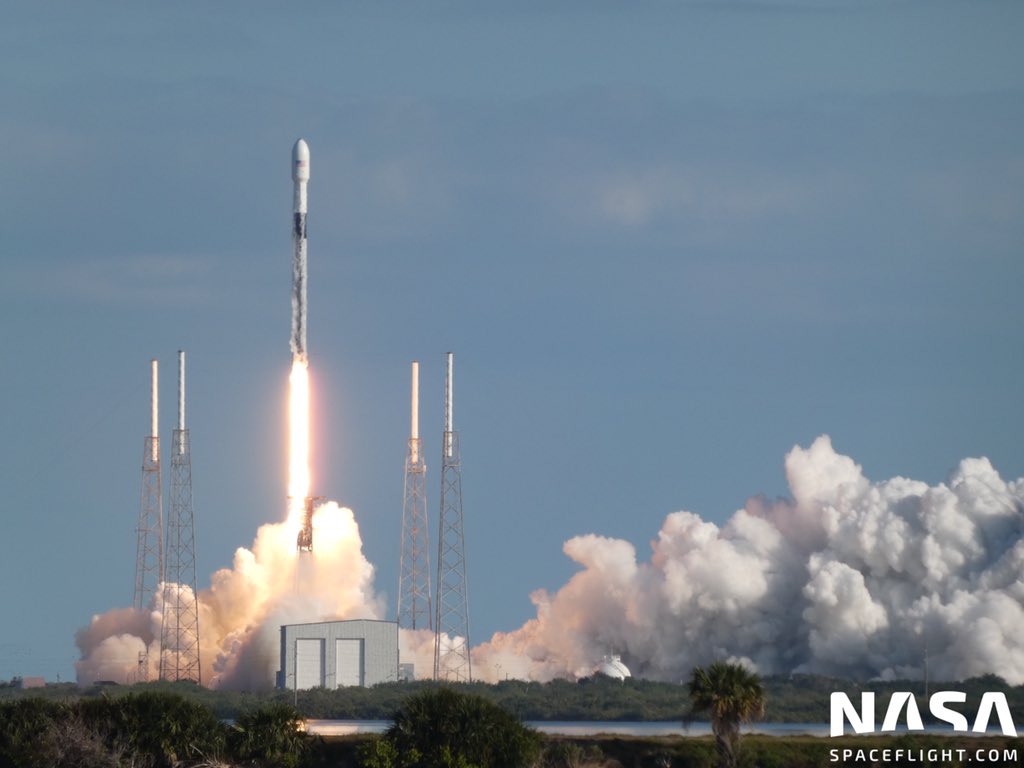 SpaceX is continuing to launch its Starlink satellite internet constellation with the third operational launch, which took place on Wednesday following a few weather-related delays, ranging from upper level winds to sea state for the recovery fleet.

The Starlink v1.0 L3 mission lifted off from Space Launch Complex 40 (SLC-40) at the Cape Canaveral Air Force Station in Florida. It was the second orbital SpaceX Falcon 9 launch of 2020, and the third total launch, after the suborbital Crew Dragon In-Flight Abort test earlier this month. 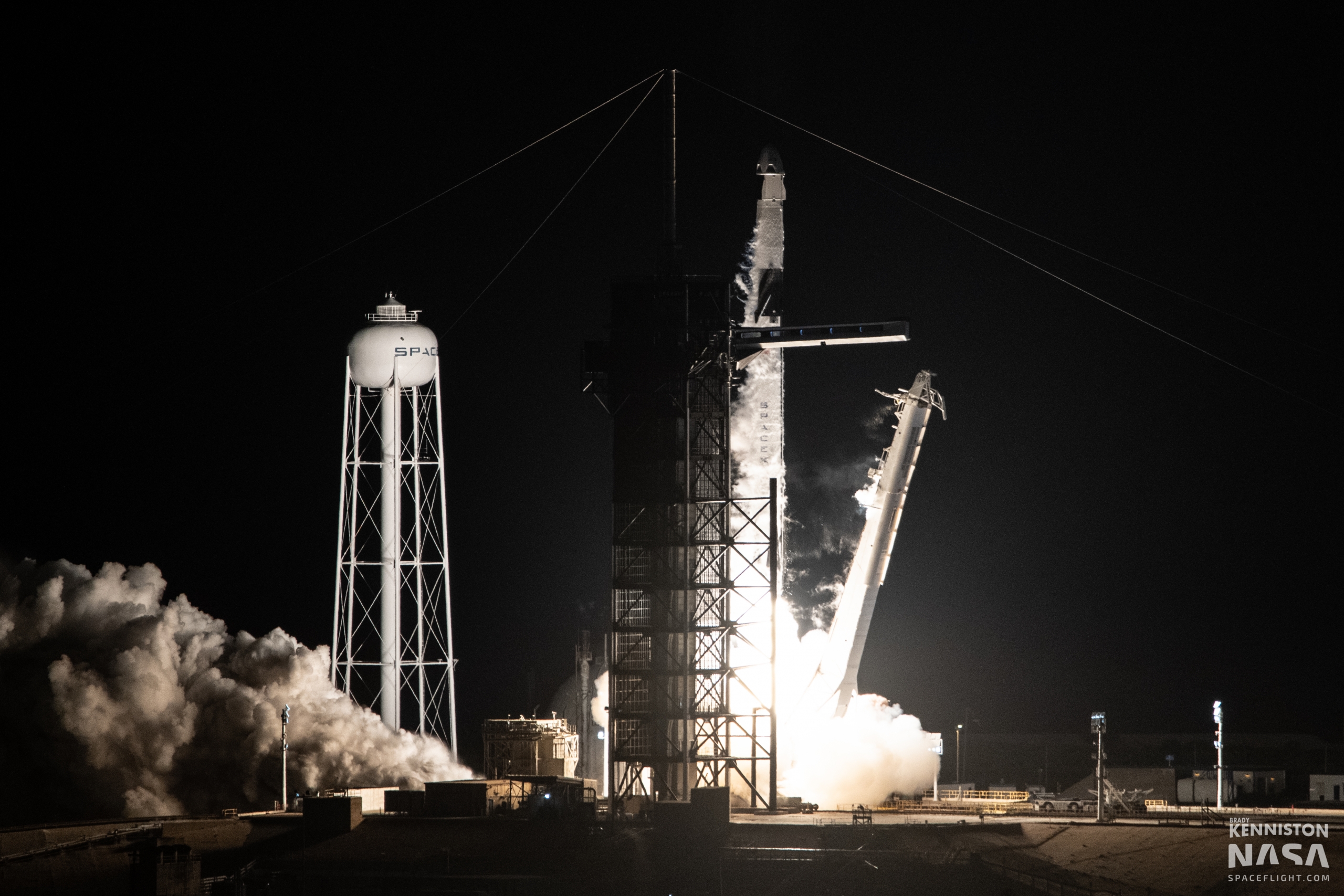 The first stage of the Falcon 9, B1051, made its third flight. The booster previously launched the Crew Dragon Demo-1 mission from LC-39A in March 2019, and the RADARSAT Constellation mission from SLC-4E in June. This will make B1051.3 one of the few cores to fly from all three of SpaceX’s orbital launch pads.

B1051.3 successfully completed a static fire test on January 20.

After liftoff, the booster landed on Of Course I Still Love You, the Autonomous Spaceport Drone Ship, stationed approximately 630 kilometers downrange in the Atlantic Ocean.

The drone ship departed Port Canaveral on January 16, but was forced to remain close to shore by weather in the recovery zone ahead of launch day.

Both fairing recovery ships, GO Ms. Tree and GO Ms. Chief, departed Port Canaveral on January 18. Similarly to Of Course I Still Love You, they had been waiting at the Port of Morehead City for the weather to improve. The poor weather at sea caused the delay from the original launch target of January 20.

All recovery vessels then proceeded to their respective recovery zones to support the launch, with the weather at sea significantly improved.

Protected by the payload fairing, 60 more Starlink internet satellites were delivered to Low Earth Orbit. The v1.0 L3 mission was the third launch of operational satellites, and the fourth batch of 60 spacecraft when including the Starlink v0.9 mission.

Each satellite has a liftoff mass of 260 kg, for a total of 15,600 kg of payload. The operational Starlink missions are the heaviest payloads SpaceX has launched to date.

The satellites were initially deployed into a circular 290 km altitude orbit, inclined 53 degrees. After launch, each satellite will use Krypton-fueled Hall thrusters to raise their altitude to 350 kilometers. Any satellites not functioning properly after launch will remain in the lower orbit to quickly deorbit. Nominally functioning spacecraft will continue raising their orbits to the operational 550 km altitude. 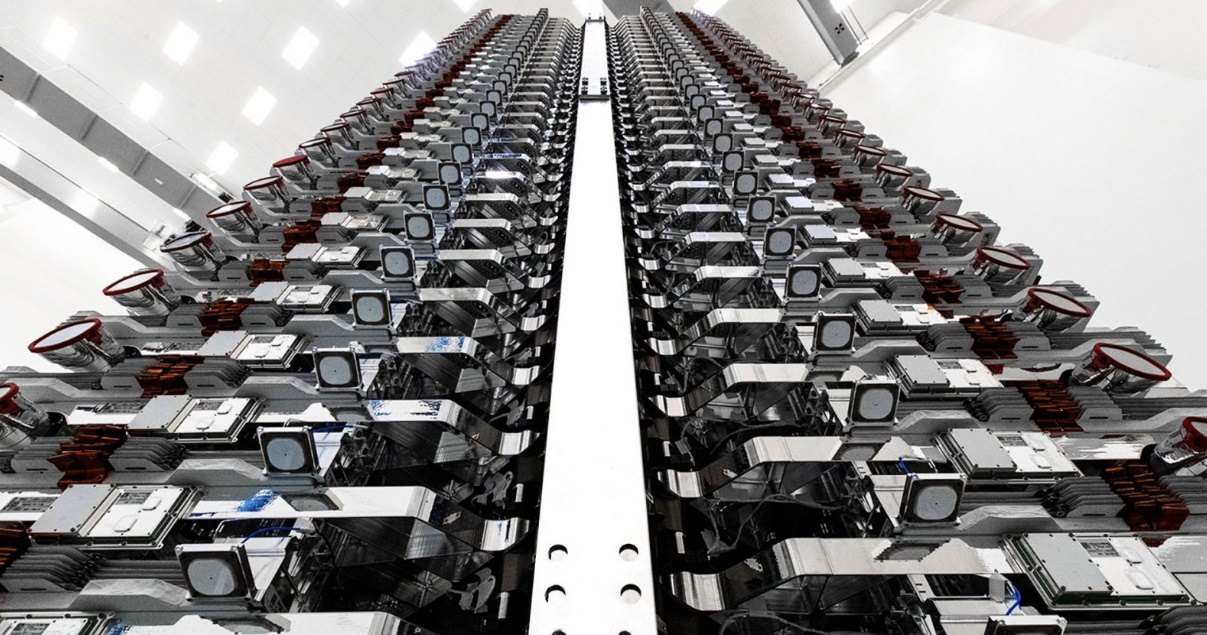 The Starlink satellites – via SpaceX

The first stage began engine chill at T-7 minutes, in order to prevent thermal shock which could damage the nine Merlin engines. The final pre-launch preparation, pressurizing the propellant tanks, occurred at T-1 minute, when Falcon 9 goes into startup. The final go for launch was given by the launch director at T- 45 seconds.

Just three seconds before liftoff, the engine ignition sequence began. After lifting off from the pad, Falcon 9 pitched downrange as it accelerates towards orbital velocity. 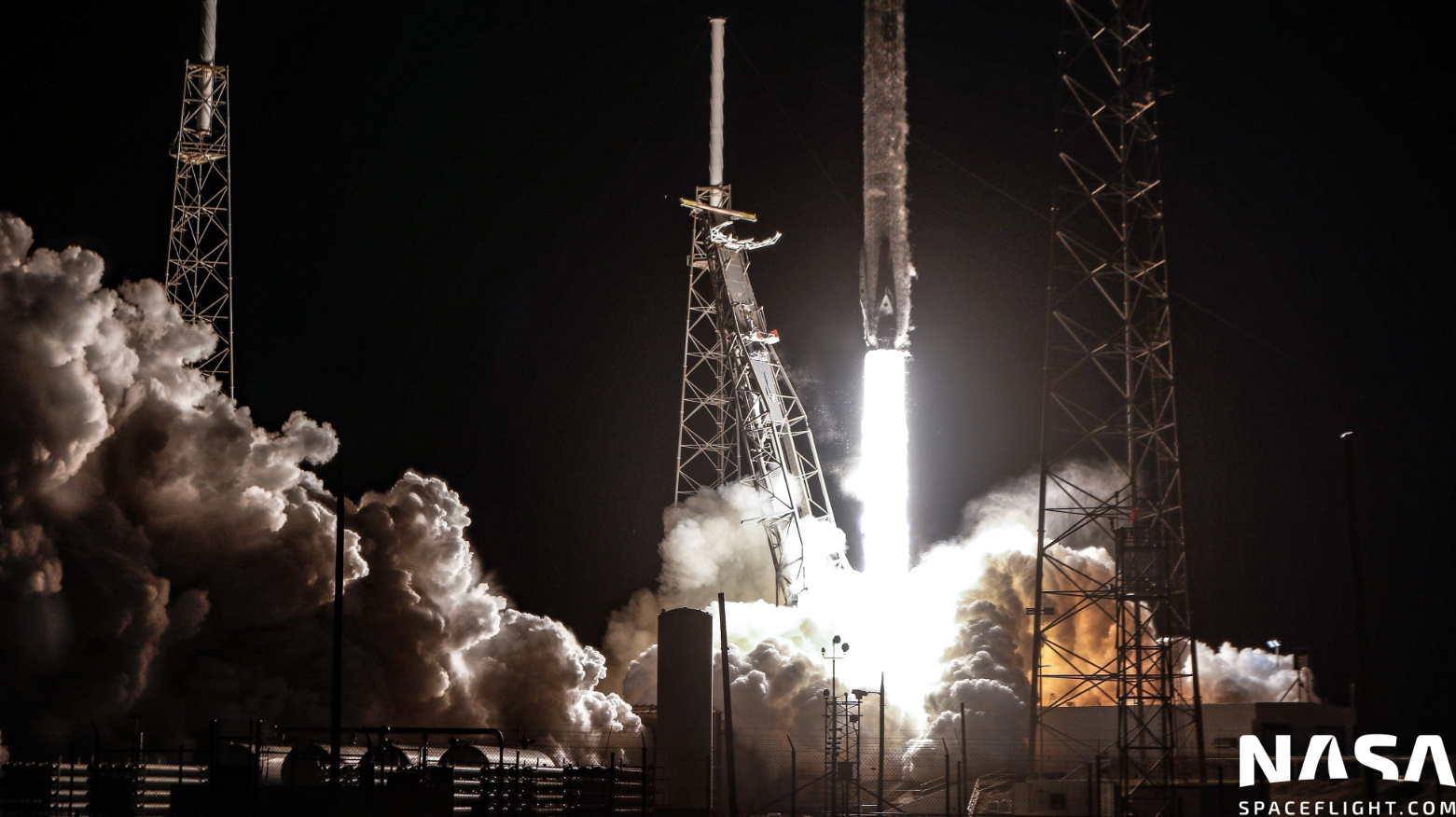 The rocket reached the period of maximum aerodynamic pressure 1 minute and 13 seconds into flight, when the rocket experiences the highest stresses. The first stage continued to burn until main engine cutoff, or MECO, at T+ 2 minutes, 33 seconds.

Then, the first and second stages separate, and the vacuum optimized Merlin engine on the second stage begins its first burn.

The payload fairing deploys at T+ 3:24. Both fairing halves will descend back to Earth for recovery attempts, which will occurred about 45 minutes after liftoff.

Ms. Tree caught this one. Waiting for news on the second fairing. pic.twitter.com/K3hGQzDVSq

One fairing was caught. The other landed softly in the water and is expected to be recovered.

For the first stage recovery, the booster completed the entry burn at 6 minutes and 41 seconds into flight. The landing on Of Course I Still Love You followed at T+ 8:24.

The upper stage and 60 Starlink satellites completed their first burn 8 minutes and 49 seconds after liftoff, and then coasted in orbit for approximately 37 minutes. At T+ 45:55, the second stage completed a brief burn to insert the payload into the correct deployment orbit.

Finally, 61 minutes and 48 seconds after launch, the 60 satellites deployed from the upper stage, completing the launch and allowing the spacecraft to begin maneuvering to their respective slots in orbit.