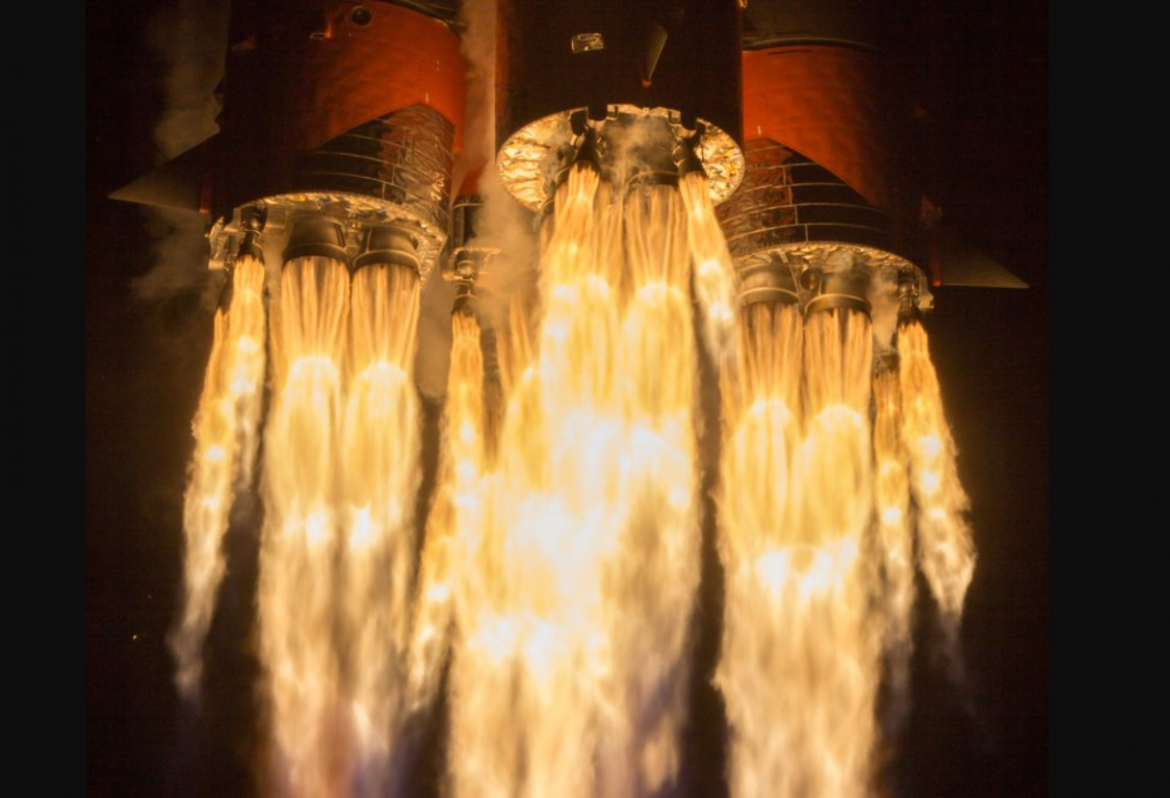 The European launch services provider Arianespace — in conjunction with the European-Russian Starsem company — conducted the launch of a Soyuz 2.1b/Fregat-M rocket from Baikonur Cosmodrome in Kazakhstan with 34 OneWeb space-based internet satellites.

The mission launched from Site No. 31/6 at 16:42 EST (21:42 UTC) in an instantaneous launch window.  The mission lasted 5 hours 52 minutes, with deployment for all 34 satellites taking over 3 hours 45 minutes to complete.

Launch of this mission marked the continued use of Baikonur for Arianespace, which normally conducts missions from their Guiana Space Centre in French Guiana, South America.

The flight lifted off from Site No. 31/6 at the Baikonur Cosmodrome in Kazakhstan under a commercial launch agreement held by Arianespace through shareholding in Starsem — a jointly-held European-Russian company which is responsible for the commercial launch procurement of Soyuz rockets for Roscosmos, the Russian Federal Space Agency.

Overall, this was the 50th flight of a Soyuz rocket under commercial launch services for Arianespace and Starsem and the 27th commercial Soyuz launch from Baikonur.

The mission was also the second OneWeb flight and the second to be launched by Arianespace.

The first OneWeb mission lofted six satellites from the Guiana Space Centre on 27 February 2019 — beginning construction of the planned 650 satellite constellation — though licensing permits allow that number to increase to 1,972 satellites if customer usage demands.

With today’s planned launch of 34 additional OneWeb satellites, the constellation will grow in total number to 40.

OneWeb’s mission is to deliver global communications through a “next-generation satellite constellation that will bring seamless connectivity to everyone, everywhere.”

To this end, OneWeb is building a network composed of Earth orbit satellites that will provide high-speed, low latency services to a wide range of customers in sectors that include aeronautics, maritime, backhaul services, community Wi-Fi, emergency response services and more.

Once deployed, the OneWeb constellation will enable user terminals capable of offering 3G, LTE, 5G and Wi-Fi coverage, providing high-speed access around the world by air, sea and land.

The constellation will permit a download speed of 50 megabytes per second, which is equivalent to about twice the speed of public Wi-Fi and hotspot locations in the United States and Canada. 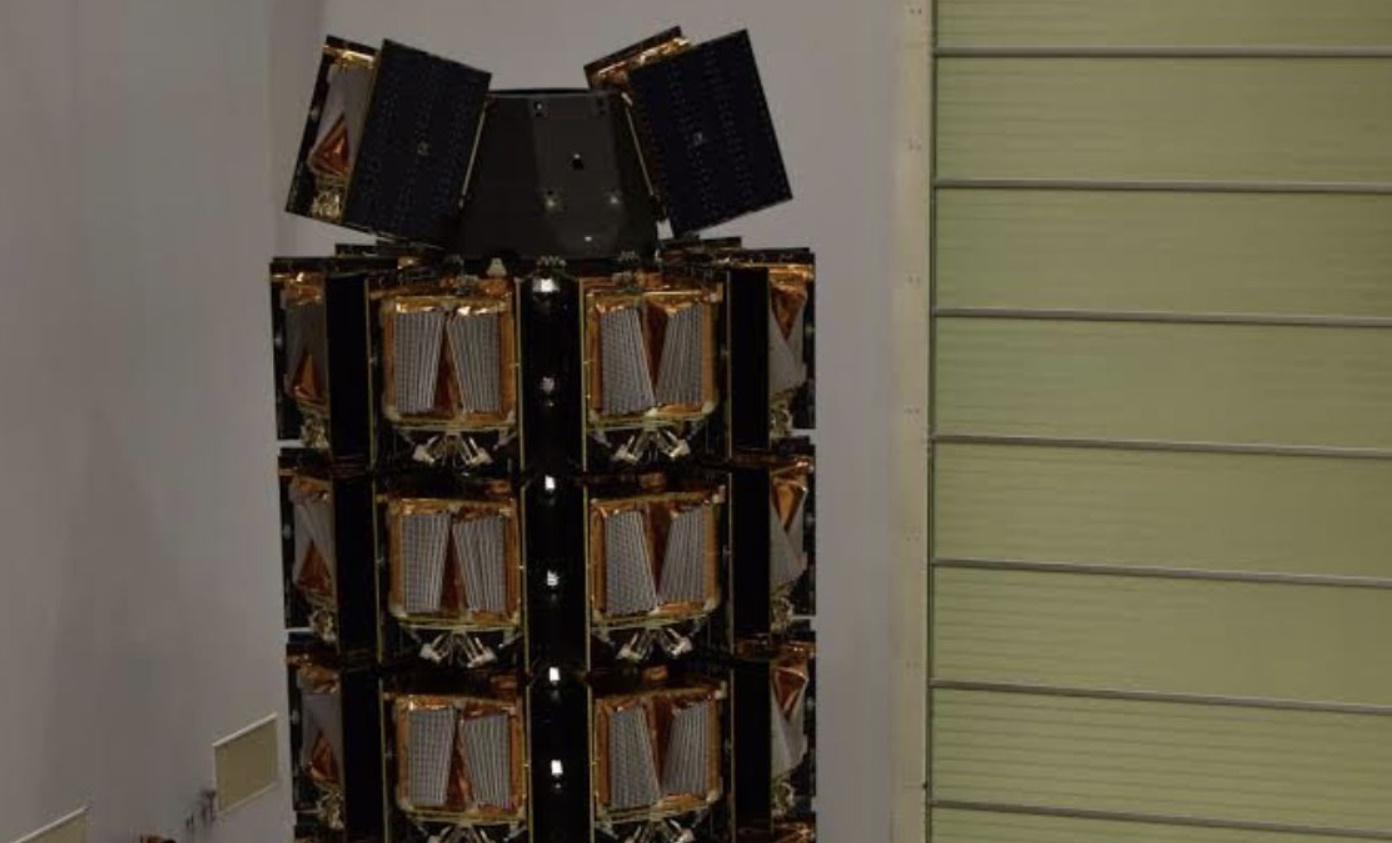 OneWeb photo of the satellites on the dispenser.

With each of the 34 OneWeb satellites for today’s mission weighing in at 147.5 kg, the total liftoff mass of the payload for this mission is 5,015 kilograms.

Manufactured in Florida just outside the secured perimeter of the Kennedy Space Center and the Cape Canaveral Air Force Station, the OneWeb satellites will be launched into near polar orbits of 87.4° inclinations at an orbital altitude of 1,200 km.

Each satellite contains a plasma propulsion system as well as lithium-ion batteries and two solar arrays to provide power and recharge capabilities.

For fans of the science fiction series Star Trek: Deep Space Nine, each OneWeb satellite basically looks like a Bajoran orb of The Prophets.

Visualization of a OneWeb satellite in orbit – via OneWeb

The rocket tasked with launching today’s mission is a Soyuz 2.1b with a Fregat-M upper stage.

The Soyuz 2.1b flew for the first time on 27 December 2006 and has had a robust and successful career to date with 49 missions and only two failures.

At liftoff, the Soyuz 2.1b utilized the power of its four side-mounted liquid fueled boosters in combination with the first stage engine.

One minute 58 seconds into flight, the four boosters separated from the Blok-A stage in the telltale Korolev cross pattern.

The hot staging was achieved by igniting the Blok-I second stage engines while the Blok-A stage is still firing and attached to the rocket.

The Fregat-M then ignited 10 minutes 23 seconds after launch for a 4 minute 11 second burn to place the vehicle and payload into a parking orbit. 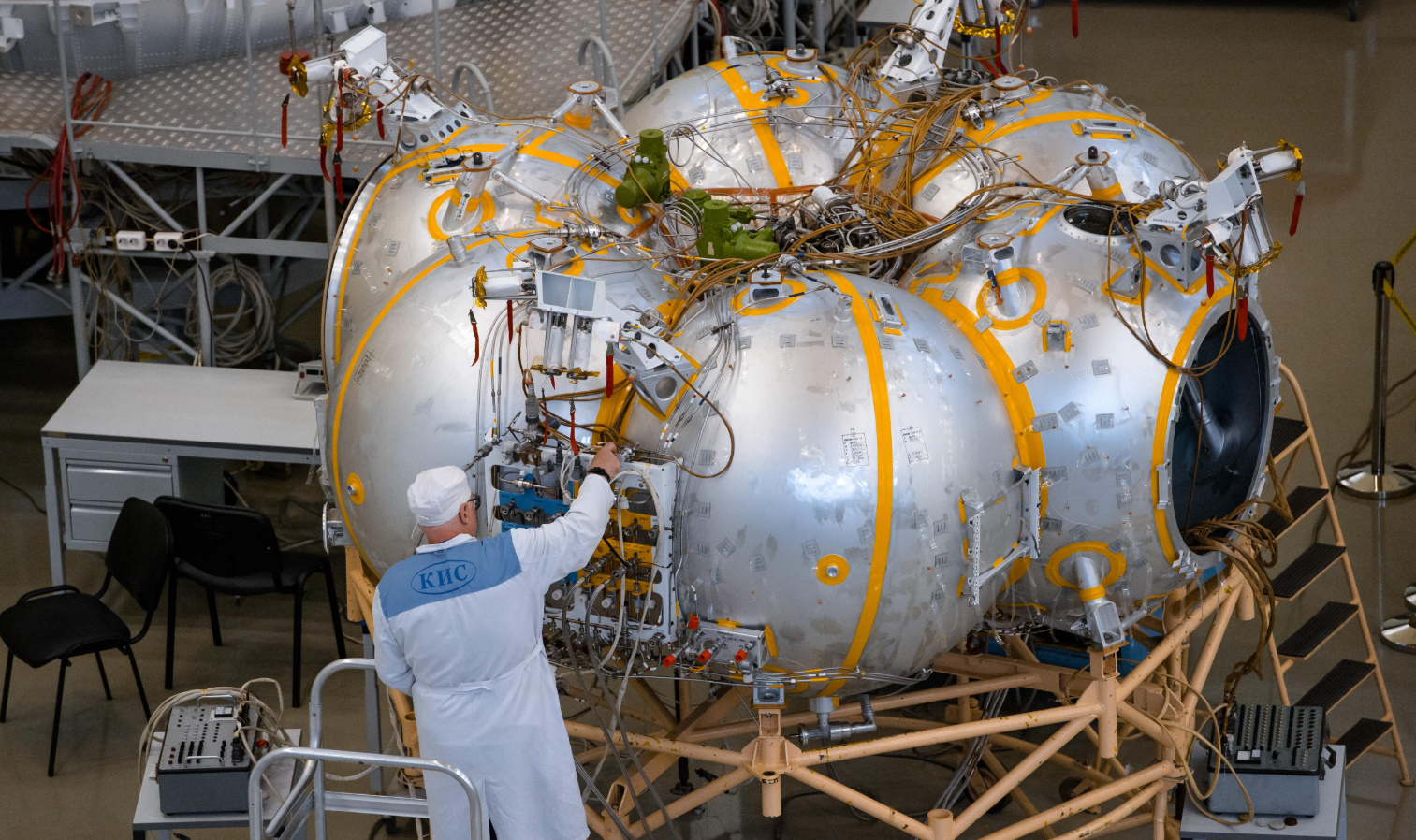 Then, 1 hour 6 minutes 45 seconds after liftoff, the Fregat-M re-ignited for a 34-second burn to place the vehicle into the proper orbit for separation of the first two OneWeb satellites.

This deployment occurred 1 hour 11 minutes 40 seconds after liftoff, followed by a 15 second burn of the Fregat-M engine before the next four OneWebs separated 1 hour 30 minutes 50 seconds after launch.

Another short burn of the Fregat-M will follow before the next four OneWeb satellites separated 1 hour 50 minutes into the mission.

After that, the Fregat-M will continue to coast in orbit until 5 hours 5 minutes 55 seconds after liftoff, at which point it will reignite its engine for a deorbit burn.