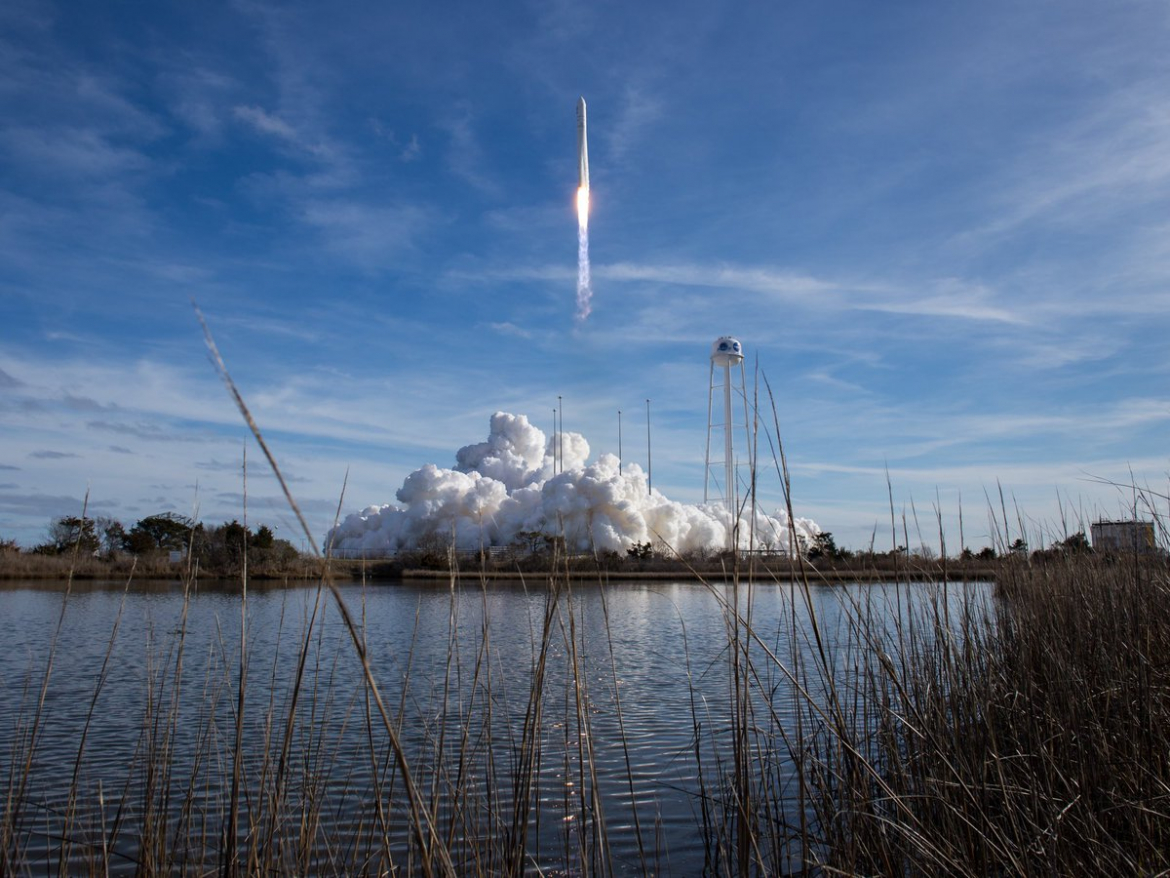 A Northrop Grumman Antares 230+ lifted off from the Mid-Atlantic Regional Spaceport (MARS) on Wallops Island, Virginia on Saturday after upper level winds called off a Friday attempt.  The rocket carried the automated Cygnus spacecraft on its 13th contracted resupply mission to the International Space Station (ISS). Its original launch date was scrubbed due to a ground system issue and then had to wait for acceptable weather.

Launching from Wallops Pad 0A at 3:43 PM EST (20:43 PM UTC), the Cygnus NG-13 spacecraft was carried into orbit, ahead of an approximately two-day rendezvous with the ISS, where it will then be berthed to the ISS to resupply the three-person crew of Expedition 62. 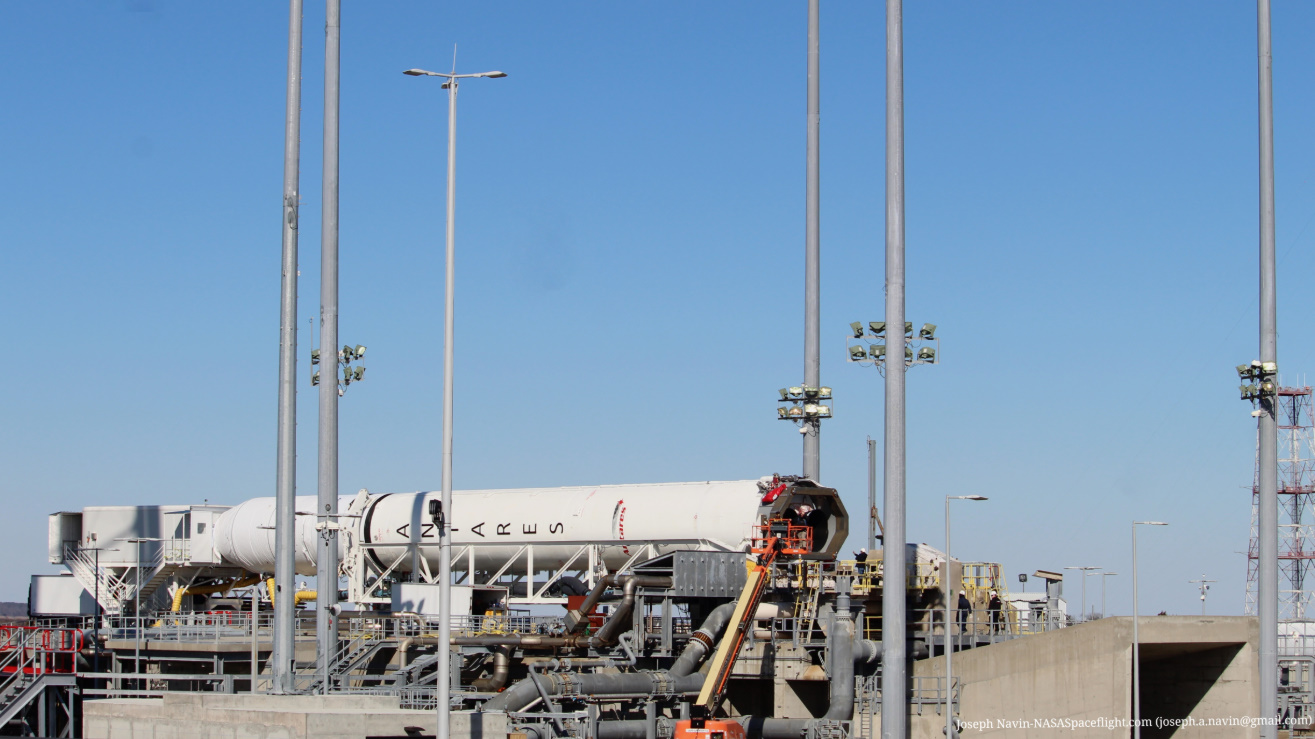 The spacecraft is loaded with over 3,400kg of cargo, consisting of consumables and scientific experiments to be carried out on the ISS.

Included in the scientific hardware is a small microscope, which will act as a technology demonstrator for a new type of electron microscope, an experiment which will test the relationship between phages and their bacterial hosts in microgravity and space conditions and an experiment that will help us gain a better understanding of the bone mass loss astronauts undergo on orbit.

Also included in the scientific payload is an experiment that will observe fire growth and spread in microgravity. This experiment is unique because instead of being performed aboard the ISS, it will be performed remotely in the Cygnus during the spacecraft’s post station mission, which will last a couple of weeks.

On an interesting note, the launch occurs only hours before the launch of a United Launch Alliance Atlas V rocket carrying the European Space Agency’s Solar Orbiter space probe into orbit from Cape Canaveral, Florida.

According to Northrop Grumman’s Antares Program Manager, Kurt Eberly, this will not cause any issue though, as there are no shared range assets between Wallops and Cape Canaveral for these two launches.  This means there will not be any conflict and the rockets will be able to safely launch with only about 5 and a half hours between them.

The Antares 230+ is an upgraded and optimized version of the older Antares 230 rocket which was used for five of the eleven Cygnus flights contracted under the first CRS contract. 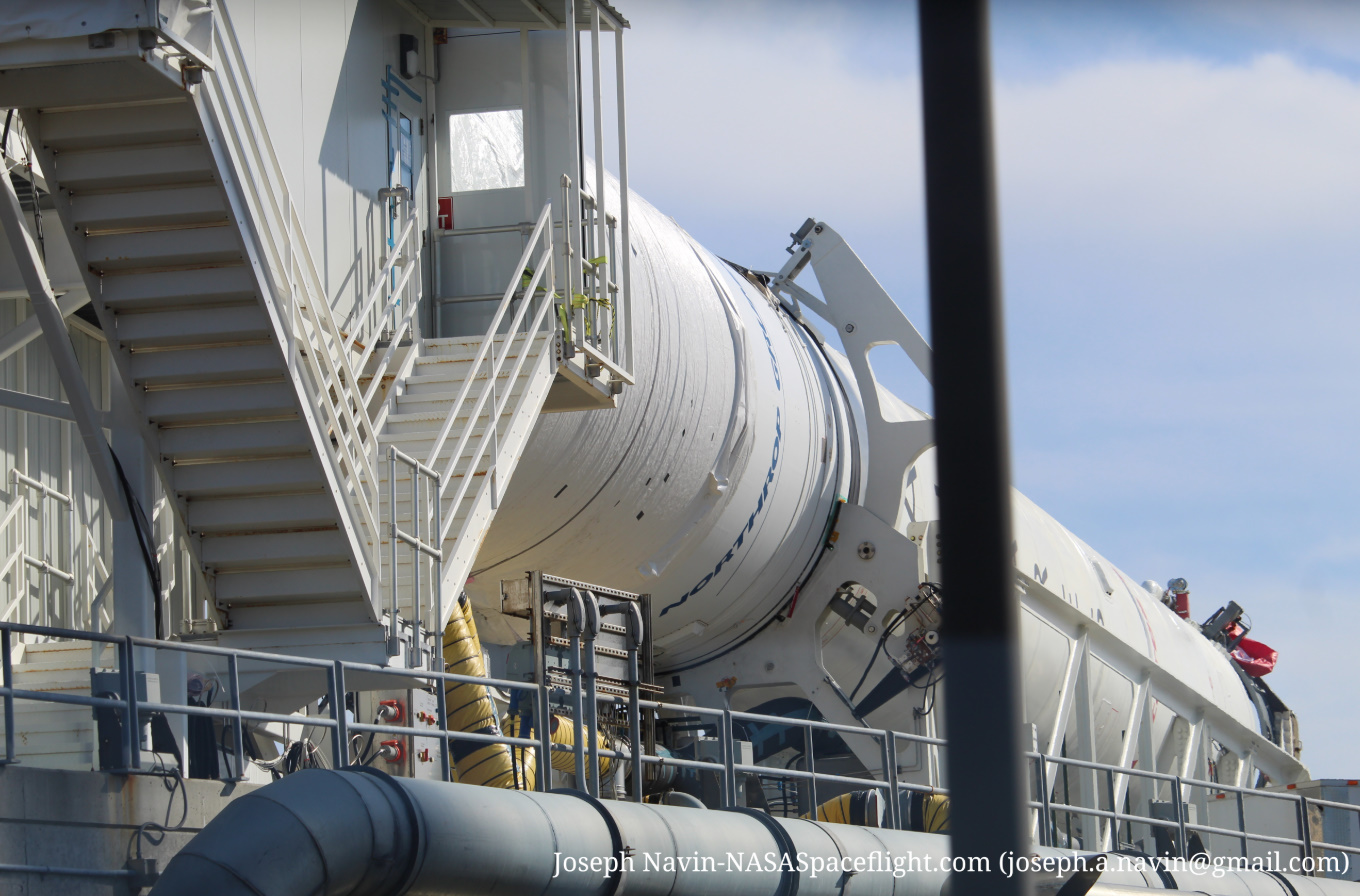 The Antares 230+ has numerous upgrades to it which set it apart from its predecessor, this includes structural changes that allow for Cygnus to carry larger and heavier payloads to the ISS.

Like Antares 230, Antares 230+ still utilizes the Castor 30XL upper stage, which will burn during the last stage of the flight to get the Cygnus into its proper orbit to set it up for rendezvous with the ISS.

Since the Castor 30XL stage uses solid fuel, it can not be throttled or cut off at all times like a liquid fuel engine.  At first glance, this may appear to mean the Antares team have less choice when inserting the spacecraft into its proper orbit, as the engine is not throttlable.

This exact same @northropgrumman Castor 30XL second stage will insert the #NG13 Cygnus "SS Major Robert Lawrence" into orbit. This photo was taken by myself during the #NG12 tour in November. Stay tuned for more from @NASASpaceflight for NG-13 updates. pic.twitter.com/Dq3UC2D6KI

However, to get around this, during the second stage burn, Antares utilizes an “S-curve” maneuver, meaning it curves along a path similar to an S to burn off energy in the second stage, allowing for the second stage to inject the Cygnus into a much more accurate orbit.

All previous Cygnus vehicles have been named after people who have had a large effect on the aerospace industry, this is usually astronauts but can sometimes be extended to others. NG-13 is no exception, being named after Major Robert H. Lawrence Jr, the first-ever African American selected to train as an astronaut.

Maj Lawrence was a US Air Force test pilot who also held a Ph.D. in Physical Chemistry. In 1967 Lawrence was selected to train as an astronaut as part of the USAF’s Manned Orbiting Laboratory (MOL) program. MOL would eventually be canceled but several MOL astronauts were transferred to NASA in 1969, and most of them would eventually fly on the Space Shuttle. 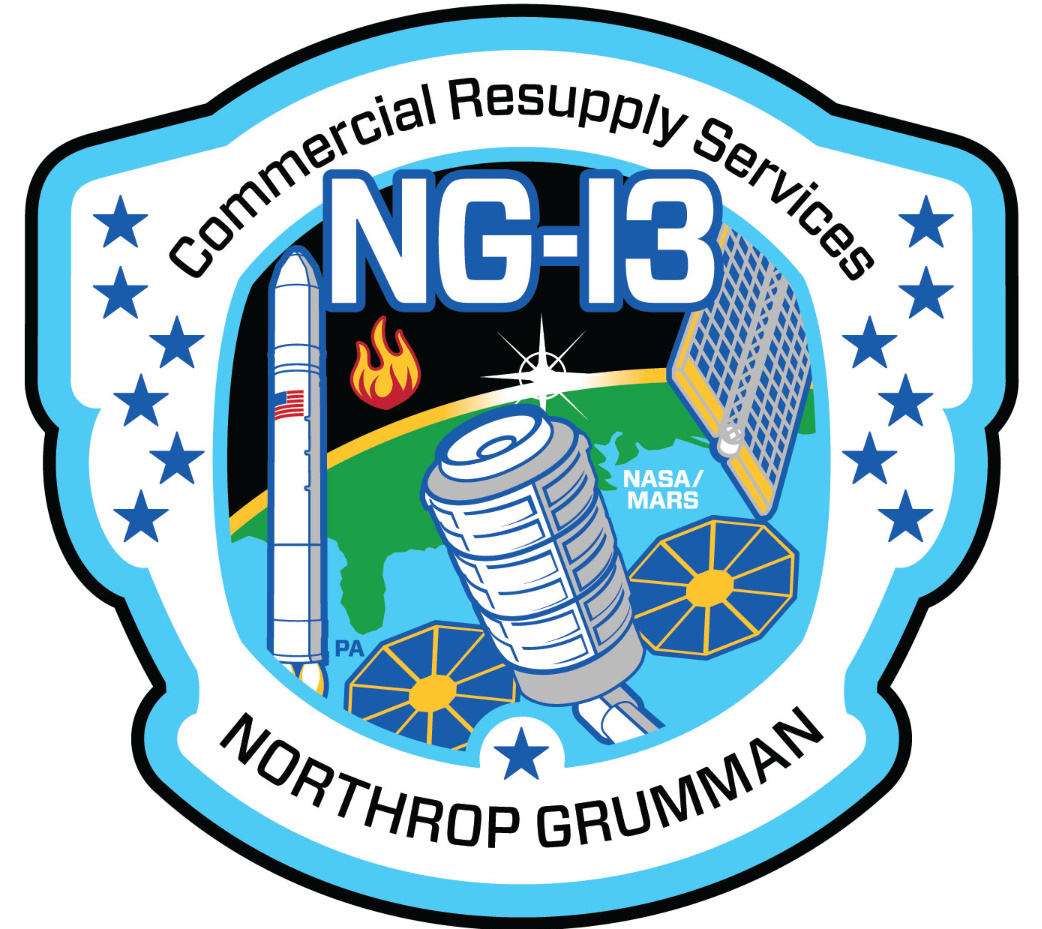 Tragically, on December 8th 1967, Maj Lawrence was killed in a fighter jet crash at Edwards Air Force Base, California.

Although Maj Lawrence sadly never got the chance to fly in space, his story is still an extremely important one, and he is deserving of being honored in this way.

In an interview with NASASpaceflight, Northrop Grumman’s vice president and general manager of the company’s space systems division Frank DeMauro said: “We’re a company that values our diversity and inclusion, and to be able to name the vehicle after the first African-American astronaut is extremely special”.