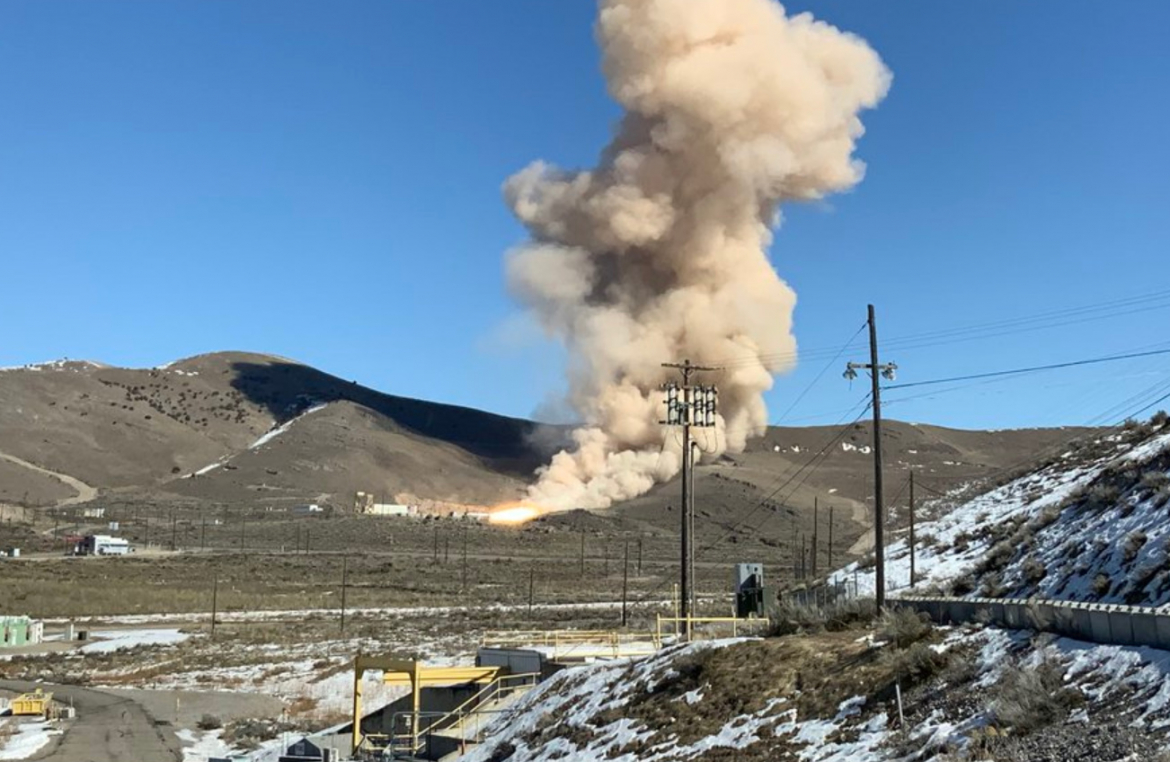 Northrop Grumman’s OmegA finished another step toward its first flight next year when it was test-fired for 140 seconds (2 minutes 20 seconds) on Thursday at the NGC solid rocket motor factory and test site in Promontory, Utah. The test-firing, which started at 1:05 pm Mountain, was made as to the second and last qualification firing before the OmegA’s first test flight in the spring of 2021.

As per Charlie Precourt, an initial look was good and there were no “observations” like what was seen during the CASTOR-600 firing last year. He did mention that the test might have lasted a second longer than planned, but said that could have been a good result. 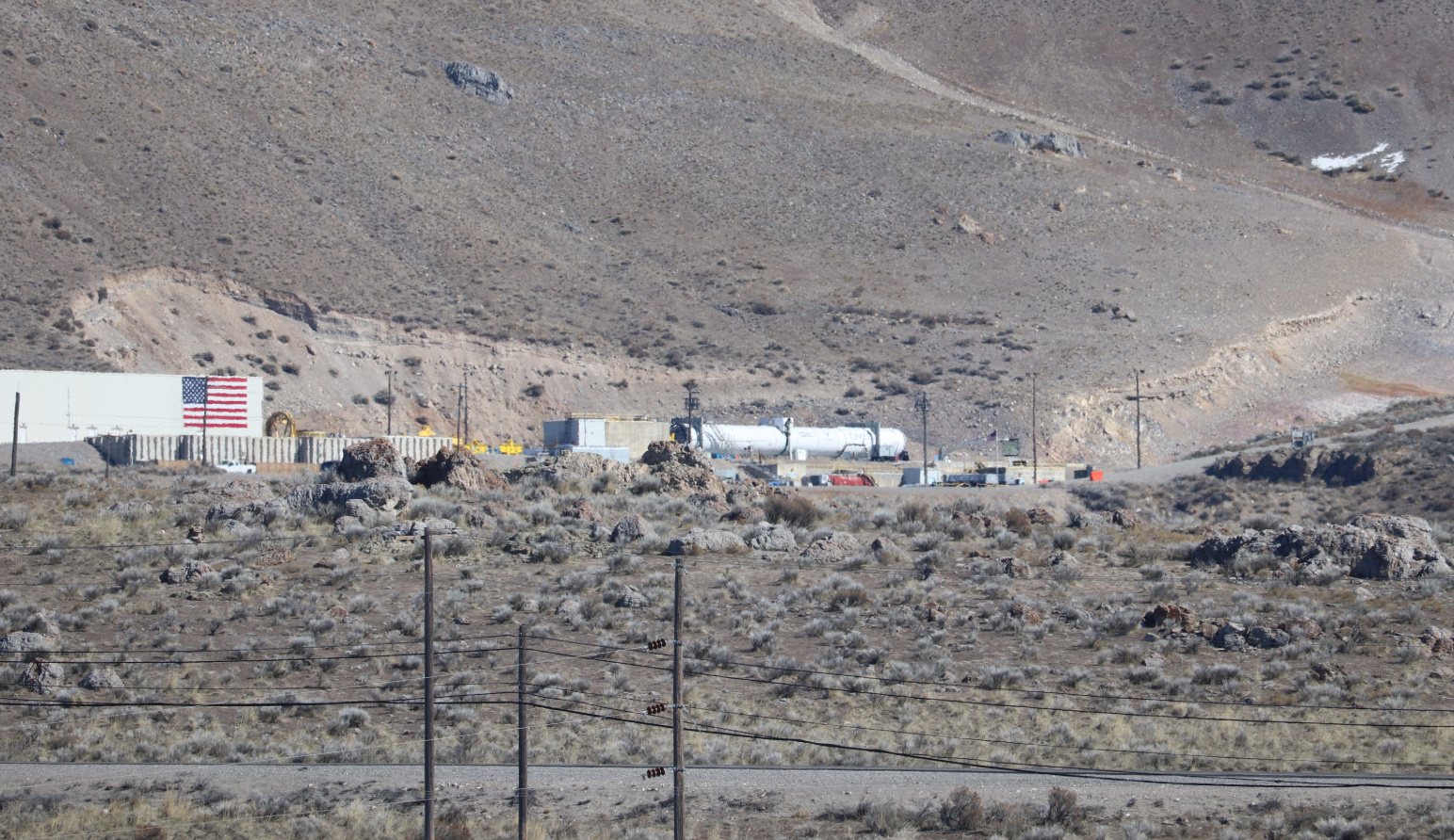 The third stage of the OmegA, which will be tested later this year at the Plum Brook facility in Ohio, is known as the iLUS liquid upper stage and is an NGC design powered by two RL-10 engines, which have flown almost 500 times over the decades. The hLUS will be a stretched version on the heavy OmegA vehicle, which will also use the CASTOR-1200 4 segment first stage.

The OmegA is designed to use strap-on GEM-63XLT boosters (from 0 to 6 as needed) as part of a modular launch solution that can fly payloads to the various orbits that are needed for national security flights (ranging from 100 km low Earth orbit to geostationary orbit at 35,786 km, and everything in between, with polar inclinations and Molniya orbits included). The OmegA is designed to perform all national security missions, which can require a lift capability of up to 18,000 pounds for geostationary transfer orbit, or 37,000 pounds for polar-orbiting satellites.

Unlike competitors from Blue Origin, SpaceX, and ULA, the OmegA was designed around a solid rocket booster core derived from the Space Shuttle’s solid rocket motor. The design choice of using solids for the first two stages and a liquid stage for the third stage was driven by the capability of solids to quickly thrust through the atmosphere as well as by liquid stages’ capability to go from one high-velocity orbit to another.

Another driver for this decision, according to NGC, was that since 1980 solid rocket systems have four times less risk of failure than liquid systems as per gathered statistics, and there have been no solid rocket motor failures for the last 18 years, resulting in an overall 99.7 percent success rate in the last 40 years, a greater success rate than liquid-fueled engines. As per gathered statistics, there are also fewer launch delays for solid engines (2 percent of delays for Delta and Shuttle caused by solid rocket boosters, compared to 22-24 percent of delays caused by liquid-fueled engines).

The OmegA program was started due to the Air Force’s need to replace the Russian-made RD-180 on the Atlas V for national security launches, after the Russian invasion of Crimea, which was a key moment that led Congress to pass a law disallowing the use of the imported RD-180, which in turn led to an effort that now has three domestic alternatives competing for two launch contracts for national security payloads lasting for the next 5 years.

The NSSL (formerly EELV) program emphasizes assured access to space, transition from the RD-180 to be complete by 2022, adaptation to manifest changes (such as enabling satellite swaps and return of manifest to normal operations both within 12 months of a need or an anomaly).

Although the OmegA’s competitors, the Blue Origin New Glenn, the ULA Vulcan, and the existing SpaceX Falcon 9, have some reusability features, Northrop Grumman decided against reusability for the OmegA program to simplify the vehicle development and lower costs.

NGC is using a common avionics solution called MARS (used on Antares, Minotaur, and Pegasus as well as OmegA) that all NGC vehicles have launched with as well as common infrastructure with the SLS program, as well as hardware derived from the Space Shuttle SRB and SLS programs to lower costs and cut development times. As an operational example of how this would work, NGC is even going to send out the segments for the first OmegA launch to Cape Canaveral on the same train as a couple of SLS segments.

The OmegA program is set to use the MLP-3 mobile launch platform for its Florida launches, and has started work on the launch tower that will be used on the MLP for OmegA.

The OmegA will be processed in High Bay 2 and will use some of the same infrastructure as the SLS and shuttle programs, including the launch control center Firing Room 4 and Launch Pad 39B, where the MLP-3, tower, and OmegA will be parked.

At Vandenberg Air Force Base, the OmegA is set to use SLC-6, and has a no-interference agreement with the Delta 4 Heavy (as well as with SLS in Florida). It is currently unknown as to whether polar launches from Florida will be attempted with OmegA, though it is not an Air Force requirement.

The CASTOR-300 tested was mounted to dummy booster segments in front so that it could be fitted into the test cell. The test was conducted at a core temperature of 40 degrees Fahrenheit, to test the booster’s cold weather firing qualities. The test also was meant to use one TBI (through-bulkhead electric spark initiator) instead of the two that are normally used, to see how the system would behave without its backup.

Other objectives were to test the nozzle TVC (thrust vector) system as well as the nozzle erosion and charring, the thermal performance and strain on the case and nozzle, insulation performance, and ballistic (pressure and thrust) performance.

In all, 500 channels of data were collected during the test. In addition, some strengthening was done to the aft/nozzle area to avoid an issue like what happened with the CASTOR-600 test, where ambient air pressure near the ground and how it interacted with the plume from the nozzle caused what was noted as “an observation”, where parts of the nozzle disintegrated.

This test, if deemed completely successful, will be the last Common Booster Segment test needed before OmegA flies, but future milestones include a fairing separation test, the aforementioned third stage test, and a GEM-63XLT test that currently is set to be done before the first OmegA flight.

It is currently believed that the test would be ready very early next year. After the first two flights of the OmegA, set for the spring and summer of 2021, other Common Booster Segment tests are set to begin, though there are negotiations as to whether they would be required. The selection for the two LSP winners (launch contracts for payloads) is set for later this year, and it is unknown if the 2021 test flights would go ahead if OmegA is not selected.

Despite this, the mood after the test was upbeat, and Charlie Precourt was happy with the results. “Northrop Grumman designed OmegA to use the most reliable propulsion available to ensure exceptional mission assurance for our customers,” said Charlie Precourt, vice president, propulsion systems, Northrop Grumman. “Today’s firing is a significant accomplishment that demonstrates a domestic solution for the RD-180 rocket engine replacement.”