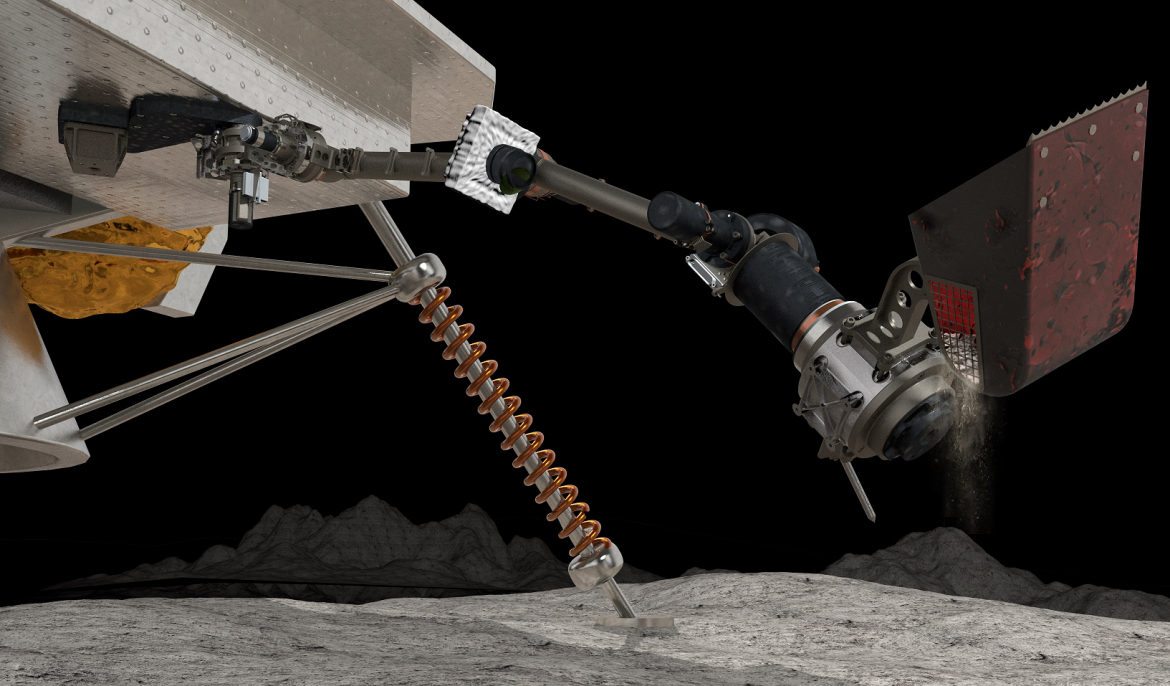 Maxar Technologies has signed a contract with NASA to deliver a robotic arm called Sample Acquisition, Morphology Filtering and Probing of Lunar Regolith (SAMPLR). The arm – which will be used to acquire samples and determine the geotechnical properties of lunar regolith – is built from flight spare components from the Mars Exploration Rover mission involving Spirit and Opportunity.

The contract, worth $5m, Maxar will provide a complete robotic system including all avionics, mechanical systems and operational support while on the lunar surface.

SAMPLR is one of 12 externally developed payloads that NASA selected as part of its Artemis lunar program and will travel to its destination aboard a yet-to-be-selected commercial lunar lander through NASA’s Commercial Lunar Payload Services project.

“Maxar traces its proud history in space exploration back to the first moon landing, where we built the Mission Control Center for the Apollo missions. Since then, we have provided robotics for all six of NASA’s Mars rovers and landers, including the soon-to-be-launched Mars 2020 rover,” said Megan Fitzgerald, Maxar’s Senior Vice President and General Manager, Space Infrastructure.

Maxar provided render of the scoop on the SAMPLR

“Together with NASA, Maxar is also developing the revolutionary capability to robotically assemble and service spacecraft and other space infrastructure in orbit. Maxar’s recent work with NASA on SAMPLR and several other Space Infrastructure missions demonstrate positive momentum for our expanding civil and government space portfolio.”

The arm, according to NASA, is a flight spare from the MER program, while Maxar note the arm represents “Maxar’s latest generation of robotic systems and leverages the company’s proven components from NASA’s MER Program”. 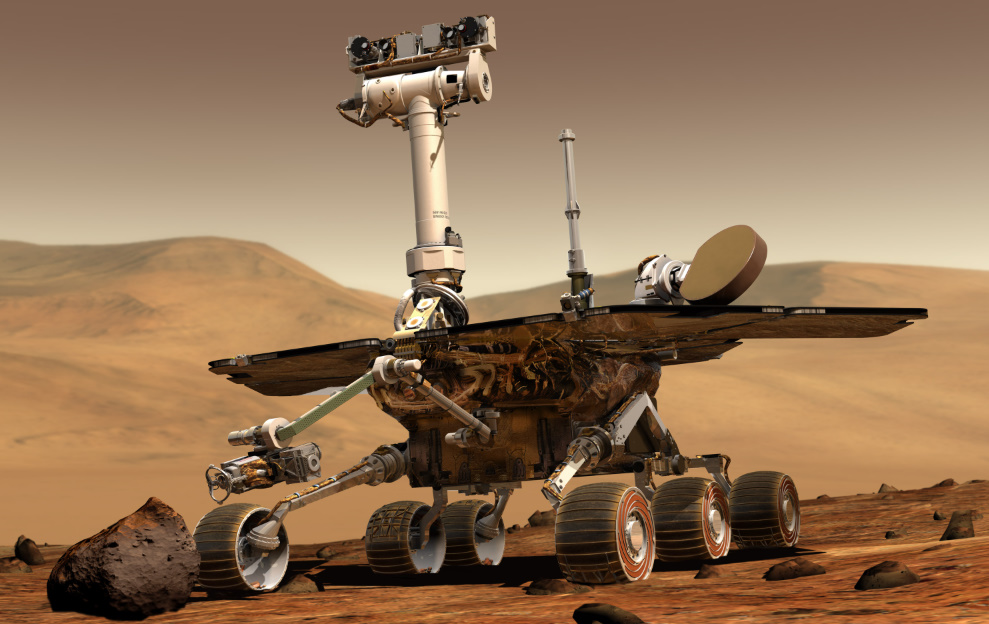 The arm on the MER – via NASA

The association with the robotics on the Mars rovers provides a fascinating synergy with lessons learned during robotic operations on the Red Planet playing into the Lunar roadmap.

The Moon is seen as an important stepping stone, with the Artemis mission allowing for the lunar surface to act as a proving ground for the big leap towards Mars.

There has been some political pressure to dilute the lunar element of NASA’s roadmap, risking the Artemis program becoming “flags and footprints”- as opposed to expanding on the achievements of Apollo and utilizing the Moon as a stepping stone to the Red Planet.

However, NASA administrator Jim Bridenstine was quick to diplomatically advise lawmakers about the rationale in NASA’s current plans for the Moon as the near-term focus, plans which tie in both international and commercial cooperation.

“NASA seeks to expand the sphere of economic activity deeper into space by conducting space exploration and development with commercial and international partners. Without the dynamic participation of commercial partners, our chances of creating a sustainable exploration program are significantly diminished,” noted the Administrator in reaction to the NASA authorization bill introduced in the House last month.

Having a comprehensive @NASA authorization is in the long-term interest of our nation. My thoughts on the House bill: https://t.co/cEW6vtmndM pic.twitter.com/QSmAniapdl

“In particular, we are concerned that the bill’s approach to developing a human lander system as fully government-owned and directed would be ineffective. The approach established by the bill would inhibit our ability to develop a flexible architecture that takes advantage of the full array of national capabilities – government and private sector – to accomplish national goals.”

While some of the direction may be politically motivated, there has always been a “Mars Direct” motivation in some of the halls of power. This was seen during the previous NASA administration when former NASA leader Charlie Bolden called for Mars to be the sole focus of NASA’s exploration strategy and strongly opposed a return to the Moon.

“We need to try and get all of us on to the same sheet of music in terms of the roadmap,” noted General Bolden in 2013. “(If we) have someone in the next administration who could take us back to a human lunar mission, it’s all over, we will go back to square one.

However, General Bolden’s concerns largely related to costs, with a resurrection of the Altair Lunar Lander cited as costing several billion dollars. 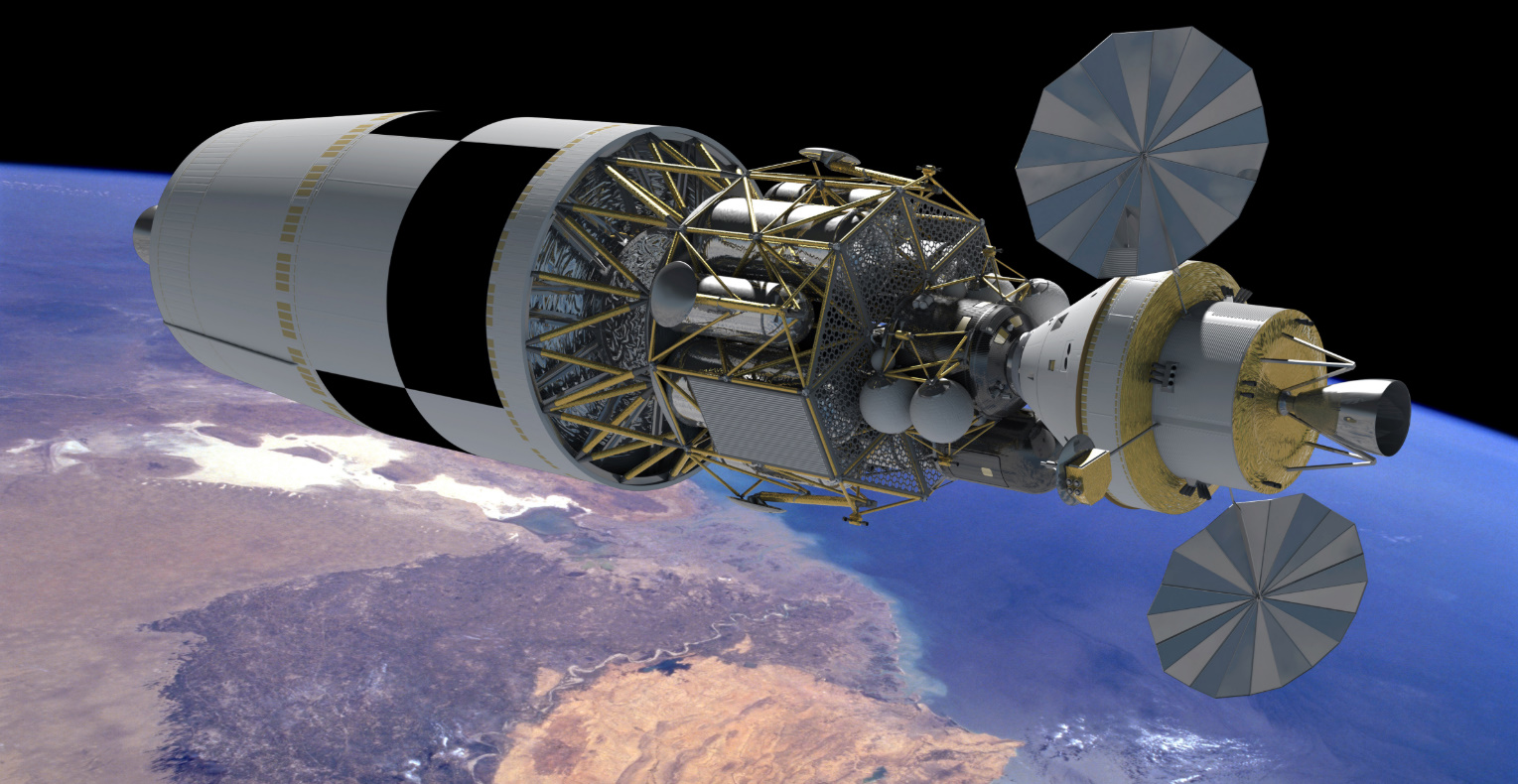 NASA’s latest Moon plans leverage heavily on commercial companies providing options for both robotic and human landing systems at a fraction of the cost of Altair. This facilitates the Moon to be a financially viable stepping stone to Mars while providing vital lessons to aid the goal of human missions to the surface of the Red Planet.

“NASA is fully committed to a lunar exploration program that supports and enables human missions to Mars. The Committee should be aware that the exploration of Mars is a very challenging goal both technically and from a resource perspective. If we are going to accomplish this goal, we will need the flexibility to rapidly develop technical expertise using the Moon and to fully engage commercial and international partners,” added Mr. Bridenstine.

“We do think that the bill’s concerns for limiting activities on the Moon could be counterproductive. If we are going to explore Mars in a safe and sustainable way, we will require a strong in situ resource utilization capability and significant technology development using the surface of the Moon. NASA would appreciate more flexibility in defining lunar surface activities that may contribute directly to Mars exploration.”