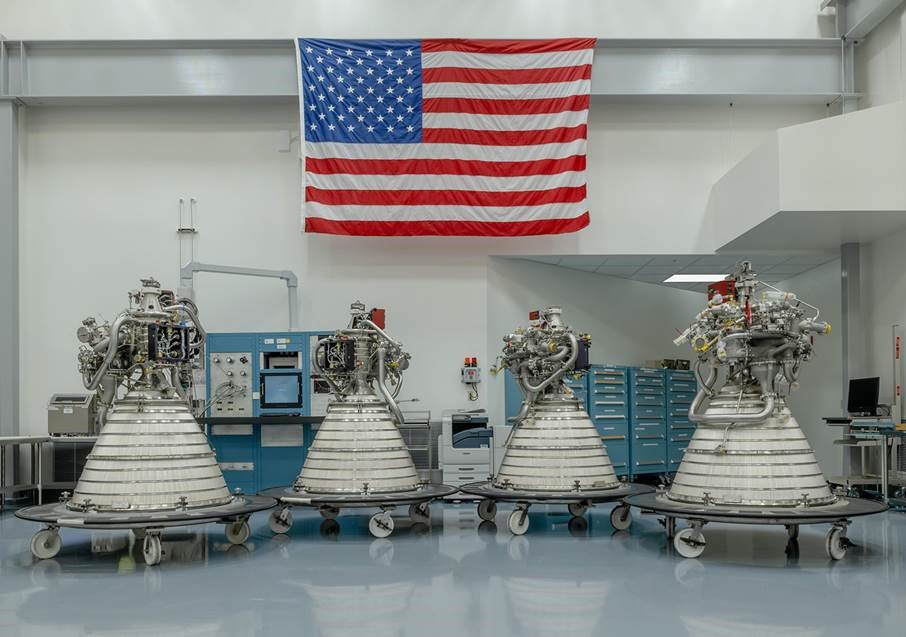 The Stennis Space Center is currently the focal point of the milestones toward the debut launch of the Space Launch System (SLS), with the Artemis-1 Core Stage currently undergoing Green Run testing on the B-2 Test Stand and the arrival of the first set of RL10 engines that will power the rocket’s Upper Stage from Artemis-2, onwards.

Four of the engines were recently delivered, according to contractor Aerojet Rocketdyne in an update on February 3. They are set to power the Interim Cryogenic Propulsion Stage (ICPS) upper stage of the Block 1 SLS, which is currently expected to be involved with the first three Artemis missions.

It was first tested on the ground in 1959 and debuted on a launch in 1962 in the dual engine RL10A-3 configuration. 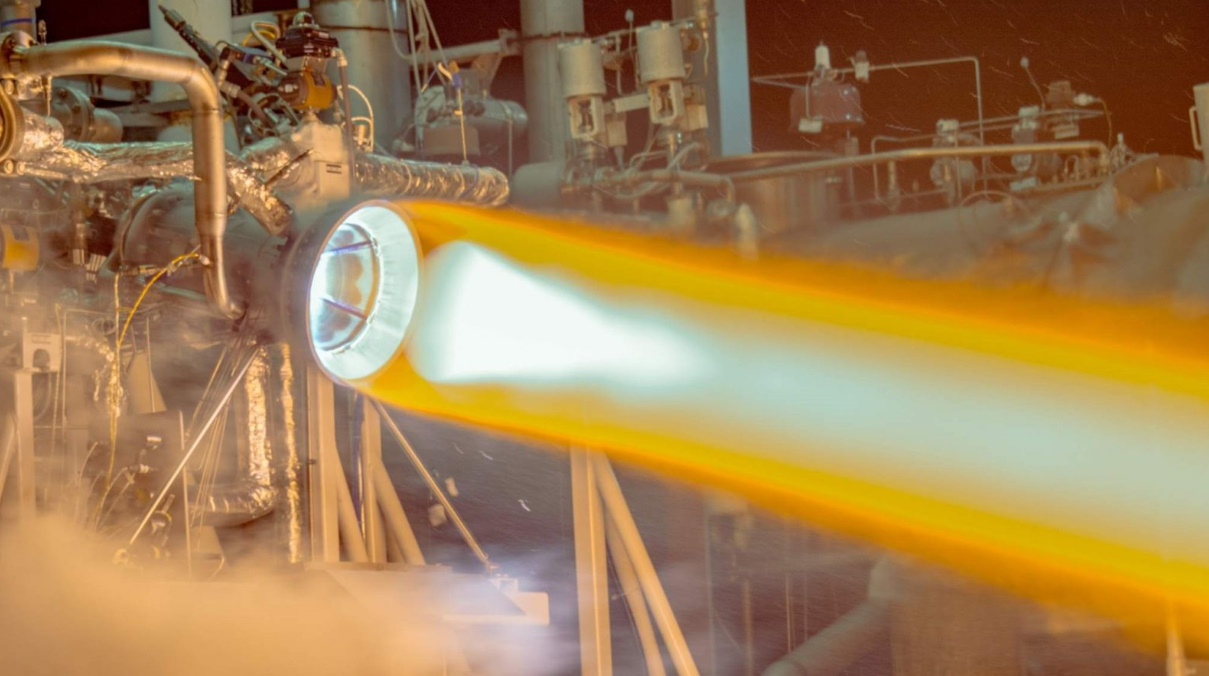 The RL-10 during a test firing – credit Aerojet Rocketdyne

“The RL10’s we just delivered to NASA will power the SLS upper stage on missions that safely launch our astronauts to explore deep space destinations.”

Although the ICPS was always destined to be replaced early into SLS’s lifetime, the RL10s will continue to play a role in groups of four on the SLS Block 1B’s Exploration Upper Stage (EUS).

With design changes and funding alternations to the EUS, the manifest for SLS pushed the first flight of the new Upper Stage from the second SLS launch to the fourth, behind the first Orion crew mission and launch of the Europa Clipper planetary probe.

However, this has allowed Aerojet Rocketdyne to work through engine qualification testing for EUS and all other engineering activities, including providing NASA with the information necessary for the agency to human rate the RL10 engines. Qualification of the engines for ICPS will be completed this year.

Aerojet Rocketdyne is under contract to deliver 10 RL10 engines to NASA to support the Artemis program. One RL10 has already been allocated and installed into the ICPS that will be used on the Artemis-1 mission. 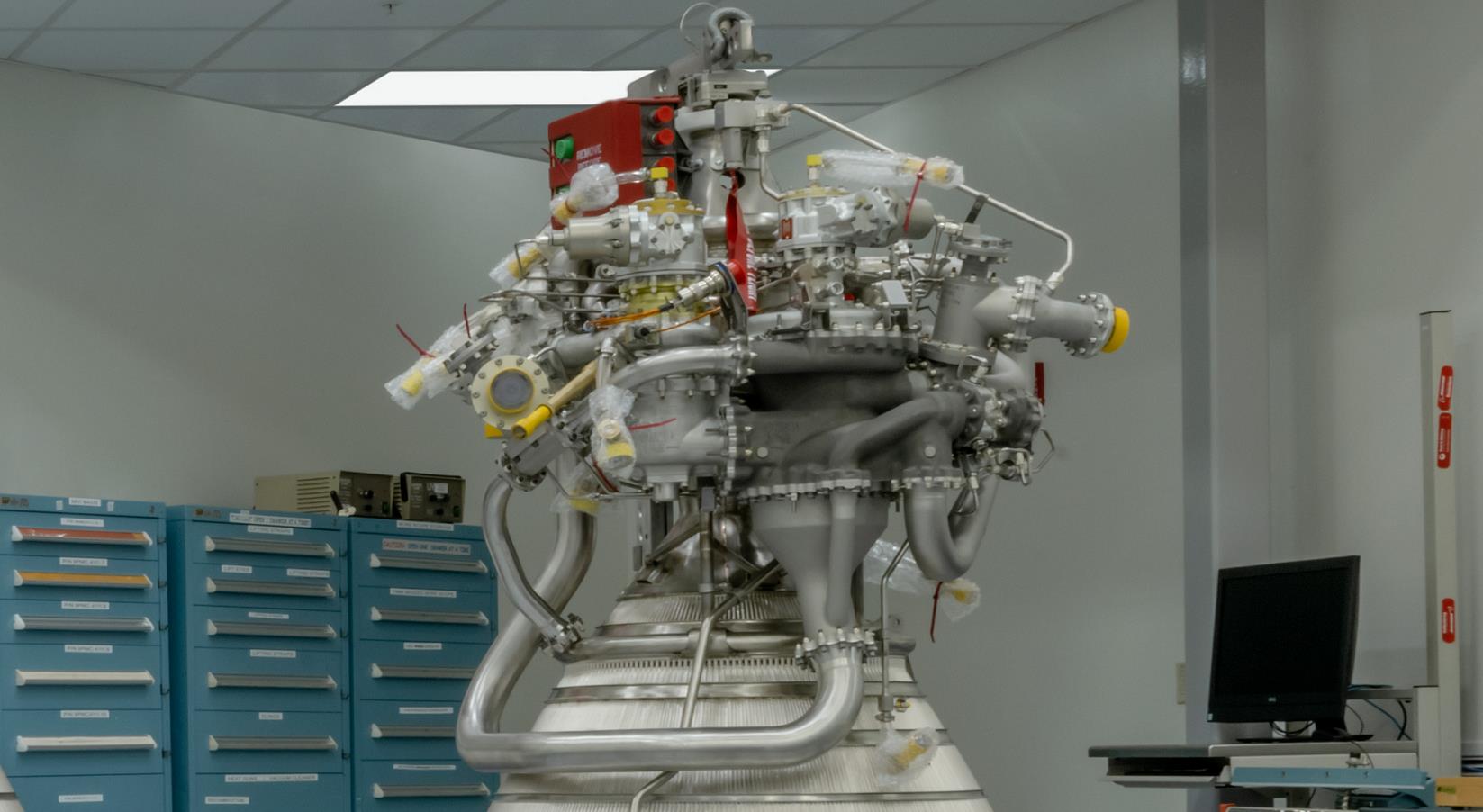 One of the four engines that were recently delivered will be used to support the Artemis II mission that will use the ICPS upper stage, while the other three are slated to support future Artemis missions aboard the EUS.

The delivery of the remaining six engines will be completed by 2021. 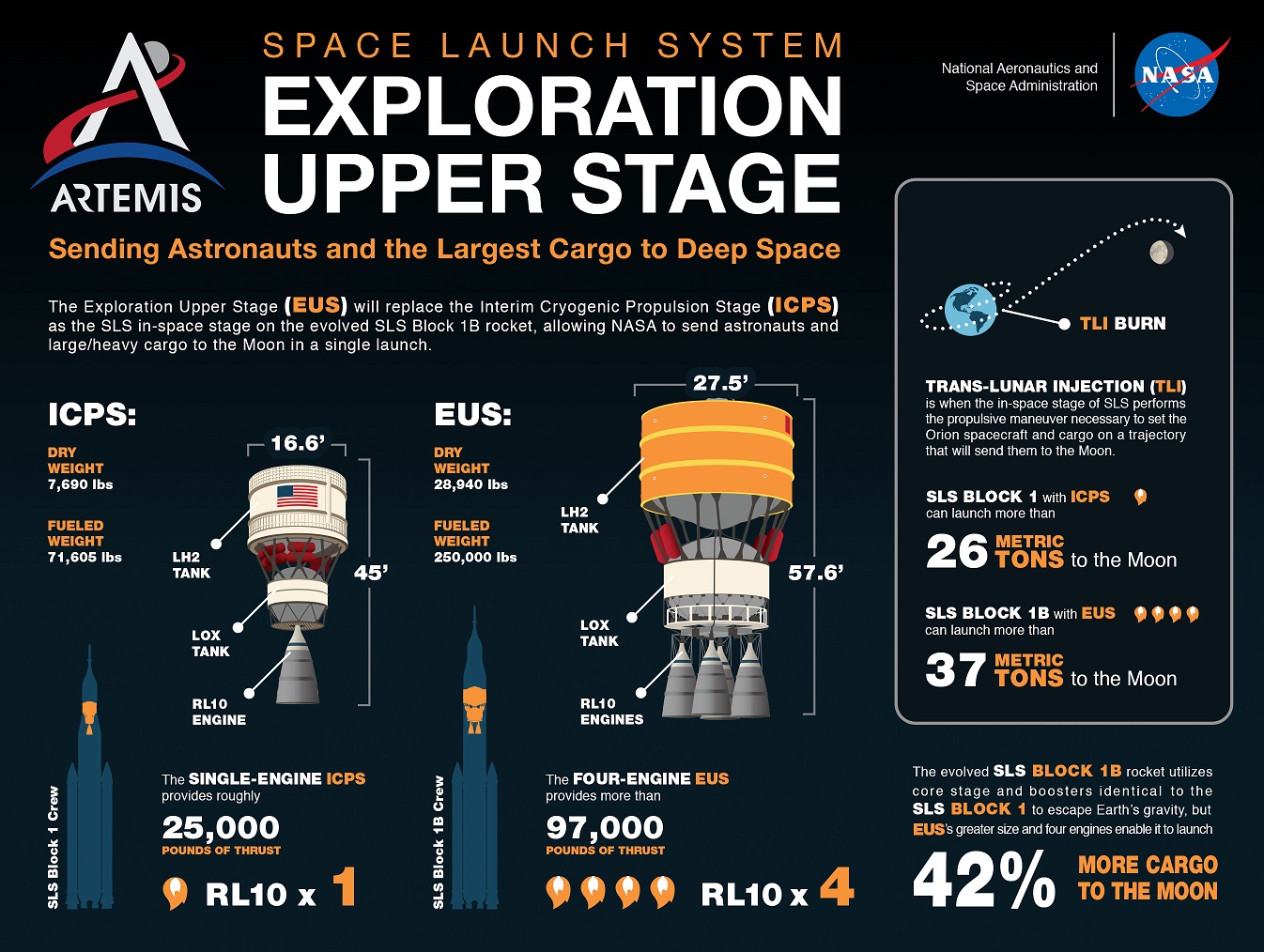 (Photo Caption: A recently released NASA infographic provides a couple of the updated measurables for the redesigned EUS. After resizing the stage’s propellant tanks and other elements, the stage is less than a foot shorter and approximately a ton lighter when dry.)

This, in turn, increases the amount of payload that can be carried to lunar orbit; up to 40 metric tons compared to the 26 metric ton capability provided by the SLS Block 1 configuration. It also provides the option for ‘co-manifested’ payloads such as large components for NASA’s Gateway orbiting lunar outpost, landers, or surface systems.

Aerojet Rocketdyne is also involved with the four RS-25 engines that are currently waiting to fire up with the Artemis-1 SLS Core Stage, following its installation into the B-2 Test Stand at Stennis.

Months of testing is being conducted ahead of the full duration static fire test later this year, although the “Green Run” milestones are already being ticked off.

The first test in the Green Run series of the Artemis I @NASA_SLS Core Stage COMPLETE @NASAStennis. Data from this modal testing will be used to verify critical flight control parameters and structural models. More: https://t.co/yTfRC4D7mq

This included the recent confirmation that Modal Testing was completed with the Core Stage, which is used to measure the standalone structural frequency response of the Core Stage.

The launch of the Artemis-1 mission is currently attempting to keep to a schedule that will see it launch in Spring, 2021. Although it is becoming increasingly likely this launch date will settle for sometime in the Summer of that year.