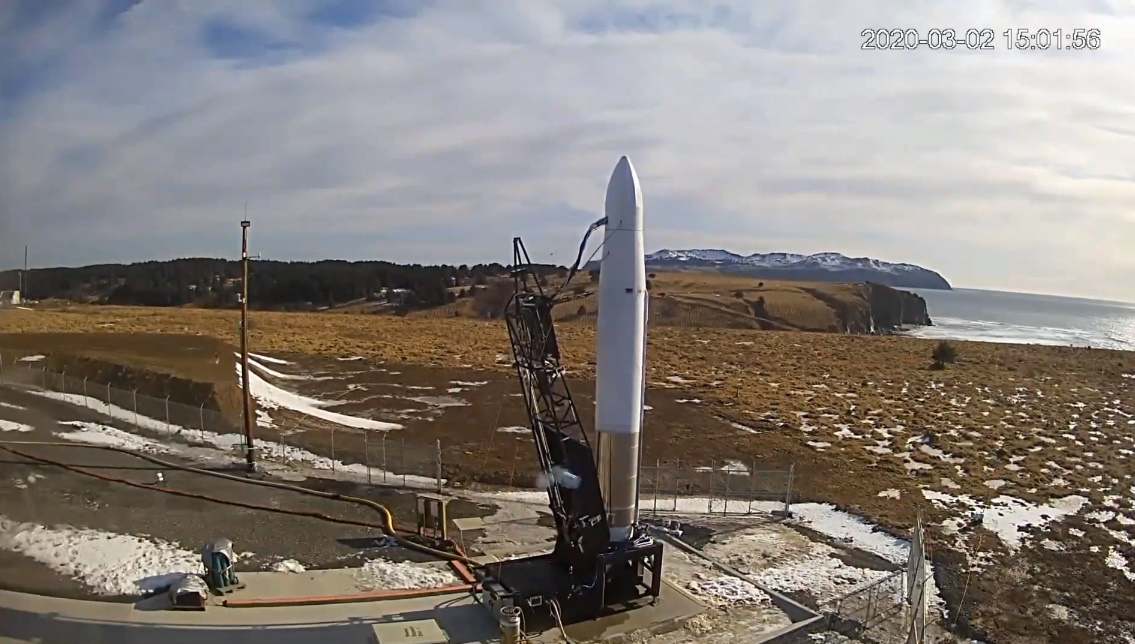 Astra and the Defense Advanced Research Projects Agency (DARPA) are still readying for the first launch in a dual-mission “launch challenge”. Astra, the launch contractor, is currently conducting final preparations ahead of the launch of their Rocket 3.0 vehicle, nicknamed “1 of 3”. Both missions will launch from the Pacific Spaceport Complex – Alaska (PSCA) in Kodiak, Alaska. The first of the launch duo was scrubbed on Monday, the final opportunity of the current window payment milestone window.

Astra and the DARPA launch challenge

The launch will be the third for Astra, coming after two launches in July and November 2018. Both launched from the PSCA in Alaska. These were originally believed to be failures. However, Astra stated that the first was successful, and the second was only “shorter than planned”. Neither were designed to reach orbit, as they didn’t have functioning second stages.

The company was known for operating in almost complete secrecy. Very little was known about their rockets, tests, and launch attempts. The only public sighting of an Astra rocket was by a news helicopter in early 2018. Their first rocket, named “Rocket 1.0”, was spotted being readied for a test at the former Naval Air Station Alameda in Alameda, California – just down the street from their factory.

However, Astra recently came out of the shadows, and has released some information about their operations.

Their current rocket, named “Rocket 3.0”, is a two-stage, five-engine, kerosene and liquid oxygen-powered rocket. The pumps of the first stage engines are powered by electric motors, similar to the Rutherford engines on Rocket Lab’s Electron rocket.

The first stage engines – named “Delphin”, after a dolphin-like Greek sea god – are arranged in a pentagon pattern, which differs from other five-engine arrangements. Notably, the five engines on the Saturn V’s first and second stages were arranged in a cross pattern.

Rocket 3.0 was designed with portability in mind – so much so that it can fit inside a standard shipping container for transport. According to Astra, it can lift up to 150kg of payload to a 500km sun-synchronous orbit.

Rocket 3.0 is meant to be simple and easy to produce. Its tanks are made of aluminum, a less-expensive and easier to work with – though heavier – material than the carbon fiber seen on vehicles from Rocket Lab, Firefly, and Vector.

For the initial missions, Astra will launch out of the PSCA in Kodiak, Alaska. From there, they will be able to reach polar and sun-synchronous orbits.

The PSCA is no stranger to launching rockets. Two dozen – three of them to orbit – have lifted off from the facility between 1998 and 2019, including two from Astra. The complex contains two launch pads, though they lack much of the infrastructure needed for Astra’s rockets. This required the company to bring its own launch mount, strongback, and flame deflector.

In addition to Kodiak, Astra plans to activate a second launch site in the Marshall Islands. This will allow them to reach low-inclination orbits. They have also mentioned a possible launch site at the Mid-Atlantic Regional Spaceport (MARS) on Wallops Island in Virginia.

Astra has over a dozen launch contracts signed, but it is unknown when – or wherefrom – they will launch. 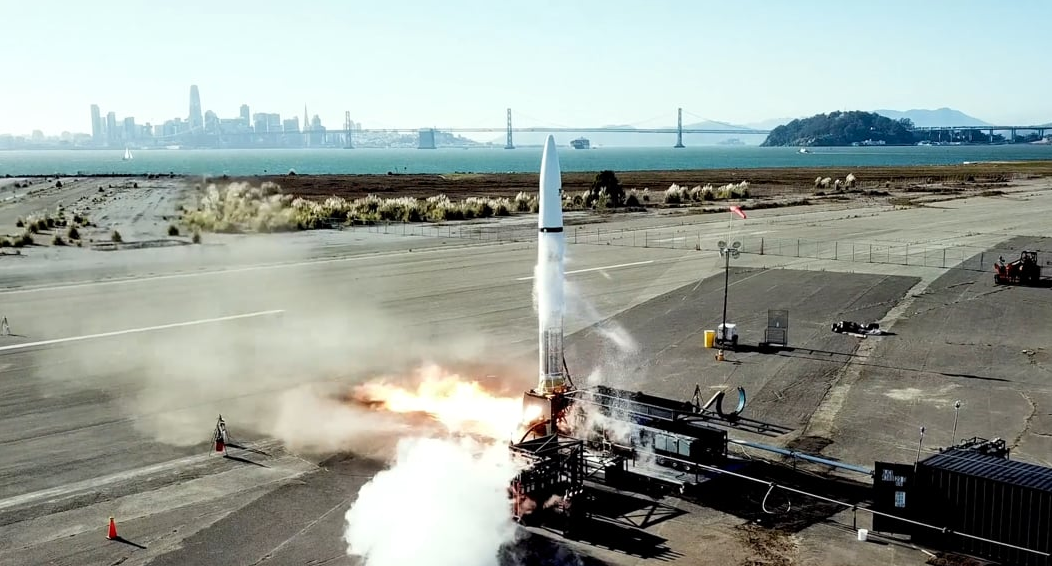 Tuesday’s launch, the first in the challenge, will see “1 of 3” lift four small payloads to a 445km orbit. DARPA has stated that they will accept an orbit as low at 150km as a success.

The list of payloads includes two cubesats from the University of South Florida that will test communications between cubesats, a single Department of Defense-sponsored cubesat called “Prometheus”, and Tiger Innovations’ Space Object Automated Reporting Systems (SOARS) payload – which will remain attached to the second stage.

Astra only learned of the payload manifest on January 22 of this year. As part of the challenge, they will have to integrate the payloads themselves.

The rocket – inside its shipping container – was flown to Alaska onboard a C130 cargo plane on February 18. A semi-truck then carried the rocket to its launch site later that day. 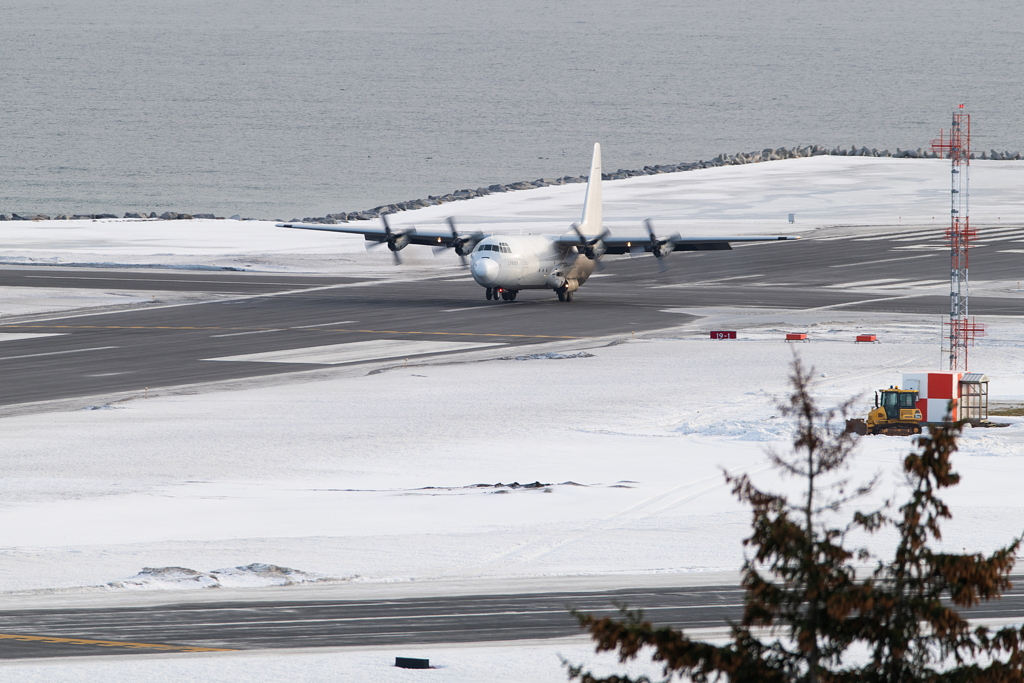 Astra’s “1 of 3” rocket landing at Kodiak Island ahead of launch on February 19. Credit: DARPA.

Payload integration was performed on February 19. The fairing was closed on the 21st, and the rocket rolled out to the launch pad on the 23rd.

Should the first mission be a success and launch on time, Astra will be awarded a $2 million prize. The company will then become eligible for the second part of the challenge.

Because of the change in requirements, Astra will only need to move their equipment a few hundred meters to the second launch pad at PSCA. While this is easier than relocating to a separate launch facility, it will still be a difficult task.

The window for the second launch is sometime in March. Astra – and the general public – will learn of the specific launch window and payload manifest as it grows nearer.

1of3 Arriving in Kodiak pic.twitter.com/J0g39VIdAg

“1 of 3” rolling out to the pad – in its shipping container – on February 21. Note the five Delphin engines on the first stage. Credit: Astra.

If Astra performs a second successful launch within the second window, they will be awarded a $10 million prize.

Astra is the only current competitor of the launch challenge. Previously, Virgin Orbit and Vector Launch were competitors alongside Astra.

Here are a few great shots of Rocket 3.0 on the pad in Kodiak Alaska ahead of the DARPA launch challenge. @Astra's first orbital launch attempt is scheduled for no earlier than Feb. 27 at 3:30 pm Eastern, per DARPA's website.

Vector performed a test flight of a subscale Vector R rocket in 2017. A second launch followed later in the same year.

Virgin Orbit planned to enter their LauncherOne rocket – air-launched from a modified Boeing 747 named Cosmic Girl. To date, Virgin has not attempted any all-up test flights – but performed one drop test from Cosmic Girl in July 2019.

Vector dropped out of the competition in September 2019 after losing major funding the month before. The company has since filed for bankruptcy. Virgin Orbit later dropped out in October 2019 to focus on bringing their LauncherOne rocket into operation.