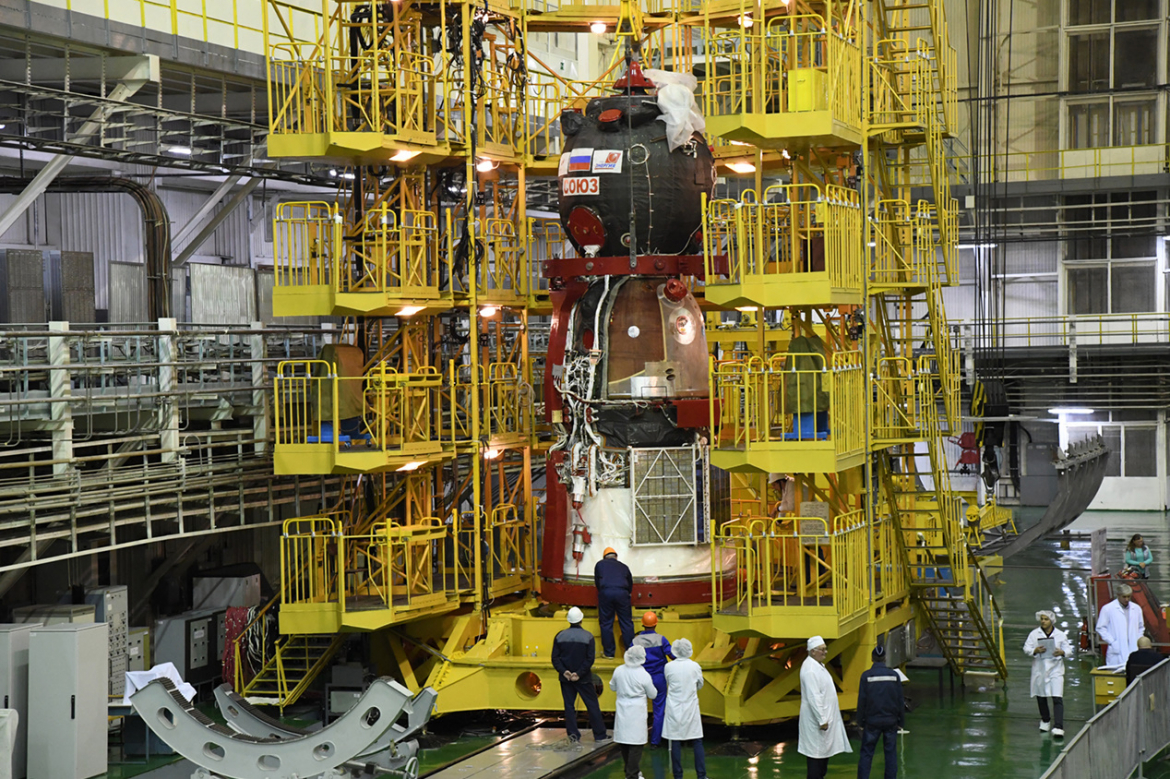 Preparations are underway at the Baikonur Cosmodrome, Star City, and at NASA’s Johnson Space Center for the Soyuz MS-16 mission to the International Space Station (ISS). This comes after the recent announcement that the Prime Crew of Soyuz MS-16 which included Russian Cosmonauts Nikolai Tikhonov (Commander), Andrei Babkin (Flight Engineer 1), and NASA Astronaut Christopher Cassidy (Flight Engineer 2) would have to be broken up. This was due to an eye injury suffered by Nikolai Tikhonov.

Roscosmos said that they would instead replace Tikhonov and Babkin with Anatoli Ivanishin and Ivan Vagner in the Commander and Flight Engineer 1 roles respectively. Cassidy will remain in the Flight Engineer 2 position for MS-16.

This is not the first time Tikhonov has been dropped from a flight, he was dropped from Soyuz MS-04 and Soyuz MS-10 prior to this recent development. Roscosmos hopes to be able to fly Tikhonov on Soyuz MS-17 in order to keep both Tikhonov and Babkin together as a crew because both have trained together for Soyuz MS-16 when they were part of the prime crew. Soyuz MS-17 is currently scheduled for October.

The idea of keeping Tikhonov and Babkin together as a crew for training reasons is not new. 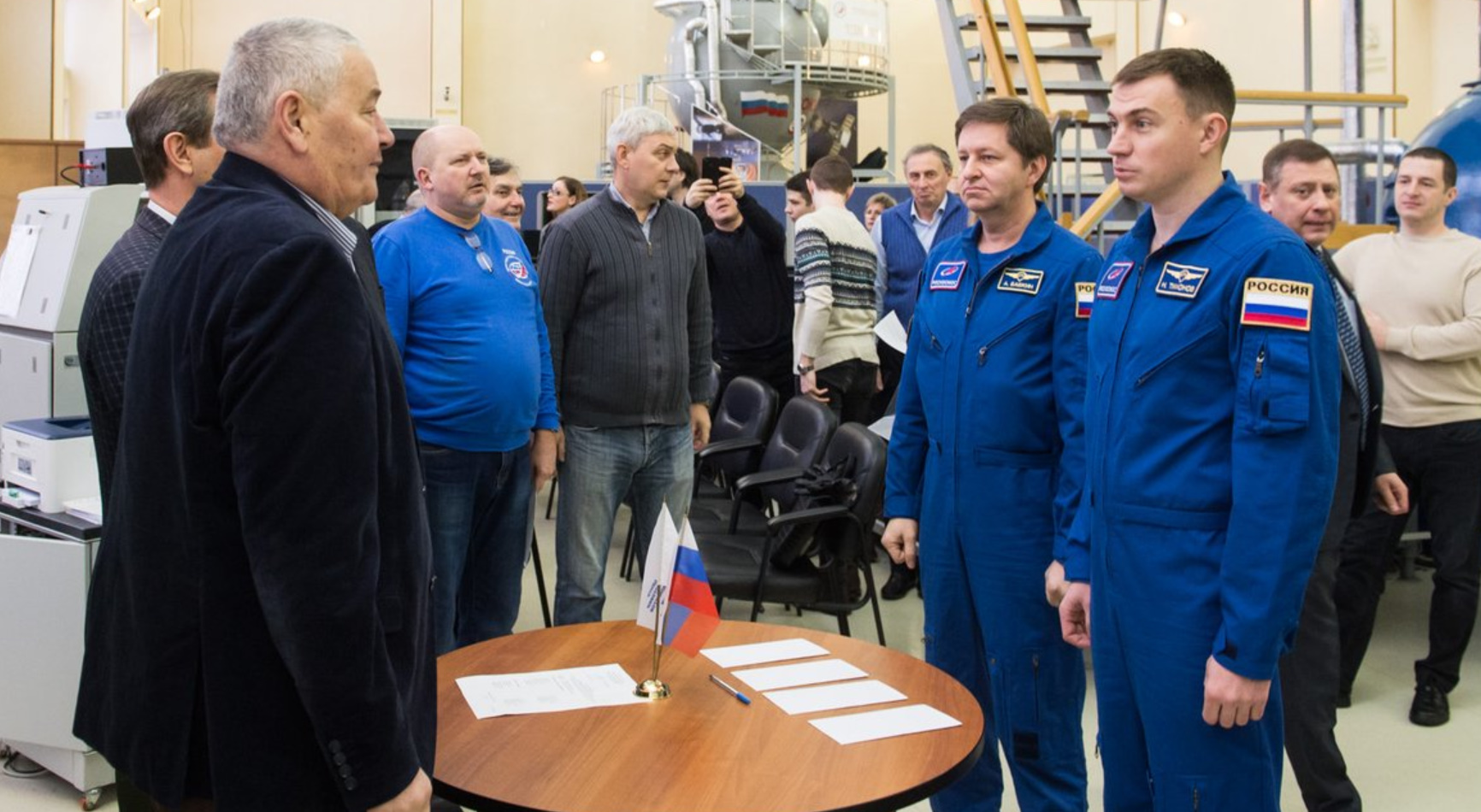 After the Soyuz MS-10 launch abort in October of 2018, Roscosmos and NASA kept Nick Hague and Alexey Ovchinin together to expedite the training process for Soyuz MS-12. Christina Koch, who landed on Soyuz MS-13 in February, launched with Hague and Ovchinin on Soyuz MS-12 in the spring of 2019.

Soyuz MS-16 will be Christopher Cassidy’s third mission to space and his second on a Soyuz. Cassidy previously flew on STS-127 and Soyuz TMA-08M. Between 2015 and 2017 he was the Chief of the Astronaut Office. This will also be Anatoli Ivanishin’s third spaceflight. Ivanishin previously flew on Soyuz TMA-22 (the last flight of the TMA variant) and Soyuz MS-01. MS-16 is Ivan Vagner’s first mission to space.

Once Soyuz MS-15 departs the ISS, Expedition 63 will begin. During the Expedition, Doug Hurley and Bob Behnken are scheduled to launch on the first crewed SpaceX Crew Dragon flight called Demo-2 (DM-2) in early May to ISS.

Unlike Tikhonov and Babkin, Ivanishin and Vagner will not fly to NASA’s Johnson Space Center in Houston for additional ISS training. This makes the additional training for Hurley and Behnken’s extended stay on the ISS even more essential since Cassidy will be the sole American on the ISS after the departure of Soyuz MS-15 and until the arrival of Demo-2.

The Soyuz MS-16 launch will be the first crewed Soyuz mission using the Soyuz 2.1a rocket. The Soyuz 2.1a is a substantial upgrade over the former Soyuz-FG rocket which launched for the final time in Sept 25, 2019. That mission, Soyuz MS-15 consisted of Russian Cosmonaut Oleg Skripochka, NASA Astronaut Jessica Meir, and the first Astronaut from the United Arab Emirates, Hazza Al Mansouri.

During that flight, Soyuz MS-14 failed on its first docking attempt to the Poisk module, which was due to a faulty signal amplifier on Poisk. This forced Soyuz MS-13 to relocate to from the aft port on Zvezda and Aleksandr Skvortsov manually docked Soyuz MS-13 to Poisk so that Soyuz MS-14 could dock to Zvezda. This was the first Soyuz relocation on the ISS since Soyuz TMA-16M in 2015.

This new type of rocket replaces the analog flight control system (standard on the Soyuz-FG and former Soyuz-U) with a digital one. The Soyuz-2 also gives the Soyuz rocket the ability to roll to the proper launch azimuth, which eliminates the need for the launch gantry to turn to the proper azimuth before launch. 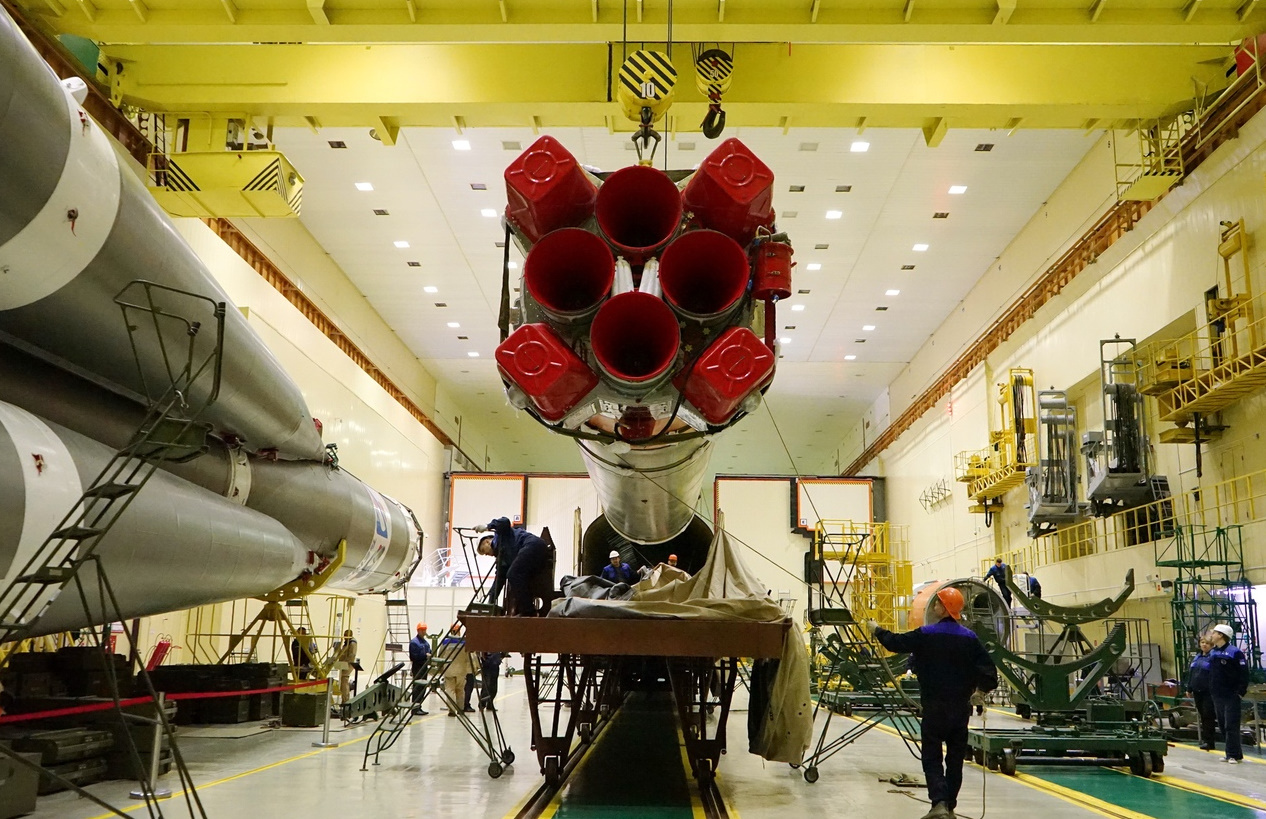 Unlike recent Soyuz crew missions, the crew will not launch from the historic Site 1/5, which is also known as “Gagarin’s Start.” Instead, the Soyuz MS-16 mission will launch from Site 31/6 like other past Soyuz missions to the ISS. These include Soyuz TMA-06M, Soyuz TMA-15M, and Soyuz MS-02. Site 31/6, although newer than Site 1/5, had its first launch in 1961 and has launched different R-7 variants including the Vosktok, Voskhod, Soyuz-U, Soyuz-FG, Molniya, and now the Soyuz 2.1 and 2.1b.

For the enforceable future, Site 1/5 will not launch crew. Instead, an $84 million renovation of the pad will commence this year and will continue until 2023. The renovation will allow the site to launch the future Soyuz-2M rocket, which is a cheaper variant of the Soyuz 2.1b.

Site 1/5 is the last Soyuz pad that Roscosmos maintains that only launch the now-retired Soyuz-FG rocket, all other pads at Plesetsk and Vostochny Cosmodromes launch the Soyuz-2 series. Plesetsk is the only Cosmodrome that launches the Soyuz 2.1v.

A Soyuz 2.1a rocket consists of four strap on boosters as the first stage, one core booster as the second stage, and then a smaller stage on top of the second stage which is the third stage. Finally, at the top is the Soyuz spacecraft itself. All of these different segments of the rocket arrived separately.

The Soyuz spacecraft itself arrived at the Baikonur Cosmodrome in November of 2019. However, the spacecraft remained in storage until Jan 28 when it was moved to the Assembly and Testing building. There it was installed inside a vertical stand, where it is undergoing leak tests, navigation tests, and other tests that need to be done prior to integration and rollout. The serial number for the specific Soyuz spacecraft that is going to be flown on MS-16 is No. 745. 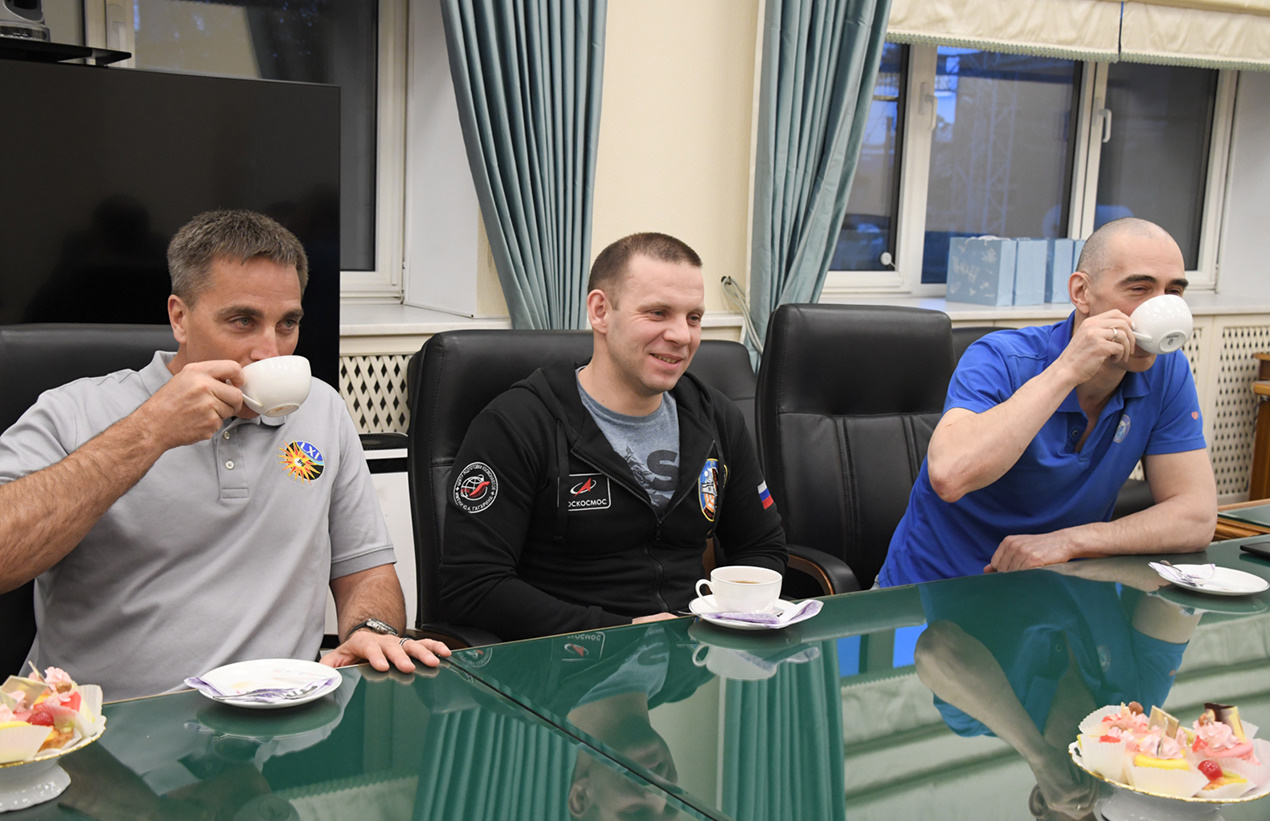 With the rapidly spreading Coronavirus or COVID-19, there may be impacts on the crew and pre-launch preparations at the Baikonur Cosmodrome for Soyuz MS-16. Some of these impacts may be an extension on the planned quarantine before launch day, which is due to the fact that COVID-19 has an incubation period of around 14 days.

If all goes to plan, Anatoli Ivanishin, Ivan Vagner, and Christopher Cassidy will launch to the ISS on April 9.