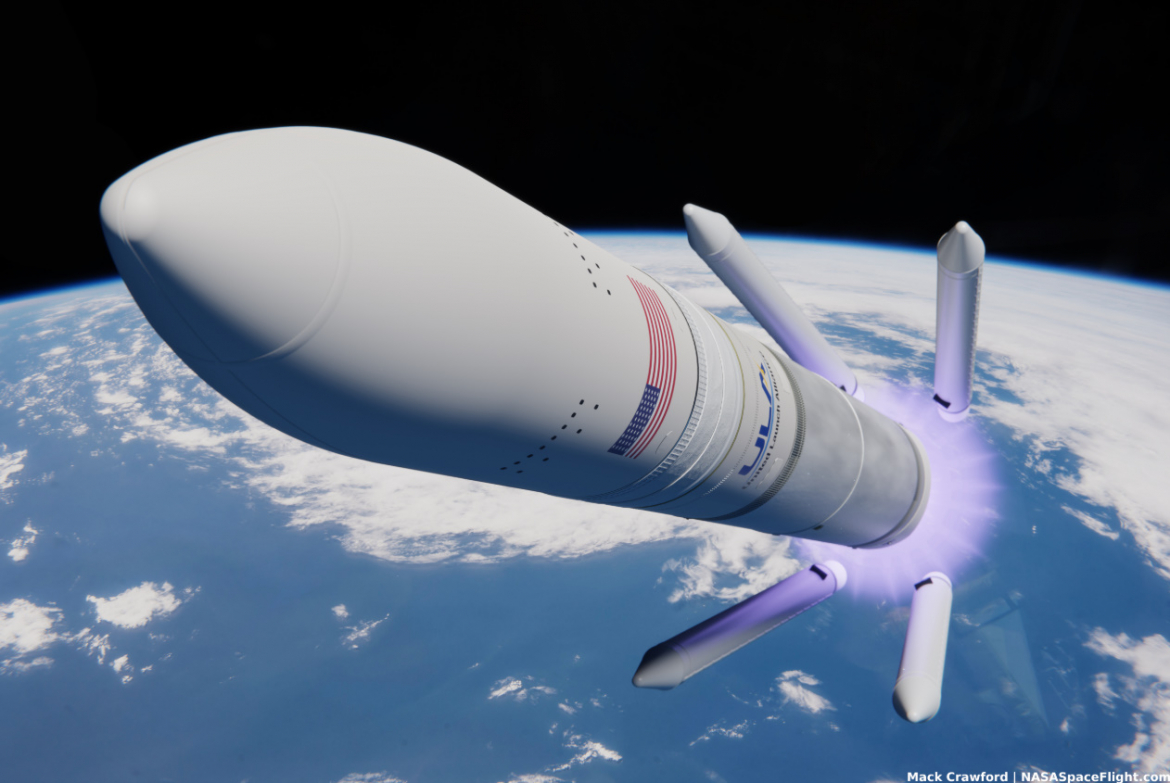 Speaking to media at the Satellite 2020 conference in Washington, DC, CEO Tory Bruno previewed the end of United Launch Alliance’s current Atlas and Delta launch vehicles in favor of the new Vulcan rocket. While preparations are underway to launch the first mission for the United States Space Force, ULA is preparing for the next generation of national security missions and beyond.

The Advanced Extremely High Frequency (AEHF) 6 mission, recently delayed to replace a valve on the Atlas V rocket, will be the first American military payload to launch to orbit since the Space Force became an independent service at the end of 2019. The United States Air Force procured the launch services under Phase 1 of the Evolved Expendable Launch Vehicle (EELV) program, which sold “blocks” of launch contracts to ULA as the sole American launch provider.

With the emergence of SpaceX as an alternative launch provider, American Department of Defense launches are now being procured under Phase 1A of the renamed National Security Space Launch (NSSL) program, in a competitive bid process. Since Phase 1A began in April 2016, fourteen national security launch contracts have been awarded as part of the program. Five of them, including two AFSPC missions, two SBIRS GEO launches, and the NRO Silent Barker mission, have been awarded to ULA. The nine other missions went to SpaceX, including five GPS-III missions, two AFSPC missions, and two NRO launches. 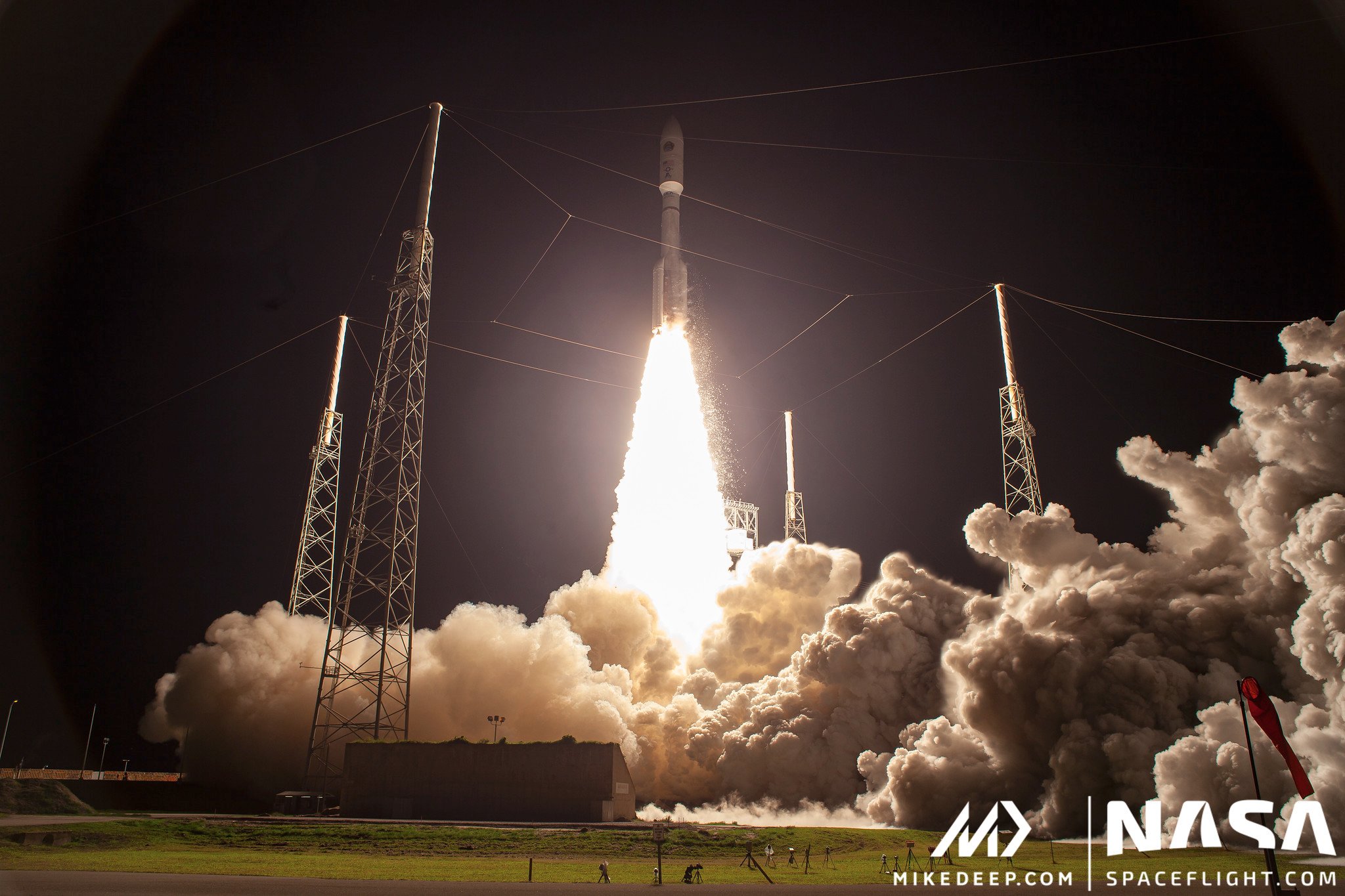 Over that same time period, ten other missions for the US government have been awarded to the two launch providers. Four NASA missions were awarded to ULA, and six to SpaceX.

This includes the recent award of the Psyche mission launch contract, where the ULA Atlas V lost to SpaceX’s Falcon Heavy. “You win some, you lose some,” said Bruno.

Both of the currently active ULA launch vehicles are beginning to phase out, to be replaced by Vulcan. Just five Delta IV Heavy launches remain on the manifest, all NRO launches procured under the block buy Phase 1 methodology. Bruno expects the final Delta launch to occur in 2023 or 2024.

The workhorse of the ULA fleet, Atlas V, is expected to retire on a similar timeframe. Bruno says the launcher could be “done as early as 2022, or as late as 2024.”

Atlas V will have to continue operations until its replacement, Vulcan, can be human-rated to launch the Boeing Starliner spacecraft. After the anomalous Orbital Flight Test in 2019, NASA is considering a second uncrewed test flight prior to a crewed mission. Bruno says the Atlas V rocket originally built for the Crew Flight Test can support either a crewed or uncrewed Starliner mission, whichever is needed next. 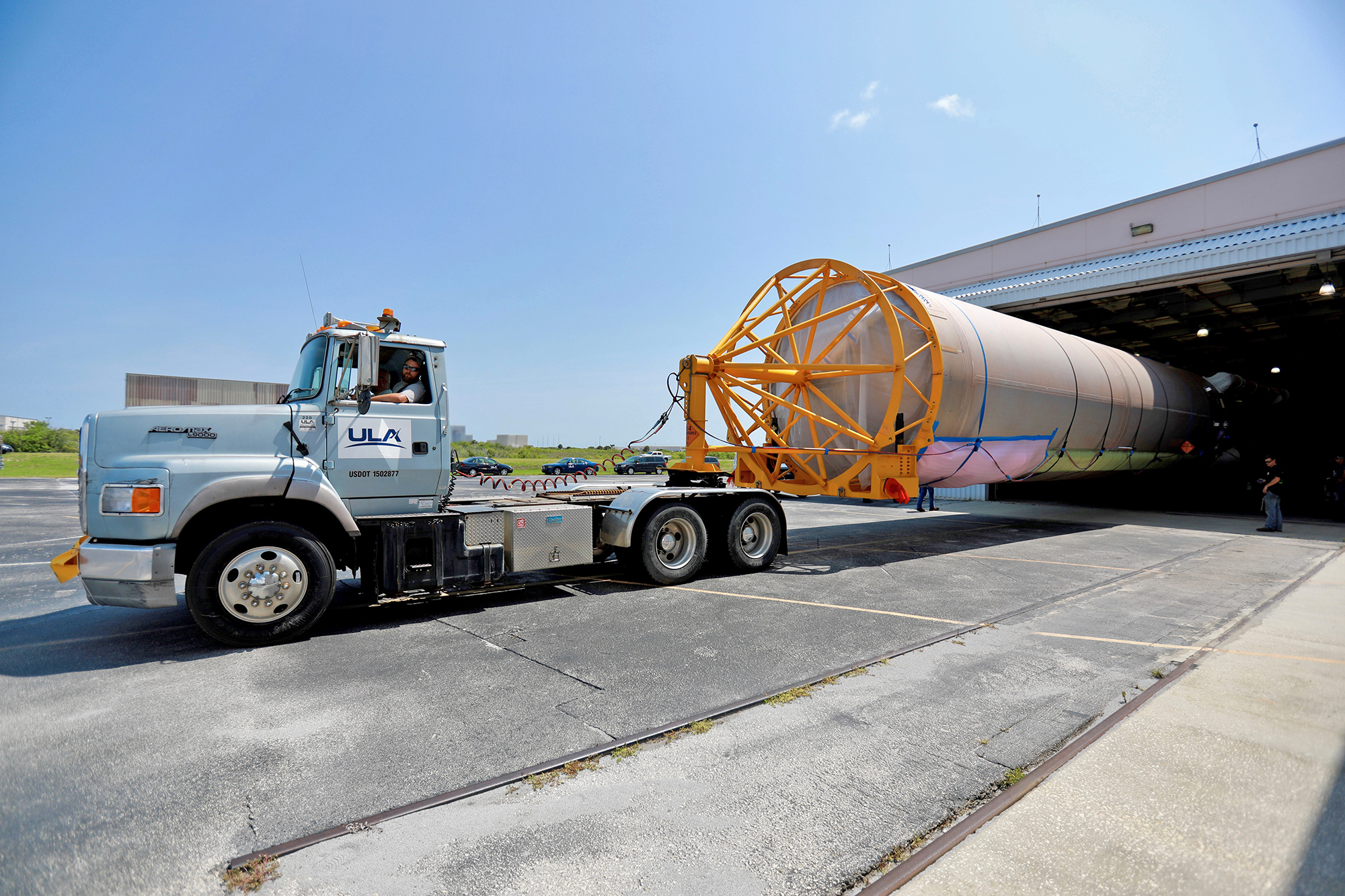 While the Atlas V rocket will be replaced by Vulcan in the next few years, a piece of the launcher will live on: the Centaur upper stage.

Currently, the Centaur III stage completes the launch profile of all Atlas V launches. The baseline configuration includes a single Aerojet Rocketdyne RL-10 engine on this stage. For Starliner missions, in order to limit g-forces in the event of an abort, a Dual-Engine Centaur is used. While this stage is available on request from any ULA customer, Bruno says there has been no interest from any customers other than the Boeing Starliner program.

Currently, Centaur III uses hydrazine to power its attitude control thrusters, which requires a separate propulsion system from the liquid hydrogen and liquid oxygen system for the RL-10 engine. However, Bruno says the ULA is studying the opportunity to use thrusters powered by hydrogen and oxygen in order to eliminate the second propulsion system. This would also allow a more complete and efficient use of the stage’s energy, leaving less unused residual propellant on board. According to Bruno, Centaur V is currently planned to include this new thruster system in its baseline configuration.

The first flight of Vulcan Centaur is on track for early 2021, with the first flight vehicle under construction, and more vehicles in flow, in ULA’s factory in Decatur, Alabama. Vulcan’s debut launch will carry the Astrobotic Peregrine lander to the moon for NASA’s Commercial Lunar Payload Services (CLPS) program. A second launch is currently planned for later that year, which will satisfy the Air Force certification requirement for Vulcan to launch military missions. 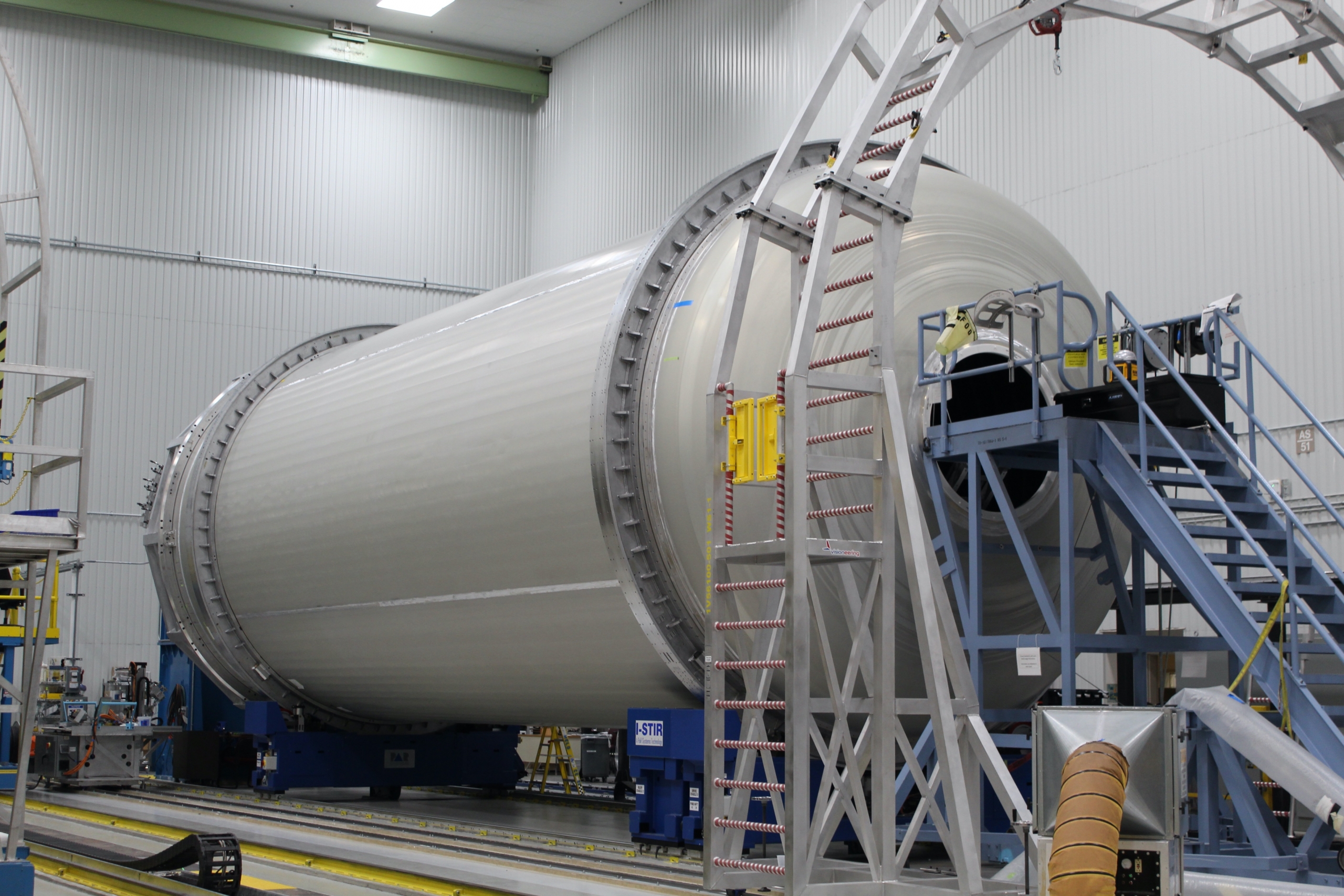 The first stage Liquid Oxygen tank for the first flight of Vulcan at ULA’s Decatur, Alabama factory – via Tory Bruno

After 2021, ULA plans to ramp up Vulcan’s launch cadence. By 2023 or 2024, Bruno predicts the launch cadence of Vulcan will reach similar levels to that of Atlas V today.

When Vulcan lifts off, its first stage will be powered by the BE-4 engine. BE-4 is under development by Blue Origin for its own New Glenn rocket as well as Vulcan. Bruno says that when the engines are delivered to ULA, they are fully built and fully tested, with only minimal work required to integrate the engines into the Vulcan rocket. 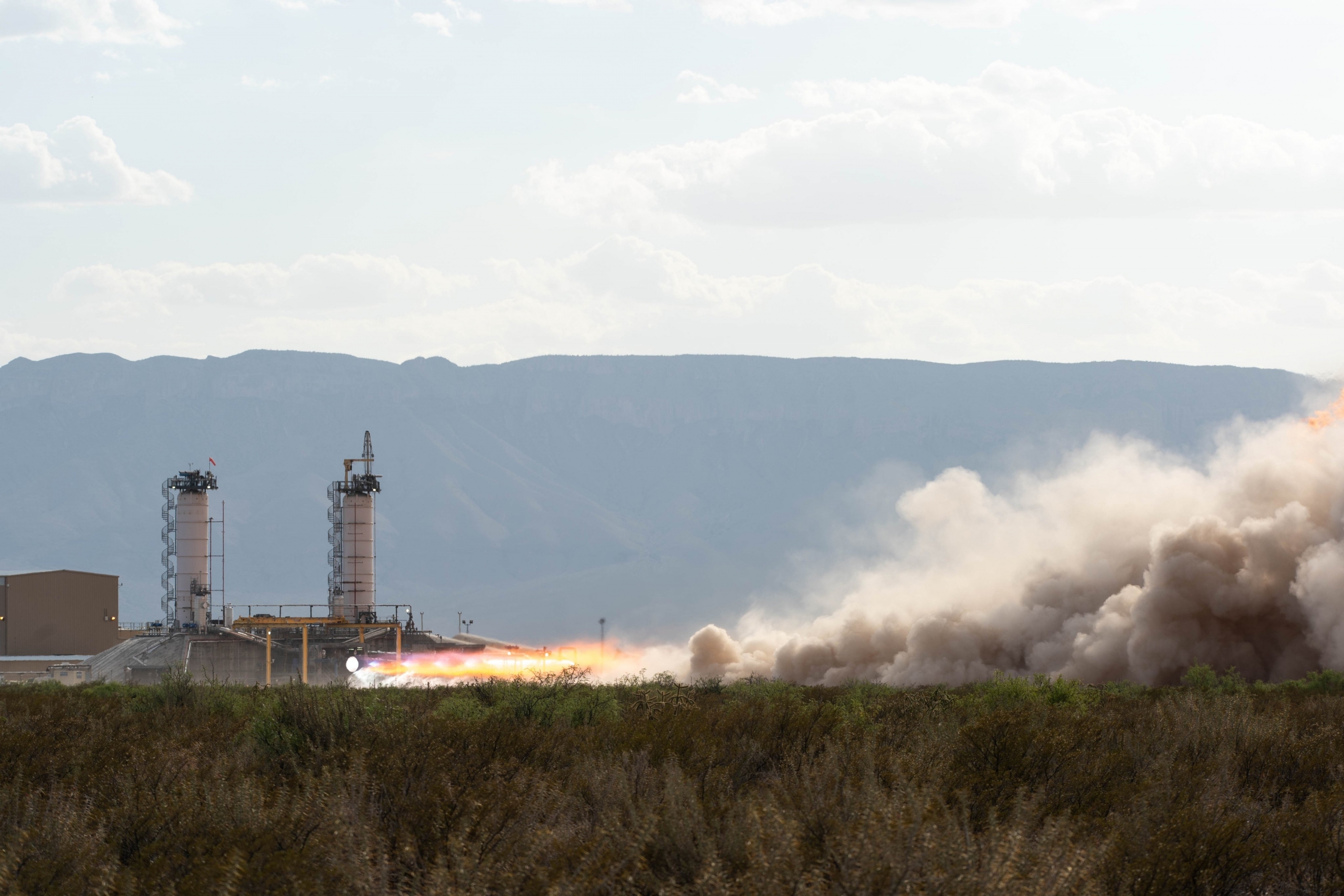 There is a contrast between the first stage engine requirements for Vulcan and New Glenn. The New Glenn first stage will propulsively land after launch for reuse. This means the engine must restart in-flight. Vulcan’s first stage will, at least initially, be expendable, potentially evolving towards recovery of the engines with SMART reuse. Even then, the engines will not require restart capability to be recovered. As a result of these two different applications of the engine, Bruno says ULA and Blue Origin are investigating the possibility of partitioning BE-4 into restartable and non-restartable configurations.

Other than the BE-4 engine, ULA and Blue Origin also have something else in common: competing for NSSL Phase II awards. Vulcan Centaur is competing with New Glenn, as well as Northrop Grumman’s OmegA and SpaceX’s Falcon 9 and Falcon Heavy rockets, to earn the chance to bid on future Department of Defense launch contracts. Two launch providers will be selected to be eligible.

As part of their NSSL Phase II bid, Bruno says that ULA provided the Air Force a “catalog” of vehicle configurations and customizations. With ULA communicating the performance of the multiple configurations of Vulcan, and the costs of those different vehicles, the Air Force knows the potential price of any given launch. The Air Force also identified a list of special options that may apply to certain missions, to which ULA was able to respond with the extra costs those requirements would accrue.

While SpaceX is proposing potential upgrades as part of NSSL Phase II, the Falcon 9 and Falcon Heavy rockets have already flown and been awarded national security launch contracts. All of the other Phase II bids, including Vulcan, are future rockets that have not yet flown. 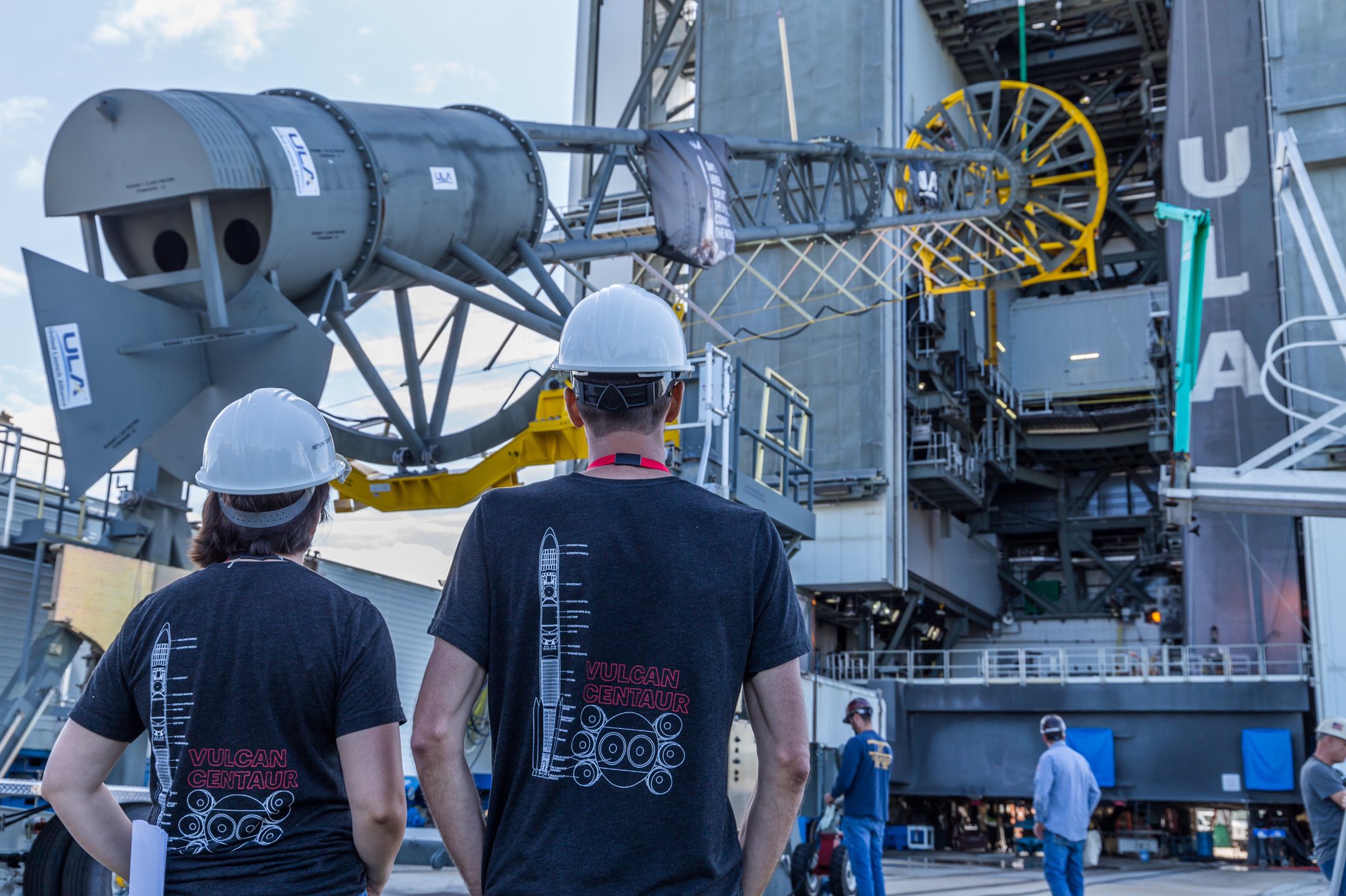 According to Bruno, ULA is expecting to win a Phase II award. “We have a business plan. If we lose, we’d have to revisit that.”

That business plan goes on beyond NSSL Phase II. One capability that was not requested for Phase II was in-orbit refueling, a technology that ULA once planned to pursue with its Advanced Cryogenic Evolved Stage (ACES). Bruno says that in-orbit refueling remains on the table for future development, but that Vulcan’s initial Centaur V stage does not have the “extreme duration” needed to operate for weeks on end.

The first Request for Information for Phase III of NSSL has already been released, and has indicated to ULA the kinds of new capabilities which may be requested. These capabilities are based on the anticipated abilities of the United States’ adversaries in the near future, and could possibly offer a demand for vehicles like ACES.

Bruno also offered his thoughts on the future of the satellite constellation market, and the role of microlaunchers in that market, saying that he expects “two or three microlaunchers in the market, not 150.” While small launchers have a role in replenishment or replacement of satellites in constellations, Bruno does not believe those rockets are suited for initial deployment, due to the sheer number of small satellites that can be launched on a single large rocket.

For larger payloads, Vulcan will also offer the capability to launch as many as three or four identically sized primary payloads on a single launch. Bruno sees this as a change from the common thinking about launch rideshares like the upcoming AEHF-6 launch, which will see a single primary payload and much smaller secondary payloads. Vulcan’s multi-launch offering is similar to the capabilities of Arianespace’s Ariane 5 and Ariane 6 vehicles, as well as New Glenn.

As Vulcan’s development and the NSSL program continue, the capabilities required of national security launchers are evolving. As the awards for Phase II approach and the Department of Defense’s focus on space increases, Bruno stressed that ULA will “deliver whatever they need.”