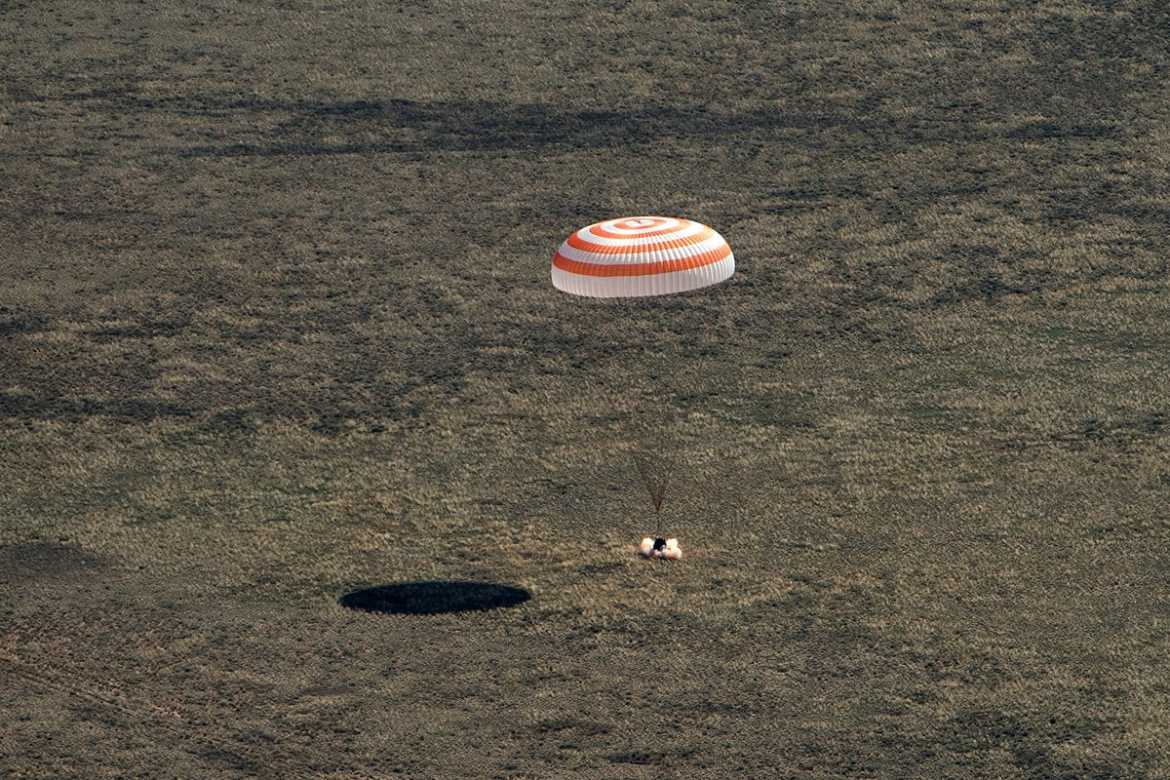 Roscosmos cosmonaut Oleg Skripochka, commander of Expedition 62 and Soyuz MS-15, joined by NASA Flight Engineers Jessica Meir and Andrew Morgan, closed the hatches between their spacecraft and the ISS’s Zvezda module at around 22:30 UTC on April 16th.

Following which they began preparing to depart from the orbiting laboratory they have called home for months. 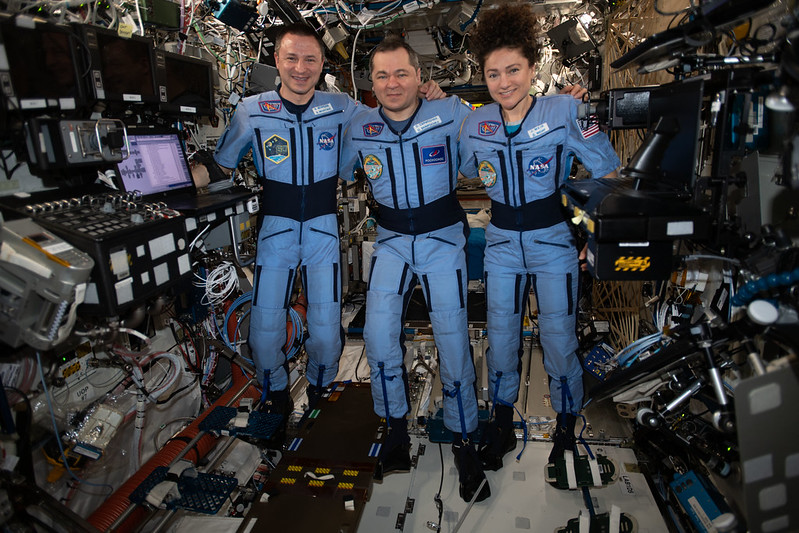 At 01:52 UTC Soyuz MS-15 issued the command to undock from the station, just one minute after which the spacecraft parted ways with the station it has been docked to since 25 September 2019.

The departure of Skripochka, Meir and Morgan signaled the end of ISS Expedition 62 and heralded the beginning of Expedition 63, which will, at least initially, only be crewed by three space travelers, Roscosmos cosmonauts Anatoli Ivanishin and Ivan Vagner, and NASA astronaut Christopher Cassidy, who will command the station until the end of the increment, currently set for 22 October 2020.

Although, this period of three crew operations isn’t scheduled to last too long as they could be joined by the two person crew of SpaceX DM-2 as early as mid-May.

The flight will mark the first orbital spaceflight from US soil since the final flight of the Space Shuttle, STS-135, in July 2011 and will see NASA astronauts Doug Hurley and Robert Behnken stay on the ISS for six weeks to three months.

Demo-2 was originally planned as a short test flight of Crew Dragon, although several factors have led to the mission being extended from a one to two week flight, to a six-week to three month flight.

The extension of Demo-2 will allow for Hurley and Behnken to increase crew activity on the ISS during Expedition 63, and most notably participate in any Extra-Vehicular Activity (EVA) if the need arises. If any EVAs were to occur during Demo-2’s stay on the station, Cassidy and Behnken would perform the EVA while Hurley supported the excursion from inside the ISS.

Ivanishin, Vagner and Cassidy have only had just over a week to get used to their new home, the trio launched aboard Soyuz MS-16 on 9 April and docked to the station just six hours later, and therefore only had just eight days operating as members of the Expedition 62 crew.

Soyuz MS-15 and its crew spent less than five hours free flying in Earth orbit as they prepared to take the plunge through Earth’s atmosphere and towards the Kazakh steppe.

The spacecraft lit up its engine for a final time around 04:22 UTC for an approximately four-minute de-orbit burn, which slowed the spacecraft down enough to initiate re-entry.

Around 38 minutes after the beginning of the de-orbit burn, Soyuz MS-15’s descent module, carrying Skripochka, Meir and Morgan, separated from the spacecraft’s orbital module and propulsion module, both of which were disposed of when they burned up due to atmospheric friction shortly after separating from the descent module.

Nominally – as was the case with Soyuz MS-15 – all three modules will separate simultaneously, failure for this to happen could result in the Soyuz having to make a “ballistic descent” which results in the crew landing at an alternative landing site and enduring a much higher g-load during re-entry.

In the history of the ISS program, only three Soyuz flights have had to complete the alternative ballistic re-entry and Soyuz has had to perform this much more violent descent since the Soyuz TMA-11 mission, which returned two of the ISS Expedition 16 crew members and a South Korean spaceflight participant in 2008.

At 04:53 UTC the three crew members, safely strapped inside of Soyuz MS-15’s heat shield protected descent module, hit the atmosphere at about 25,000 kilometers per hour (17,500 miles per hour).

The spacecraft was engulfed in plasma as the friction caused by rapid decelerating as it slams into Earth’s atmosphere will cause the spacecraft to heat up, this cuts out communication between ground control and the spacecraft for over five minutes as it plunges towards the ground.

The descent module’s parachute was commanded to open at 05:02 UTC at around 10 kilometers above the surface of Kazakhstan. The spacecraft touched down on the Kazakh Steppe at 05:16 UTC, wrapping up a spaceflight that launched 205 days ago, marking one of the longest flights for a Soyuz vehicle in the spacecraft’s illustrious over 53 years of service.

The landing wraps up 205 days in space for Skripochka and Meir, bringing Skripocka’s total time in space up to 537 days in space over three flights.

For Morgan, his return to Earth brought 272 days in space to an end. Unlike his two crewmates, Morgan launched aboard Soyuz MS-13 on 20 July 2019, he and fellow astronaut Christina Koch’s missions were extended earlier last year in order to facilitate the short-duration flight of Hazza Al Mansouri, the first-ever astronaut from the United Arab Emirates, who launched aboard Soyuz MS-15 with Skripochka and Meir, spent eight days in space and landed on 3 October 2019 alongside Roscosmos cosmonaut Aleksey Ovchinin and NASA astronaut Nick Hague aboard the Soyuz MS-12 spacecraft.

Traditionally, astronauts and cosmonauts returning to Earth aboard the Soyuz are removed from the Soyuz and undergo some preliminary medical checks outside of the Soyuz and are then quickly taken from their landing site to nearby a medical tent for examination and are part of a “welcoming ceremony” in the nearby towns of either Jezkaghan or Karaganda.

Although, due to the ongoing global COVID-19 pandemic, the plan for the trio’s post-landing activities altered. Instead, the crew members were immediately airlifted by helicopter to Baikonur, where they boarded aircraft that took them home, Skripockha boarded a Roscosmos plane and be flown to Star City, Russia, while Meir and Morgan were returned to Houston, Texas via a NASA aircraft.

Prior to workplace closures, SLS was making good progress ahead of opening missions