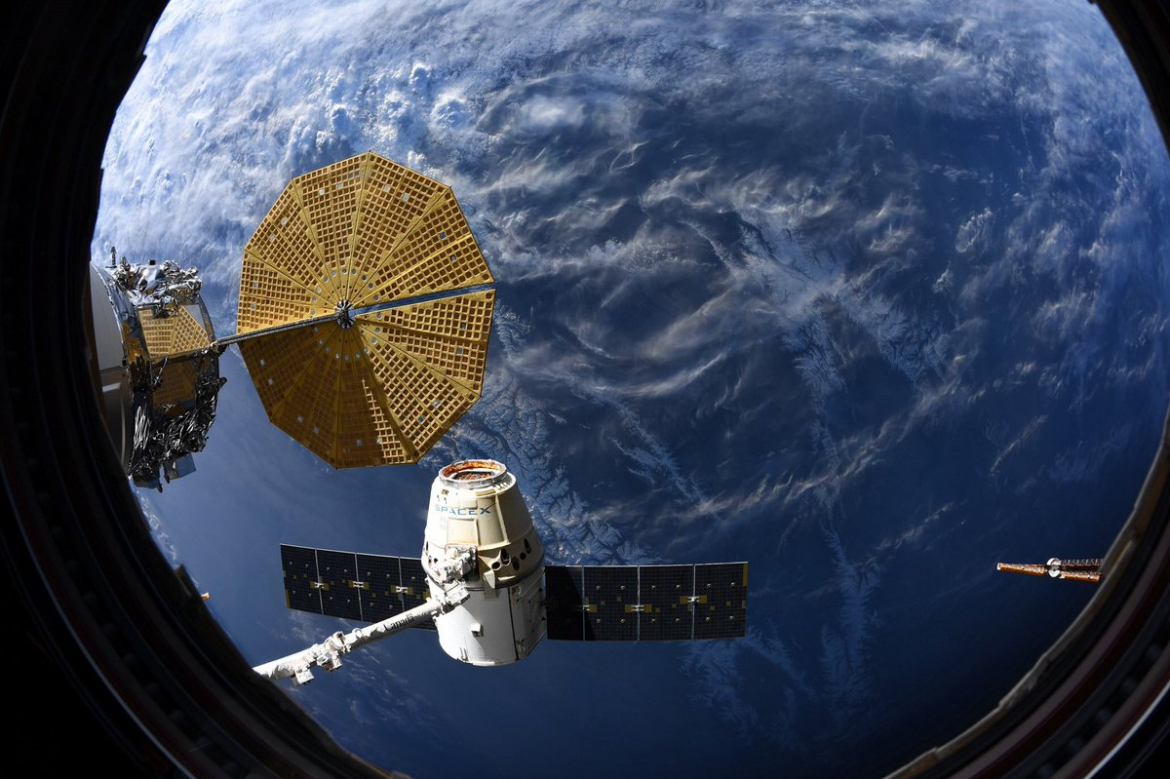 For the final time, a Dragon 1 spacecraft has returned to Earth on Tuesday. The completion of the SpaceX CRS-20 mission marks the end of the CRS-1 contract, and the retirement of SpaceX’s workhorse cargo spacecraft, as the Commercial Resupply Services (CRS) program transitions to next-generation vehicles.

The spacecraft was uninstalled from the Nadir port on the Harmony, or Node 2, module of the International Space Station (ISS). NASA mission control (MCC-H) at the Johnson Space Center in Houston, Texas, commanded the Space Station Remote Manipulator System (SSRMS), commonly known as Canadarm2, to move the spacecraft into the release position. The command to release Dragon from the robotic arm occurred at 13:06 UTC.

Once the spacecraft was released, the arm retreated away from the now free-flying spacecraft. Dragon performed three departure burns to back away from the station, using its onboard Draco thrusters. These initial maneuvers were performed under the control of NASA controllers at MCC-H.

Once the spacecraft departed the approach ellipsoid, a 4 km by 2 km oval region around the ISS, control of Dragon was handed off to SpaceX mission control (MCC-X) at the company’s headquarters in Hawthorne, California. SpaceX controllers then prepare the spacecraft to deorbit and reenter.

This included closing the Guidance, Navigation, and Control (GNC) bay door, expected at 16:42 UTC. That completes the thermal protection seal around the Dragon capsule.

At 17:58 UTC, the Draco thrusters ignited again to execute the deorbit burn. This maneuver slowed the spacecraft by approximately 111 meters per second, lowering the spacecraft’s orbital perigee into Earth’s atmosphere.

After the competition of the deorbit burn, Dragon’s unpressurized trunk is separated. Unlike the Dragon capsule, the trunk is destroyed upon reentry and not recovered.

The capsule then reenters the atmosphere, protected by an advanced Thermal Protection System. The majority of the protection comes from Dragon’s primary heat shield, which is a proprietary version of NASA’s Phenolic Impregnated Carbon Ablator (PICA) material, named PICA-X.

Following re-entry, Dragon’s drogue and main parachutes deploeyed. Splashdown occurred around 18:50 UTC, approximately 815 kilometers south of Los Angeles, off the coast of Baja California, in the Pacific Ocean. The capsule will be recovered by the crew of NRC Quest, and returned to the Port of Los Angeles for initial cargo unloading. Remaining cargo will be unloaded at SpaceX’s facility in McGregor, Texas.

Onboard the capsule as it returned to Earth is over 4,000 pounds of cargo. This includes various pieces of hardware and equipment for maintenance and upgrades, as well as completed science investigations.

One such investigation returning to Earth is the BioNutrients demonstration, which aims to produce essential nutrients in space to support long-duration human spaceflight.

Also returning is the BioFabrication Facility (BFF), a 3D biological printer designed to take advantage of microgravity to print small and complex organ structures. The Engineered Heart Tissues (EHTs) study, which studies the function of heart tissue in microgravity with the hope of preventing medical problems on long-duration human spaceflight missions, is also on board the Dragon capsule.

The CRS-20 mission began on March 6, with a Falcon 9 rocket launch from SLC-40 at Cape Canaveral Air Force Station in Florida.

The Dragon spacecraft arrived at the station three days later on March 9, where it was captured by Canadarm2 and berthed to the Node 2 Nadir port. The capsule delivered equipment, supplies, and science experiments to the station, including the European Bartolomeo platform, which was removed from Dragon’s trunk and installed on the exterior of the Columbus module to support future science payloads.

CRS-20 was the third flight of the C112 Dragon capsule, which previously supported the CRS-10 and CRS-16 missions. In total, the spacecraft spent 100 days in space across the three missions to the ISS. C112 is one of three Dragon capsules to fly three missions, with three other capsules having flown two missions each.

Twenty-one Dragon 1 missions have flown, dating back to the December 2010 COTS Demo-1 mission. After the successful maiden flight, the COTS-Demo-2 mission made Dragon the first commercial spacecraft to visit the ISS. Nineteen successful operational CRS missions followed, for a total of twenty visits to the space station.

Tuesday’s splashdown was the last planned Dragon splashdown in the Pacific Ocean. As SpaceX transitions to the new Dragon 2 spacecraft, both Cargo and Crew Dragon missions will finish in the Atlantic Ocean, off the coast of Florida.

Northrop Grumman and SpaceX will also be joined by a third CRS provider, Sierra Nevada Corporation, which is planning to debut their Dream Chaser spacecraft no earlier than 2021.

The Cargo Dragon 2 debut will be preceded by a flight of the Crew variant, the Demo-2 Crew Dragon flight, currently scheduled for no earlier than May.