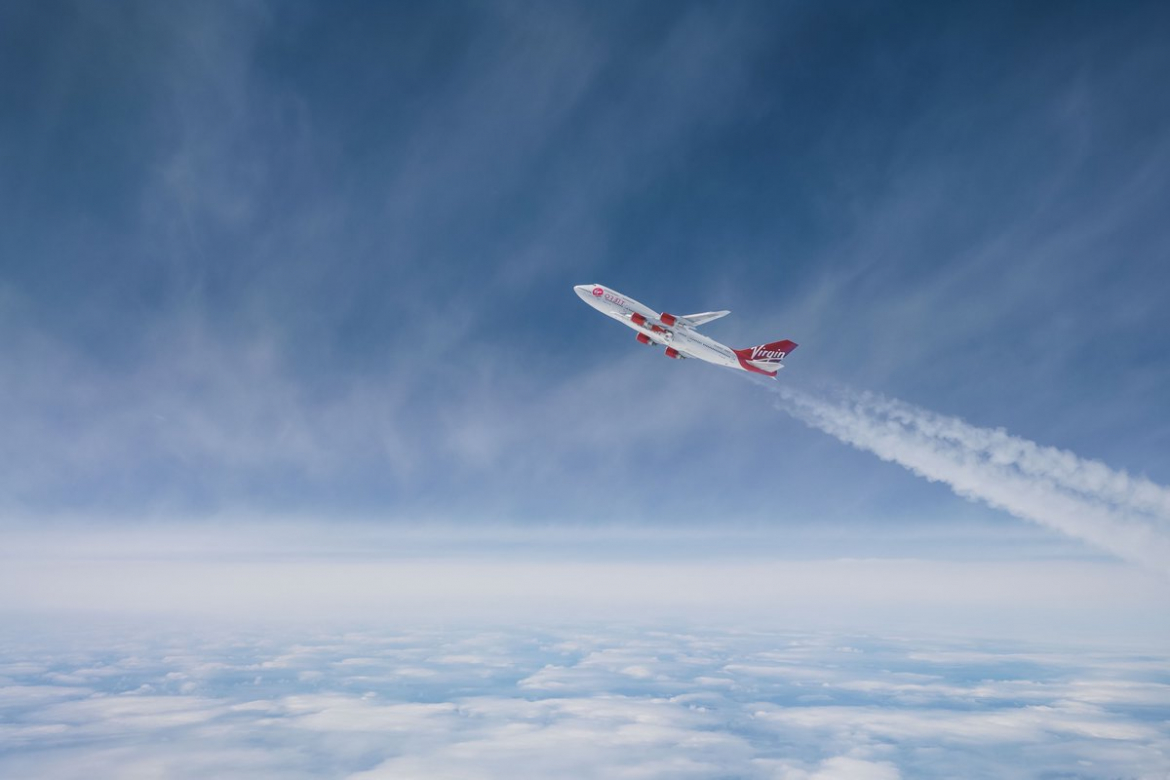 Virgin Orbit’s LauncherOne is getting closer to its debut launch following the weekend’s successful cryo captive carry test. The test was conducted shortly after VOX Space – a subsidiary of Virgin Orbit for national security missions – announced they won a contract to launch three dedicated missions for the U.S. Space Force (USSF), for the Space Test Program-S28 (STP-S28). The STP-S28 was awarded by the USSF Rocket Systems Launch Program (RSLP) and is the first task order under the Orbital Services Program-4 (OSP-4).

The STP-S28 is a mission awarded by the USSF but is delivering multiple spacecraft to orbit for the Department of Defense (DoD). The goal of the mission is the deploy multiple technology demonstrations to Low Earth Orbit (LEO), allowing advancements in space domain awareness, communications, and informing future developments of the USSF space architecture.

VOX Space and Virgin Orbit will complete the STP-S28 mission with three separate launches. The first launch has a NET date of October 2021 but is likely to slip to a later date.

“We see the STP-S28 mission as an excellent example of how cutting-edge commercial launch systems like ours can enable the U.S. Space Force to execute missions in a way that’s more tactically responsive. We look forward to working with Col. Rob Bongiovi, Lt. Col. Ryan Rose, and their excellent team at the Space and Missile System Center.”

The OSP-4 Indefinite Delivery/Indefinite Quantity (IDIQ) contract allows the U.S government to rapidly acquire flexible, resilient, and affordable launch services, allowing the ability to launch missions to space in 12 to 24 months of the task order award.

“We are excited to partner with VOX Space and believe the STP-S28 mission will showcase industry innovation, international partnering and provide a gateway to work with some of the newest, leading-edge entrants for emerging small launch service providers,” noted Lt. Col. Ryan Rose, chief of the Small Launch and Targets Division at Kirtland Air Force Base, New Mexico.

This responsiveness is a critical capability in today’s contested space domain. The OSP-4 was started by in late 2019, it was a follow-on to the OSP-3. The program is designed to accommodate payloads greater than 400 IBS. The USSF projects over 20 missions in over a nine-year period.

“With the space domain more contested than ever, it’s crucial that we find ways to enable those responsible for space security to act quickly and effectively,” added Virgin Orbit CEO Dan Hart.

“Ultimately, we believe that affordable and responsive launch helps keep everyone safer — in part by creating a major disincentive for adversaries to work against existing satellites and space systems. LauncherOne is proving to be an impactful force for good as we work with our nation’s leaders to modernize our space systems and help keep people safe,”

The announcement comes after Virgin Orbit announced they had begun cryogenic rocket testing while in-flight. The 747 Cosmic Girl then took off with a fully loaded LauncherOne at the Mojave Air and Space Port.

There you have it! @Virgin_Orbit’s Cosmic Girl took off with a fueled Launcher One rocket just after 11am this morning for a cryogenic captive carry test. @NASASpaceflight pic.twitter.com/JYrDmqRr4N

Before, the captive carry flight tests would normally use water. But for the next test LauncherOne carried liquid nitrogen.

The cryogenic captive carry flight used the LauncherOne that will be used for the first orbital attempt, with test aiming to be an end-to-end launch rehearsal tested all of Virgin Orbit’s ground operations, mission control, communications systems, protocols, range assets, and the Cosmic Girl’s maneuvers during a launch.

Early 2020 warped up an intense test campaign for the first Orbital Rocket. It was taken off the test stand and was taken to the Cosmic Girl for final testing before the test. It was attached to the Cosmic Girl. And began another run of testing as all of the systems for flight was in place.

Cosmic Girl has landed back at MHV after a successful cryogenic captive carry test of their Launcher One rocket. Congratulations to everyone who put in hard work to make this happen. @Virgin_Orbit @NASASpaceflight pic.twitter.com/L1KMCrGSVk

The COVID-19 caused Virgin Orbit to reconfigure everything. The mission control and facility owned by Virgin Orbit were reconfigured to meet the social distancing requirements, resulting in them sending 90 percent of the employees to work from home, with only essential employees still on-site working at the facilities. 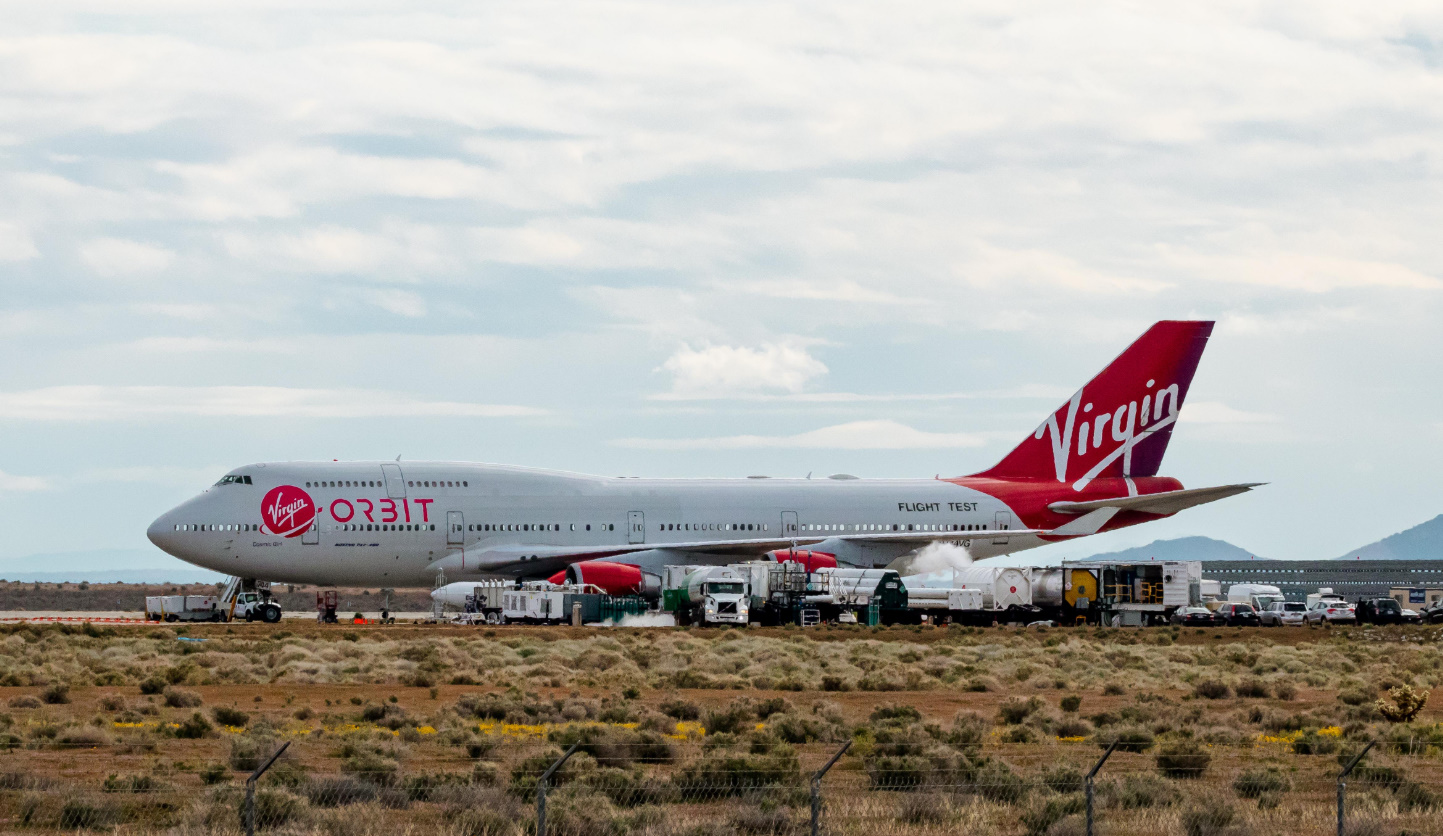 This caused multiple testing and schedules to be delayed, to help protect the employees and their families. Virgin Orbit began to start creating simple and fast to produce ventilators. Despite the COVID-19 situation, the team at Virgin Orbit is still focused on the first orbital attempt. They focused on trying to make sure the first attempt is successful.