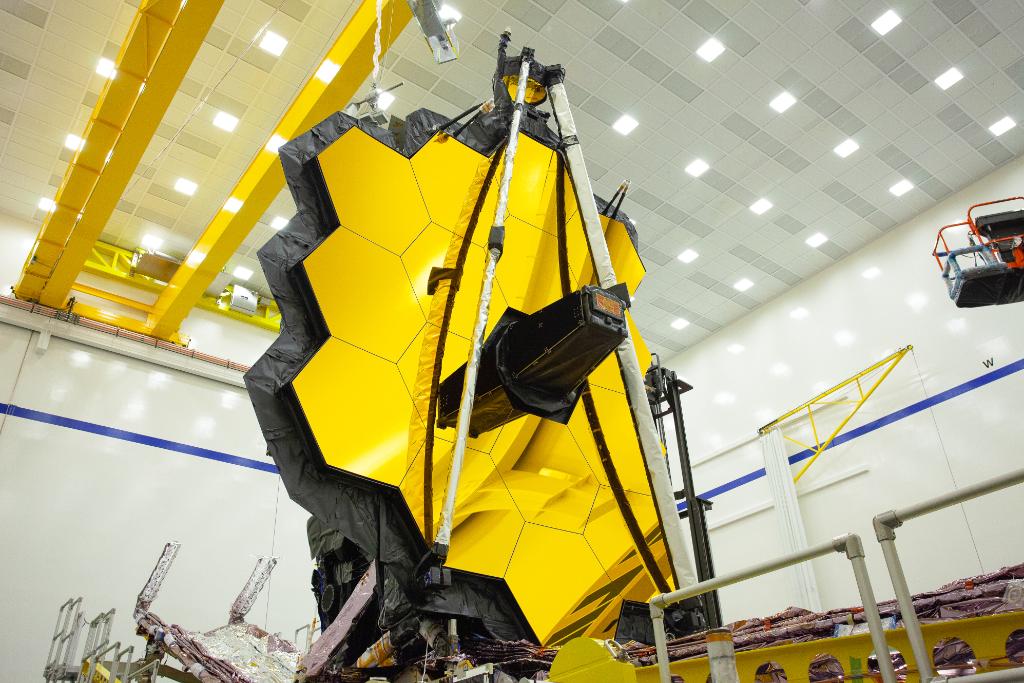 During the deployment test, Northrop Grumman personnel instructed the spacecraft to deploy – and then securely latch – the Primary Mirror to the position which it will need to be in to conduct science. The Primary Mirror will only be deployed once more – and that’ll be before shipment to the launch site.

The reason that the Mirror folds on the telescope is that when deployed, the mirror is too large to fit inside of the 16 foot payload fairing during launch. On the Primary Mirror, there are two “wings,” one on the left and the other on the right. Each wing has to deploy for the telescope to operate properly.

In a recent test, #NASAWebb fully deployed its primary mirror into the same configuration it will have when in space. This helps safeguard mission success by physically demonstrating that Webb is able to move and unfold as intended. More: https://t.co/RPLAIOXnQV pic.twitter.com/k7zfYjxM6T

Deploying the Primary Mirror on the ground is complex for Northrop Grumman. This is because they have to simulate a zero gravity environment to check that the telescope can operate in space.

According to the NASA press release, the deployment of the Primary Mirror was a significant milestone for the Northrop Grumman team.

“Deploying both wings of the telescope while part of the fully assembled observatory is another significant milestone showing Webb will deploy properly in space. This is a great achievement and an inspiring image for the entire team,” said Lee Feinberg, optical telescope element manager for Webb at NASA’s Goddard Space Flight Center in Greenbelt, Maryland.

This deployment, which occurred in March but was noted by NASA this week, is part of a long list of final tasks before Northrop Grumman can ship the new observatory to the Guiana Space Centre, located in Kourou, French Guiana. Some of the other tasks include several internal systems checks which allow the mirror to be deployed. 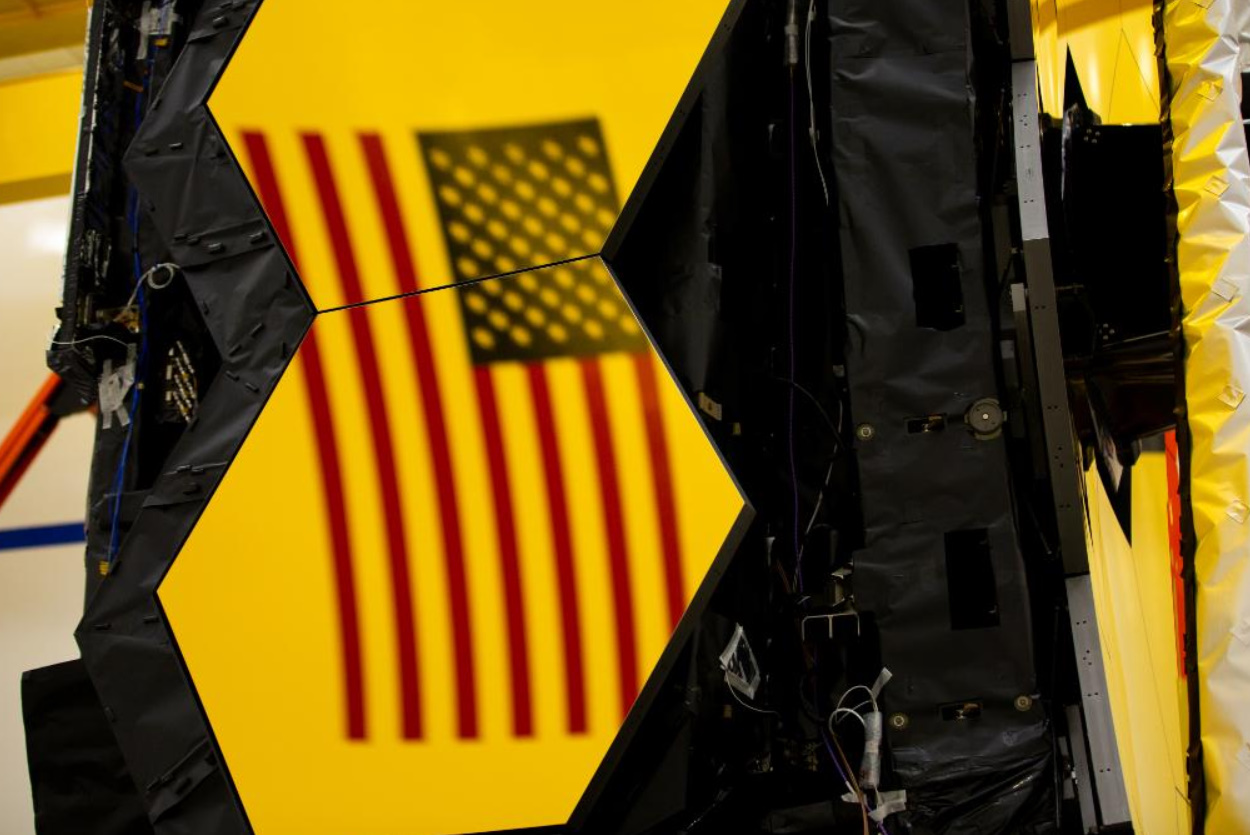 Currently, the James Webb Space Telescope is inside a cleanroom at Northrop Grumman Space Systems’ facility in Redondo Beach, CA. The development of the telescope is managed by NASA’s Goddard Space Flight Center in Greenbelt, MD.

The James Webb Space Telescope (JWST) is the successor to the Hubble Space Telescope (HST), which launched by Space Shuttle Discovery’s STS-31 mission on April 24, 1990. The HST will turn 30 years old this month and is starting to show its age as shown when a gyroscope issue in 2018 temporarily sent the telescope into “safe mode.”

The JWST is the successor to the HST instead of a replacement because the new observatory is designed to see beyond Hubble’s viewing capabilities. This feature is available because the JWST uses longer wavelengths, including infrared.

This technology will enable the JWST to view farther back into the history of the universe, including farther than the capabilities of both Hubble and the Chandra X-Ray Observatory, which launched on Space Shuttle Columbia on STS-93.

The last Hubble servicing mission was in 2009 and used Space Shuttle Atlantis on STS-125. The mission installed new batteries and made Hubble fully functional again. 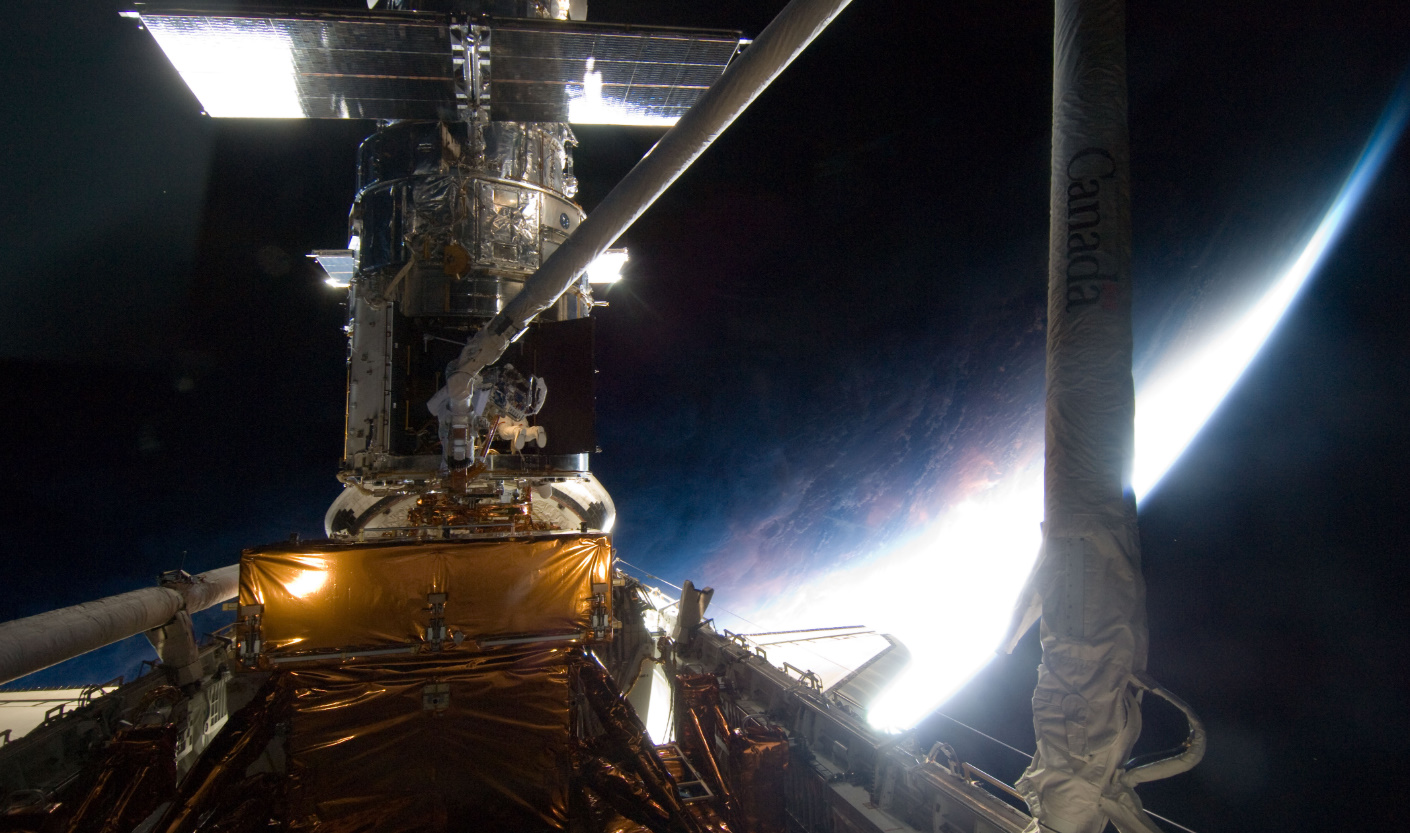 The deployment of the Primary Mirror and other tests going on in Redondo Beach before the future shipment to the launch site is essential for the JWST, which will help prevent an issue like the one that was discovered on Hubble after its initial deployment in 1990. The JWST is not designed for a repair mission due to its design and its planned operational location.

Due to the COVID-19 pandemic, there have been impacts on the JWST project. For an initial period, Northrop Grumman had to suspend operations. With essential staff, the personnel will now complete the Deployable Tower Assembly set up operations. After that, operations will have to suspend soon unless there are any further plan changes due to the lack of NASA staff on site at their Redondo Beach facility.

The telescope is named after James E. Webb, who was the 2nd NASA Administrator from 1961 to 1968 and was influential in the Apollo program. Before being named after Webb in 2002, the telescope was known as the Next Generation Space Telescope (NGST).

The project began in 1996. The NASA contract to build the JWST was given to TRW Incorporated in 2003, the company was acquired by Northrop Grumman. At the time of its construction, the telescope was scheduled to launch in 2010. For the project, NASA partnered with the Canadian Space Agency (CSA) and the European Space Agency (ESA). 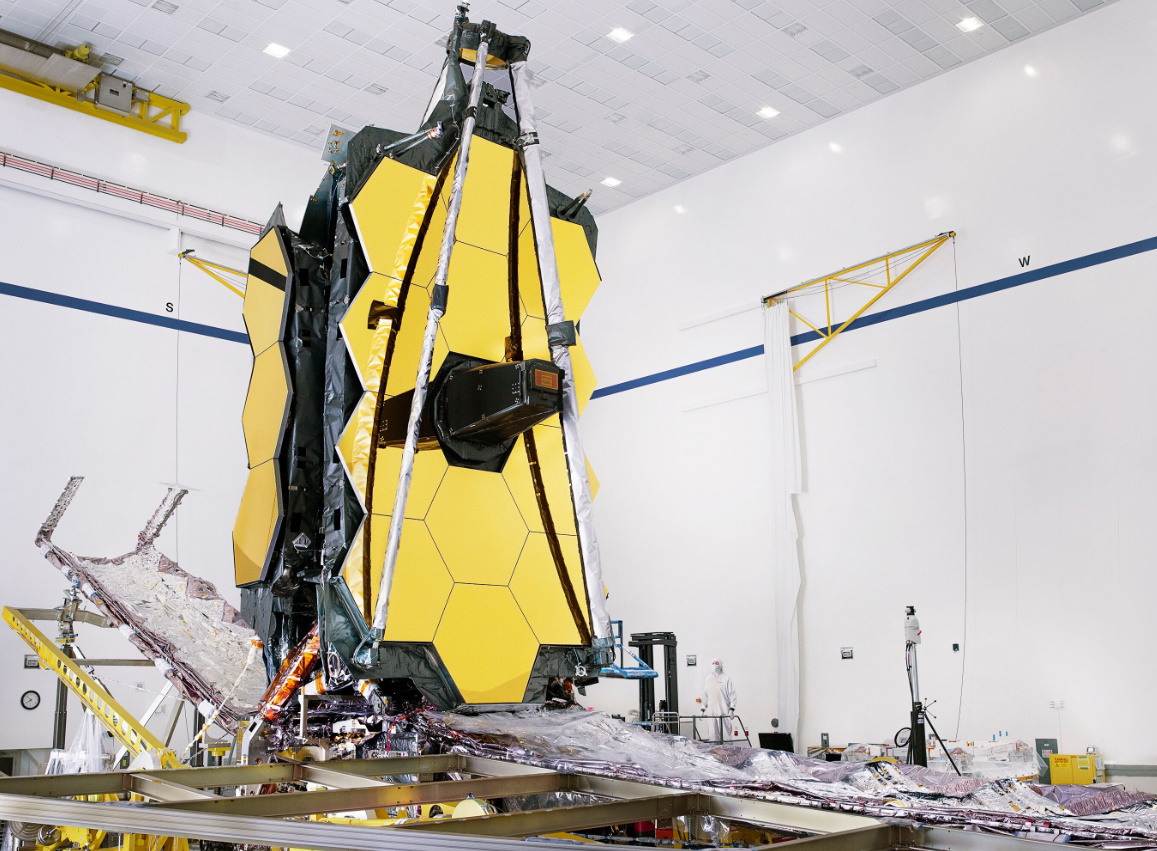 JWST during construction – via NASA

The JWST will launch on Arianespace’s Ariane 5 rocket from ELA-3 (Ensemble de Lancement Ariane 3) at the Guiana Space Centre. The Ariane 5 launch is a part of ESA’s contribution to the project.

Around 29 minutes after liftoff from Kourou, the JWST will separate from the ESC-A cryogenic upper stage of the Ariane 5. This will be followed by solar array deployment around T+34 minutes and then antenna release a while later.

As the JWST approaches the Moon, there will be a mid-course correction, which then will be followed by the deployment of the antenna around T+1 day and 18 minutes after launch.

The Secondary Mirror will be the first mirror to be deployed and that will occur on the 11th day of the mission. This will be followed by the deployment of the Primary Mirror, which will be completed on the T+14 day mark, with the JWST around 1,050,929 km from Earth.

The science mission for the JWST will not be able to start until around six months after launch. The telescope was designed to last at least five years. However, NASA’s goal is that it can operate the JWST for at least 10 years.

The lifetime of the spacecraft will rely on how much propellant that it uses. The telescope has enough fuel to sustain the spacecraft in its planned halo orbit for 10 years.

Communications with the JWST during the mission will be managed by NASA’s Deep Space Network (DSN). The DSN is operated by NASA’s Jet Propulsion Laboratory (JPL).

As of now, the launch of the JWST is scheduled for March of 2021. However, that launch date is expected to be delayed.