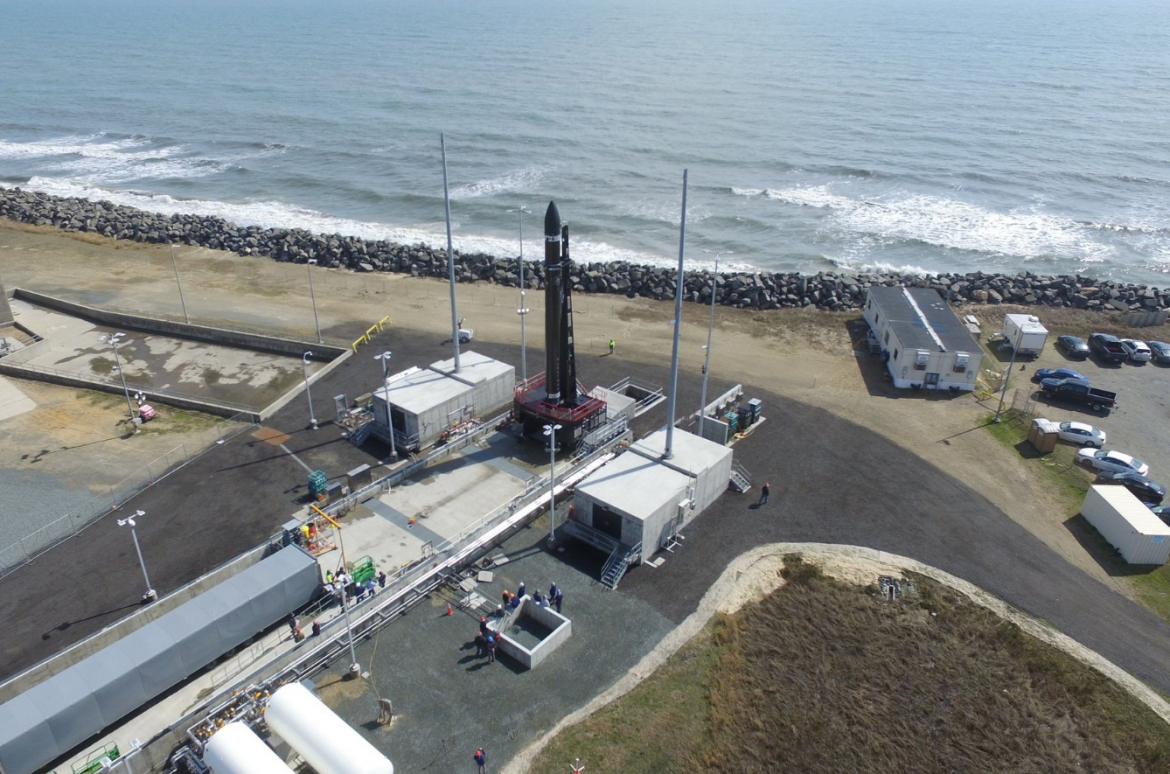 Rocket Lab has rolled out the first Electron rocket that will lift off from Launch Complex 2 (LC-2), the company’s launch site at Virginia’s Mid-Atlantic Regional Spaceport (MARS). Rocket Lab has also performed several tests on the rocket and ground equipment to verify pad systems. LC-2’s maiden launch, carrying the sole payload of the STP-27RM mission, is set to take place in the third quarter of 2020.

To help reduce the load on Launch Complex 1 in New Zealand, and to allow Electron to reach different orbits, Rocket Lab began a search for where to construct a second launch complex. The new site – named Launch Complex 2 – would be located somewhere in the United States.

Ultimately, Rocket Lab decided on building LC-2 at MARS – primarily due to having lower launch traffic than other facilities, along with the ability to reach lower-inclination orbits.

MARS has historically only launched one or two missions per year – leaving plenty of room on the range schedule for Electron to launch up to 12 times per year.

LC-2 would be built next to the existing MARS Pad 0A, where Northrop Grumman’s Antares rocket launches from.

Look how close Rocket Lab's new pad is to the Antares pad at Wallops:https://t.co/BLzDtnSFxg pic.twitter.com/HhSYfA0p7Q

On the same day as the selection announcement – October 17, 2018 – ground was broken for Launch Complex 2. Construction on the site began in earnest in February 2019.

Throughout 2019, LC-2 was constructed at a quick pace. By October, the launch mount and strongback had been installed at the pad. 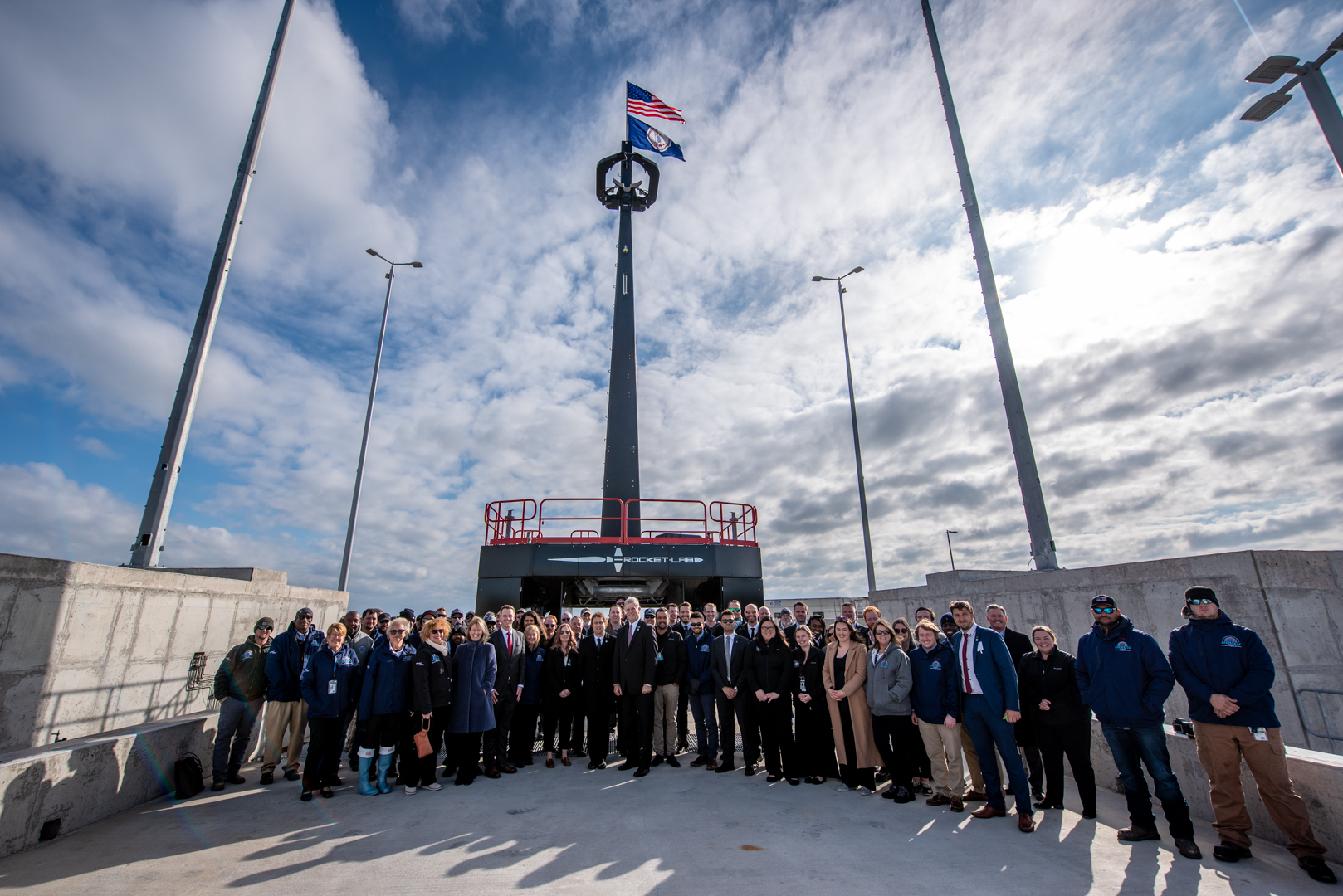 LC-2 was officially opened on December 12, 2019 – setting a record for the fastest launch pad construction to date.

Recently, Rocket Lab has been testing and validating the systems at the new pad. This included raising the site’s first Electron rocket vertical and performing a test of the engine igniters.

Tests of powering and communication were also performed on the vehicle.

Rocket Lab has noted that the launch site tests occurred before the Virginia government ordered non-essential businesses to close due to COVID-19. Currently, only essential personnel are on-site to ensure the safety of pad equipment. 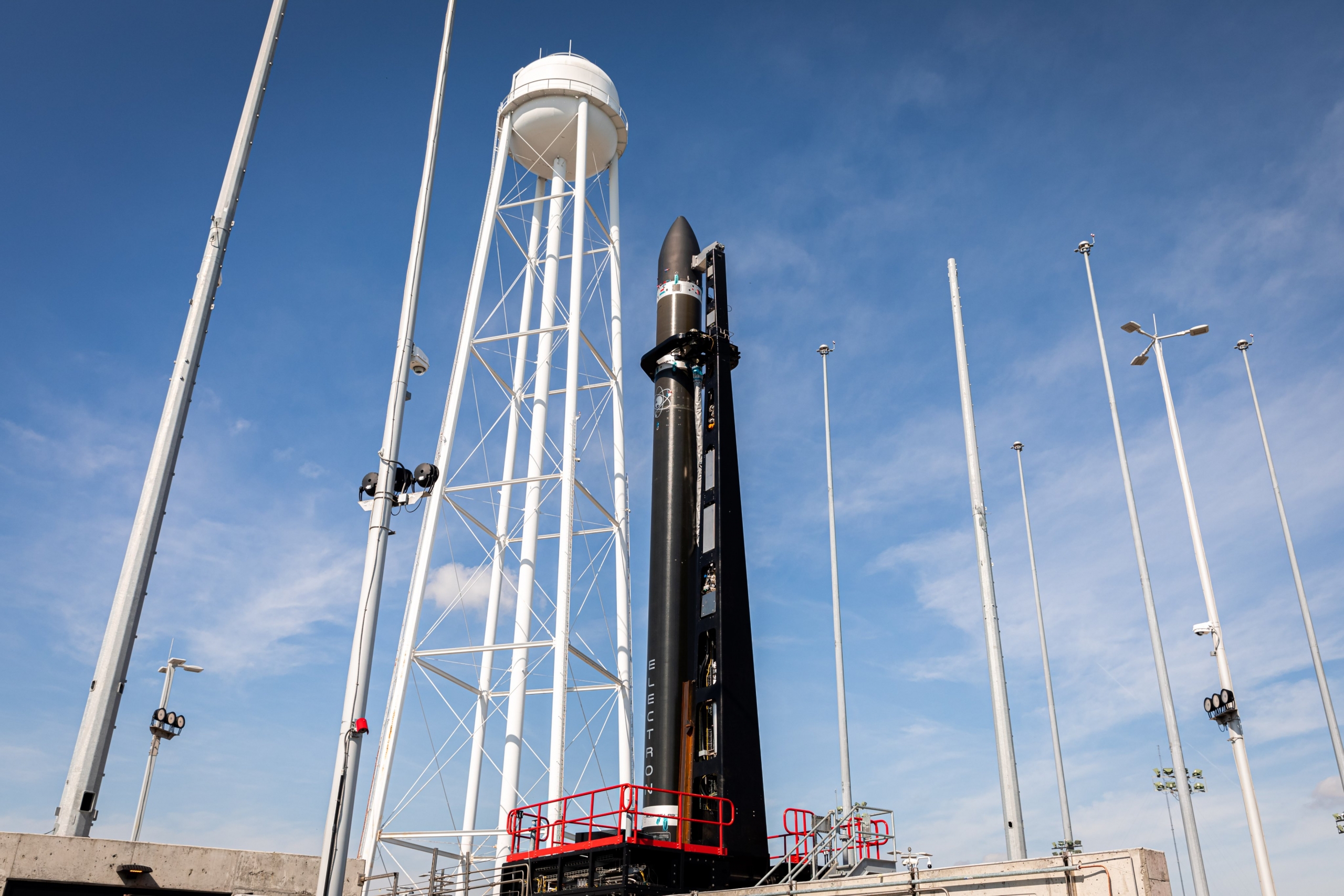 The first Electron raised vertical at LC-2 for tests of the rocket and ground systems. Credit: Rocket Lab

Currently, the company still has to complete NASA certification for its Autonomous Flight Termination System (AFTS).

If there is a major issue during launch – such as a deviation of trajectory or loss of tank pressure – the AFTS will destroy the rocket to ensure the safety of people and structures nearby.

AFTS is preferred over a manual system because it simplifies the launch process and range preparations.

Rocket Lab has already flown several missions with an active AFTS from Launch Complex 1 in New Zealand. When the first Electron lifts off from LC-2, it will mark the first time an AFTS flies from MARS.

NASA expects the certification to be finished in time for a launch in Q3 2020.

Rocket Lab is also continuing work on an Integration and Control Facility (ICF) near MARS. As its name suggests, the ICF will be where simultaneous integration of multiple Electron rockets and their payloads will take place. In addition, the facility will include office space and a launch control center.

The new LC-2 Integration Control Facility (ICF) just got its roof! It can process 2 Electrons at once to support responsive access to space. Thanks to the teams @VCSFA_MARS, @NASA_Wallops for all your support and to @usairforce for the mission that will debut out of the pad. pic.twitter.com/tRhCrNadFH

From the ICF, completed Electron rockets will be moved to LC-2 and raised vertical for launch.

The first mission from LC-2 will be the STP-27RM mission for the US Air Force’s Space Test Program. Previously, the mission was expected to launch in the second quarter of 2020. However, due to delays from COVID-19-related closures, launch has been pushed back to the third quarter.

For the mission, Electron will carry a single microsat to Low Earth Orbit. The satellite will determine the capability for smallsats to monitor space weather. The microsat is part of the Air Force Research Laboratory’s Monolith program.

STP-27RM is the second Electron flight for the Space Test Program, following STP-27RD in May 2019.

In 2021, another Electron will launch from LC-2, carrying NASA’s Cislunar Autonomous Positioning System Technology Operations and Navigation Experiment (CAPSTONE) to a near-rectilinear halo orbit around the Moon. This pathfinder mission will verify that the unique orbit can be used for the future Gateway station as part of the Artemis program.

Our 3rd launch pad is taking shape! Construction is speeding up on Pad B at Launch Complex 1. By operating two pads at LC-1, and another at LC-2 in the US, we can support back-to-back missions within days & ensure a pad is always in a state of readiness for rapid call-up launch. pic.twitter.com/YD9K3OA0zC

LC-1B is being constructed near LC-1 in New Zealand to ensure that a launch pad is always available.

Currently, it takes about 4 weeks after a launch to return LC-1 to flight readiness. With two launch pads, the company can process a rocket on one while refurbishing the other. The new pad is expected to be finished in late 2020.