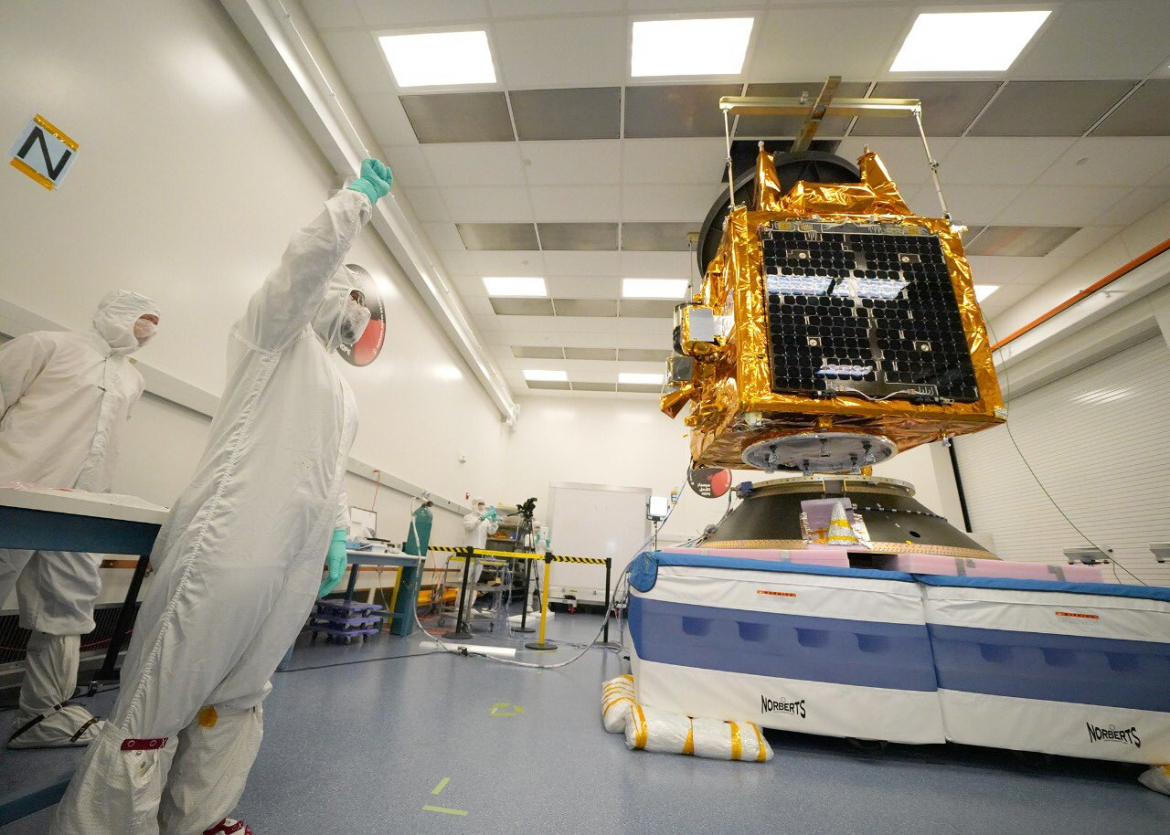 An Emirati-built Mars explorer, named Al Amal (“Hope” in English) and developed by engineers at the Mohammed bin Rashed Space Centre, has been shipped to the JAXA-run Tanegashima Space Center for final checkouts and preparations ahead of its launch aboard an H-IIA rocket. The launch window for this mission is currently scheduled to open July 14th, with an arrival at the Red Planet set for 2021.

The Hope spacecraft is the singular major component of the Emirates Mars Mission, which will study the Martian atmosphere and weather, daily and seasonal weather cycles, and how the climate varies in different regions. The scientific data that will be collected from Hope will help us answer key questions about Mars’ atmosphere, such as why gaseous hydrogen and oxygen are being lost to space and how the planet’s drastic climate changes occur.

The Emirates Mars Mission was announced in July 2014 “with the purpose of enriching the capabilities of Emirati engineers and increasing overall knowledge” about the Martian atmosphere. The mission is funded by the UAE Space Agency as part of an agreement with the Mohammed bin Rashed Space Centre (MBRSC), which specializes in the development of satellites and the promotion of space science and research in the Middle East. The UAE Space Agency will also operate the Hope spacecraft during its mission. 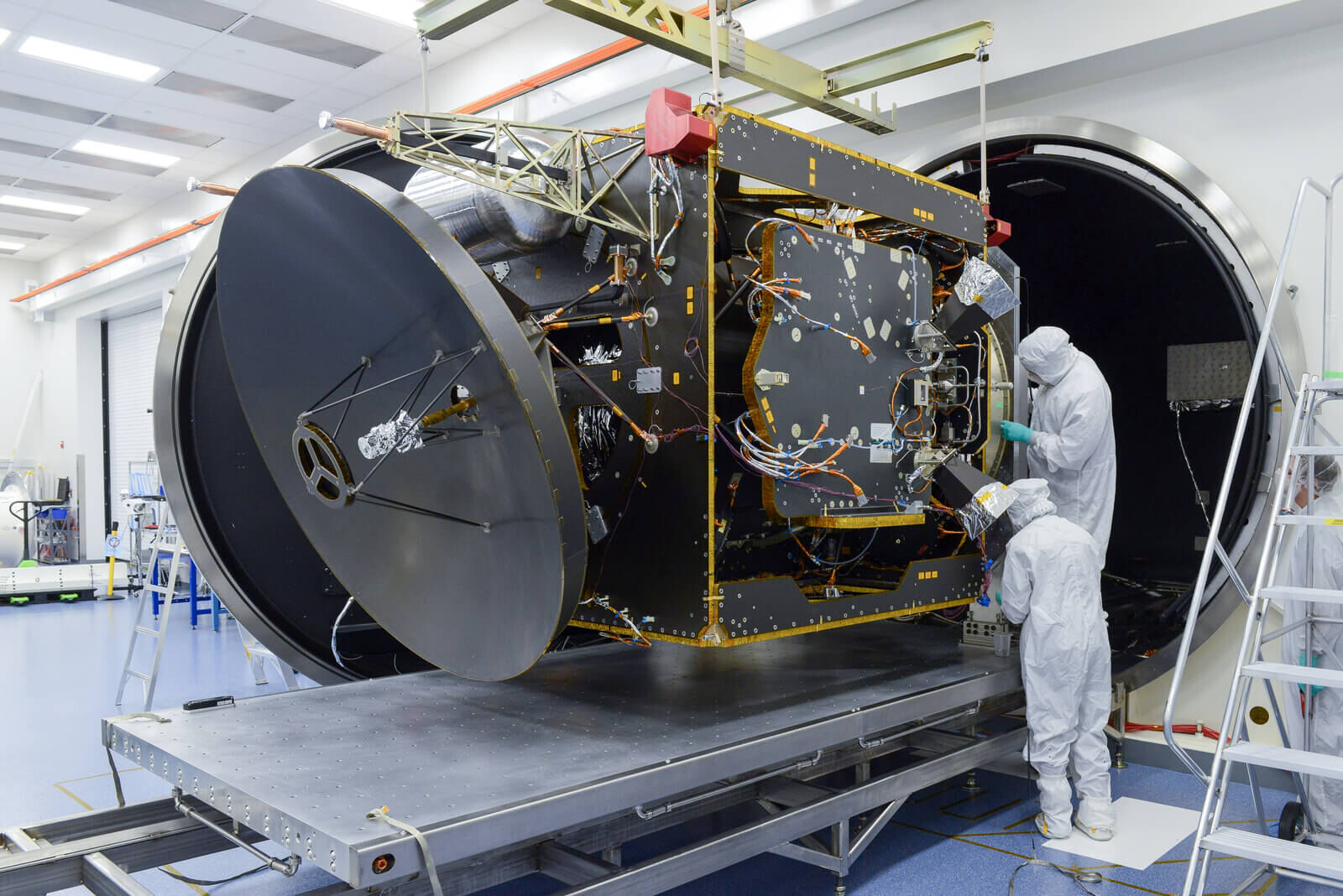 Hope’s main structure is cubical and is constructed out of aluminum with a composite face-sheet. The spacecraft measures in at 2.37 meters (7.8 feet) wide and 2.90 meters (9.5 feet) long, and weighs approximately 1,500 kilograms (3,300 pounds) when fully fueled.

Electrical power will be provided to the Hope spacecraft via two large solar panels, which supply up to 600 watts each once unfolded. A 1.5-meter (5-foot) high-gain antenna will enable communications with ground stations on Earth via radio waves, with smaller low-gain antennas also being present in the structure of the spacecraft. These combined can provide up to 1.6 megabits per second (Mbps) of bandwidth at Mars’ closest approach to Earth.

Hope will also be equipped with six 120-Newton thrusters and eight 5-Newton reaction control system (RCS) thrusters, both of which are supplied with hydrazine monopropellant for in-space maneuvers. The six 120N engines will be primarily used for velocity management, while the eight RCS thrusters will be used for fine-tuning. An onboard reaction wheel system and star trackers will also be used to reorient the spacecraft while traveling through deep space, thereby helping to point the spacecraft’s high-gain antenna towards Earth.

The Emirates eXploration Imager (EXI), which was developed at the University of Colorado’s Laboratory of Atmospheric and Space Physics, will function as a multi-band camera capable of taking high-resolution images of the Martian surface, with a spatial resolution of better than 8 kilometers (5 miles). The instrument utilizes a selector wheel mechanism consisting of six discrete bandpass filters, with three ultraviolet (UV) and three RGB bands available for spectral imaging. EXI will help to measure the properties of ice, water, aerosols, dust, and ozone in the Martian atmosphere, along with providing color images of the Red Planet.

Hope also features a far-ultraviolet imaging spectrograph known as the Emirates Mars Ultraviolet Spectrometer (EMUS), which will examine emissions in the 100-170 nanometer wavelength range in order to characterize the escape of gaseous hydrogen and oxygen from Mars’ atmosphere into space. Like EXI, the EMUS instrument was designed by Emirati and U.S. engineers at the University of Colorado.

Lastly, the spacecraft will host a thermal infrared spectrograph developed by Arizona State University, known as the Emirates Mars Infrared Spectrometer (EMIRS). The instrument will examine temperature patterns, ice, water vapor, and dust in the Martian atmosphere to track its water cycle and thermal state. EMIRS features a spatial resolution of 300 kilometers (186.4 miles) and is capable of making up to 60 observations a week.

We proudly announce the successful transfer of the first Regional Mars probe from the Mohammed bin Rashid Space Center in Dubai to the launch site on Tanegashima island in Japan, in an 83-hour operation under the supervision of a team of Emirati engineers. pic.twitter.com/06D5r0xDim

Upon its completion at the Laboratory of Atmospheric and Space Physics, the Hope spacecraft underwent environmental testing in the United States, which began in June 2019 and concluded in December 2020. The probe was then transported to MBRSC’s facilities in Dubai in the United Arab Emirates for a final set of tests before shipping to the launch site.

Hope will now undergo final checkouts before its integration onto the two-stage medium-lift H-IIA launch vehicle, manufactured by Mitsubishi Heavy Industries (MHI). The H-IIA first flew in 2001 and has enjoyed 40 successful launches to date.

The Emirates Mars Mission is set to launch at the beginning of a three-week-long launch window, which will open July 14th and close on August 3rd. If, for any reason, the launch cannot be attempted within this window, the mission would have to wait two years for another launch opportunity to arise. 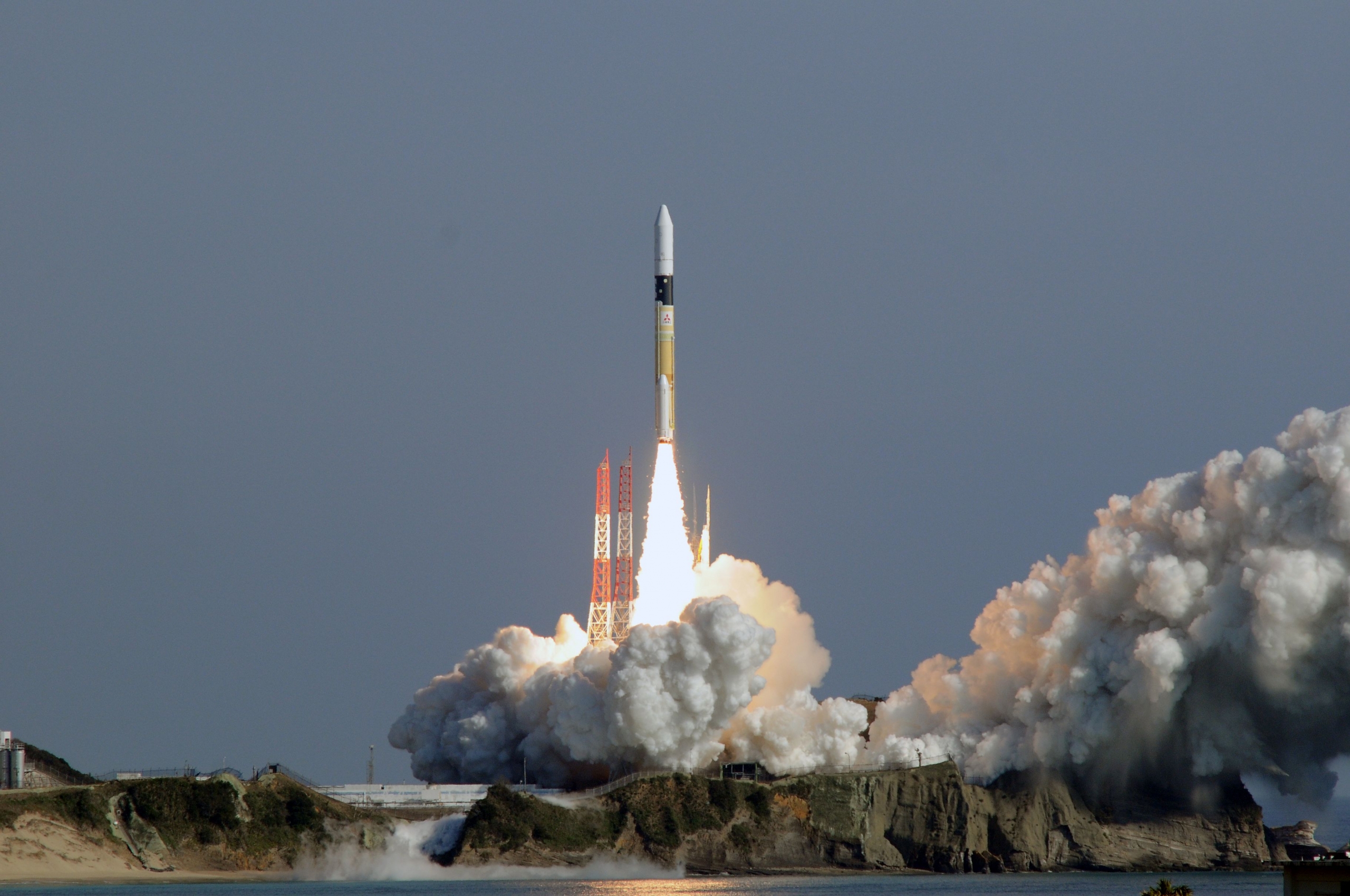 Following launch, Hope will deploy its solar panels and activate its onboard antennas in preparation for a nine-month-long coast to the Red Planet, with an arrival set to occur in 2021. (This will coincide with the 50th anniversary of the formation of the United Arab Emirates.) Upon arrival, the spacecraft will fire its thrusters to place itself into an elliptical 22,000 x 44,000 kilometer (13,670 x 27,340 mile) orbit, with an orbital period of 55 days. Hope’s mission is planned to last until 2023, with a possible mission extension allowing for a stay until 2025.

Hope is one of three Mars missions slated to launch in July. NASA’s Perseverance surface rover is still on track towards a July 17th launch on a United Launch Alliance Atlas V 541 rocket from Cape Canaveral in Florida, with the U.S. agency taking all necessary steps to keep the mission on schedule amidst the novel coronavirus (COVID-19) pandemic. Perseverance is currently scheduled to make a landing on the Red Planet on February 18th, 2021.

The China National Space Administration (CNSA) is also preparing to launch the Tianwen-1 exploration mission – consisting of an orbiter, a lander, and a rover – to Mars using a Long March 5 heavy-lift launch vehicle. Not much is known regarding the mission’s status at this time, though it has been scheduled to launch no earlier than July and arrive at Mars in February 2021.