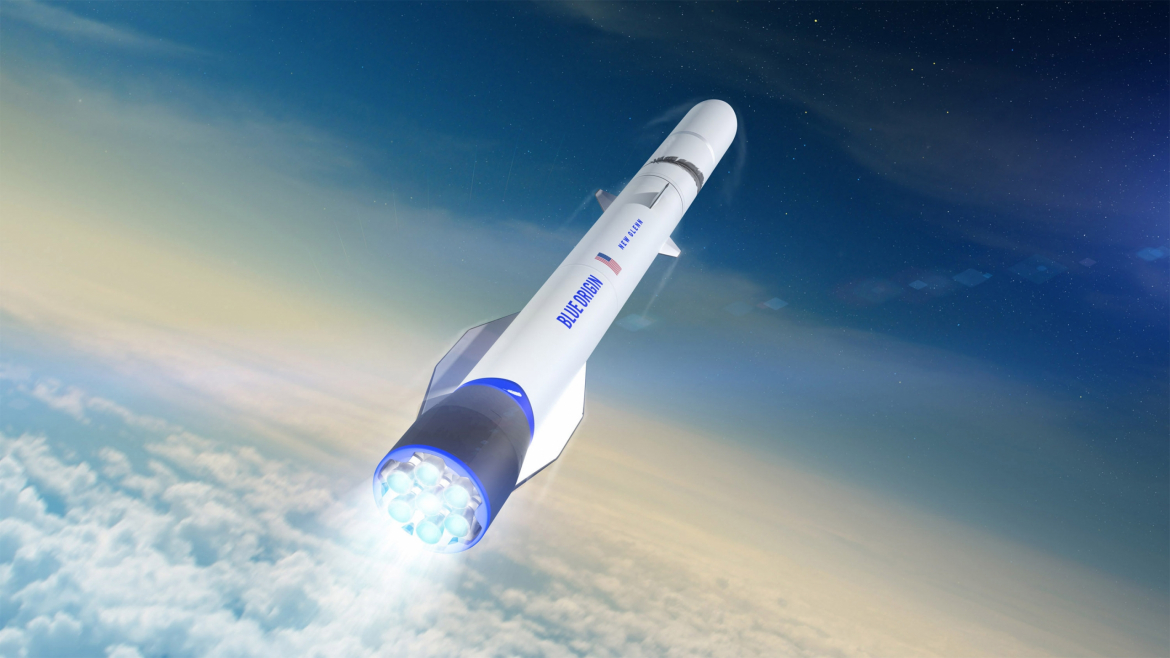 Blue Origin has been making significant progress on the structures, systems, propulsion, and infrastructure supporting their New Glenn heavy lift rocket. Though the company is traditionally quite secretive about most of their operations, they have recently been revealing more and more information as they work towards a first flight date of no earlier than 2021. They also won through as part of the Human Landing System (HLS) award winners as its goals move from the suborbital, through to Low Earth Orbit and beyond.

At their facility in West Texas, Blue Origin has been conducting test fires of both its BE-4 first stage engine and BE-3U upper stage engine. BE-3U is a variant of the BE-3PM engine that has powered the suborbital, reusable New Shepard vehicle on 12 flights. Unlike the tap-off cycle PM variant, BE-3U operates on an open expander cycle, which in turn with a vacuum optimized nozzle creates higher thrust, efficiency, and provides for multiple restarts in space.

On February 14, 2020, Blue Origin opened a “high-rate engine production facility” in Huntsville, Alabama for both the BE-4 and BE-3U engine. Nearby, the company is currently in the process of renovating test stand 4670 at NASA’s Marshall Space Flight Center.

Through an agreement with NASA, the company can use this previously unused test stand. This test stand once helped prove the F-1 engines of the Saturn V and the RS-25 Space Shuttle Main Engine and will be able to accommodate both a BE-4 and a BE-3U engine.

The company is also in the process of developing the next “block upgrade” of the BE-4. Blue Origin is expecting to be able to fly a BE-4 engine 25 times before major refurbishment.

Developing BE-4 for Vulcan

As well as adding to the company’s capabilities and improving the reliability of their engines, stand 4670 and the engine production facility are both conveniently located near Decatur, Alabama, where United Launch Alliance produces their Atlas, Delta, and Vulcan rocket families.

Blue Origin is in the unique position of not only developing BE-4 for New Glenn, but also for another launch vehicle: ULA’s Vulcan. 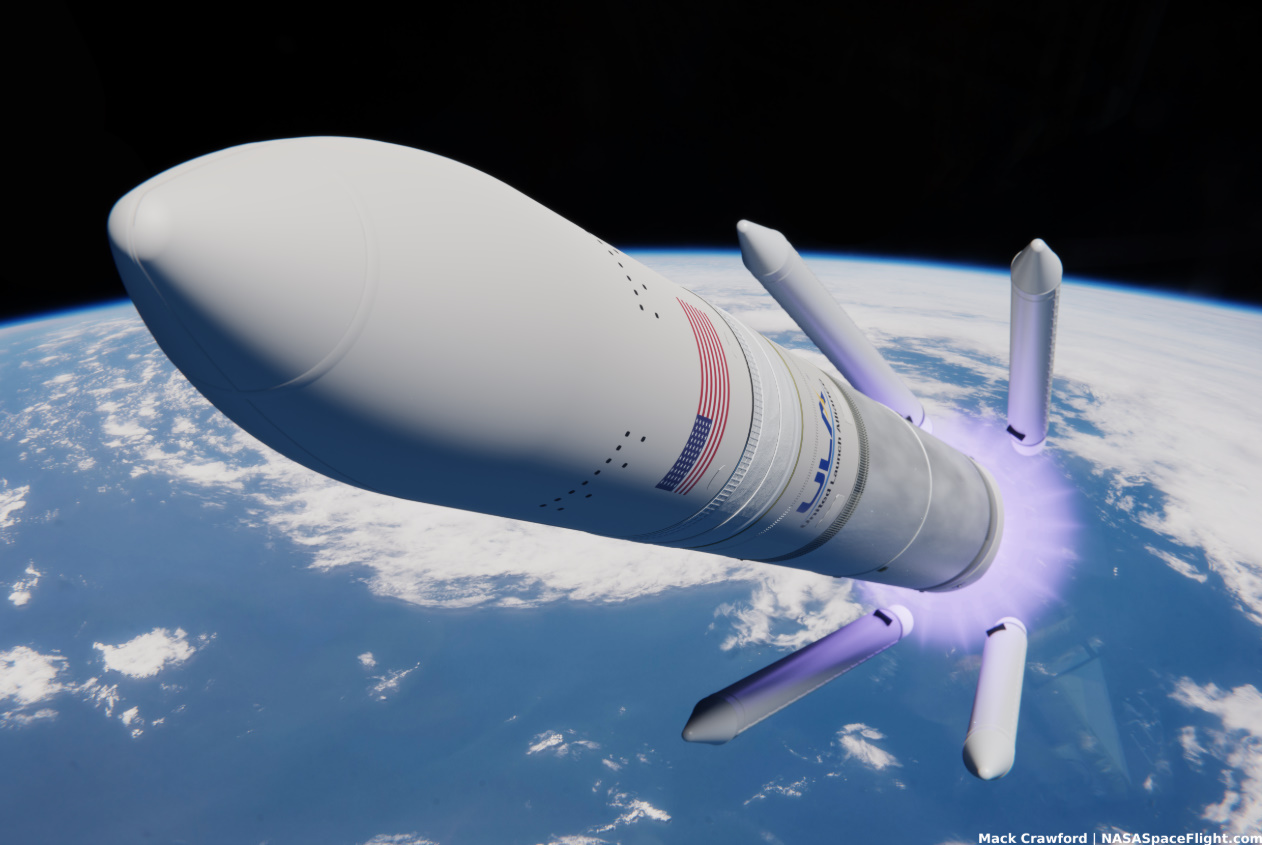 The company expects to deliver two “flight readiness” BE-4 engines to ULA this summer. These two engines will be attached to a Vulcan rocket for a hot-fire at SLC-41.

ULA will not perform a static test of the Vulcan’s engines before every flight—this first test will be similar to the Space Shuttle’s Flight Readiness Firing, where a short duration burn would be conducted on the pad before each orbiter’s first flight.

Inside of their manufacturing complex in Cape Canaveral, Florida, Blue Origin is working on the physical hardware that will make up New Glenn.

The company has been producing barrel panels that are friction-stir welded into fuel tanks. Due to their size, these tanks are constructed in the high bay of their factory.

Here’s an inside look at how a #NewGlenn 7 meter fairing is designed, and the capabilities it brings to commercial, civil and national security customers. pic.twitter.com/TQDbB1RJTk

The manufacturing complex building is also home to Blue Origin’s futuristic and expansive Mission Control Center, which the company shared a video of last month.

An inside look at our completed mission control in the #NewGlenn rocket factory. pic.twitter.com/65FAhPBbgh

Next to their factory, Blue Origin has also constructed a massive building, more than 200 feet high, for the purpose of testing and cleaning the first stage of New Glenn in between flights.

At their launch site, located at Cape Canaveral’s Launch Complex 36, considerable progress has been made. 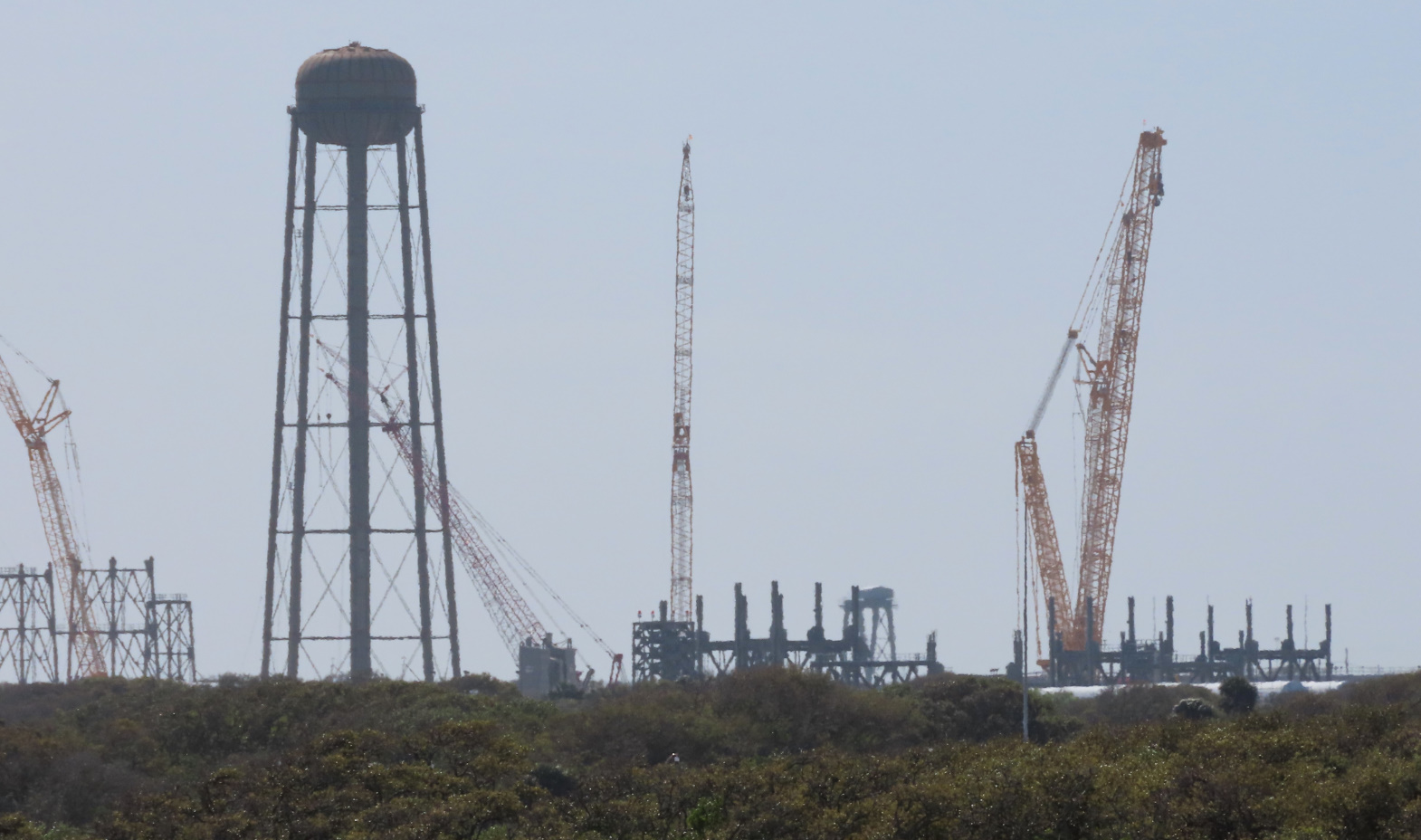 The horizontal integration facility, or HIF, is continuing to take shape. Blue Origin is currently working towards stacking sections of their main launch tower and preparing pad ground service equipment, or GSE.

Finally, in Pensacola, Florida, Blue Origin is in the process of modifying and refurbishing a massive ship that will serve as a recovery platform for New Glenn first stages.

Formerly named Stena Freighter, this massive roll-on/roll-off cargo ship is now called LPV, or Landing Platform Vessel. Unlike the drone ships used by SpaceX, LPV will recover New Glenn while it is underway, which, according to Blue Origin, will improve the stability of the ship, especially in rough sea conditions.

NASA, SpaceX enters the critical month of May on track to end the gap