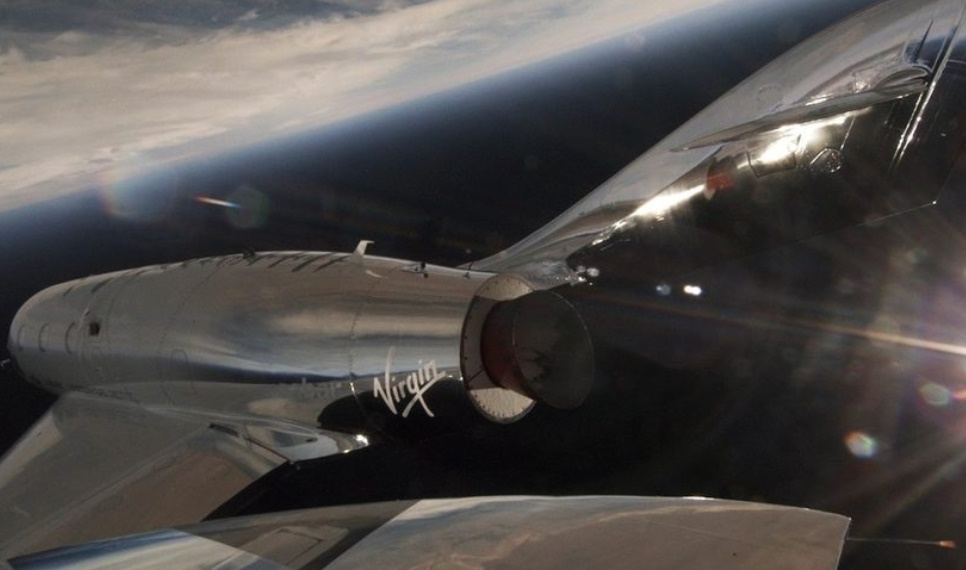 A Space Act Agreement (SAA) between NASA, Virgin Galactic and The Spaceship Company (TSC) has been announced, raising the hope that spacecraft could one day become a future high-speed civilian transportation system. Utilizing the “Point-To-Point” method, Virgin Galactic – and as previously envisioned by SpaceX – is aiming for a transportation option that would vastly reduce transit times.

The SAA is aimed at “advancing the United States’ efforts to produce technically feasible, high Mach vehicles for potential civil applications,” noted the text of the agreement.

The general idea revolves around launching the vehicle into space from its departure point, before re-entering and arriving at the destination site for landing – all in a fraction of the time it would take to fly between both points on a conventional airliner.

This is a somewhat obvious application, but it has never been realized due to most vehicles being unable to conduct such a mission profile that results in a landing and a quick turnaround for reuse.

It’s been a year since Sir Richard Branson noted his interest in setting up more spaceports around the world, in addition to Spaceport America, to allow the build-up of a network of destinations with passengers flying between them on SpaceShipTwo, or a variant that is yet to be designed by TSC.

Sir Branson said he envisions “a global network of spaceports, trans-continental supersonic space flights, delivering passengers anywhere on the world within a couple of hours.”

A bit of an Easter Egg from Richard Branson. Talking about a global network of spaceports, trans-continental supersonic space flights, delivering passengers anywhere on the world within a couple of hours. pic.twitter.com/WBZ6xvsfPO

Now, one year on, the announcement of an SAA with NASA takes the potential of this becoming reality one step closer, with Virgin Galactic believing it can “leverage its robust platform of advanced technologies, significant vertically integrated design, engineering and manufacturing capabilities, and thousands of hours of flight testing to develop additional aerospace applications.”

Virgin Galactic added it is seeking to develop a vehicle “for the next-generation of safe and efficient high-speed air travel, with a focus on customer experience and environmental responsibility.”

“This Space Act Agreement will enable NASA to collaborate with Virgin Galactic and The Spaceship Company to allow our organizations to take advantage of new tools, techniques, and technologies developed over the last 50 years and to explore potential new solutions for the commercial aviation industry,” noted Dr. James Kenyon, Director of the NASA Aeronautics Advanced Air Vehicles Program.

Citing opportunities “to apply higher speeds to drive technological development to allow industries to adapt to the changing economic and ecological environment,” the partners believe the collaboration during the SAA’s term will inform the development of national strategies using economic and technical foundations with a focus on sustainability. 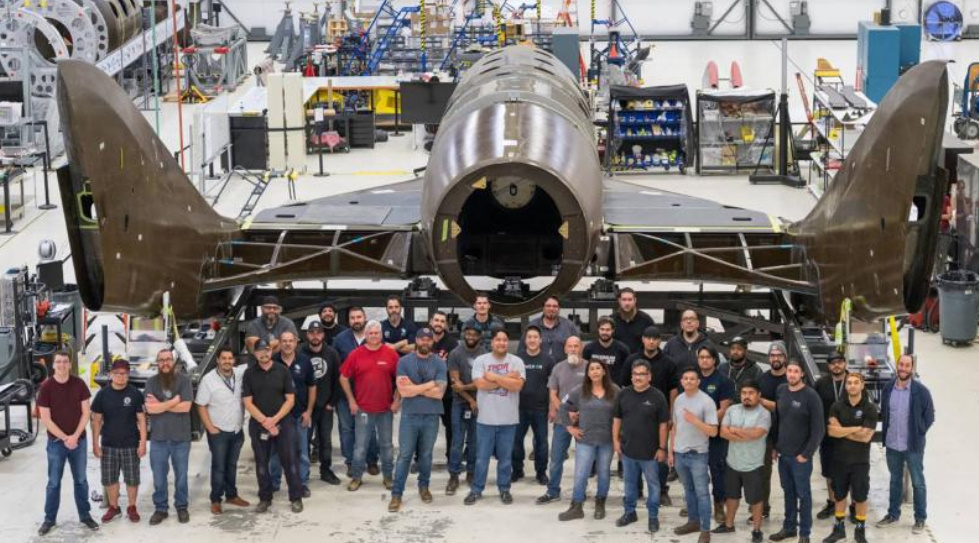 “This is the beginning of an important partnership for Virgin Galactic and The Spaceship Company that will support the future development of aviation technology,” added George Whitesides, CEO of Virgin Galactic Holdings.

“Virgin Galactic’s unique experience and innovative technology platform will, in partnership with the historic capabilities of NASA and other government agencies, enable the progression of new technical steps that will improve US competitiveness. We see this as an area with tremendous growth potential that we will continue to invest in, alongside our commercial spaceflight operations.”

Point-To-Point opportunities – often cited over the years, including a short-lived option with the defunct VentureStar program, shown in one render as launching from an airport with paying passengers – gained a major boost when Elon Musk noted it as one of Starship’s uses during the “Earth To Earth” reveal in 2017.

Such a network plays into one of Elon Musk’s aspirations for SpaceX’s Starship and Super Heavy vehicles, as shown in his “Earth To Earth” concept. 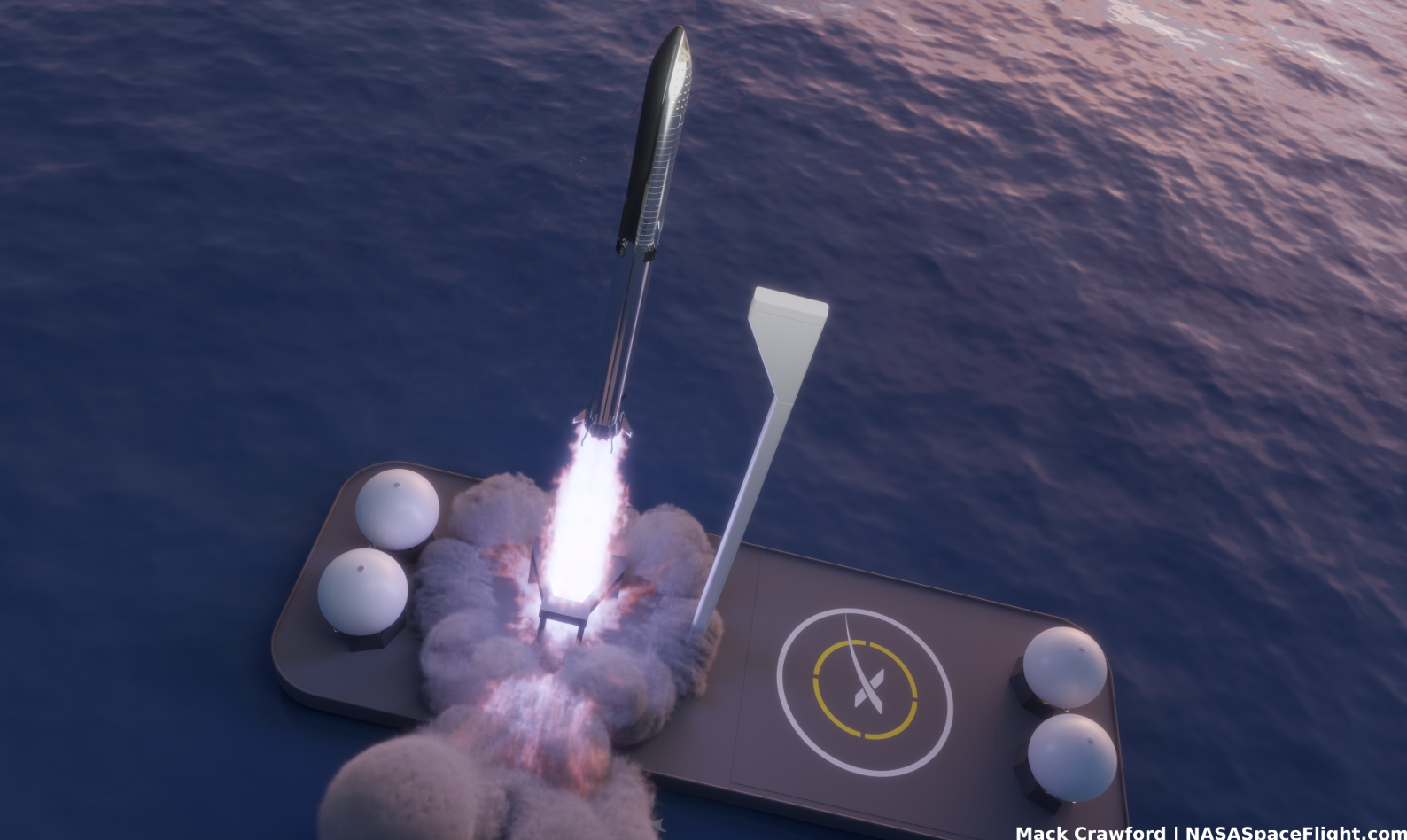 Very little has been said about the use of Starships to transport people from cities around the world with transit times that would allow passengers to arrive anywhere in the world within the hour.

This is likely due to SpaceX’s focus on developing the vehicle as is ongoing in Boca Chica and maturing the technology to prove it could be safely utilized in the domestic travel arena as well as the hurdles that would need to be overcome with domestic authorities – both in the States and aboard – to approve Starship launches and landings.

Such launch and landing facilities – envisioned to be out in the water next to major population centers – would also require huge amounts of propellant to keep the vehicles suitably fueled for point-to-point missions.

However, with Sir Branson’s comments last year and this newly announced SAA, the potential for a two-tier transportation system could become available, with SpaceX working on orbital velocity flights and Virgin Galactic working on supersonic suborbital transits.