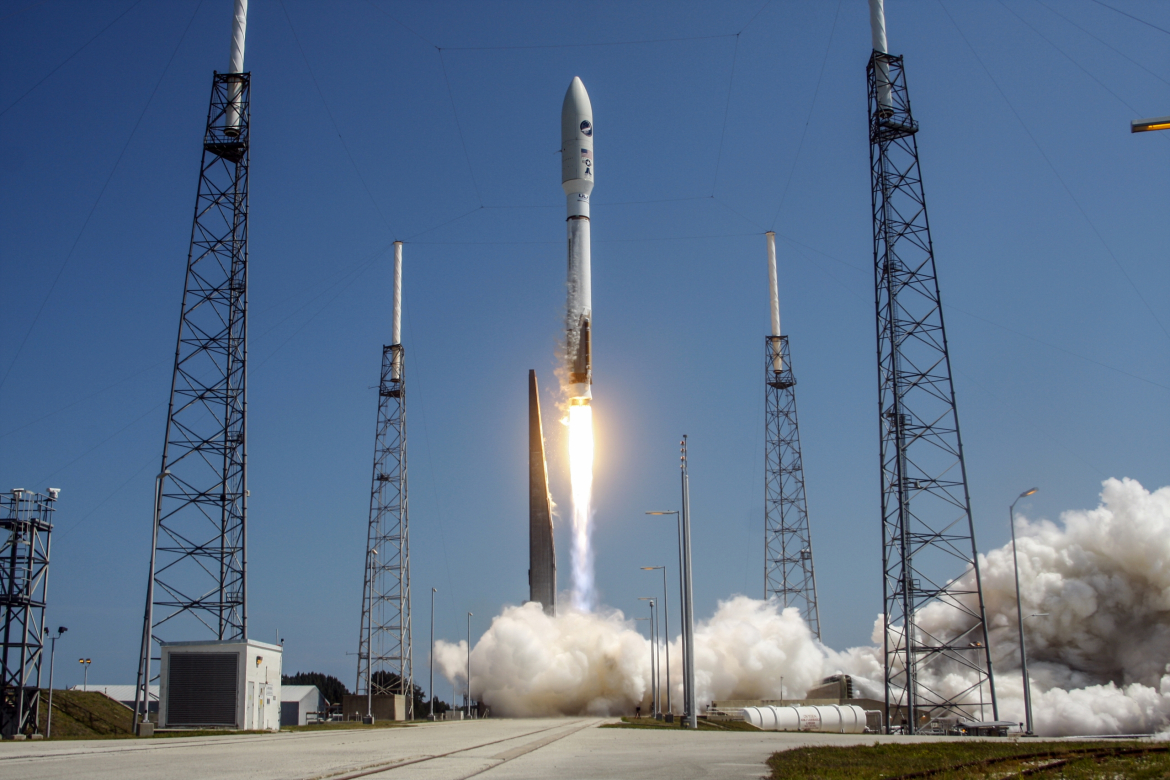 United Launch Alliance is proceeding smoothly through the final round of preflight elements of the Atlas V rocket tasked with launching the U.S. Space Force’s X-37B spaceplane on its sixth mission next week.

The Atlas V 501 rocket is slated to lift off from SLC-41 at the Cape Canaveral Air Force Station, Florida, on Saturday, 16 May.  The precise launch time this day has not yet been released by United Launch Alliance or the U.S. Space Force.

Overall, everything is going quite smoothly with the Atlas V’s flow toward its launch next weekend.

Stacking of the Atlas V booster and the Centaur upper stage proceeded without incident at SLC-41 beginning in late-April.

The payload was hoisted up and mated to the top of the rocket on Tuesday, 5 May, and has since undergone dedicated spacecraft checkouts — confirming the independent health of the booster and the spaceplane.

Beginning on Saturday, 9 May, ULA will perform integrated system checks of the entire vehicle/payload stack. 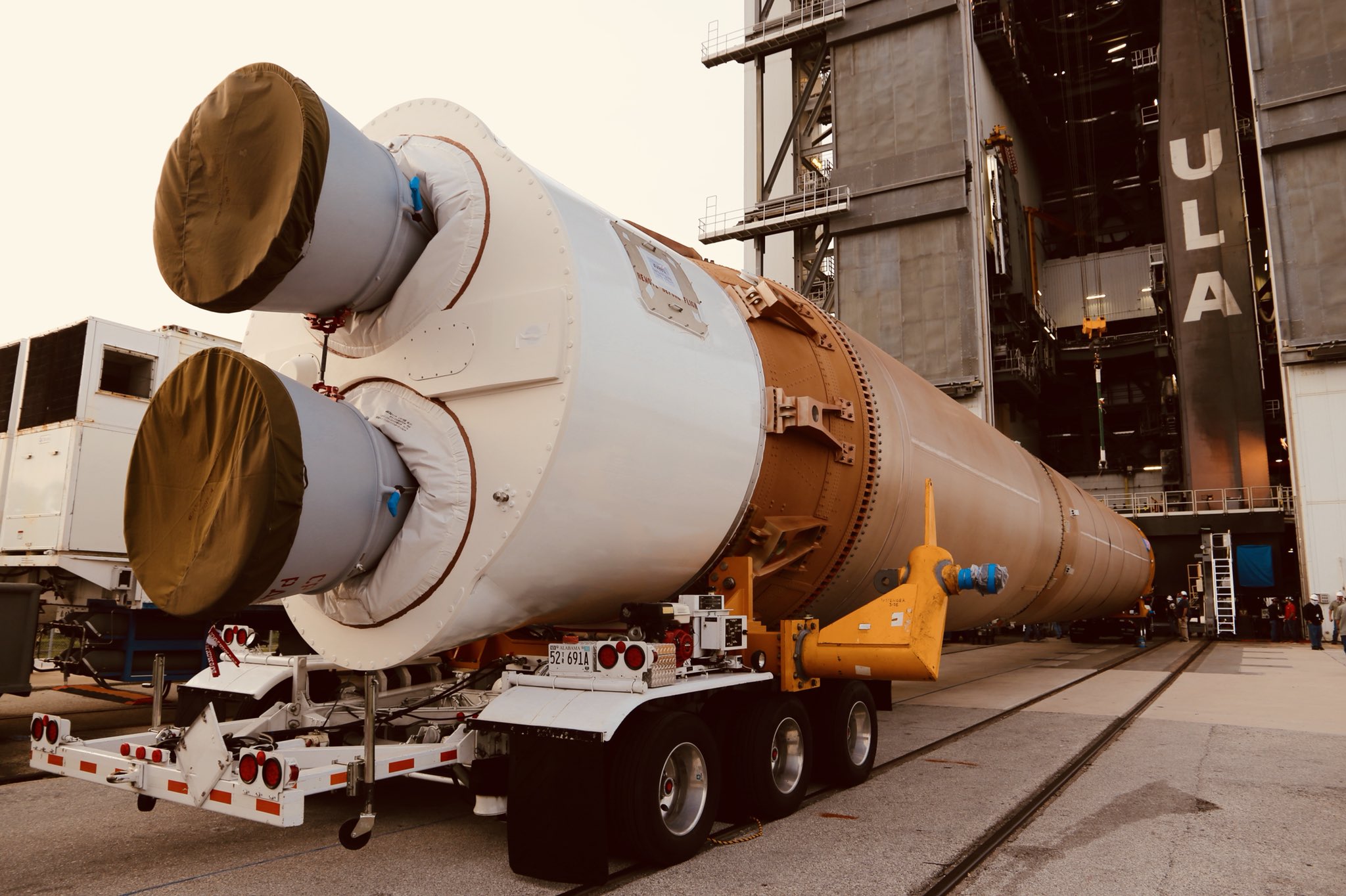 According to Tony Taliancich, Director and General Manager of Launch Operations, United Launch Alliance In an interview with NASASpaceflight on Friday, 8 May, “Tomorrow, on Saturday, we’re going to do integrated system checks — that’s testing the whole launch vehicle-satellite stack to ensure everything is operating properly.

“And then essentially next week we get into closeouts and launch.  It’s a very simple and straightforward process, a couple days of closing up all the compartments and checking out everything and having our engineering team go through and walk down everything and check out and make sure [everything’s] right.”

After that, teams will come in and roll the Atlas V rocket out to its seaside launchpad on Thursday, 14 May.

Friday the 15th will be a Crew Rest Day with no work performed.

The launch team will then arrive on console just after midnight local time (just after 04:00 UTC) on Saturday, 16 May to activate Atlas V’s systems and prepare for countdown, fueling, and launch operations.

A precise launch time for this mission on 16 May has not been released by United Launch Alliance or the U.S. Space Force.

However, the 45th Space Wing, which oversees all launch and safety operations at the Florida spaceport, is preparing for two launches roughly 36 hours apart from each other — with the Falcon 9 following Atlas V on Monday, 18 May at 03:09 EDT (07:09 UTC).

Given Falcon 9’s launch time is public, this would translate to a “mid-morning” local time (early afternoon UTC) launch of Atlas V on Saturday, 16 May.

A beautiful morning on the Space Coast as the unique Atlas V 411 configuration made its way to SLC-41 with ESA’s #SolarOrbiter.

Follow along as we cover this exciting international collaboration at https://t.co/OQwM6qtoKI

Launch is set for Sunday February 9 at 11:03pm EST pic.twitter.com/Ri1flet6sU

The precise launch time is expected to be revealed a couple of days prior to launch.

What’s even more impressive about this particular mission is that United Launch Alliance advanced the launch by four days, pulling it forward from 20 May.

“In the end we were able to absorb some of the margin that we had and bring the launch date back a few days from where we had originally, notionally been planning it,” noted Mr. Taliancich.  “Typically, when we set our manifest, we have planning dates that are out there.  With some of these missions, you start out with a nominal schedule, and you accommodate potential risks.

“So as we got into this flow more, we were able to kind of look at everything and see where we were with the spacecraft and the launch vehicle.  And we decided we could pull it back a few days.”

This directly benefits the next mission in ULA’s manifest, NASA’s Perseverance rover — which is slated to launch on 17 July.

Perseverance must launch within a very short 20-day interplanetary launch window to Mars or stand down for 26 months.

This extra margin is important as United Launch Alliance adds additional margin for schedule protection into interplanetary launch mission flows (like that of Perseverance) as well as performs a Wet Dress Rehearsal (full fueling of the rocket on the pad) which takes up additional time in the pre-launch processing elements for interplanetary missions.

Back in December when NASA and ULA were still protecting for a potential Spring 2020 Starliner Crew Flight Test, ULA said there was room in the manifest in May, but that the pad had to be turned over for the Perseverance mission by late-May.

So how long does USSF-7 have to launch before ULA would have to potentially destack and delay the mission to protect Perserverance’s launch window in July?

Mr. Taliancich declined to provide a specific date or general time frame for when the pad must be turned over, noting that ULA has “significant margin to be able to support that interplanetary mission date.”

Mr. Taliancich continued, saying, “We know where the risk areas are.  We plan for that.  And we believe for [Perseverance], especially having moved [USSF-7] up a few days, that we’re in good shape to be able to hit the opening of the window date on the 17th of July.”

Overall, the USSF-7 mission will be the 139th mission for United Launch Alliance since its founding in 2006 and the 84th mission of the Atlas V rocket.

In terms of the Atlas V configuration, this will be the seventh flight of the 501 variant, flying with a 5-meter payload fairing (5), no solid rocket motors (0), and a single-engine Centaur upper stage (1).