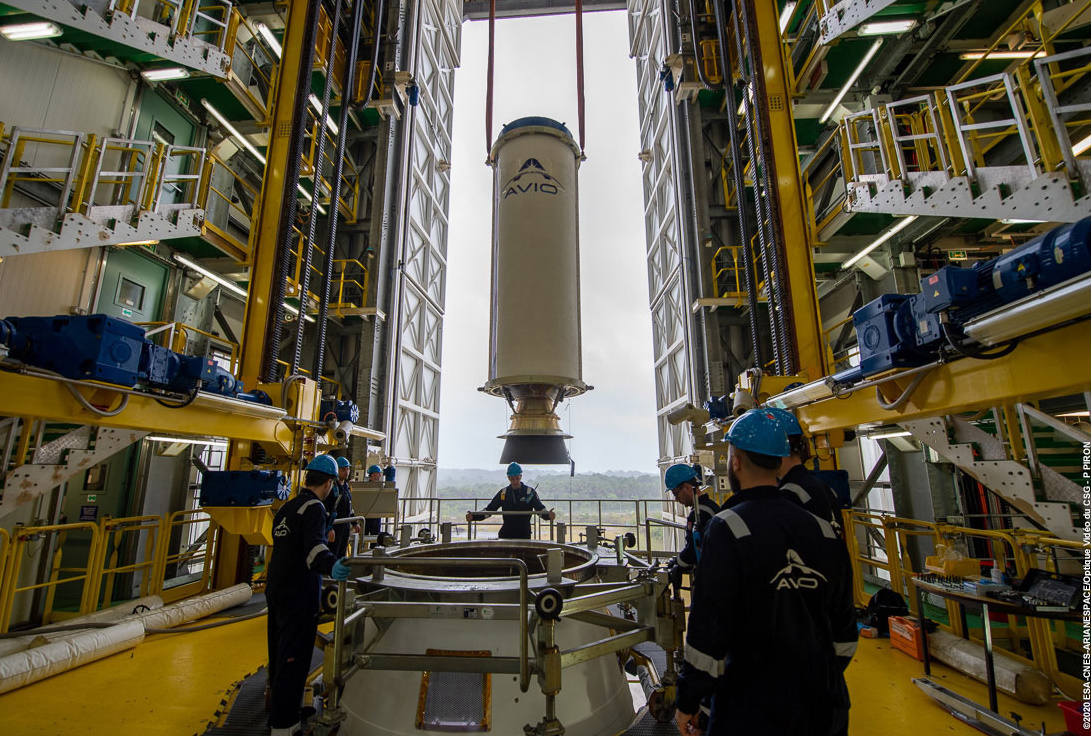 Arianespace has resumed the launch campaign for the Vega’s return to flight. After being on hold for two months due to the COVID-19 pandemic, the VV16 mission can once again prepare for what is scheduled to be a mid-June launch date.

The SSMS is Vega’s rideshare configuration. The SSMS is a modular dispenser that serves as an interface for a group of microsatellites and CubeSats. SSMS is capable of a full range of payload needs and combinations. It is also being designed to be as responsive as possible to meet the needs of the growing launch market for institutional and commercial customers.

The concept for the SSMS was made by Avio, the prime contractor of the Vega rocket. The design authority for the SSMS is SAB Aerospace, an independent Italian SME (small/medium enterprise).

VV16 is the proof-of-concept flight for the Vega rocket with the SSMS configuration. It is also the first flight of the Vega since VV15 in July 2019.

VV15 – launching the Falcon Eye 1 satellite – was the first failure of the Vega after 14 consecutive launch successes. The VV15 failure was caused by a thermo-structure failure in the forward dome area of the Z23 motor second stage at ignition.

After a 7-month hiatus with the Vega rocket, the VV16 Vega stacked in February 2020 at the SLV launch pad and was on course for a March launch date. Then, on March 18, all of the launch campaigns at the Guiana Space Center were put on hold due to the COVID-19 pandemic. At the time, VV16 and VA253 were fully assembled and almost ready for launch.

For VV16, operations once again started on June 1st after a decision to restart operational activities at the spaceport. A team of some 70 engineers and technicians from Avio and personnel from other companies were flown on a chartered jet from Europe to French Guiana. After arriving at the Félix Eboué Airport near Cayenne, the team underwent quarantine before being authorized to work at the launch pad.

“We are delighted to have resumed operations,” said Thierry Wilmart, who heads the Missions & Customers Department at Arianespace. “Protective measures relating to COVID-19 have been taken throughout the launch site’s facilities, and mission personnel have received instructions on respecting the sanitary guidelines.”

Wilmart noted that among the first activities was an evaluation of using smart glasses during payload preparation activities with several of the spacecraft passengers on Flight VV16. “The results are very positive, and this efficient means of being connected enables customers to remotely monitor operations conducted by Arianespace personnel on their satellites.” 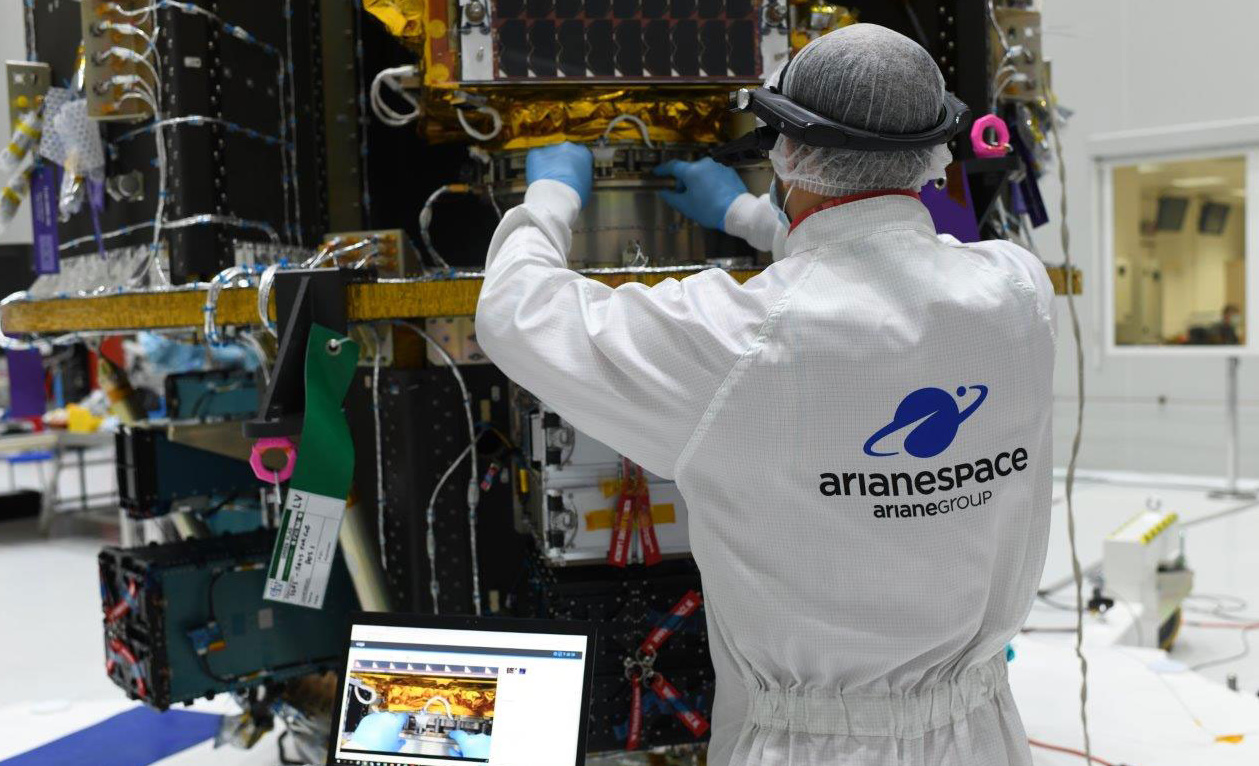 VV16 will launch 53 smallsats into a Sun-Synchronous Orbit for 21 customers. These spacecraft are to serve various applications, which include Earth observation, telecommunications, science, technology, and education.

Some customers include Planet Labs with 26 Flock-4v CubeSats, Spire with three Lemur-2 CubeSats, the ION CubeSat Carrier made by D-Orbit, and Swarm Technologies with 12 SpaceBEE CubeSats.

Soon the payloads for VV16 will be integrated onto the Vega and will begin final preparations for launch, which is targeted for June 18.

This is not the only company that will be launching rideshare missions in the near future. SpaceX with the 9th Starlink mission (v1.0 L8) will launch with three SkySats in mid-June, SAOCOM-1B with two Smallsats with a NET date of July, the CRS-22 mission with many CubeSats, and the SmallSat Rideshare Mission-1.

Rocket Lab’s missions are mainly rideshare flights, and the next mission is Don’t Stop Me Now with multiple NRO Sats, ANDESITE, and the M2 Pathfinder satellite. It has a launch window of June 11-24 at 04:43 – 06:32 UTC.

Firefly with the maiden flight of the Alpha rocket will launch multiple student CubeSats into orbit in Q3 of this year.