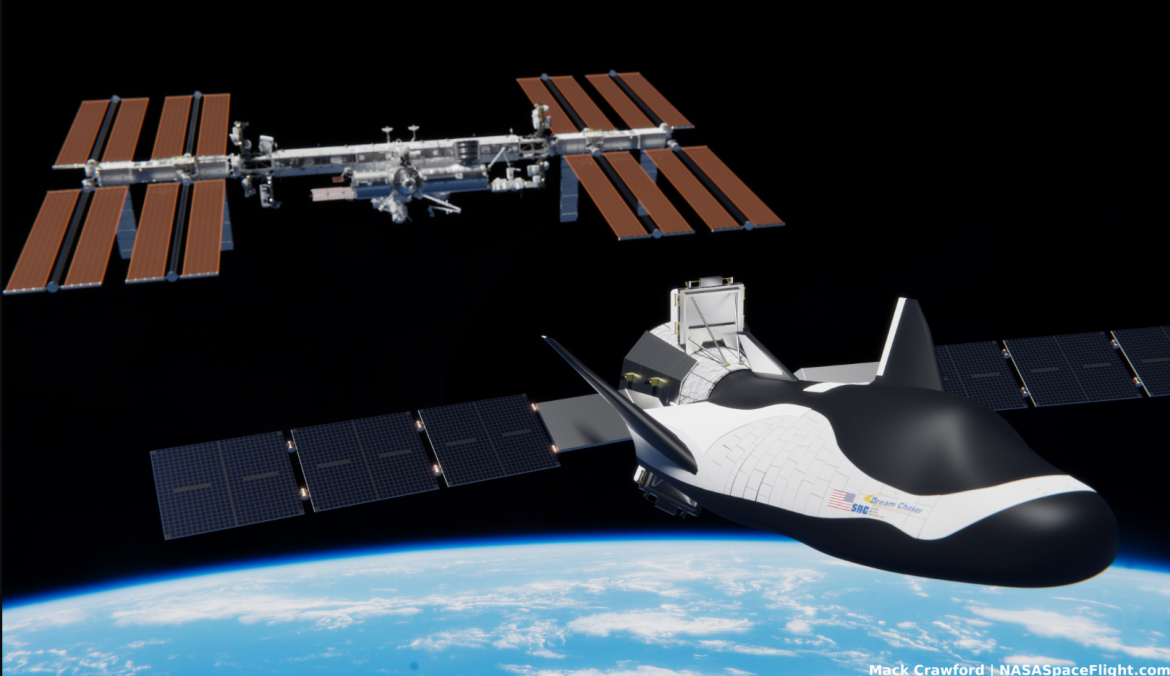 The Sierra Nevada Corporation has announced its Louisville, Colorado production center has received the Thermal Protection System tiles for Tenacity, the first space-worthy Dream Chaser, and has started bonding them to the vehicle.

This is another major milestone Tenacity has reached as she walks down the path to her first launch to the International Space Station — which is right now slated to occur in 2021 with a launch on ULA’s Vulcan rocket.

The Thermal Protection System (TPS) tiles are one of the major hardware components used on Dream Chaser and cover nearly the entire craft to protect it from the heat of the sun and the plasma regime during atmospheric reentry. The tiles can withstand the scorching heat of 1,650°C (3,000°F) and prevent the vehicle from being destroyed during reentry.

Dream Chaser has approximately 2,000 TPS tile compared to the 24,000 tiles used on the Space Shuttle. Dream Chaser is about 1/4 the size of a Shuttle Orbiter.

The tiles on Dream Chaser utilize a room temperature vulcanizing (RTV) silicone to keep the tiles bonded to the vehicle at all times. The silicone can withstand high temperatures, making it ideal for use.

Our Dream Chaser® spaceplane is starting to get the black & white color that’s seen in renderings! We've started bonding the Thermal Protection System tiles to the vehicle. Learn more how the tiles protect Dream Chaser from extreme heat by clicking here https://t.co/HngXxF3o6w. pic.twitter.com/a4lcBeSwma

Each of the tiles is tested by a mechanism that pulls on each one, helping avoid issues of the tiles falling off, which happened early in the Space Shuttle Program.

When workers first tried to ferry Shuttle Columbia to the Kennedy Space Center in 1979 on the back of a 747, hundreds of TPS tiles tore free from the ship during the initial stages of flight simply from air resistance and flow.

Had that occurred on launch and not on the ferry flight, Columbia and her two person crew would likely have been doomed.

As it was, when Columbia launched on STS-1 on 12 April 1981, a few TPS tiles still came free during launch. Thankfully, the missing tiles were from areas of the vehicle that could survive atmospheric reentry without them.

For Sierra Nevada, the 30 year, 135 flight history of the Shuttle Program and TPS bonding best practices are now incorporated to Dream Chaser.

Using the lessons learned from the Shuttle Program, Sierra Nevada engineers updated the TPS tiles using innovative and modern technologies, making the tiles stronger, lighter, and cheaper than the ones used for the Shuttle.

The tiles on Dream Chaser are approximately 10 by 10 inches, while the tiles used on the Shuttle were about six by six inches. This allows fewer overall tiles to be used and helps meet all of the Micro-Meteoroid Orbital Debris requirements to ensure a the TPS is intact for a safe entry, descent, and runway landing of cargo and possible crew missions. 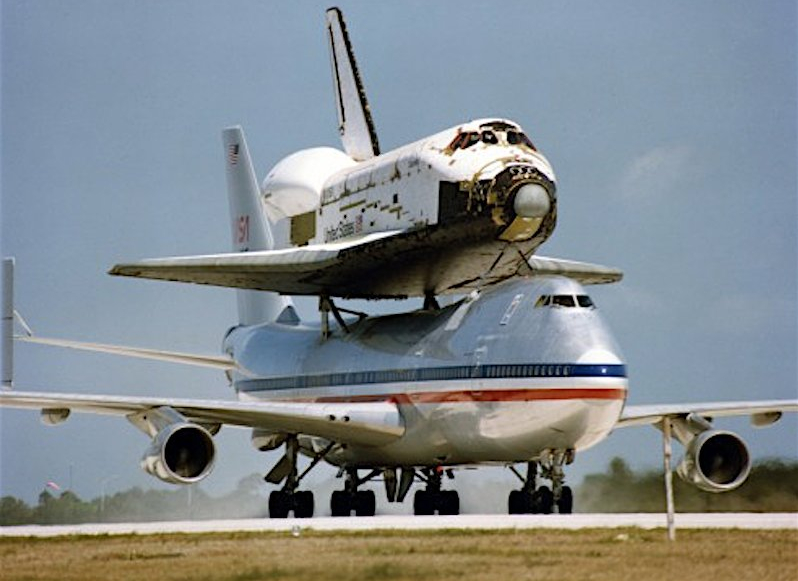 The requirements help ensure Dream Chaser will not be severely damaged from orbital debris or micro-meteorite impacts — an aspect of spaceflight all satellites and vehicles have to contend with.

But the TPS tiles were not the only hardware delivered to Sierra Nevada in the past year.

In October 2019, final assembly, integration, and testing began after the primary structure for Tenacity was delivered from Lockheed Martin. The structure makes up most of the vehicle and is the most advanced high-temperature composite spaceframe ever built.

In late-April 2020, Tenacity received her wings, which are also made by Lockheed Martin. These wings function as a stabilizer for the lift generated by the body of the vehicle and will soon be integrated onto Tenacity as a part of final assembly.

In mid-May, the Shooting Star expendable cargo, power, and propulsion module arrived for integration activities. The name is a nod to the fact that the Shooting Star module is the only part of Dream Chaser that is disposable and will burn up in the atmosphere, just like a shooting star.

The module will provide solar panels, on-orbit propulsion, a Passive Common Berthing Mechanism (which allows Dream Chaser to be berthed to the ISS), as well as areas for unpressurized cargo to and disposable cargo from the Station.

In late-May, Sierra Nevada received the dorsal panel for Dream Chaser, which is one of the two points of entry into the craft — the other being the Shooting Star module.

Once Shooting Star and Dream Chaser are integrated onto the Vulcan rocket, the only way to access Dream Chaser will be through the dorsal panel, providing late-load capability for time sensitive experiments and perishable items for the Station’s crew.

Moreover, Sierra Nevada is not only receiving hardware deliveries but is sending hardware as well. On 3 June 2020, the Kennedy Space Center received Dream Chaser’s pressure test article. Similar to the pressurized cabin that will be used on flight-worthy Dream Chasers, the test article will validate the composites, bonded structure, and refurbishment operations.

As Tenacity moves down the road to its first launch on United Launch Alliance’s Vulcan-Centaur 542 rocket (flying with a 5-meter payload fairing, four Northrop Grumman GEM-63XL solid rocket boosters, and a dual-engine Centaur upper stage), Vulcan itself is currently walking a similar path to its first launch.

That debut Vulcan mission will launch Astrobotic’s Peregrine lunar lander to the Moon. Dream Chaser’s first flight will then follow as the second currently-scheduled flight of Vulcan sometime in 2021.

Tenacity and future Dream Chaser cargo missions to the Station will fly under the Commercial Resupply Services-2 round of NASA contracts. At least six Dream Chaser flights are guaranteed by the contract, with the option to add more when NASA needs them. 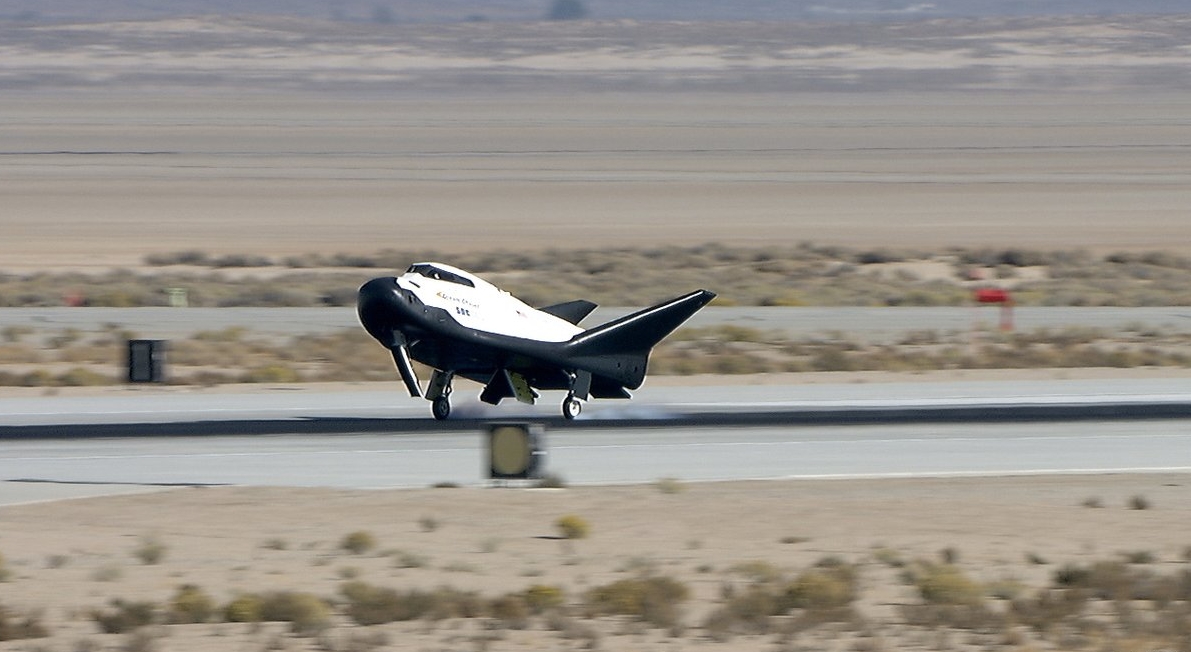 Dream Chaser will become the third and final CRS2 vehicle to fly. Northrop Grumman’s Cygnus craft was the first to fly a CRS2 contract mission, and SpaceX will begin their CRS2 flights later this year utilizing a modified, cargo-only Dragon v2 — commonly called “Crew” Dragon, of which the first operational one ended the nine year voluntary U.S. human launch stand down on 30 May 2020.

Significantly, Dream Chaser itself is designed to be a human launch and entry vehicle, not just a cargo hauler. While no crew flights are currently planned, dedicated, free-flying science missions of Dream Chaser are under discussion between Sierra Nevada and the United Nations.

The European Space Agency has also expressed interest in potential use of Dream Chaser.