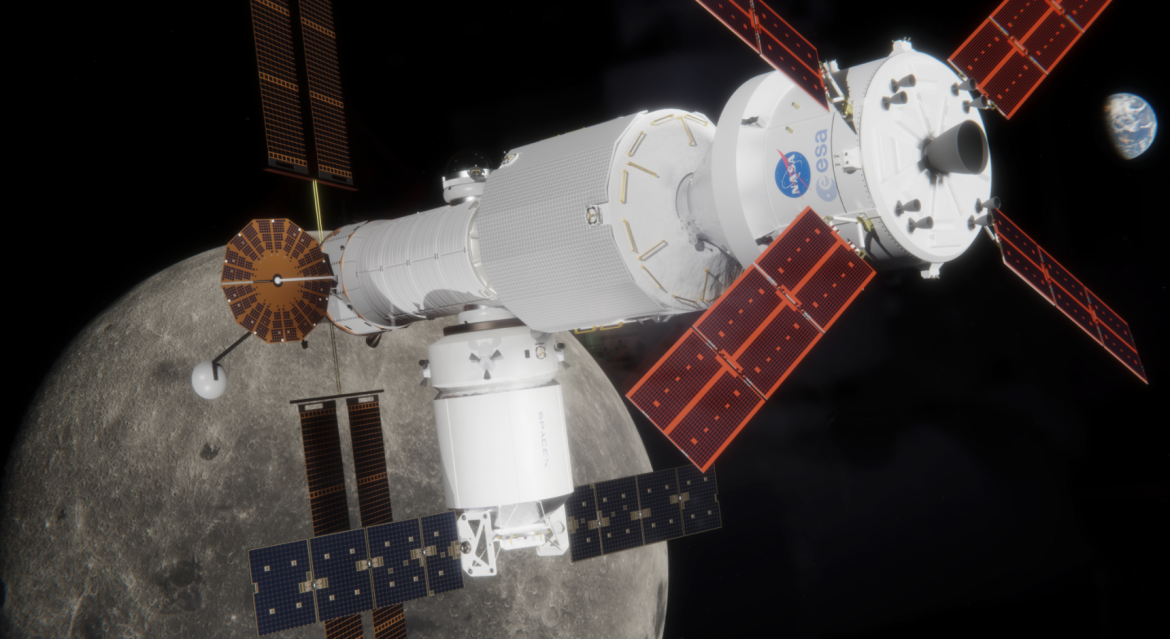 With the first two major elements of NASA’s Lunar Gateway under contract and development, Northrop Grumman has outlined their plans for the overall Habitation and Logistics Outpost (HALO) module, which will serve as the primary habitation and nexus for the lunar station.

HALO will now launch in a fully integrated configuration with Maxar’s Power and Propulsion Element — a change that has brought about alterations to HALO.  The duo will launch aboard a yet-to-be-officially confirmed rocket from the Florida spaceport in 2023.

HALO’s debut role at present will be to support the first planned human lunar landing Artemis mission.  While NASA lists that milestone as officially 2024 for political purposes, the agency’s senior managers under Kathy Leuders have declined to comment on the viability of the 2024 date, saying only that the landing will occur once all parts of the flight are ready to support and crew safety can be guaranteed as much as possible for such an endeavour.

Politically motivated dates that do not conform to schedule reality for the various elements of NASA’s moon plan have become a staple of the program, as NASA continued to publicly maintain — until a few months ago — that SLS would fly its first mission just before the Presidential election of 2020 even when their own public meetings all conclusively showed no ability for the rocket to meet that date for several months prior to the agency finally admitting it.

That first SLS flight is now late-2021 under the current schedule. 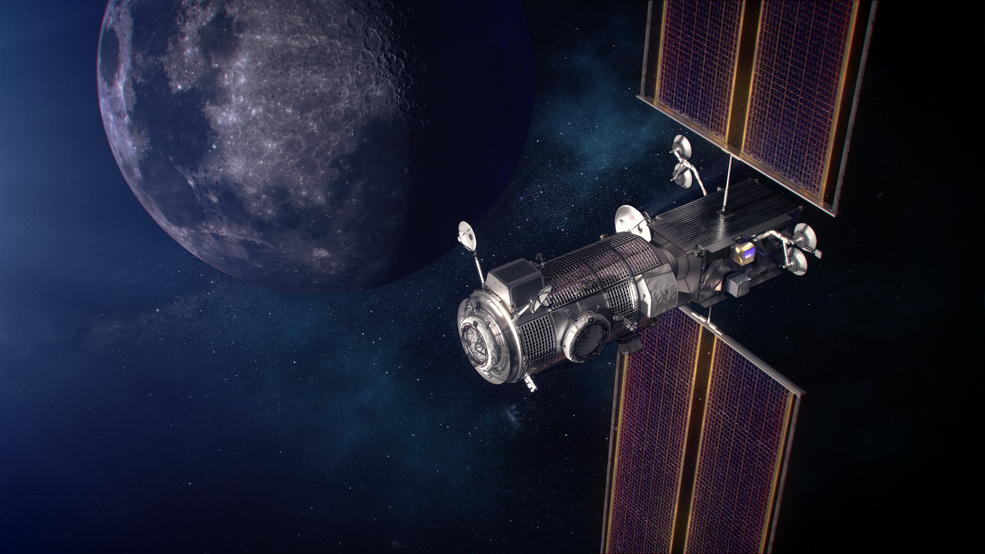 The PPE and HALO after launching together toward lunar orbit. (Credit: NASA)

However, regardless of when HALO will be needed to support the Artemis 3 lunar landing mission, the Gateway’s nascent module will be slightly different than originally proposed due to its now co-manifested launch with the Power and Propulsion Element (PPE).

Changes to HALO and connection to Cygnus:

In a July 2020 interview with NASASpaceflight, Dave Hastman, Vice President of Human Exploration and Operations, Northrop Grumman, said, “This is analogous to the International Space Station development.  You start with the engineers and say ‘What do you think you need?’  You come up with a list and then you realize what your schedule and budgets are.”

The cargo items now excluded from launching on HALO will have to be delivered separately on a future resupply mission, potentially on SpaceX’s Dragon XL craft — which is to-date the only confirmed resupply vehicle for the Gateway.

A few significant changes to HALO itself stemming from the co-manifested launch include the elimination of the service module, which would have provided propulsion and power to HALO as it went out to lunar orbit and docked with the PPE.  Those elements will now be controlled by the PPE using systems already planned for the element.

This reduces the overall cost for NASA by eliminating a launch and reducing the technical risk to the Gateway by removing the PPE/HALO docking maneuver.

But even with those eliminations, Northrop Grumman still had to find other ways to reduce HALO’s mass to meet the new dual-launch requirement.

NEW! Our lunar surface technology research opportunity seeks groundbreaking ideas from U.S. universities to advance technologies and capabilities needed for #Artemis exploration and operations on the Moon. Find out more about how to submit a proposal: https://t.co/dukPjNX4zK pic.twitter.com/S5TqeMYlI6

“We’re definitely putting a sharper point on analysis then maybe we had to before because if you can go in with some comfortable margin, it’s always a nice way to go,” said Mr. Hastman.  “We’ve narrowed down the launch vehicle it’s going on, so we’ve been able to take care of that, but a lot of the savings is also on NASA in terms of what they’ll be able to provide in terms of the initial Gateway.”

One thing that did not change with the decision to co-manifest HALO and PPE is the module’s overall internal habitable volume.  HALO itself is derived from the Cygnus cargo transportation vehicle and will have the same diameter as Cygnus (3.07 m) while being 6.1 m long — one meter longer than Cygnus — to meet habitable volume needs for future Gateway crews.

As with Cygnus, Thales Alenia Space of Italy will build the HALO’s pressure vessel, which will consist of three docking ports for future expansion of the outpost with additional modules and to provide the Orion and Dragon XL spacecrafts places to connect to the lunar station.

“A lot of the same tooling and welding apparatus will be utilized in the production process at [Thales Alenia Space] and a very similar analysis to the overall structure of the vehicle itself will happen,” added Mr. Hastman.

Moreover, Cygnus, in its role as a cargo vehicle, is not required to carry the extensive Environmental Control and Life Support System HALO will have to in order to perform its duty of keeping a crew alive and safe in lunar orbit.

“The thermal environment here is more challenging than the one in Low Earth Orbit.  So we have to have an active thermal control with coolant loops and heat exchangers.  The Space Station has that too, but this is the first element [of the Gateway], so that will be key,” said Mr. Hastman.

Overall, the ability to test PPE and HALO together on the ground and launch them as a single stack not only provides a better way to test the interconnectivity of these two critical elements of the outpost before liftoff but also saves money and lowers the overall risk of the project.

“You can retire a lot of uncertainties by testing combined in that way.  And you’re eliminating a launch and one of the dockings.  So from a risk perspective, from NASA’s perspective, it’s definitely a better way to go.”

Integrating on the ground:

HALO and PPE will be built separately and meet at the launch site a few months prior to their scheduled departure from Earth.  While final timelines have not been determined, Mr. Hastman anticipates that both elements will be brought together roughly three to four months prior to liftoff.

“The way NASA has it envisioned is that we’ll both meet at the launch site and integrate [there].  Generally, you want to give yourself a month and a half or so of integrated operations before you start operations with the launch vehicle, so you might show up several months before launch.  Like three or four.”

Exactly who will perform the final integration and testing is not yet confirmed but is part of a pending contract modification that holds the potential for Northrop Grumman to be the responsible agency. 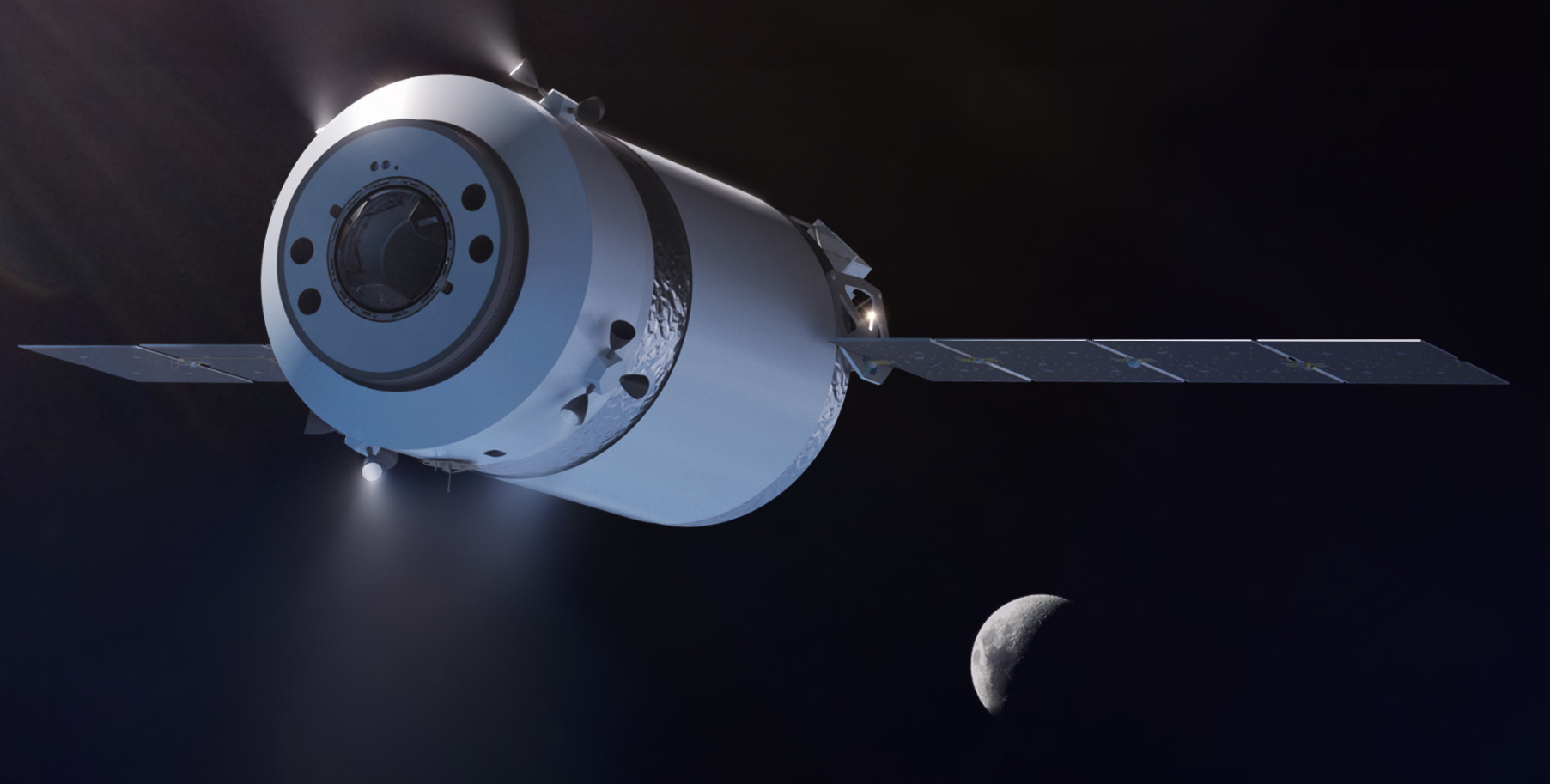 The decision to integrate on the ground also made interagency cooperation between Northrop Grumman and Maxar a little easier.

“We still needed to dock with them on orbit [under the original plan], so from that standpoint, we had already worked out a lot of that stuff.  Now, what [launching together] does is help with is the verification and testing,” said Mr. Hastman.

While NASA has not formally announced which launch vehicle has been selected, Mr. Hastman confirmed that the rocket is known to both Maxar and Northrop Grumman.

“In terms of knowing the launch vehicle, you can support multiple launch vehicles in the initial design.  But knowing the vehicle early helps you fine tune your analysis so you can reduce some of the margins carried by maintaining multiple platforms.”

Internal NASA documents have already revealed that the Falcon Heavy from SpaceX is the launch vehicle for the mission, though when the agency will choose to make a formal announcement is unknown.