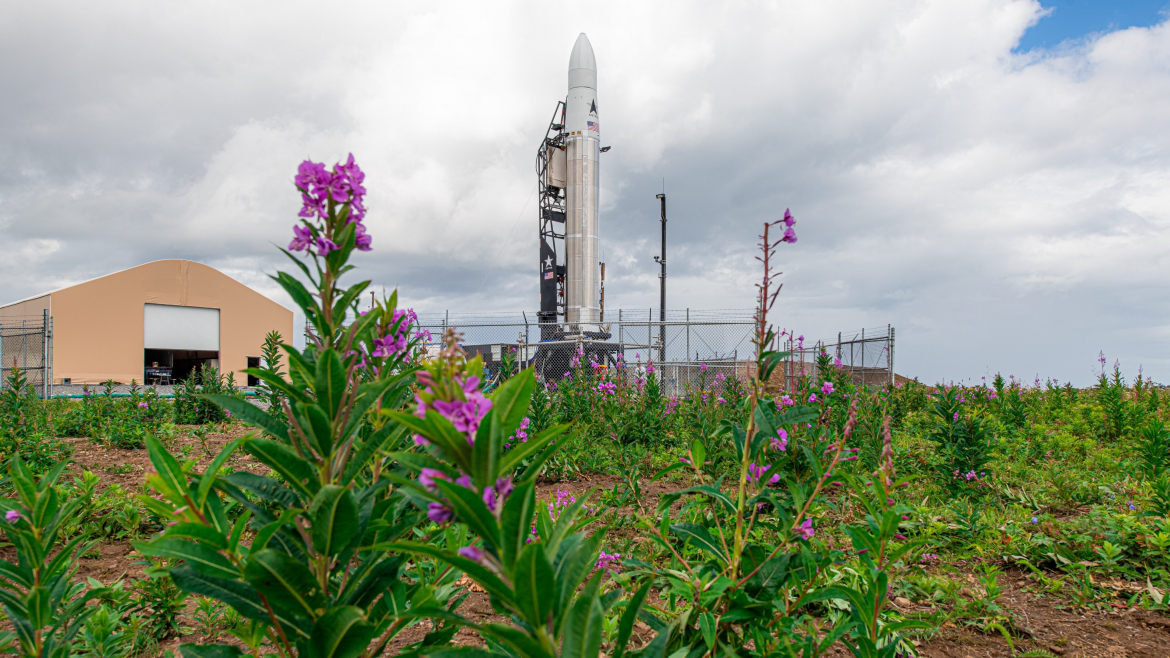 The mission failed shortly after launch during first stage flight.

This launch attempt was the latest following a series of scrubs and delays as Astra’s launch team has fought weather conditions, a boat entering the range and failing to evacuate, and technical issues including a problem with the sound suppression system.

This launch was the third for Astra, following two flights from the Pacific Spaceport Complex Alaska in July and November 2018, respectively. These flights were originally believed to be failures. However, Astra stated that the first (designated Rocket 1.0) was successful and that the second (Rocket 2.0) was “shorter than planned.”  Neither rocket was designed to reach orbit, as they did not have functioning upper stages.

The Alameda, California-based company was previously notorious for operating in almost complete secrecy, as very little was known about their vehicles, testing campaigns, and launch attempts. The only public sighting of an Astra rocket – which was Rocket 1.0 – was by a news helicopter in early 2018 at the former Naval Air Station Alameda. 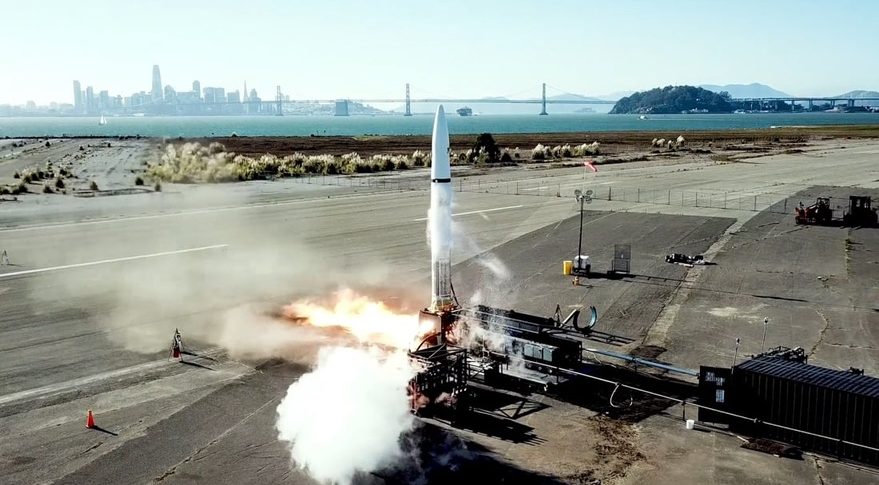 However, in early 2020, Astra went public with their efforts and subsequently released information about their operations.

This was done ahead of their first planned launch for the Defense Advanced Research Projects Agency’s (DARPA’s) Launch Challenge, in which three aerospace companies – Astra, Vector Space Systems, and Virgin Orbit – were chosen in March 2019 to demonstrate rapid launch capabilities by taking two missions to low Earth orbit from separate launch sites.

The provider who completed the first flight successfully would have received a $2 million prize from DARPA and would have been eligible to perform a second successful launch for the agency in exchange for a $10 million grand prize.

Vector Space Systems entered their Vector-R rocket into the competition while Virgin Orbit submitted their air-launched LauncherOne. Astra entered their Rocket 3.0, which was capable of delivering a 150 kilogram (330 lb) payload to a 500 kilometer (310.6 mile) Sun-synchronous orbit.

In September 2019, Vector announced their withdrawal from the DARPA Launch Challenge after losing major funding the month before, thereby leaving two companies to compete for the monetary prizes. Virgin Orbit then dropped out the following month so as to shift their focus towards bringing their LauncherOne vehicle into operation.

We fixed yesterday's sensor issue and Rocket 3.1 is ready to lift off from Kodiak during today's 7:00 – 9:30pm PT launch window! Weather is currently 30% favorable.

This left Astra as the sole contestant and enabled the company to prepare for their first launch without the threat of competition for the grand prize.

Astra rolled their Rocket 3.0 vehicle to their custom-built launch pad at the Pacific Spaceport Complex Alaska in mid-February 2020 ahead of the first orbital launch, which was scheduled to take place anywhere from late-February to early-March. However, a series of delays caused the launch to slip to the final day of the DARPA Launch Challenge window, eventually culminating in a scrub at T-53 seconds on March 2 due to a ground support equipment issue.

Since Astra had run out of available time for the first flight of the Launch Challenge, they were not eligible for the prizes put out by DARPA. However, the company made efforts to return to the launch pad and conduct the flight regardless, sans the payloads that DARPA had manifested for the competition.

However, shortly after completing a fueling test ahead of launch in March 2020, an anomaly occurred on the pad leading to the loss of the vehicle. According to Astra CEO Chris Kemp, a valve became stuck open during detanking, which led to an over-pressurization event. No personnel were harmed as a result of the anomaly.

Say hello to Rocket 3.1, our orbital launch vehicle that just passed its 2nd static hotfire test with flying colors. Having completed testing, Rocket 3.1 is now packed up and on its way to Kodiak, Alaska for our first orbital launch attempt!

In June 2020, the company announced they would return to the Pacific Spaceport Complex Alaska for another launch attempt, with the opening of the window initially set to take place on July 20 before being rescheduled for August 2 before finally launching on September 12 (UTC).

This was the first flight of Astra’s new “Rocket 3.1”, which features incremental design improvements over the previous iterations in the Rocket series. The vehicle is a two-stage rocket, with the first stage being fueled by RP-1 (a highly-refined form of kerosene) and liquid oxygen, or LOX.

Rocket 3.1 features five first stage engines, named “Delphin” (a dolphin-like Greek sea deity). The engines are arranged in a pentagon pattern, which differs from other five-engine arrangements. Notably, the five engines on the first and second stages of the behemoth Saturn V Moon rocket were arranged in a “quincunx”, or cross formation.

The Delphin engines are powered by electrically-driven turbopumps, similar to the Rutherford engines manufactured by Rocket Lab to power their Electron rocket.

Like its predecessor, Rocket 3.1 was designed with simplicity and portability in mind. The simplicity stems from the construction of the rocket’s aluminum fuel tanks, which reduces cost and simplifies the manufacturing process. The portability aspect is shown in the rocket’s size, as it can be easily packed into a standard shipping container for transport to the launch site.

Once there, the rocket was unpacked and integrated onto its launch mount. The company successfully completed a Wet Dress Rehearsal on the pad on July 31, running through the pre-launch countdown and fueling procedures.

According to Adam London, the co-founder of Astra and the company’s Chief Technology Officer, Rocket 3.1 did not carry any payloads inside its fairing in order to increase performance margins on the vehicle.

This mission served as the first iterative attempt for the company to reach orbit. As such, Astra stated that the outcome of the mission would be determined by the performance of the first stage, with total success being defined as a nominal, full-duration burn. 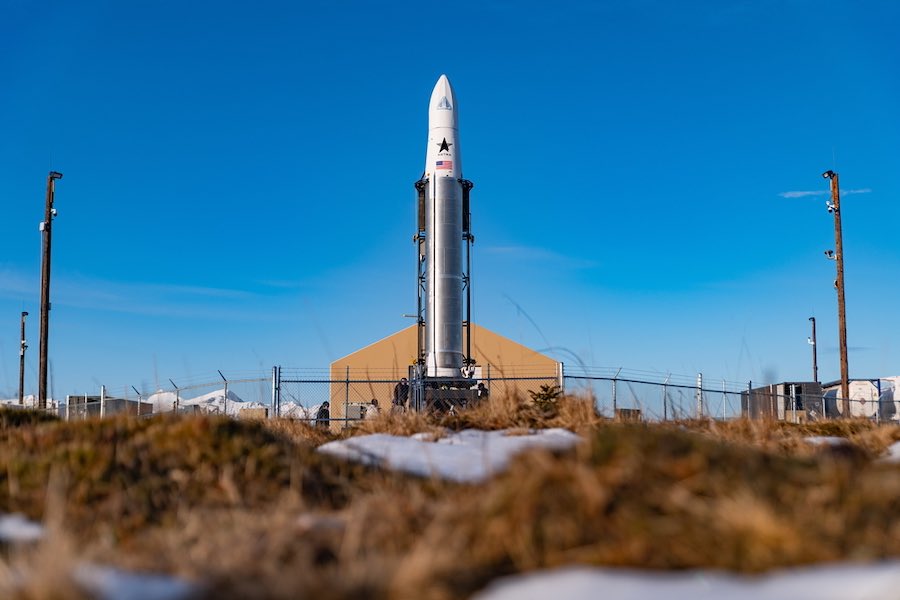 For the initial flights of Rocket vehicles, Astra will launch out of the Pacific Spaceport Complex Alaska. From there, they will be able to reach polar and Sun-synchronous orbits.

In addition to Kodiak, Astra plans to activate a second launch site located in the Marshall Islands. This will allow the company to reach low-inclination orbits, thereby allowing more flexibility for customers who are searching for low-cost transport to low Earth orbit.

Astra has over a dozen launch contracts signed, but it is currently unknown when – or wherefrom – they will launch.

Juno and the case of Jupiter’s missing ammonia