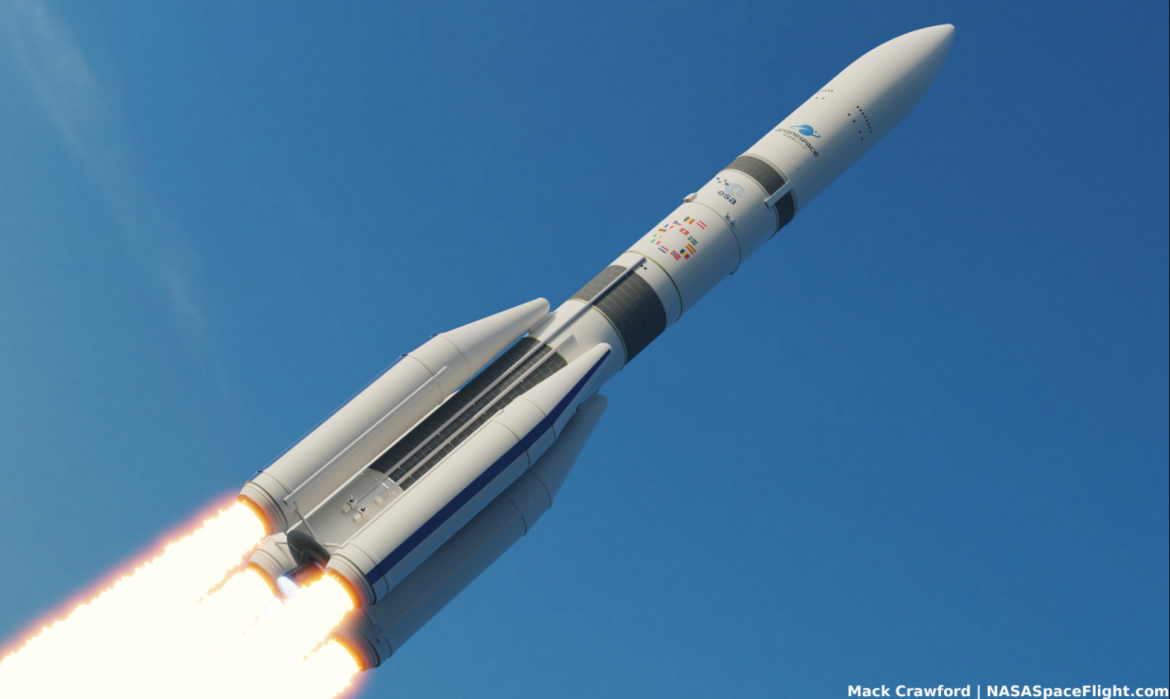 Three flagship European Space Agency (ESA) projects have or will reach critical milestones this month, both on Earth and in space.

On the ground, the Agency’s upcoming Ariane 6 launcher’s solid rocket boosters passed their final test firing while the James Webb Space Telescope — a partnership with NASA and the Canadian Space Agency — completed environmental testing and is on track for launch next year.  Meanwhile, the ESA/Japan Aerospace Exploration Agency (JAXA) BepiColombo mission to Mercury will make a course-altering flyby of Venus on 15 October.

The final qualification firing of the new P120C solid rocket booster that will help power the Ariane 6 rocket was successfully conducted on Wednesday, 7 October at the Guiana Space Center in French Guiana.

The P120C is a replacement for the P80 and boasts manufacturing enhancements and upgraded performance over its predecessor.  As part of the streamlining and upgrading elements of the design, the P120C will serve as both the first stage of the upcoming Vega-C rocket as well as the side-mounted solid rocket boosters for Ariane 6.

When flown, they will become the largest and most-powerful single-piece solid rocket motors in history.

The test on 7 October of Qualification Motor 2 (QM2) ran for the full duration of 130 seconds and produced a maximum thrust of 4,500 kN (1,011,640 lbf).  The motor casings for the P120C boosters are built by Italy, with France providing the nozzle and Norway supplying the ignitor.  The propellant is cast in French Guiana.

This was the third and final test firing of the new P120C booster but the first with the motor configured as it will be for Ariane 6.  As such, the teststand required some modification for mechanical and avionics adaptations due to the differences between the Vega-C configuration of the booster, used for the first two tests, and the Ariane 6 configuration used for the final test.

“This firing of the P120C motor paves the way for its use on Ariane 6,” said Stefano Bianchi, Head of Space Transportation Development at ESA.  “It is proof of the hard work and dedication of all the teams involved who have made this test possible despite the COVID-19 crisis.  This accomplishes an important milestone towards flight.”

A quick-look at the data revealed no anomalies and within expectation performance of the booster, though a full analysis and inspection of all components will follow and confirm the readiness of the design to fly with Ariane 6.

Moving from South America to North America, another major pre-flight milestone occurred for the James Webb Space Telescope, of which ESA and the Canadian Space Agency are primary partners with NASA. 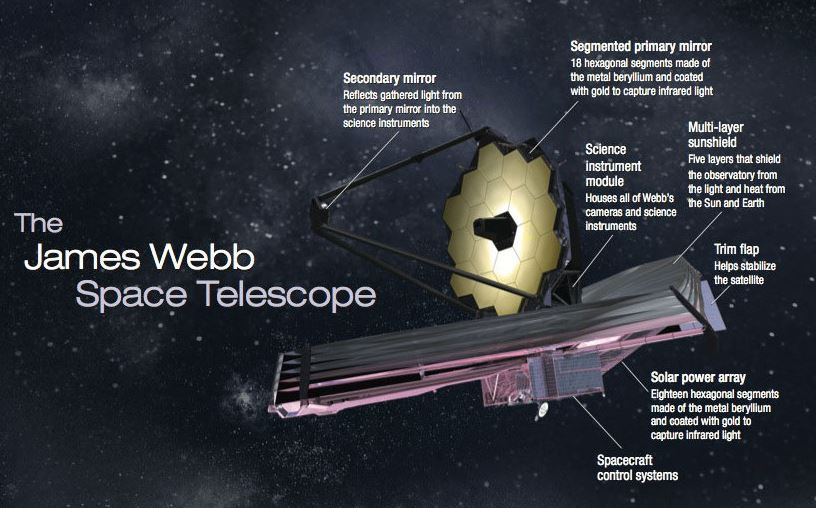 Earlier this week, James Webb successfully completed all of its environmental testing, designed to verify and ensure the telescope can survive the rigors it will be exposed to during launch aboard an Ariane 5 rocket next year.

“Environmental testing demonstrates Webb’s ability to survive the rocket ride to space, which is the most violent portion of its trip to orbit approximately a million miles from Earth.  The multinational group of individuals responsible for the execution of the acoustic and vibration test is composed of an outstanding and dedicated group of folks who are typical of the entire Webb team.”

For the launch sound portion of testing, James Webb was taken into an acoustic chamber and bombarded with 140 decibels tuned precisely to the spectrum of Ariane 5.  After acoustic testing was complete and the data reviewed and verified, the telescope was taken to another facility where the vibration loads of the Ariane 5 were simulated.

“Through the team’s dedication, hard work, and just pure excitement in being a part of this complex test, it was a complete success!  I have known these individuals for many years and it’s been an honor to work with each one of them,” said Sandra Irish, Webb Mechanical Systems Structures Engineer Lead for NASA’s Goddard Space Flight Center.

The testing team was composed of an international group of engineers and technicians from the United States and Europe and required coordination between nine time zones.

James Webb will now undergo a final full extension of its primary mirror and sun shield, to be followed by a complete systems evaluation before NASA, ESA, and CSA clear the vehicle for transportation to the Guiana Space Center for launch.

At this time, liftoff remains on track for 31 October 2021.  An international effort, the telescope’s design, build, and integration was accomplished via the cooperation of 258 companies, agencies, and universities spread across the United States, Europe, and Canada.

Meanwhile, millions of kilometers from Earth, the flagship ESA/JAXA BepiColombo mission to Mercury is preparing for a close approach flyby of the planet Venus on 15 October.

Launched 20 October 2018 aboard an Ariane 5 rocket, the BepiColombo mission requires nine gravity assists to slow itself down and alter its trajectory enough to be captured into orbit of Mercury in December 2025.

The first of these flybys occurred with Earth on 10 April 2020 and marked the spacecraft’s only return to its home planet during its mission.

The flyby of Venus on 15 October will be the first of two planned encounters with the Venusian system, while an additional six interceptions of Mercury are required prior to the orbit insertion maneuver.

Closest approach to Venus will occur at 03:58 UTC on 15 October at a distance of 10,720 km, during which instruments on both the Mercury Planetary Orbiter (ESA) and the Mercury Magnetospheric Orbiter (JAXA) portions of the BepiColombo mission will be activated to help study the Venusian atmosphere and environment.

These observations will be made in coordination with JAXA’s Akatsuki Venus Climate Orbiter and the Earth-orbiting Hisaki Spectroscopic Planet Observatory.

BepiColombo will again encounter Venus, for the second and final time, on 11 August 2021, when it will pass just 1,007 km from the planet.

NASA, JAXA look to Sun to understand life in other star systems