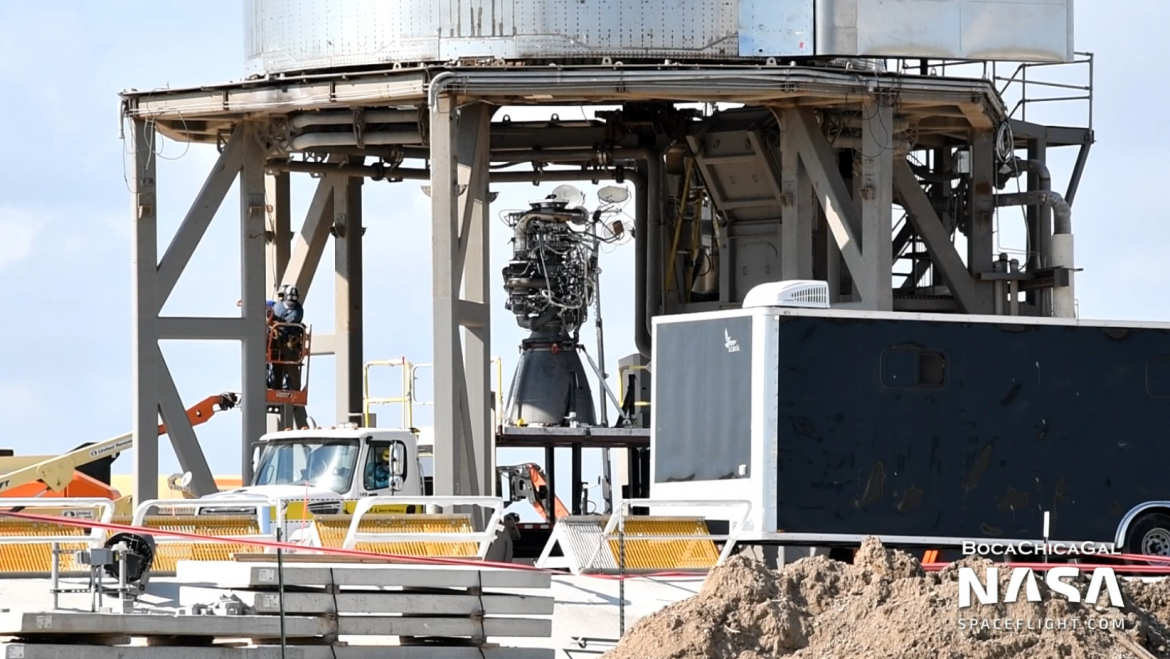 Installation of the three Raptors that will power Starship SN8’s unique test flight began on Sunday at SpaceX Boca Chica. The brand new engines will be the focal point of a test program that will involve at least two Static Fire tests ahead of a test flight to 50,000 feet.

SN8 underwent a total of three cryo proofing tests during the week. The first was deemed acceptable per the test parameters, but a small leak “opened up near the engine mounts, possibly due to differential shrinking,” according to SpaceX Chief Designer and CEO Elon Musk.

The repair was completed in time for a second test the following night, which appeared to show SN8 fully loaded with LN2 (Liquid Nitrogen), but without any reference as to how it went from Elon. Roadblocks were then called for the third time, pointing to another test 24 hours later.

This time the test concluded with Elon noting cryo proofing was a success.

With this milestone complete, the Thrust Rams were removed from underneath SN8 to make room for installing the three Raptor engines.

These rams are used to mechanically simulate the forces of engine thrust on the Thrust Puck in the vehicle’s aft.

With Raptor installation beginning on Sunday, Starship testing is now entering a new phase that will include numerous firsts.

The first Raptor engine (Serial Number unknown) is being installed on Starship SN8. Raptor SN39 will be the next engine to be installed. 🤩🔥🚀@NASASpaceflight https://t.co/9sTD7p0vVz pic.twitter.com/ihGmslAlHX

Once the Raptors are installed, Starship SN8 is expected to undergo an extensive test program, opening with fueling tests, a spin prime test, and preburner tests, before the first Static Fire test.

That opening Static Fire test will be the first time three Raptors have been fired up simultaneously.

Once that opening Static Fire test has been completed, a data review will be conducted on engine performance and related systems – such as the Ground Support Equipment (GSE) – which will allow the nosecone to be installed on to SN8 at the launch site.

Work on preparing the aero surfaces for the nosecone is currently taking place at the Production Site, before an expected rollout to greet SN8.

Once the full stack is mated, a second Static Fire test is expected – this time with the propellant supplied from the Header Tank inside the nosecone.

Should all go to plan, SN8 will then be prepared for launch to 50,000 feet, before a return via the use of the installed aero surfaces, and a relight of the engines for a landing burn that will hopefully conclude in a touchdown on the nearby landing pad.

SN8’s test flight is highly ambitious and  – just like any first-time test flight – holds some risk of failure.

SpaceX is more than prepared for this eventuality, with Elon citing such potential as being mitigated by having numerous future Starships ready to hop off the bench.

Starship SN9 is currently located inside the Mid Bay, while SN10 is preparing for stacking operation in the opposite bay.

The impressive production cadence becomes more obvious when considering SN11 is already deep into preparations for its own stacking, with its Thrust Section flipped and moved.

That was taking place amid the movement of numerous sections that will make up SN12 and likely SN13 vehicles, along with additional sections now in the open air for the Prototype Super Heavy booster – the latter set to be stacked in the near-complete High Bay facility.

Then, on Saturday, Mary’s (@bocachicagal) photojournalism skills achieved the first sighting of hardware related to SN14.

The Methane Downcomers have been arriving en-masse into Boca Chica over recent weeks, almost to the point it was easy to lose count on which hardware was related to what Starship. However, this downcomer was clearly labeled for SN14.

This impressive staging of future Starship hardware – amid preparations to stack the first Super Heavy – emphasizes SpaceX’s “Test, Fly, Fail, Fix” mantra of pushing the test regimes of their prototype vehicles to gain valuable flight data that can be fed into upcoming Starships without lengthy stand-downs during the interim turnaround periods.

What remains an unknown is the health of the supply chain for Raptor engines that will fly with these numerous Starships.

With the youngest Raptor to arrive at Boca Chica for SN8 being Raptor SN39 (joining SN32 and SN30), some future cadence can be gained by monitoring engine testing at SpaceX’s test facility in McGregor, Texas.

Elon noted that SN40 was being tested on the Tripod Stand back in August.

SN40 is about to be tested & has several upgrades over 330 bar engine. For reference, 330 bar on Raptor produces ~225 tons (half a million pounds) of force.

Several engines have since passed through the three test stands at the facility, mostly through the two bays on the horizontal test stand, which also recently hosted the first RaptorVac engine.

This past week, Gary Blair (a local from the area and NSF member who flies past the facility on regular occasions and posts photos to L2 McGregor) spotted two more sea-level Raptor engines in the bays as SpaceX pushes through towards the SN50 range of Raptors. 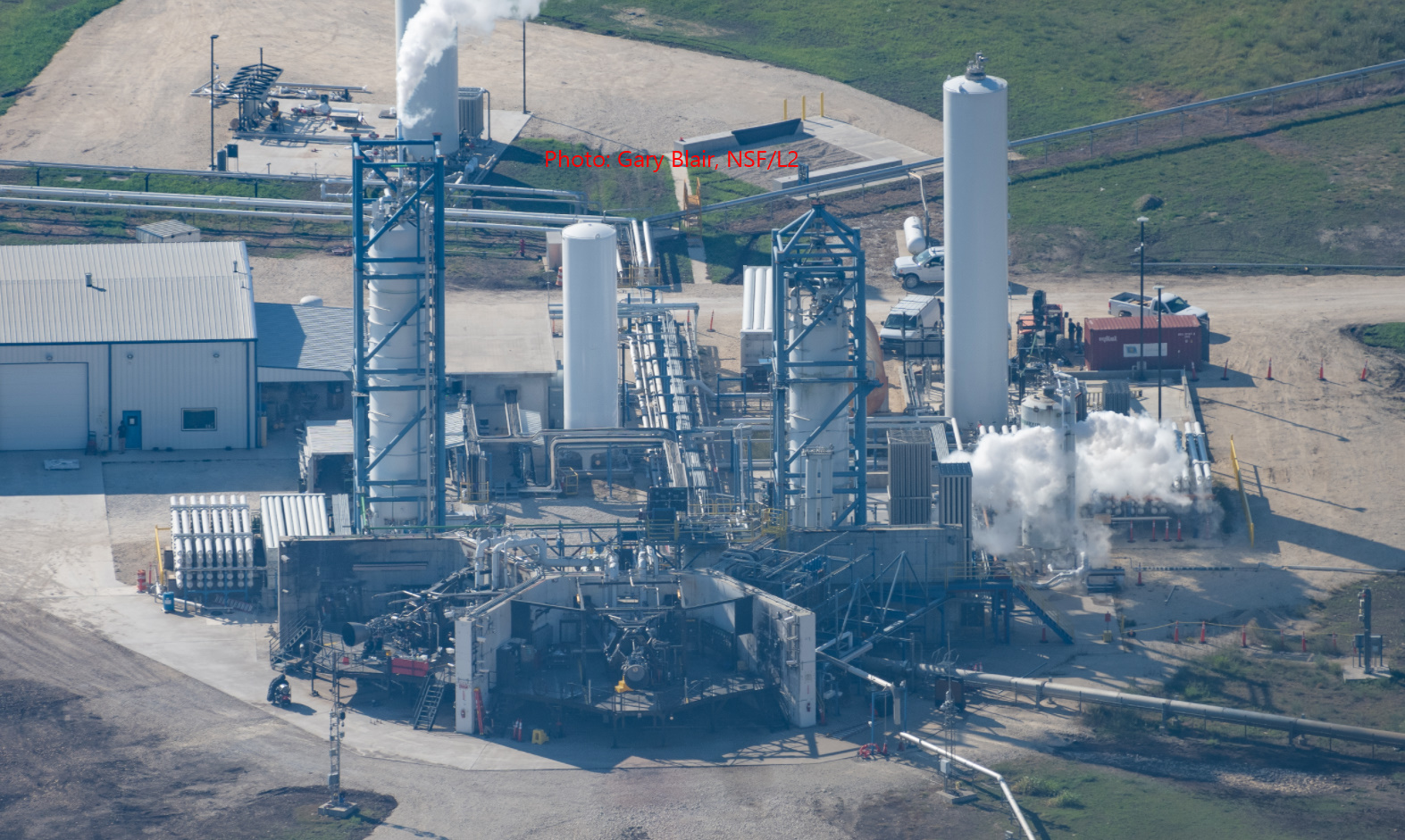 Two new Raptors on the McGregor test stand. Photo from Gary Blair NSF/L2 from a plane.

Considering several Raptors may also be refurbished for testing, such as the recently returned SN29 that successfully flew during Starship SN6’s hop, a rotation of flight-proven Raptors could complement the test schedule for future Starships. After all, these engines are designed with reusability at their core.

For now, all eyes will be on SN8’s test series, taking Starship one more step closer towards next year’s major milestone of an orbital flight.