NASA, JAXA look to Sun to understand life in other star systems 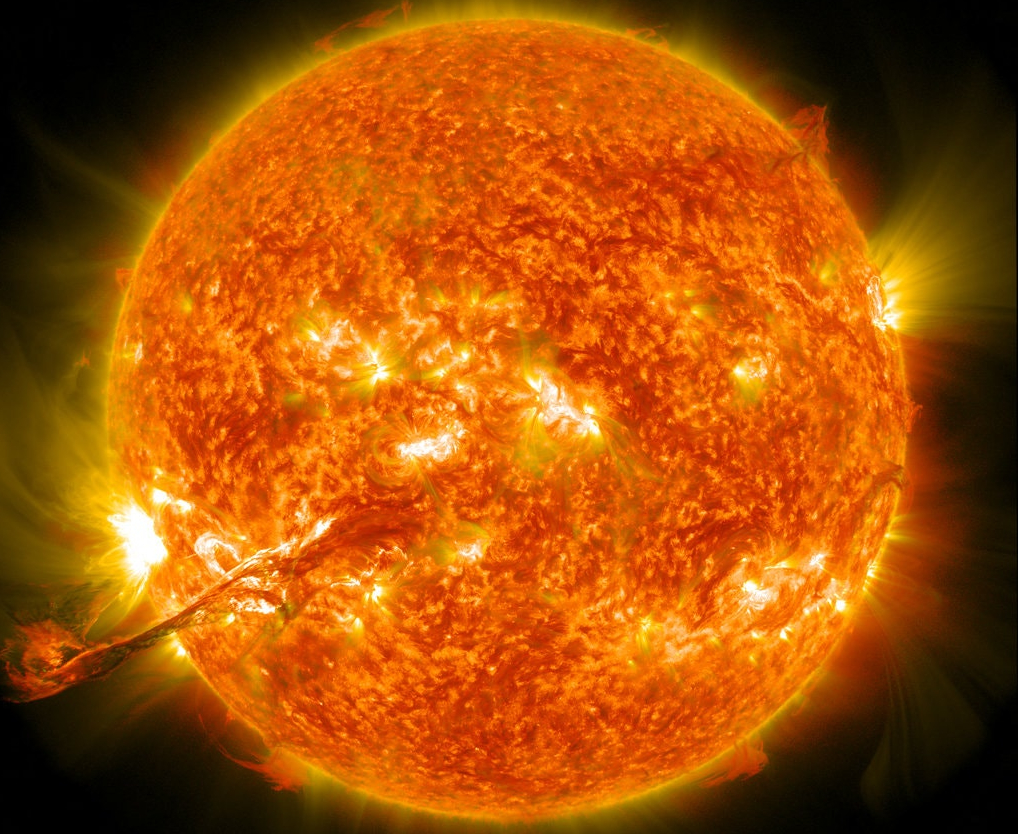 The Sun is both creator and destroyer.  The one that can foster life one second and eliminate it the next.  Most people are familiar with the harmful and hazardous effects the Sun can have to life on Earth if solar flares and Coronal Mass Ejections, and their associated radiation, are delivered in just the right way and at high enough intensities.

But those same sets of destructive forces could actually have helped jump start and aid the formation of life on Earth.  Therefore, searching for solar flares from other stars could provide critical insight into those systems’ potential to support life.

The issue is that solar flares — sudden bright flashes of luminosity near the solar surface in proximity to sunspot groups that release x-rays and streams of highly energetic particles — from other stars are very hard to see given the distances involved.

So if we can’t see solar flares on other stars that easily, scientists examined ways to detect the activity without actually seeing it.  As it turns out, this is where sunspots, darkened patches on the Sun’s surface of concentrated magnetic flux, become useful because of what they are almost always precursors to: solar flares.

But even then, seeing sunspots on other stars as we do on the Sun is again not possible given the distance and resolution capabilities of telescopes.

“Using solar observing satellites, we can resolve signatures on the surface [of the Sun] 100 miles wide,” said Dr. Vladimir Airapetian, co-author on the study and astrophysicist at NASA’s Goddard Space Flight Center.  “On other stars you might only get one pixel showing the entire surface.” 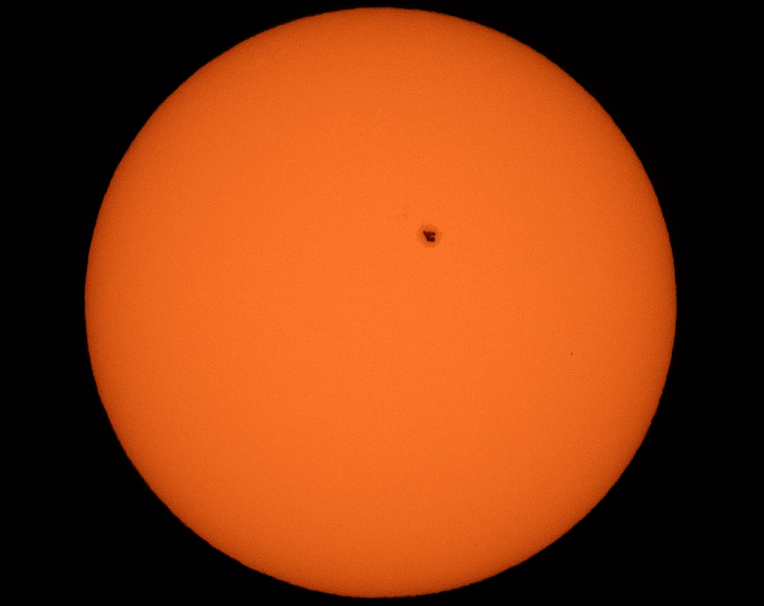 This is where the dark nature of sunspots becomes useful as a dark surface will lower the amount of light reaching the observer.

“We wanted to know what a sunspot region would look like if we couldn’t resolve it in an image,” said Dr. Shin Toriumi, lead author on the paper published in Astrophysical Journal and scientist at the Institute of Space and Astronautical Science at the Japan Aerospace Exploration Agency (JAXA).

To do this, Dr. Toriumi and the team turned to the Sun and data from NASA’s Solar Dynamics Observatory and the joint JAXA, NASA, U.K. Hinode mission.  “We used the solar data as if it came from a distant star to have a better connection between solar physics and stellar physics.”

The international team observed sunspots at low-resolution to give the Sun the appearance of being trillions of kilometers away and created a simulated view of what other stars would look like if sunspots were present on their surface.

This required finding a period when Hinode and the Solar Dynamics Observatory witnessed the transit of a single isolated sunspot group across the surface of the Sun, which was highly complicated given there are usually either multiple groupings of sunspots during solar maximum periods or no sunspots at all during solar minimums.  Rarely is there ever just one.

Nevertheless, the team identified a few instances of such events in a decade’s worth of data from Hinode and the Solar Dynamics Orbiter.  What the investigation revealed is that when observed in the visible light spectrum, the amount of light reaching the observing telescope was dimmer when the sunspot group was in the center of the star and brighter when the group was on either side.

This was an expected observation as the dark sunspots would reduce a star’s luminosity when centrally located and would conversely create greater luminosity when on the sides as their intense and bright magnetic fields become visible.

The team also examined the x-ray and ultraviolet light spectrums of the sunspot passages, which showed the solar atmosphere above sunspots brighter at these wavelengths because of magnetic heating occurring in a star’s atmosphere.

Intriguingly and unexpectedly, the team also observed that, in certain spectra, this same heating could actually cause a dimming in the light observed from the surrounding, lower temperature atmosphere.

“So far we’ve done the best-case scenarios, where there’s only one sunspot visible,” noted Dr. Toriumi.  “Next we are planning on doing some numerical modeling to understand what happens if we have multiple sunspots.”

That last part is rather crucial, as like our Sun, other stars in the observable part of this galaxy vary between periods of solar maximum and minimum, meaning telescopes would be more likely to observe stars during a time of either multiple sunspot activity or no sunspot activity.

To this end, the team needs to understand how the more dynamic periods of a star’s regular cycle would appear in their measured light curve data when searching for sunspot signatures.

Nevertheless, having a potential base signature from which to start is highly encouraging — not just in the search for life outside this solar system, but also in our understanding of how life first developed on Earth.

Just the right amount of energetic particles — it is theorized — could have provided the final warming of Earth, as our Sun was too dim to account for the temperatures scientists know existed on the planet 4 billion years ago when life first emerged.

The theory holds that solar energetic particles released from the Sun penetrated the planet’s maturing magnetosphere and travelled down the magnetic field lines of Earth into the atmosphere, where they ripped apart molecular nitrogen — which in turn broke apart carbon dioxide, allowing the nitrogen and oxygen to combine to form nitrous oxide.

Nitrous oxide is a powerful greenhouse gas, and if present in a quantity just 1% larger than carbon dioxide, would account for the temperature difference known to exist on Earth vs. what the Sun was capable of warming the planet to 4 billion years ago.

Additionally, theory holds that those intermittent or small outbursts of energetic particles could also have provided the final push of energy needed for the creation of RNA and DNA that then seeded life — as Earth’s magnetic field was not as prominent or strong as it is today and would have let more energetic particles reach the surface billions of years ago.

Therefore, just the right amount of solar activity can foster life in a developing star system whereas too much activity could destroy it.  Measuring the energetic activity of other stars — via sunspot observations — could directly aid understanding of each systems’ potential habitability.